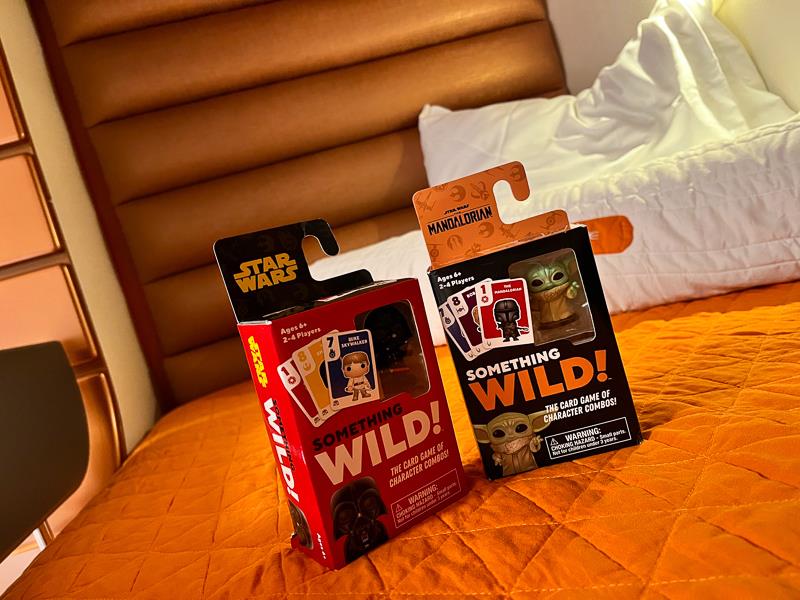 You’ve probably noticed the bounty of awesome Funko board games coming out lately that feature beloved Disney characters and attractions. Each board is full of amazing artwork and awesome Disney details but they all have one thing in common– they need space to play. For the on-the-go gamer or anyone who just wants a quick match without a lot of setup, the Something Wild! Card games from Funko are just the ticket.

This small, easy to set-up, fast-paced game is the perfect companion for any travel day to Disney. If you’ve got some down-time at the airport or are sitting in the lobby waiting for your room to become available this is a surefire way to keep the kids (and the kids at heart) entertained.

How to Play Star Wars Something Wild! 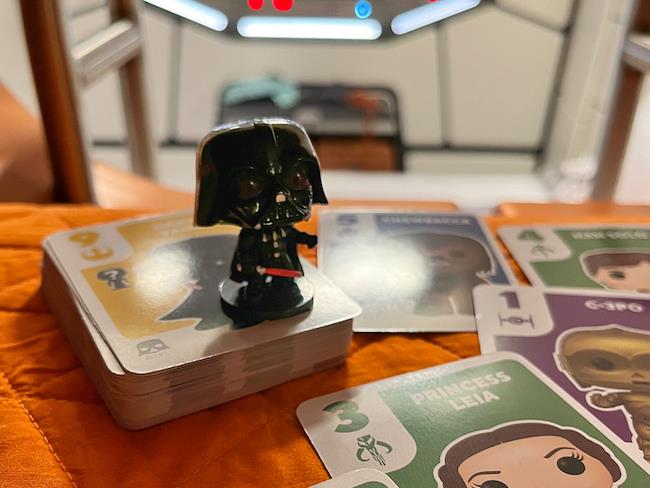 The gameplay in Something Wild! Is easy to pick up and the turns move at a comfortable pace. The goal is to collect a set (three cards of any color with the same number) or a run (three cards of the same color with numbers in order) to score points.

In addition to the regular cards, there are also special power cards that modify the gameplay and can help you score additional points. You’ll need to be in control of the included Funko Pop! figure to activate your power cards. 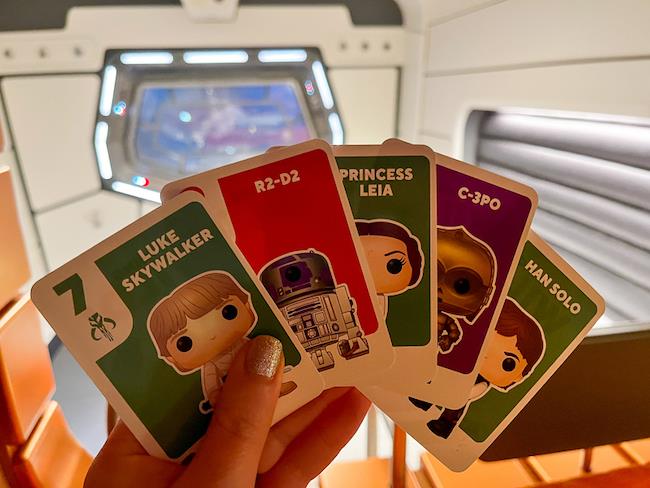 You take turns drawing and discarding cards to complete your sets and runs while vying for control of the Funko Pop! figure to activate any power cards you’ve collected during the game. As soon as a player scores their third power card the game is complete and everyone tallies up their scores to crown a winner. 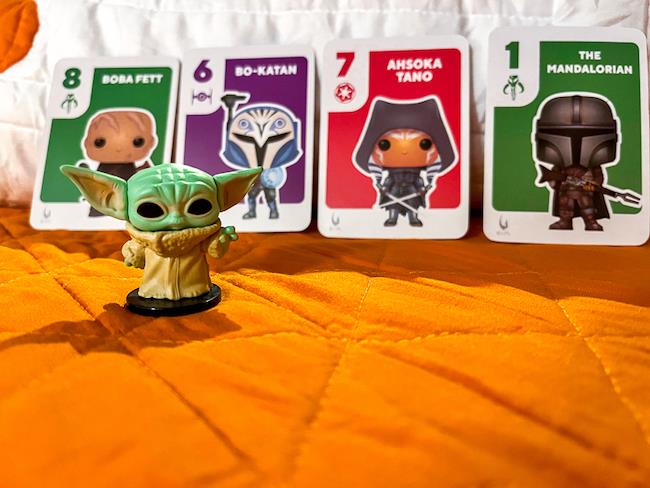 The Mandalorian Something Wild! Photo by Stephanie Shuster

Designed for 2-4 players, one deck is all you need to start playing but my favorite feature of Something Wild! is how you can combine multiple decks to expand the gameplay. Each deck you combine adds more cards, more figures, and more powers which keeps the gameplay fresh and exciting!

We combined two Star Wars decks– one deck featuring a Darth Vader figure and cards with original trilogy characters plus a Mandalorian deck complete with an adorable baby Yoda Grogu figure and characters from the hit tv series.

Blending the OG trilogy with newer Star Wars stories was fun, but the sky’s the limit with these mix-and-match decks. Funko has Something Wild! Decks featuring Mickey Mouse, Ariel, Maleficent, Woody, Iron Man, and so many more. 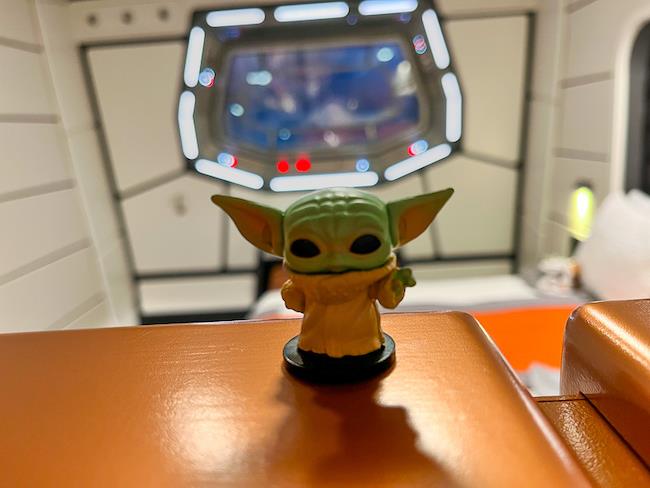 With each deck priced under $9, these compact games are the perfect package to squirrel away and surprise your kids with when they’re feeling bored and restless. It only takes a minute to set up and a full game usually lasts around 15 minutes. Pick up multiple decks featuring everyone’s favorite characters and go wild!