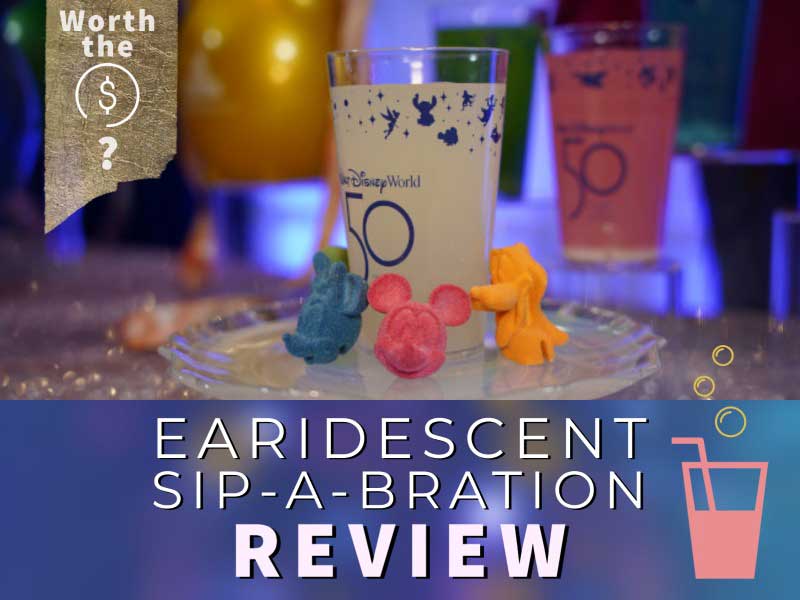 Get the cost, location, and our ad-free review of the Sip-a-bration drink at Disney World

Disney recently announced a huge host of 50th Anniversary foods that will stick around for over a year at the resorts. If you find yourself considering the glittering EARidescent Sip-a-bration non-alcoholic drink, here are our photos and review. 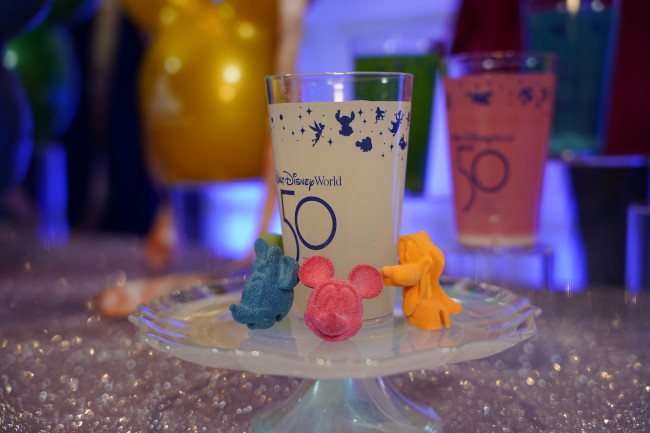 What is it? Minute Maid® Premium Lemonade and Fruity Strawberry Punch, served in a souvenir 50th Celebration Cup. Each cup comes with a fizzy character head that will change the flavor of the drink and add edible glitter.

Location: Available throughout Walt Disney World (keep scrolling for a list of locations), but which character you’ll get could change!

Availability: The full 18 months of the 50th Anniversary celebration, so until Saturday, April 1, 2023. 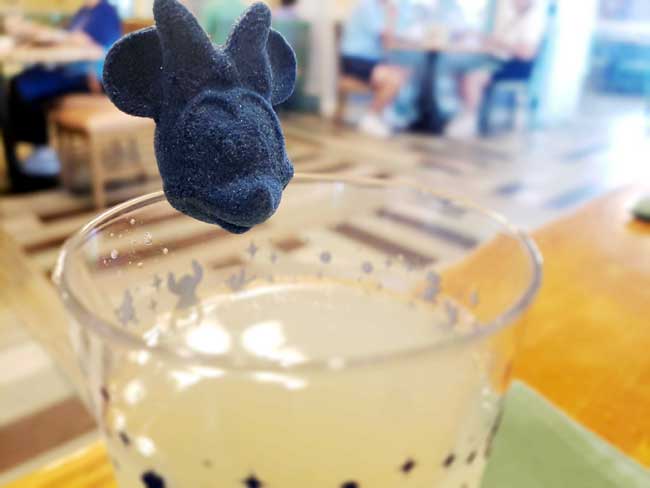 Minnie is poised for a dunk. Photo by Rain Blanken

I tried this drink smack dab on the 50th Anniversary, October 1, 2021, at Olivia’s Cafe at Old Key West Resort.

This drink is all about lending a hand to celebrate the 50th Anniversary of Walt Disney World. You’ll be served a glass of lemonade with a select character poised on the edge.

To “activate” your drink, pick up the character head and give it the old heave-ho, ala a bath bomb. But don’t expect fireworks… the head will sink to the bottom to work its magic in secret.

With a little stirring, you soon have a magical glitter concoction that is so beautiful, you may wonder if it is edible. The color will change to the color of your character head, and the glitter is on another level.

I shy away from lemonade, as many versions tend to be very sugary. Throw in a ball of what amounts to be compressed Kool-Aid and I am ready to nope out.

But I was pleasantly surprised at the tart blue raspberry flavor that Minnie’s head added to my lemonade. Disney kept the lemonade VERY tart so that the flavored bauble does all the sweet work. My husband and I shared the drink, but I could have done fine on my own. It was refreshing and not at all too sweet.

With the interactive element, pretty good taste (not too sweet), and the souvenir cup you get to take home, this one is a special little experience that is worth the $10.00 sticker shock. 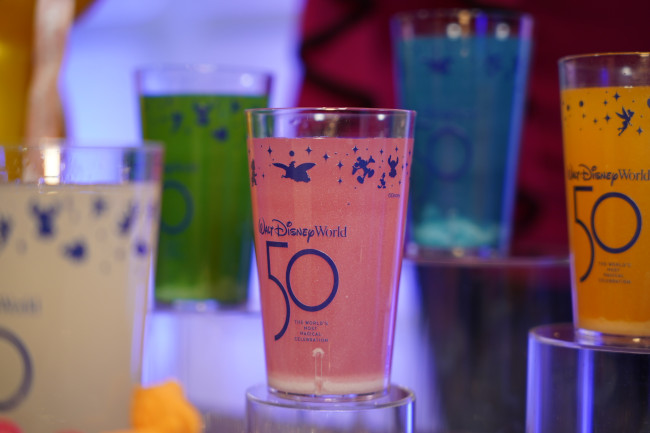 Where to Get the Sip-a-bration at Disney World

The Sip-a-bration is available at Table-Service and lounge locations. Here’s where we’ve seen it:

If you aren’t sure where to find it, just search “Sipa-bration” in your My Disney Experience app.