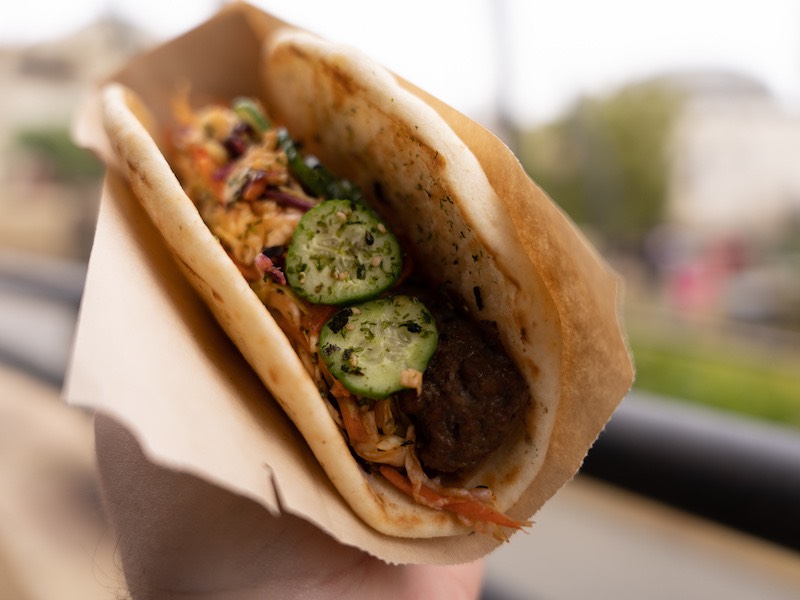 We tried the Ronto-less Garden Wrap, a vegan option on offer at Ronto Roasters in Star Wars: Galaxy’s Edge at Disneyland. Scroll on for our photos and review.

Bright suns! Any intergalactic traveler is bound to work up an appetite during their adventures in Star Wars: Galaxy’s Edge.

Over in California, at Batuu West as we lovingly call it, your taste buds are in for treat when you bite into the Ronto-less Garden Wrap. Keep reading for our honest review of this plant-based option at Disneyland.

Where to Find Ronto Roasters at Disneyland

Tucked into a little corner of Black Spire Outpost, sandwiched between Docking Bay 7 and Kat Saka’s Kettle, Ronto Roasters is ideally positioned for grabbing a bite between shopping for Batuuian treasures in the market and making smuggling runs for Hondo Ohnaka on the Millennium Falcon. 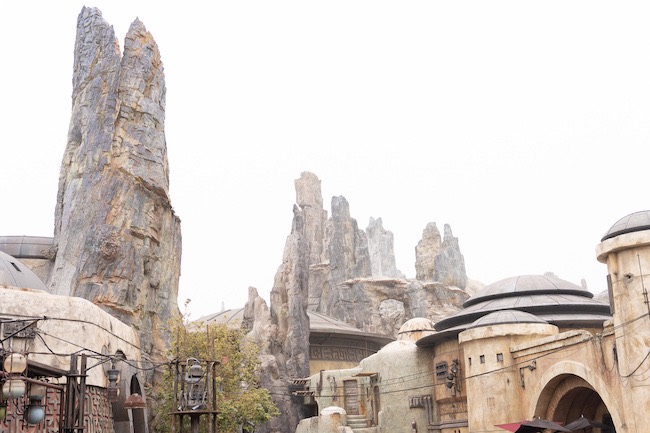 When you spot an 8D-J8 droid rotating ronto meat on a spit in a vaulted corridor, you’ve arrived. There’s almost always a line at this Quick-Service spot, but mobile ordering on the Disneyland app is easy.

There’s plenty of space to wait around or grab a table with your party (I love the open-air feel here, especially the tables that overlook the pathways weaving between Savi’s Workshop and Rise of the Resistance).

If you’re the kind of traveler for whom a little interplanetary jet lag is no match, I’m pleased to report that Ronto Roasters is open for breakfast, lunch, and dinner.

The only change to the menu is in the original Ronto Wrap, which features eggs and cheddar along with a snappy pork sausage in the morning, or roasted pork and tangy slaw with the sausage later in the day. 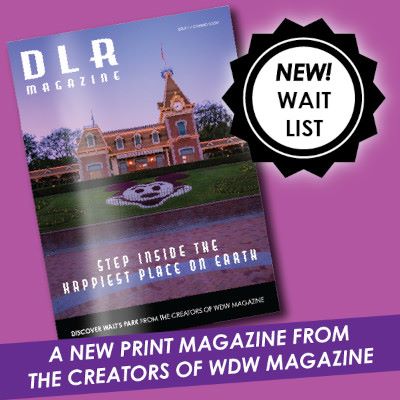 Although it’s an unpopular opinion, I’m not a big fan of the meat-filled Ronto Wrap. It didn’t make my list of the best things to eat on Batuu, and I’ve chosen a meal of Kat Saka’s popcorn over a wrap many times. The Ronto-less Garden Wrap, though, is a game changer. 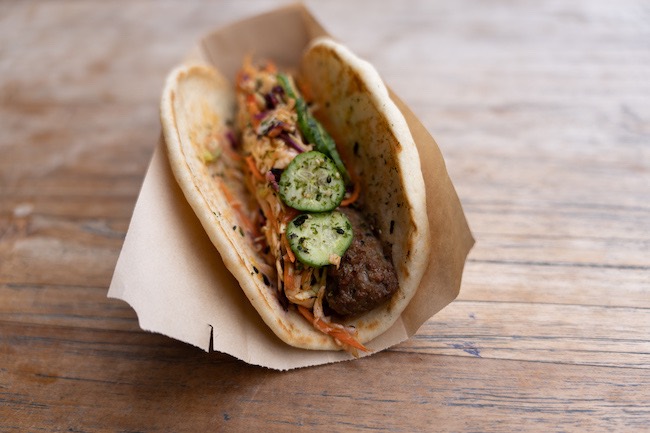 Disney’s commitment to offering plant-based options throughout its parks is something I love, though the execution can be hit or miss. If everything was as delicious as the Ronto-less Garden Wrap, I’d never eat meat at Disneyland again (OK, except maybe at Bengal BBQ …).

The Ronto-less Garden Wrap is made of IMPOSSIBLE plant-based sausage that was surprisingly juicy and flavorful with an herby, savory taste. It was tucked in a warm, chewy pita and topped with some incredible veggies: crispy, sweet pickled cucumber slices that doubled as a presentation element; an oniony kimchi slaw; a plant-based gochujang spread, which has a hint of sesame flavor; and a little sprinkle of seaweed furikake.

Maybe it sounds weird, but I’m telling you: It works! 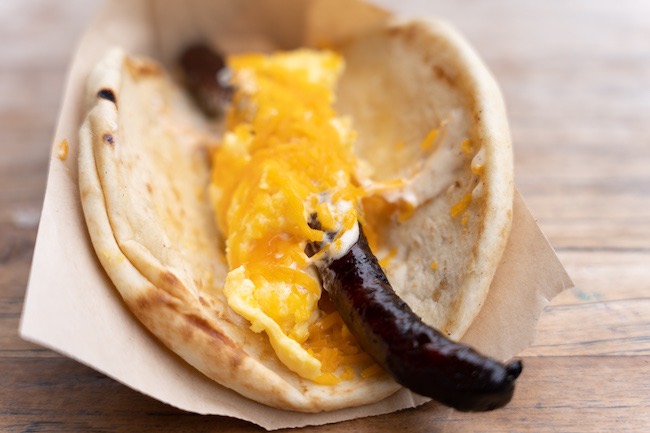 A traditional Ronto Wrap, for comparison. Photo by Danny Shuster

I loved the Ronto-less Garden Wrap, and my Ronto-loving husband said he’d like to order one of each next time it was so good. It’s a filling, flavorful veggie option whether you’re vegan or not. Other than a little heat, I think kids would like it too, especially if they’re into adventurous flavors.

You can check out the menu for Ronto Roasters at Disneyland here.

In Walt Disney World, you’ll find Ronto Roasters at Disney’s Hollywood Studios. While their plant-based Zuchii Wrap is OK, I’d rather have the Ronto-less Garden wrap any day of the Galactic Standard Calendar.

What To Do at Galaxy’s Edge at Disneyland Park

Here’s What We Thought of the Zucchi Wrap, a New Ronto Roasters Plant-Based Menu Item