REVIEW: Disney You Can Fly! from Funko Games 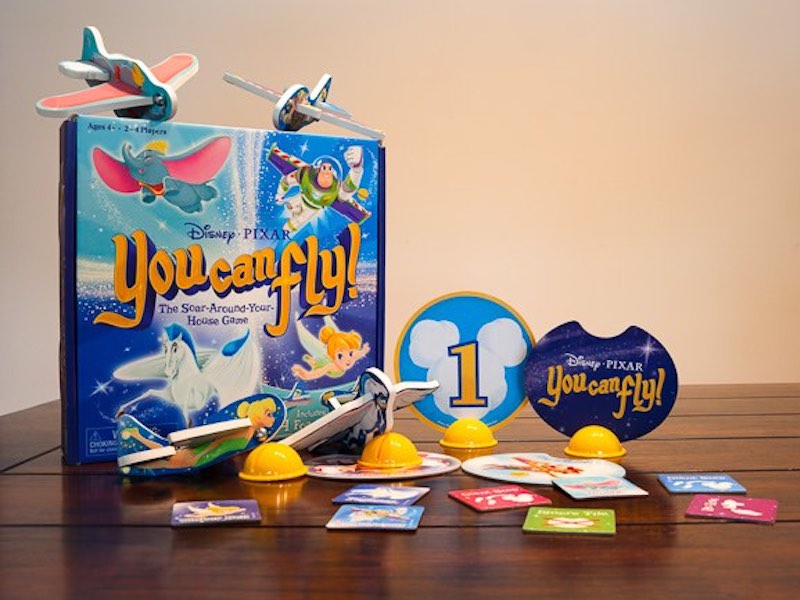 Want to bring the fun of soaring through the Magic Kingdom on a flying elephant back home? Here’s our review of Disney You Can Fly!, a “soar-around-the-house game” from Funko Games.

As a kid I used to love those foam flyers you’d get in birthday party grab bags or at the general store on the way to the cottage, so imagine my delight when I found out that Funko Games came out with a totally “plussed” version of my childhood toy – inspired by high-flying Disney characters, and structured into a fun, easy game the whole family can enjoy together!

Props Provided In Disney You Can Fly! 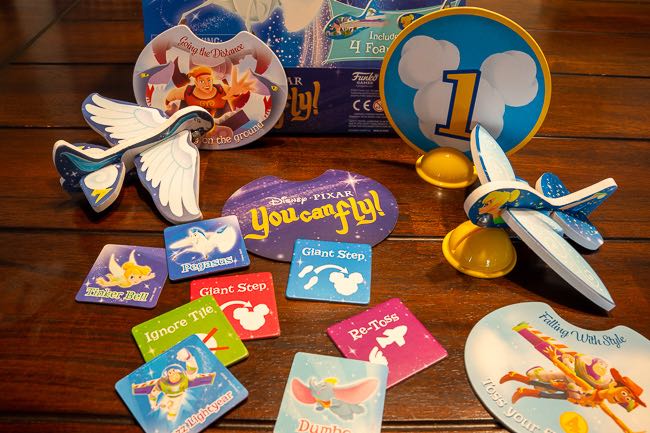 The four foam flyers included with the game are the stars of the show and could create hours of fun on their own. Choose from Buzz Lightyear, Tinkerbell, Dumbo, and Pegasus (Herc’s underrated sidekick). These are ADORABLE, and light enough you won’t worry about them causing havoc when tossed around your house. 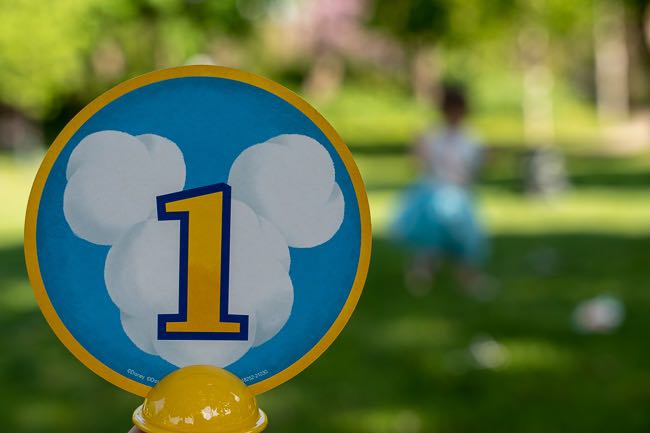 You’ll also find 12 Flight Tiles that give you instructions at each stopping point, 12 Lift Tokens that match your flyer character, and 8 Cloud Markers with little yellow bases. That sounds like a lot of stuff, but it sets up in just a minute making it super easy to get started when your little ones are impatient to play.

How to Play Disney You Can Fly! 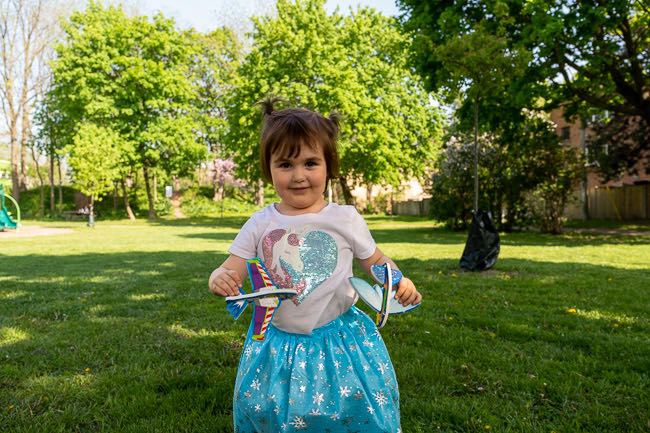 The whole object here is to set up 8 Clouds around your house (or backyard, or the park!), toss your flyers towards the clouds, and earn points by landing your flyer the closest to the cloud. Whoever has the most points at the end wins! 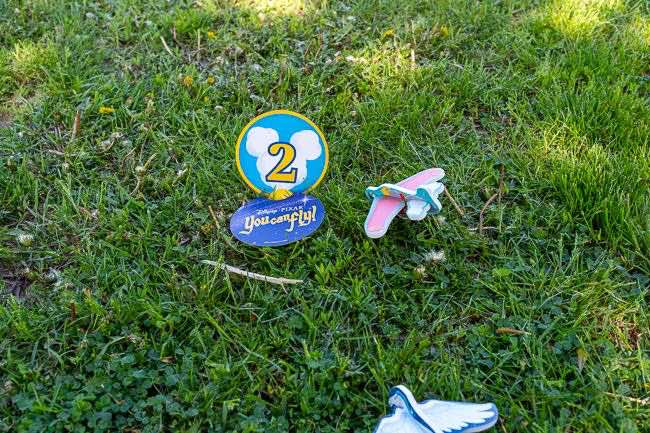 Try landing your flyer as close to the cloud as possible. Photo by Danny Shuster

Sounds simple enough, right? For added fun, when you arrive at each cloud you can flip over the Flight Tile and you’ll get instructions for how to toss the flyers (ex: “Toss over your head”) as well as the amount of points scored for a successful landing. These get shuffled up for each game so it’s always a surprise! 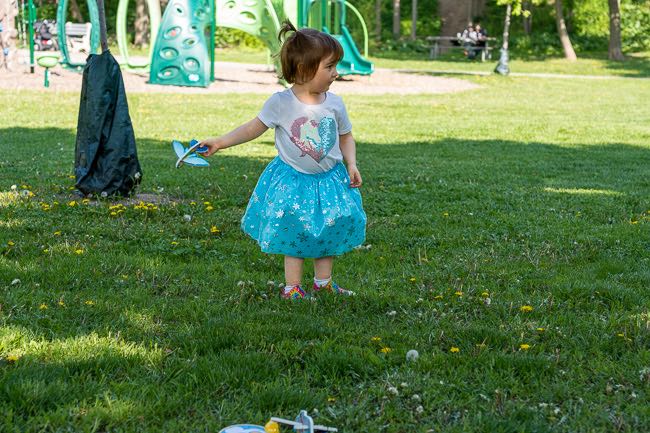 Whoever “wins” that cloud then uses one of their Lift Tiles to pair with the instructions at the next cloud to add a twist like ignoring the Flight Tile to throw however you like or allowing players to take a step closer to the next cloud before tossing their flyer.

Review: Disney You Can Fly! from Funko Games 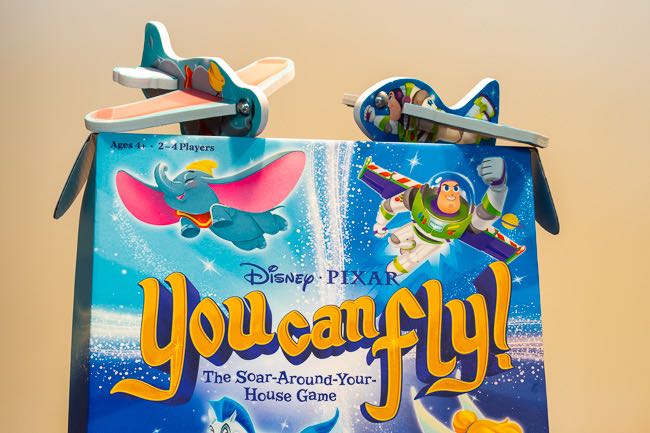 With our littlest companion, we practiced one round of just tossing the flyers from cloud to cloud, before playing the game as directed – it’s meant for ages 4+ but we had no trouble getting our 3 1/2 old niece to play along with this method.

While there is a winner at the end of this game, I really loved the opportunity for all players (up to 4 can play at a time) to have a fresh chance to score points each round (kind of like mini golf!) so no one was ever too far behind, and we had a lot of laughs trying out the differing Flight Tile instructions. 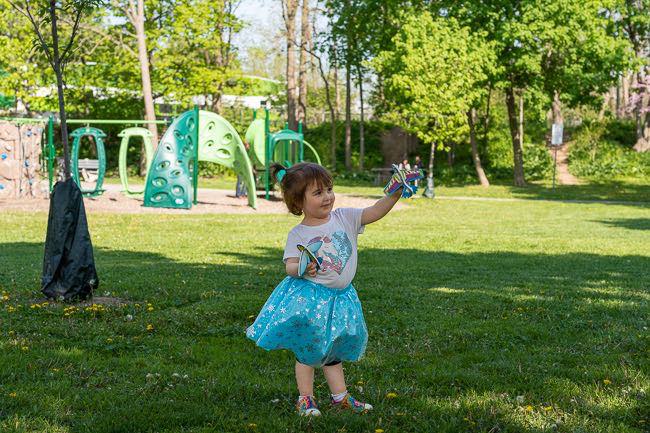 Since spring has finally arrived in our hometown, we decided to play outside in the sunshine, but this would be an awesome rainy day game inside to help kids burn off some energy. It’s a great way to get in some light competition while encouraging everyone to cheer on the other players.

Priced at only $12.99 and packaged in a box complete with a carrying handle, it’s a lightweight, interactive activity that you can play at home or bring on the road wherever your next adventure takes you.

Funko Games’ Disney You Can Fly! is available for purchase online through Amazon and other retailers.