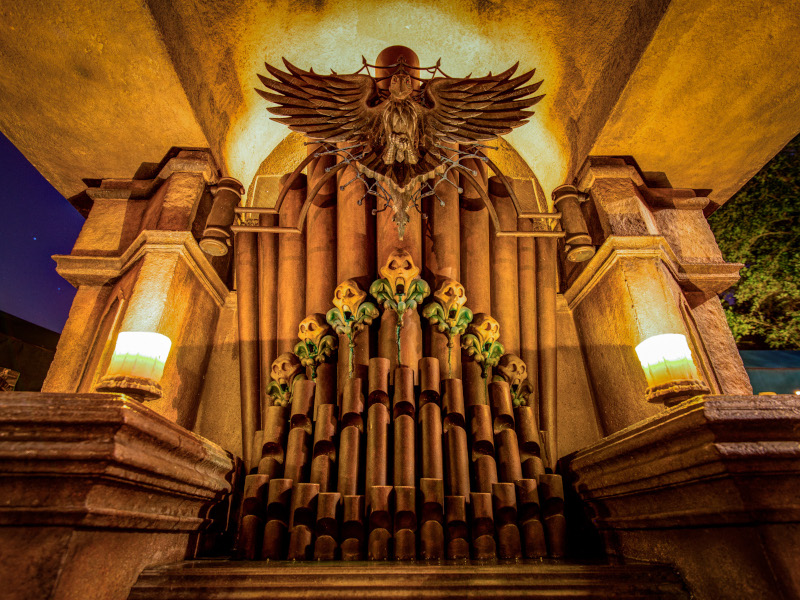 Disney Legend Thurl Ravenscroft brought to life some of your favorite voices in Disney Parks and films. Can you guess where his voice shows up?

What do The Haunted Mansion, The Grinch, Elvis Presley, and Tony the Tiger all have in common?

Thurl Ravenscroft. Don’t know who that is?

You’ve probably already sung along with Thurl Ravenscroft. Each Christmas, he can still be heard crooning, He’s a Mean One, Mr. Grinch on every radio station. I bet you can picture his voice right now! His deep, resounding voice gives life to Kellogg’s Tony the Tiger, the mascot for Frosted Flakes, and you likely recognize his baritone in Grim Grinning Ghosts aboard Haunted Mansion.

Ravenscroft founded The Mellowmen Quartet in the late 1940s, through which Ravenscroft sang with legends such as Elvis Presley and Bing Crosby. This quartet also got Ravenscroft’s first gig with Disney in the movie Pinocchio.

Originally, Ravenscroft’s quartet was meant to sing a song titled “Honest John”, but it ended up on the cutting room floor (catch it on the 2009 DVD release).

Instead, Ravenscroft’s first part in a Disney film does not include his singing voice, as he voices Monstro the Whale. Look for the scene where Monstro sneezes to hear Thurl! 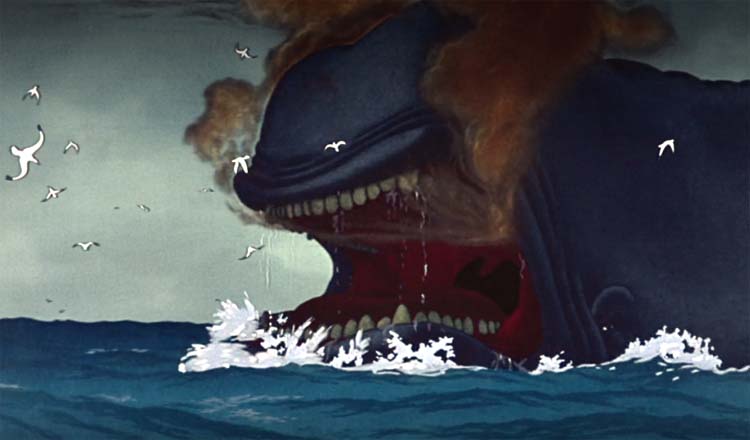 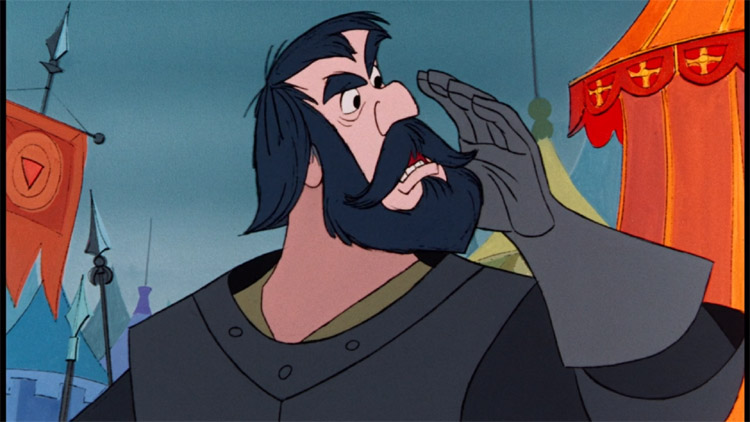 Ravenscroft voices Black Bart in The Sword in the Stone. Image via Walt Disney Studios

These major character parts pale in comparison to the random assortment of background singers Ravenscroft voiced himself, along with The Mellowmen Quartet.

The quartet was brought in to sing in Lady and the Tramp, which also gave Ravenscroft the chance to voice Al the Alligator.

He gave his voice to the backgrounds of The Jungle Book, Cinderella, The Fox and the Hound, Sleeping Beauty, and my personal favorite, The Many Adventures of Winnie the Pooh, where he voices the black honey pot in the Heffalump scene.

Thurl Ravenscroft did more than just Disney movies though. If you travel to Disneyland or Walt Disney World you can hear his voice in Adventureland, Frontierland and Liberty Square!

Thanks to readers like you, we’re able to keep our site free of disrupting ads. Please consider subscribing to our print edition if you’d like to support us directly, and feel free to sign up for our free newsletter so you never miss out on highlights like this. 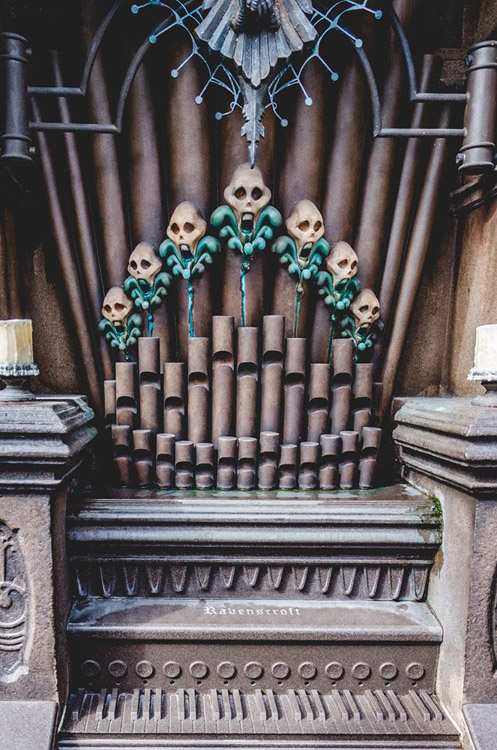 A hint at Thurl’s contributions to Disney Parks. Photo by Cliff Wang

Thurl Ravenscroft is most prominently featured at The Haunted Mansion, where you’ll see not only his name, but his face! He has been immortalized in the Haunted Mansion queue, where his name is inscribed across the ghostly organ– a tribute to his musical contributions.

And you’ll not only hear his voice singing Grim Grinning Ghosts in the graveyard scene, but you’ll see his bust– he’s the one knocked over!

In Adventureland, he gives life to Fritz in Walt Disney’s Enchanted Tiki Room and sings along with multiple pirates in The Pirates of the Caribbean ride. 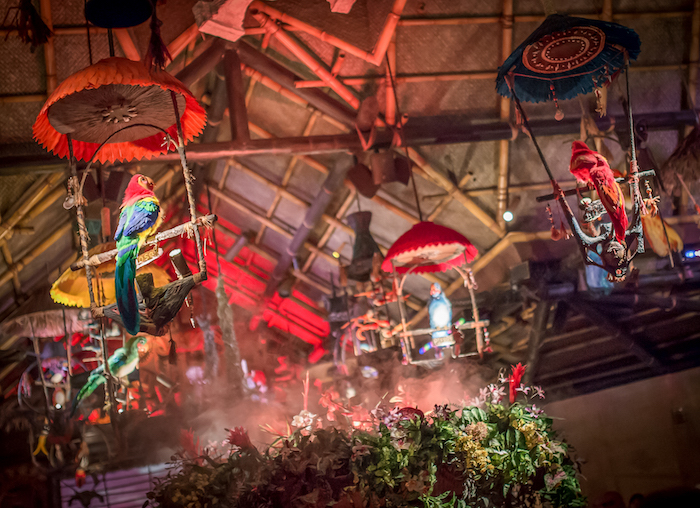 Over in Frontierland you’ll find him literally hanging out with the bears in The Country Bear Jamboree, as he is Buff the buffalo head, mounted on the wall of the theater.

His voice can also be heard on Splash Mountain as one of the bullfrogs. 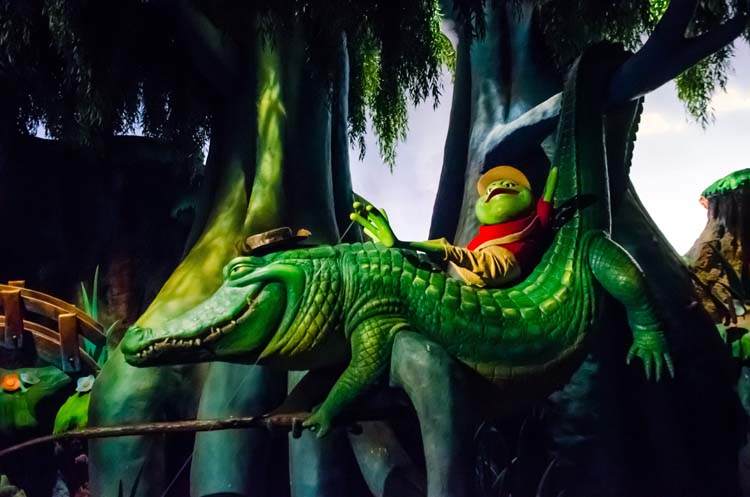 Thurl Ravenscroft voiced a bullfrog, like this one, on Splash Mountain. Photo by Laurie Sapp

As if Ravenscroft didn’t have enough Disney magic in his voice, he had the unique opportunity to be one of the first voices ever heard by people visiting Disneyland, as his booming voice welcomed guests into Disneyland for the first time, and officially opened Sleeping Beauty’s Castle.

Once you hear Ravenscroft’s voice it’s easy to pick out and impossible to forget.

While I have only covered the surface of Thurl Ravenscroft’s career because he certainly did plenty more for Disney, enough that he was named a Disney Legend in 1995.

Thurl Ravenscroft passed on May 22, 2005. In his 91 years of life, he contributed an incredible amount of magic, bringing to life so many popular songs and characters that are part of Disney tradition.

Next time you watch a Disney movie or visit a park, make sure to remember Thurl Ravenscroft and thank him for bringing a bit of magic into your day.

Will you be honoring Thurl Ravenscroft at Disney World this year? Tell us over on our Facebook page!