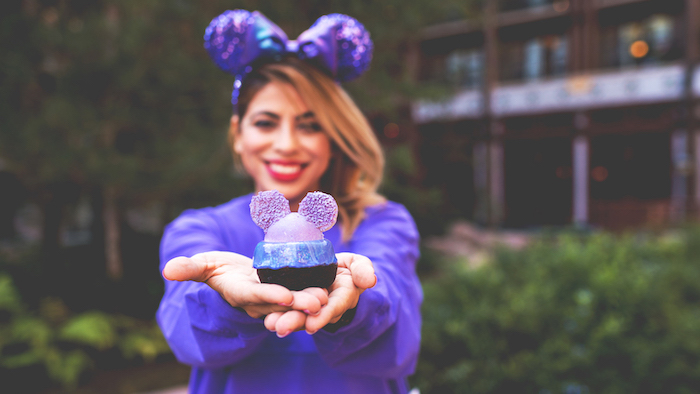 Move over, Millennial Pink — The Potion Purple craze has officially taken over! Here’s the scoop on where you can get your hands on all the new purple treats at Walt Disney World.

First it was Rose Gold. Then it was Millennial Pink. Now there’s a new color in town…

2019 is officially the year of Potion Purple!

I might be a bit biased because purple is my favorite color, but I am loving all the new purple merchandise and snacks. Disney is really embracing the popularity of Instagram trends and — I’m not gonna lie — they’ve won me over with this one.

Just look at these purple treats!

I’ll have one of everything, please!

Kudos to the Disney culinary team for coming up with some very adorable and creative treats! I think the Purple Contempo Cupcake is calling my name the loudest. I can’t wait to try that lavender buttercream! Which of these purple treats are you most excited to try?