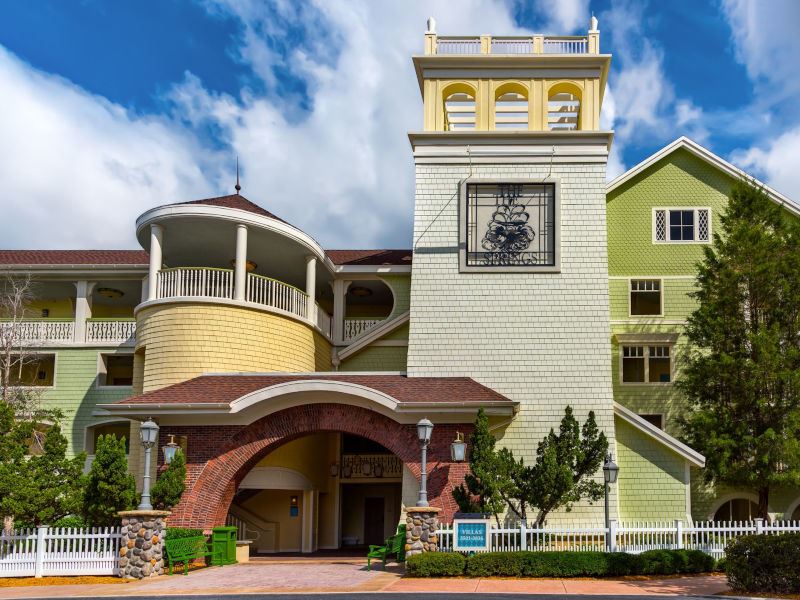 What are the pros and cons of Disney’s Saratoga Springs Resort & Spa? Take a look before booking your next trip to Walt Disney World.

If you’re considering booking a stay at this Victorian-style Disney Vacation Club resort, here are the pros and cons you need to know. 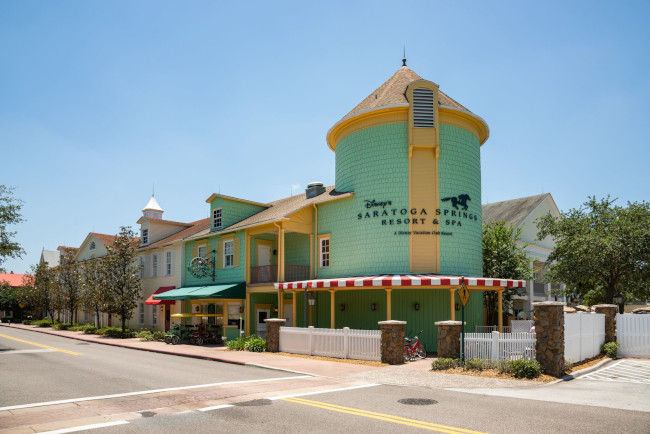 Hands down, my family’s favorite part of Saratoga Springs is its proximity to Disney Springs—which is one of our favorite places to grab a bite and relax with a margarita and some live music. 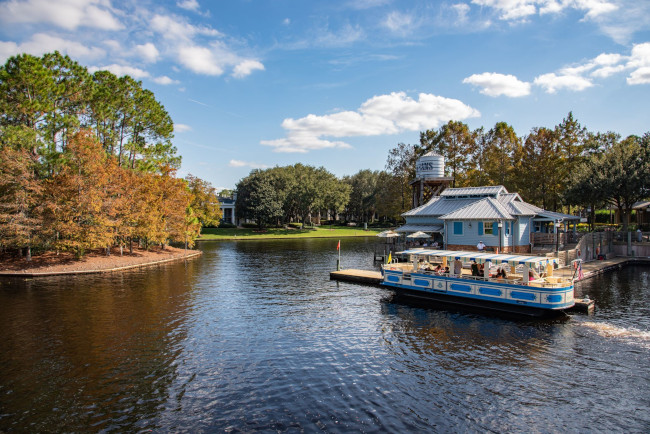 Disney Springs is a walk or boat ride away. Photo by Mike Billick

There’s a walking path between Saratoga and Disney Springs or, if you prefer, you can take a water taxi. (As this is my preferred method of transportation, I highly recommend the relaxing boat ride across the lake!)

You can also, of course, take a bus or hop in your car and drive over.

There are plenty of dining options to choose from—which has always been ideal for my particularly picky family. 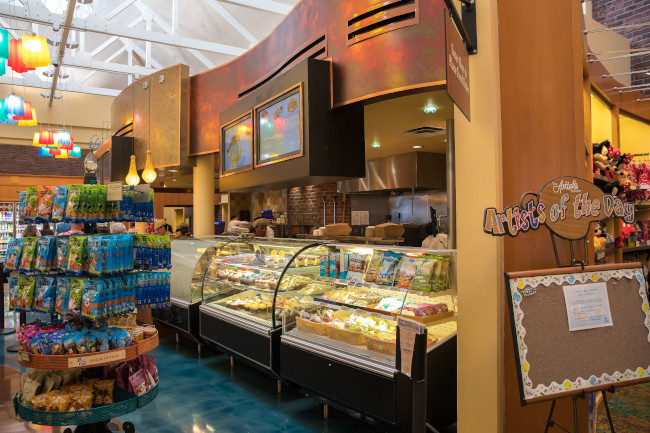 Friendly tip: If you stay here, make sure you try the Saratoga House-made Chips. They’re the best, and I always get an order in honor of my late dad who absolutely adored them.

Not only are you steps away from Disney Springs when you stay at this DVC resort, but you also have access to loads of other recreational options. 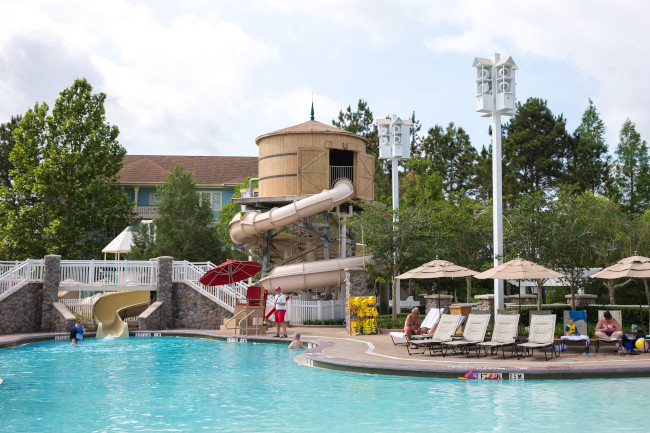 We love the pools here. Photo by Brett Svenson 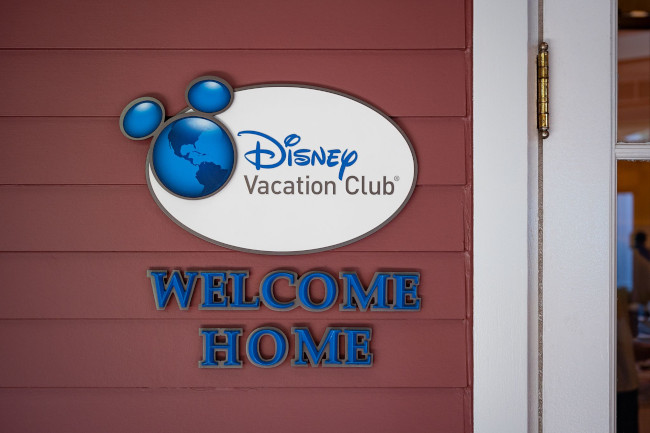 If you’re cashing in DVC points to stay here, you’ll be pleased to find that you’ll often need fewer points to stay at Saratoga than other DVC resorts. This—in addition to it being my family’s home resort—is one of the reasons we frequent this particular DVC getaway. 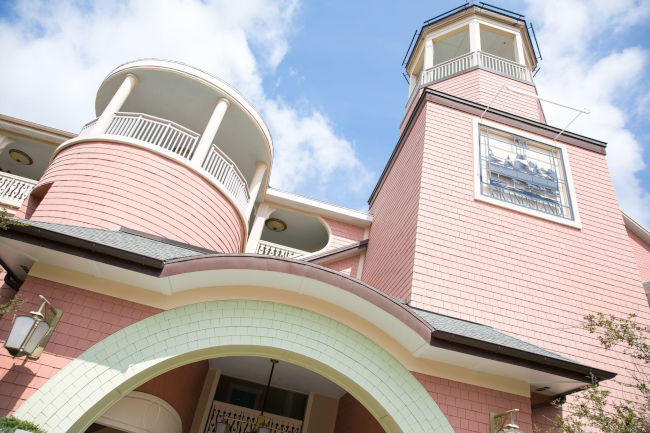 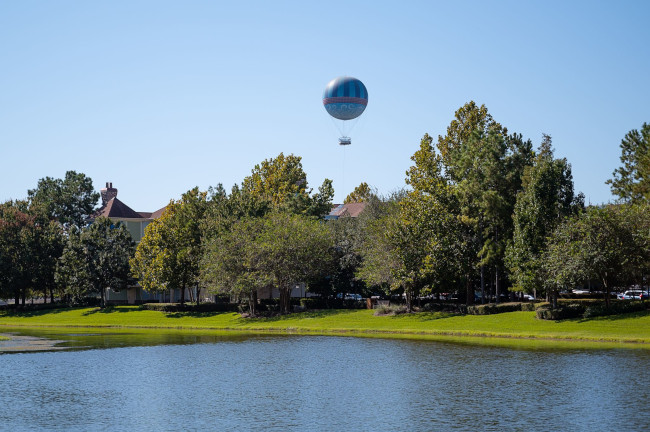 Saratoga Springs is close to Disney Springs, but not any of the parks. Photo by Courtney Reynolds

While the location is perfect if you’re planning on spending time at Disney Springs, it isn’t ideal for visiting the parks. While you can access all of them via Disney bus transportation, it may take you longer to get to the theme parks than it would from other more centrally located resorts.

Saratoga Springs is a sprawling resort with five distinct areas: The Carousel, Congress Park, The Grandstand, The Paddock, and The Springs. 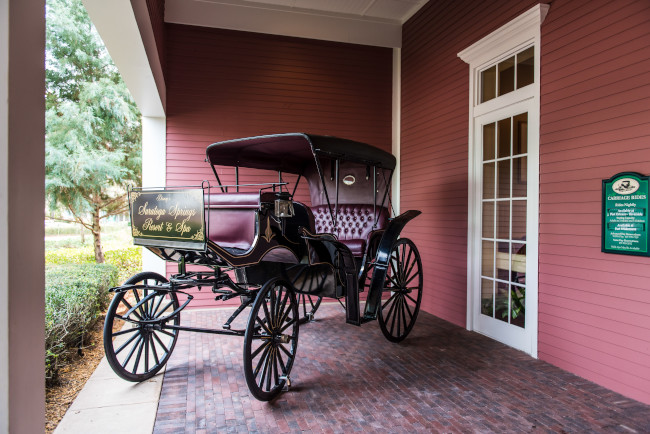 You won’t be riding in a buggy, but Saratoga’s large size does mean multiple bus stops. Photo by Laurie Sapp

While this means there’s a lot to do (like multiple pools to choose from), it also means it can be a bit of a hike to take advantage of some resort amenities. It also means you have to wait through multiple stops when using Disney bus transportation. (Not my favorite thing after a long day at the parks.)

As a bona fide horse girl (like the kind who cantered down the halls in middle school and knew the name of every Disney Prince’s noble steed ), I’m a fan of Saratoga’s equestrian theming. If you aren’t enamored with all things horses, though, you might find it a little less enchanting. 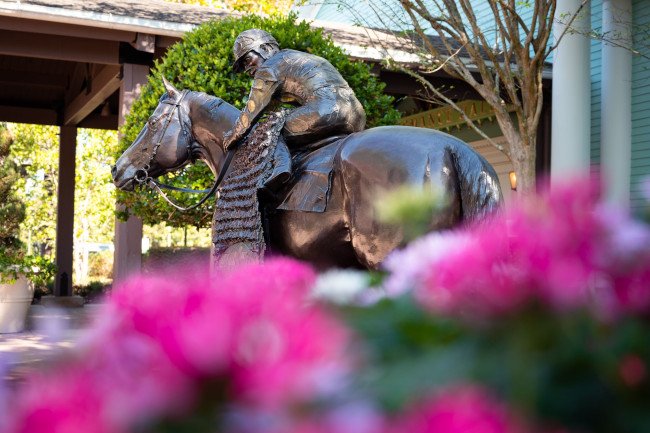 The horse theming at Disney’s Saratoga Springs isn’t for everybody. Photo by Courtney Reynolds

While Saratoga’s recent remodels and updates have added some charm and elegance to the property, it just doesn’t have the wow factor of other resorts like Disney’s Polynesian Village Resort or Disney’s Animal Kingdom Lodge.

Though I do recommend giving Saratoga’s Treehouse Villas a try, even if you’re not keen on the theming at the rest of the resort.

Should You Stay at Saratoga Springs Resort & Spa?

If you’re planning on enjoying plenty of time at nearby Disney Springs or you want to hang by your resort, absolutely. Saratoga is a great choice for a relaxing, low-key vacation.

If you’re looking for that special Disney magic and want to be close to the theme parks, you might want to check out an alternative more centrally-located resort—like my personal favorite, Disney’s Wilderness Lodge, or DVC’s latest addition, Disney’s Riviera Resort.

Healthy Options at Disney Springs This Month (And Beyond!)