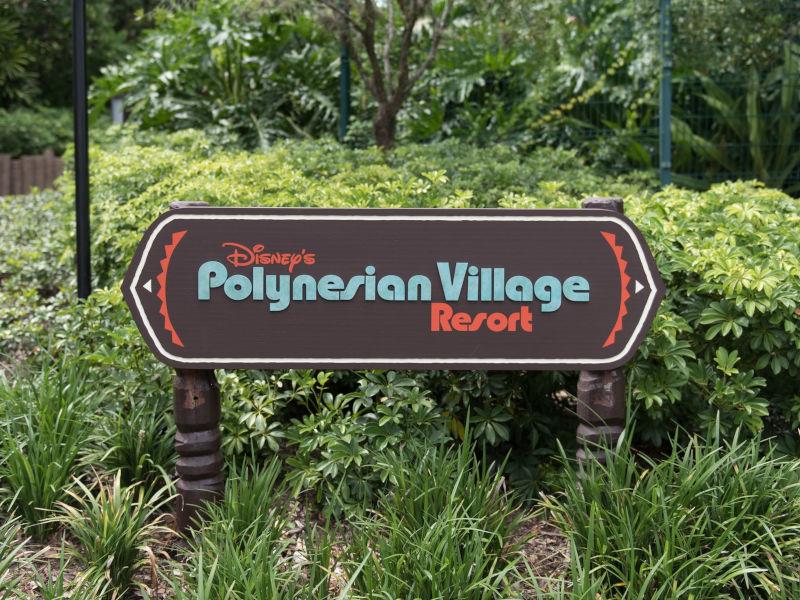 On the anniversary of its closing day, learn more about the Polynesian Revue at Disney’s Polynesian Village Resort.

The Polynesian Village Resort hosted the famous Polynesian Revue, also called Kau’i-Pono Polynesian Revue and Polynesian Luau, for the last time. The Spirit of Aloha replaced it the following month. What do you know about this legendary show that dates back to the opening of the Poly itself—and the iconic Aunty Kau’i who brought it to us?

Disney’s Polynesian Village Resort, along with Disney’s Contemporary Resort, made up the two hotels that opened with the rest of the Walt Disney World Resort on October 1, 1971. Both resorts were strategically located near Magic Kingdom and loaded up with additional amenities and recreational offerings to enhance the guests’ experience and add to the “Vacation Kingdom of the World.”

While Disney’s Contemporary Resort boasted dining beneath the monorail track in the Grand Canyon Concourse and on the 15th floor of the resort with sweeping views of Magic Kingdom, Disney’s Polynesian Village Resort offered dining and entertainment inspired by the traditions and cultures of the South Pacific. 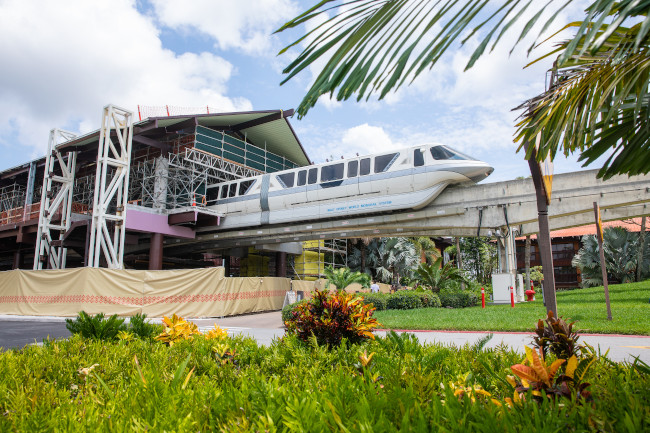 The Polynesian was an opening-day resort, complete with monorail access. Photo by Brett Svenson

Guests visiting the resort in 1971 would have been met with uniquely Polynesian restaurants, shops offering everything from Disney souvenirs to clothing for the whole family, and tropical landscaping, including a beautiful waterfall display in the center of the resort’s lobby that you may remember if you visited the resort prior to its 2014 remodel.

The luau, known by a variety of names over the years, has also been a popular experience at the resort throughout its 50 year history. Originally, the luau took place right on the resort’s beach, as many authentic luaus in the Pacific Islands do; however, in early 1973, Disney added a covered area to the resort to make the dinner show possible during some instances of inclement weather.

Early versions of the show featured traditional hula and fire dancing, along with puppets and storytelling straight from traditions found in Hawaii and throughout the Pacific Islands. During the show, guests dined on an all-you-care-to-enjoy meal including a variety of tropical menu items over the years like coconut sticky rice, glazed pork ribs, roasted vegetables, and of course, an array of specialty cocktails.

Want a closer look at the Poly—then and now? Become a digital subscriber for exclusive access to WDW Magazine’s past issues, including our 100th Issue, which offers a deep dive into the history of the Polynesian Village Resort. 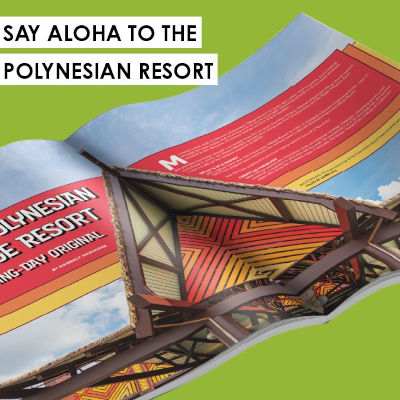 Join Now for Less Than 14 Cents a Day

Aunty Kau’i and the Polynesian Revue 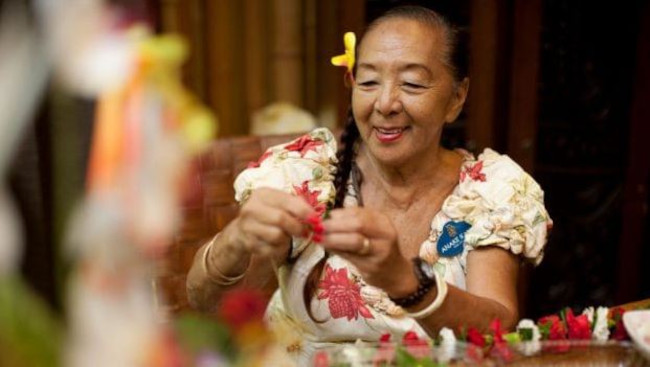 Aunty Kau’i brought us the Polynesian Revue that defined the resort for decades. Photo courtesy of Disney Parks Blog

A fixture at Disney’s Polynesian Village Resort for 49 years, Disney icon Anake Kau’i (Aunty Kau’i) was central not only to the resort’s luau, but to a number of experiences and memories had by Guests over the years.

Aunty Kau’i was a talented hula dancer who was born and raised in Hawaii. She eventually went on to become a hula teacher and all-around expert in Polynesian dance, music, and culture.

While she was recruited by Disney during the 1960s, she did not accept a job offer with the Walt Disney Company until 1971 when she worked in Disneyland at the Tahitian Terrace. Following a brief run on the west coast, Aunty moved to the Walt Disney World Resort where she was instrumental in the creation and implementation of the Polynesian Resort’s luau. 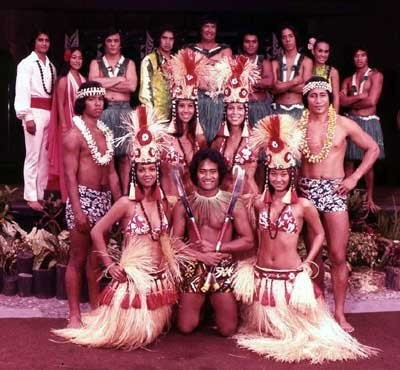 Her work on the show brought on a variety of traditional elements including handmade costumes designed by performers who had a deep passion and understanding for Polynesian culture, as well as the knowledge of the stories and traditions that would be told during each performance.

With Aunty Kau’i’s help, the Kau’i-Pono Polynesian Revue at Walt Disney World as it was called in the 1970s quickly became one of the most authentic luau experiences outside of the Hawaiian islands.

In her later years, Aunty Kau’i was no longer directly involved with the resort’s luaus; however, she continued to create magical memories for guests from around the world for the rest of her life. Many guests have fond memories of Aunty Kau’i greeting them as they entered the lobby area of Disney’s Polynesian Village Resort and offering them her beautiful handmade leis. 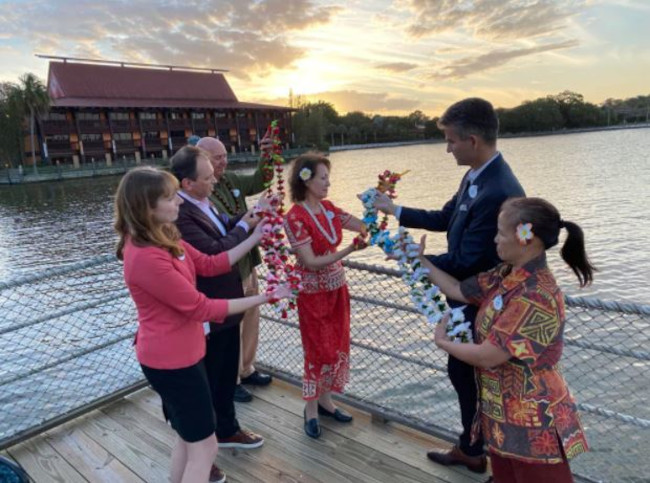 She continued to share the traditions of her Hawaiian culture at the resort until her passing in 2020. She is deeply missed and remembered today by so many guests and Cast Members from around the world.

The Polyneian Revue was performed through January 4, 2003, when it was replaced by the Spirit of Aloha dinner show. The current performance follows the foundation laid by Aunty Kau’i in the 1970s but adds a bit more of storyline tying in the reasoning for the celebration. 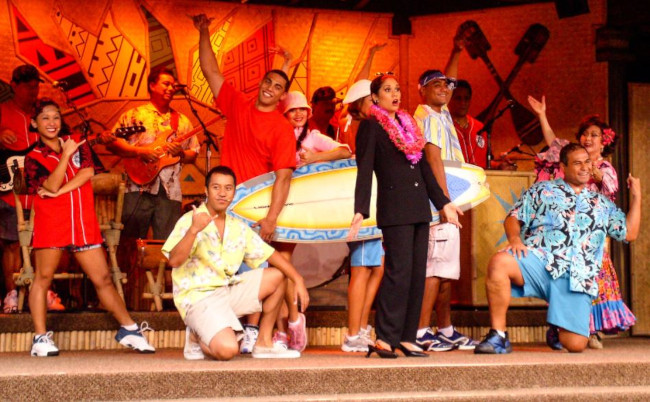 The Spirit of Aloha replaced the Polynesian Revue. Photo courtesy of Disney

In the Spirit of Aloha dinner show, Aunty Wini is throwing a festive gathering to send off a local girl who is on her way to the “mainland” for college. While this side of the storyline is different from the original performance, and the show is certainly modernized quite a bit, guests will still find lots of entertaining and traditional dancing inspired by Tahiti, Samoa, Tonga, New Zealand, and Hawaii, as well as drummers and a fire-knife performer.

The Spirit of Aloha show has been paused since the onset of the COVID-19 pandemic in March 2020; however, with lots of entertainment and activities continuing to return to the Walt Disney World Resort, we are hopeful that dinner shows will be back soon.