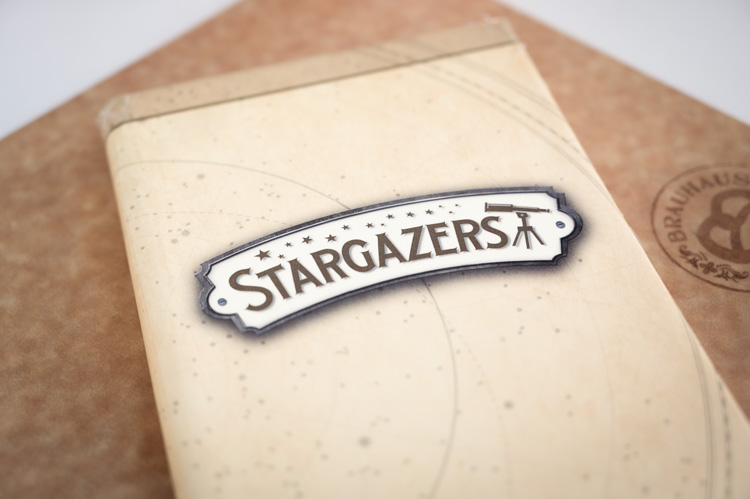 Today we’re going to talk about a spot that you probably don’t know much about: Stargazers Bar at Planet Hollywood. This hidden gem is tucked away on the left side of Planet Hollywood. No reservations necessary. Simply take a seat at the bar or find a table on the patio. 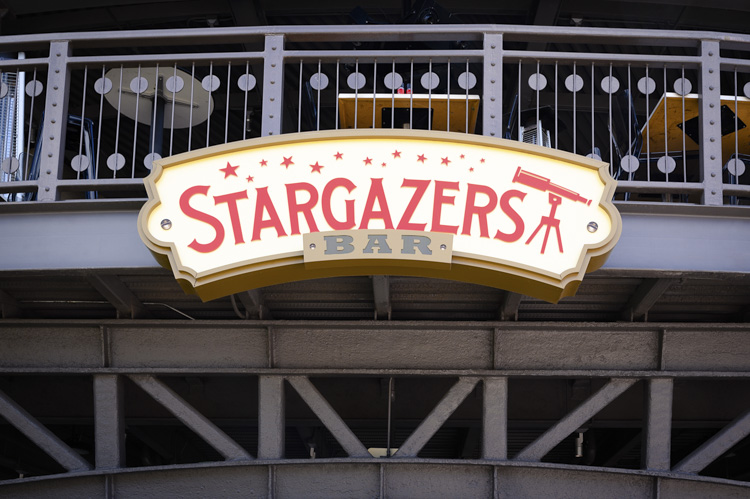 You can find the entrance to Stargazers Bar on the left side of Planet Hollywood. Photo by Courtney Reynolds 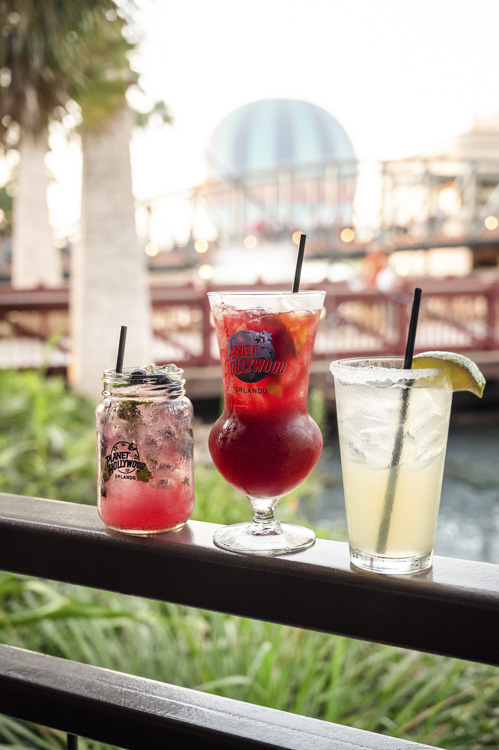 The patio has a beautiful view of Disney Springs. Photo by Courtney Reynolds

Last Friday, we were invited to a special influencer preview of Stargazers’ new Happy Hour Bites menu. All items featured in this blog post were given to us free of charge as a part of the preview event. Here’s a look at what we tried: 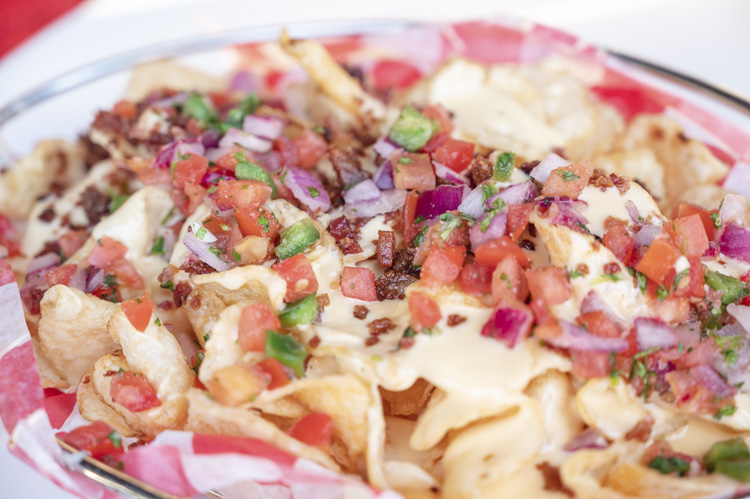 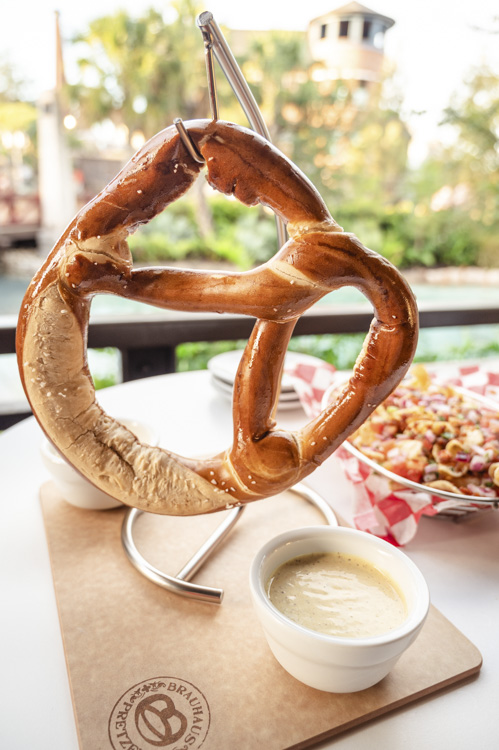 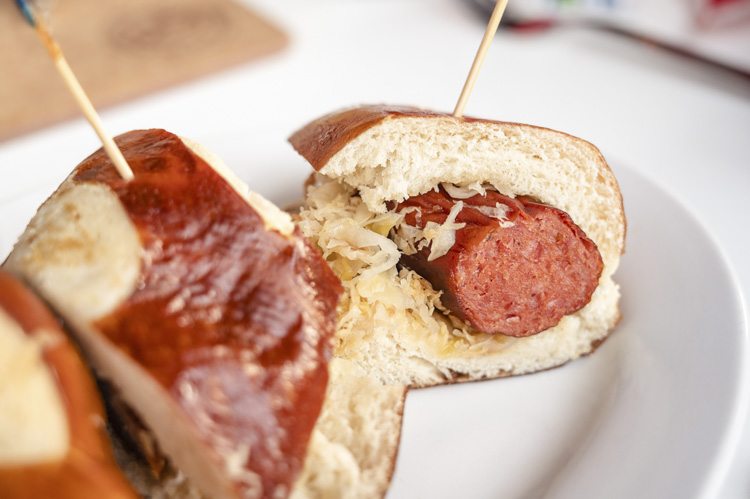 There are three sausage bites on the menu. Bratwurst topped with Sauerkraut, Kielbasa topped with a Homemade Onion Jam, and Andouille topped with Peppers. Each sausage is served on a pretzel bun with a side of kettle chips. Photo by Courtney Reynolds

The Loaded Chips were our favorite, with the Soft Pretzel not too far behind. We found the spicy mustard to be a little too spicy, but the cheese sauce was perfect.

Stargazers also offers a wide selection of alcoholic and non-alcoholic beverages. We sampled a few of those as well: 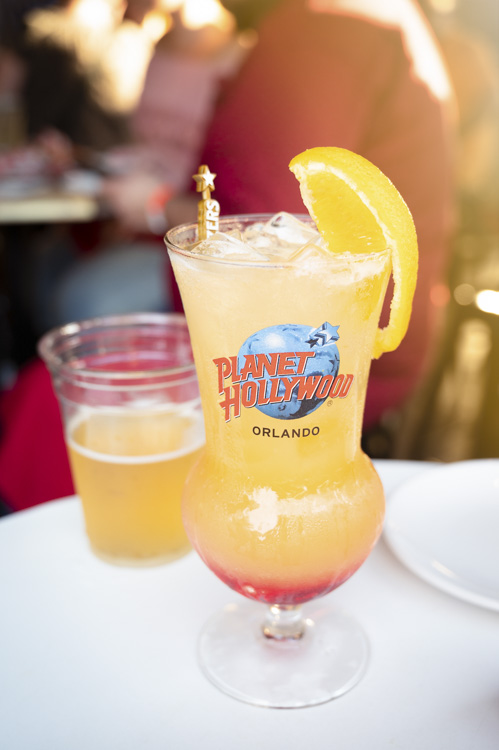 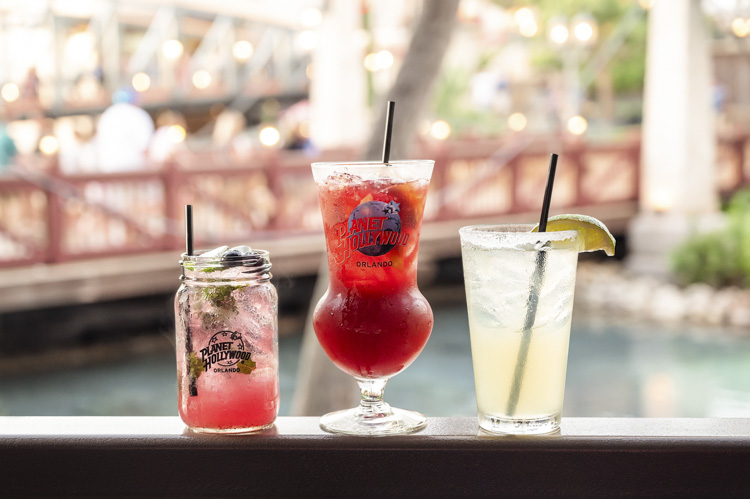 Stop by Stargazers any day of the week from 4PM–7PM and 10PM–Midnight to enjoy their new Happy Hour Bites menu.

In addition to the new Happy Hour Bites menu, Stargazers Bar is hosting Karaoke Night on Fridays from 8PM–Midnight until November 1, 2019. 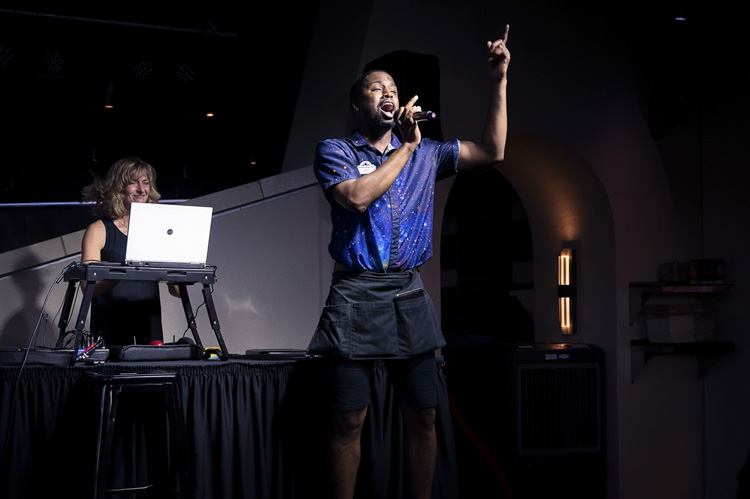 Our server Chris hopped on stage a few times throughout the night. Photo by Courtney Reynolds

Our Editor, Rain, was brave enough to jump on stage with a friend for a fun rendition of “Love Shack” by the B-52’s. I was not as brave, so I simply cheered her on from the sidelines. 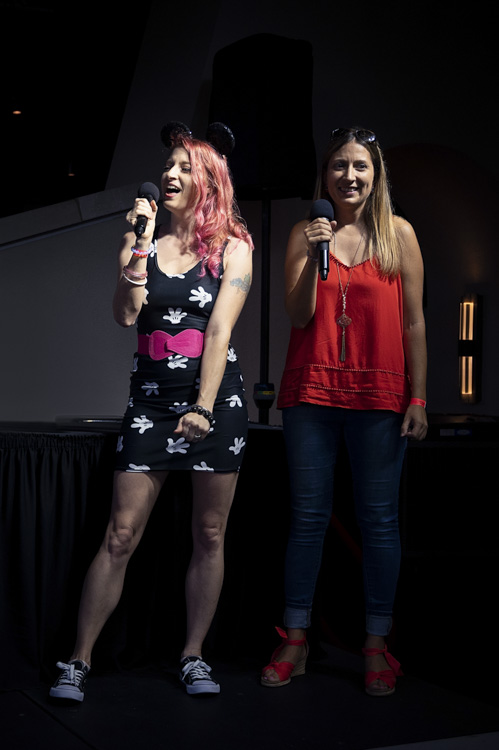 Rain joined a friend on stage for a fun rendition of “Love Shack” by the B-52’s. Photo by Courtney Reynolds

One thing that I noticed was that the crowd was so supportive of each other, even though we were all total strangers. Maybe next time I can face my fear and get up on that stage for myself…

Thanks to Planet Hollywood for inviting us out to this special influencer event so we could give you this inside look.

Make sure to follow us on Instagram so you don’t miss out on future live coverage of these influencer events.