10 Best Pirates of the Caribbean Memes on the High Seas 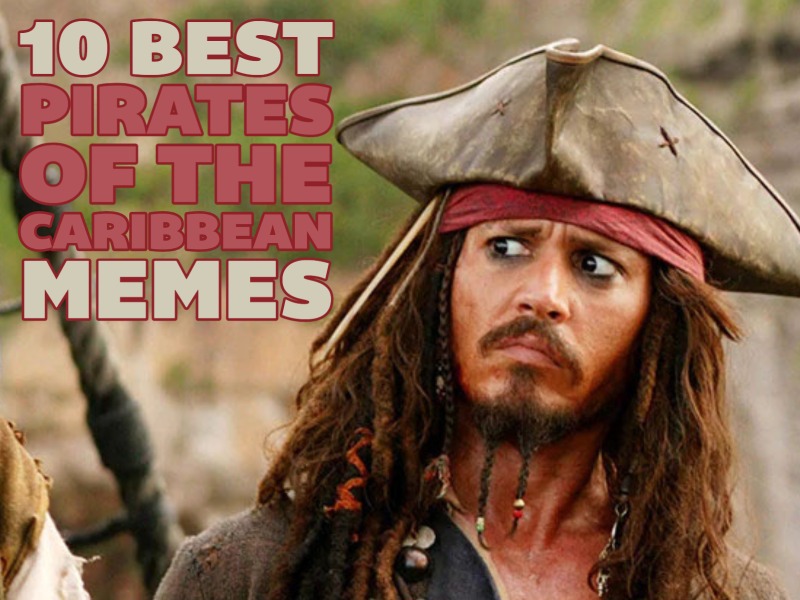 Avast ye, buccaneers! Scroll on for the top 10 funniest Pirates of the Caribbean memes on the high seas!

Perhaps the most annoying phrase Disney fans hear is “Disney is just for kids!”

This one is for the die-hard rope droppers!

We’re not saying rope dropping isn’t worth it, but we all know it can be quite taxing on the body. This meme, of course, is a slight exaggeration, as I have never seen someone walk out of Magic Kingdom at the end of the night covered in barnacles. But it’s Disney … anything can happen, right? 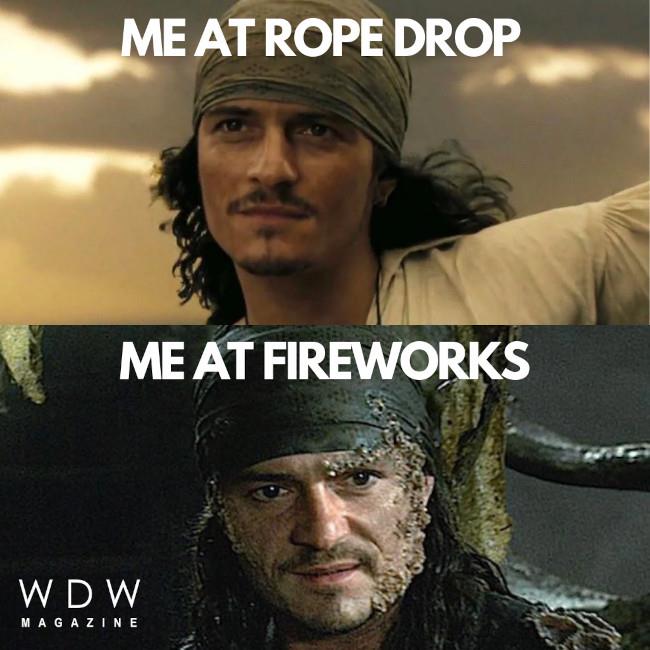 Attention, Disney Shopaholics! I see you, I hear you, I am you.

Do you seem to always follow the siren calls that lead you to the gift shop? Because me too. I never know how I end up in a Disney gift shop; all I know is that I always come home from a trip to Disney with a new pair of Mickey ears. 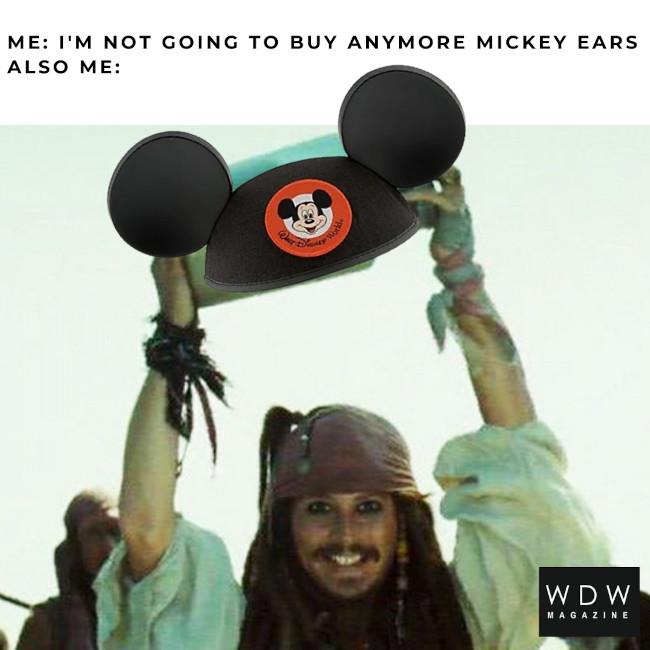 If you’re reading this, then it’s safe to assume that you have a healthy Disney obsession, just like the WDW Magazine team. You’ve probably also had conversations with the non-Disney folk in your life who just don’t get it. But that’s OK! We get it and we get you. 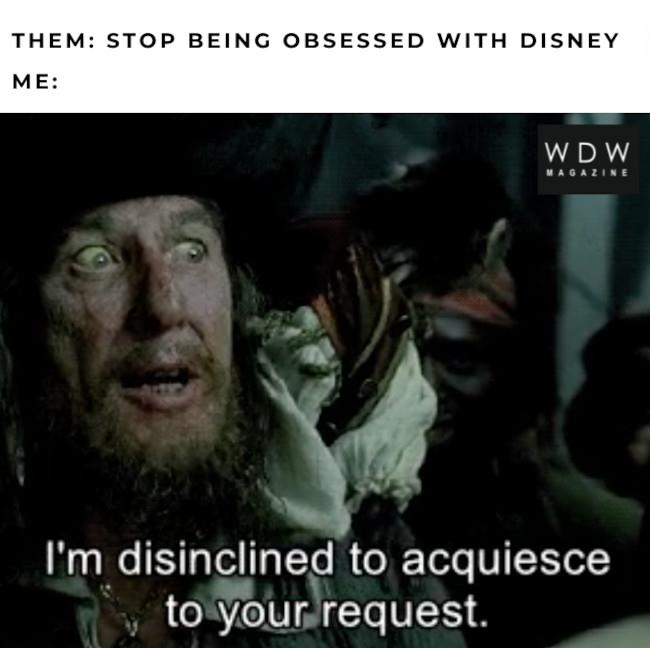 The similarity between these two types is that they are both always thinking about their next Disney trip! Whether you are the first type or the second, this sweet *slightly altered* moment between William Turner and Elizabeth Swann is for sure you! 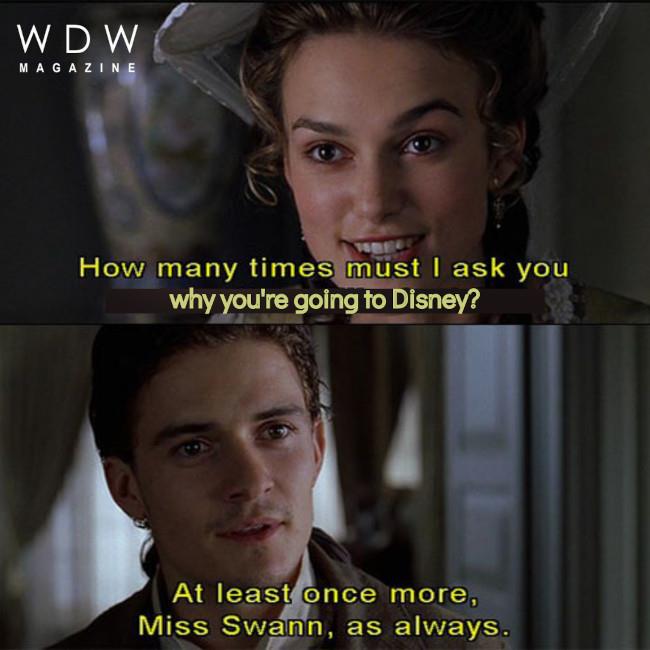 I love rope dropping for a few reasons. I love the thrill, the mild panic, and the low wait times.

My biggest fear during rope drop is getting my ankles bitten by one particularly dangerous animal you can find at Walt Disney World. And that animal is what I like to call “the stroller beasts.” If you’ve ever had a stroller run into you, you understand my fear!

Basically, you’re going to want to move as quickly as Jack Sparrow did on the beach. (Just remember to power walk, not run, so Disney Cast Members don’t have to yell at you!)

I have been to Disney many times, which means I have been on all of the attractions multiple times. There is one ride that I have only been on once—and that is Mission: SPACE.

That was a “one and done” ride for me. Those warning signs have kept me out for 10 years now. 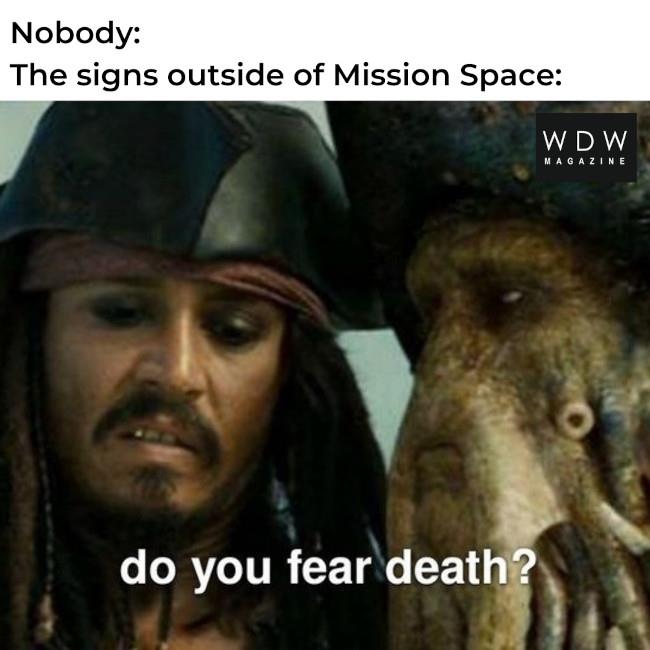 I think everyone has been in this situation. You’ll be on the opposite side of the park just to find out that the wait time for one of your favorite attractions is 10 minutes or less!

You don’t need to pay for Genie+ … if you can run fast enough.

I know some people can get Galactic Hero on Buzz Lightyear’s Space Ranger Spin with their eyes closed, but I am not one of those people. In 2014, I managed to get 999,999 points. I still do not know how it happened. This meme is for the Space Rangers like me who are just happy to get on the ride!

Johnny Depp has notoriously stood in for his animatronic look-alike on the Pirates of the Caribbean ride on a few occasions. I have never been lucky enough to experience this; I have only seen the clips on YouTube.

But it doesn’t mean a girl can’t dream. Every single time I am on Pirates, I carefully inspect every Captain Jack Sparrow animatronic … just in case! 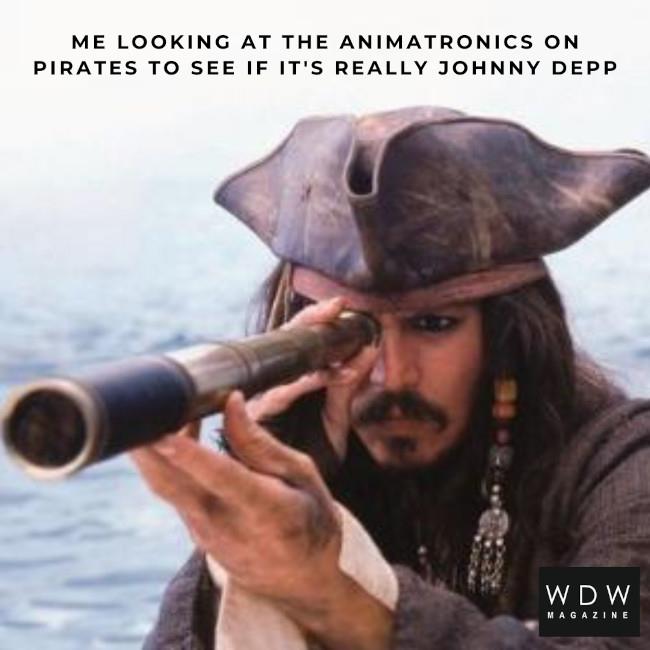 A Pirates of the Caribbean Magazine? Yes, Please! 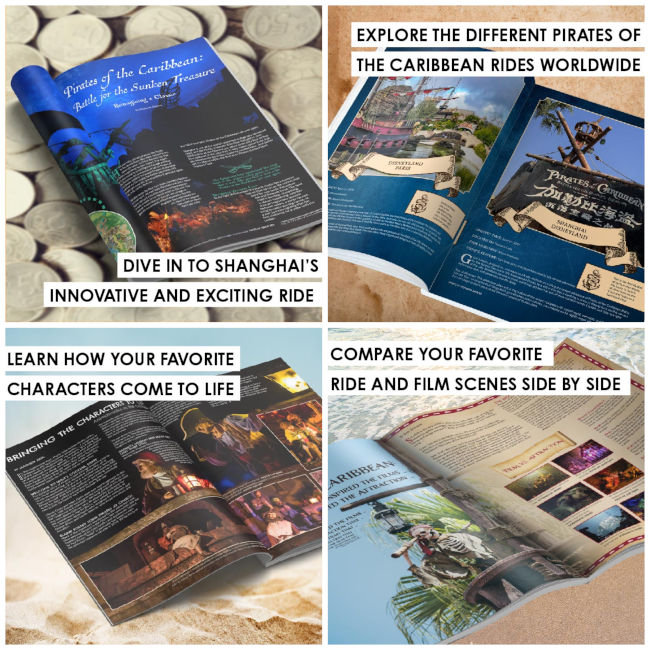