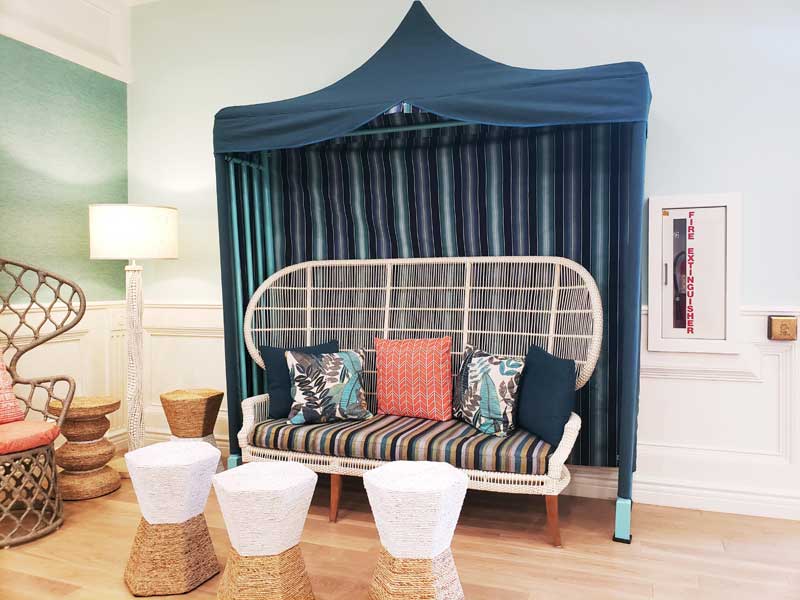 For those like me who call Old Key West their DVC home resort, we have been waiting with much anticipation (and patience) as the lobby and DVC Den were put through a major remodel.

On October 1st, 2021, the new lobby was revealed to guests. I had been peeking around through the windows the night before, watching Cast Members put the finishing touches on the room design. As soon as morning hit, I made my way to check out the new decor.

Boy was I surprised!

The check-in area of the Old Key West lobby was warm and inviting, with lots of wood trim, but few places to lounge. 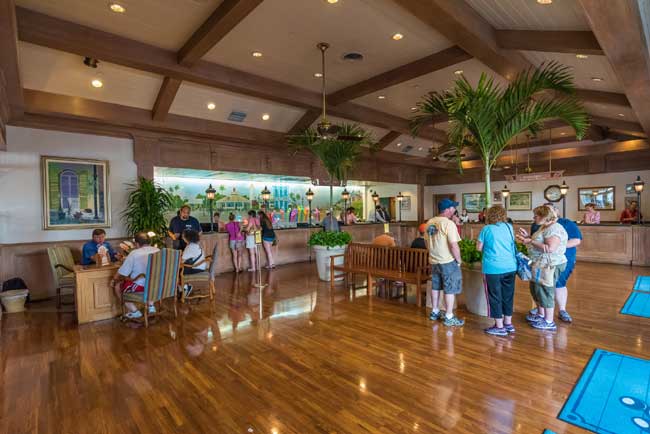 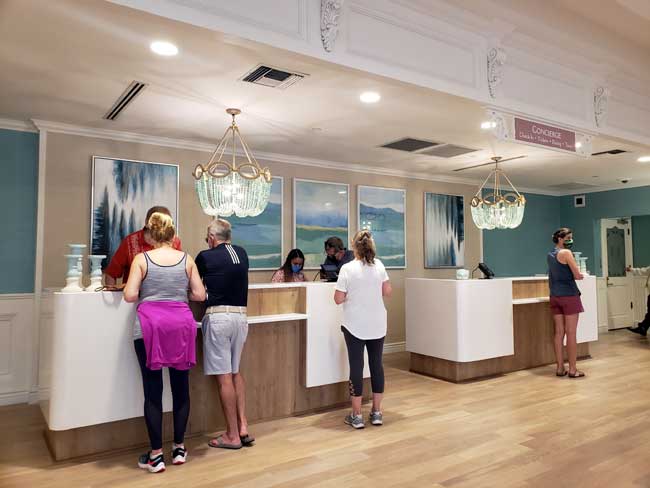 A very different look at the guest services desks. Photo by Rain Blanken 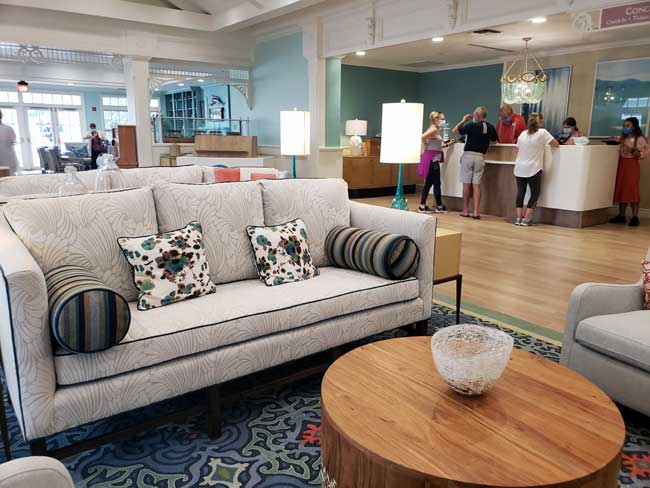 The colors of the furnishings mimic the sea, with blues, turquoise, coral, and sandy tones. 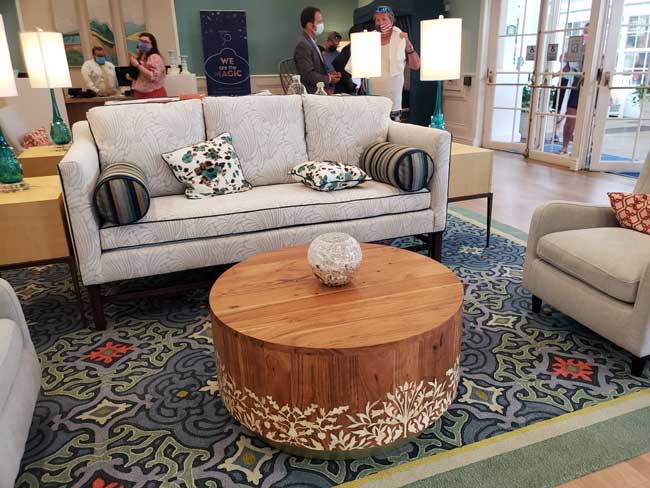 The Old Key West lobby has lot of fresh decor to explore. Photo by Rain Blanken

The warmth of the old lobby is gone, but there are lots of fresh spots to take a breather from that hot Key West sun. 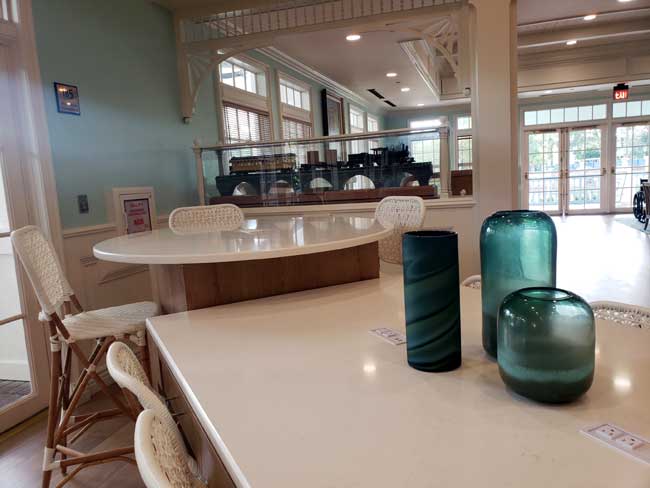 Lots of blown glass adds color to the otherwise neutral lobby hues. And check out all those outlets! This area is very inviting to charge up your devices. 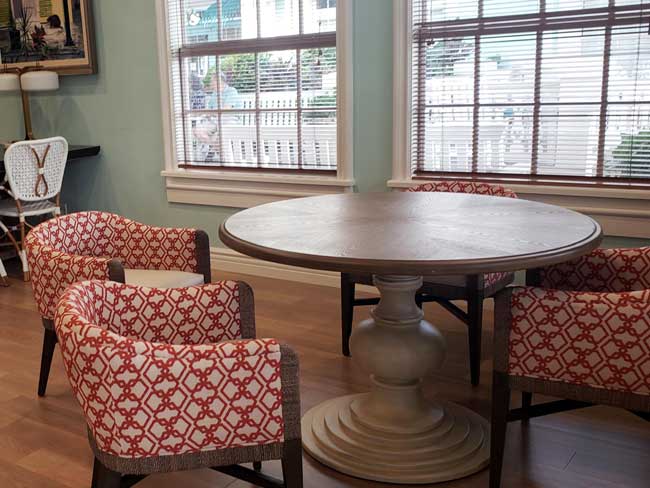 Old Key West lobby could be a good spot to pop open the laptop. Photo by Rain Blanken

There are lots of seating choices in the lobby area. I highly suggest grabbing a cup of coffee and setting up shop here if you have a bit of work to take care of.

The den area of the lobby was inspired by Ernest Hemmingway, a famous face from the Key West area. Those who have visited his house in Key West would recognize the nods in Papa’s den… lots of books, and even cat statues that hinted at Hemmingway’s six-toed cats. 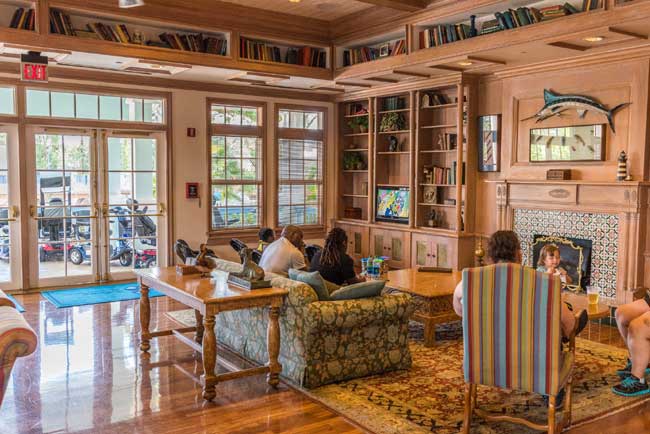 The new look has steered away from the traditional dad’s den where you’re not allowed to touch his stuff, and looks more like a room for the whole family. 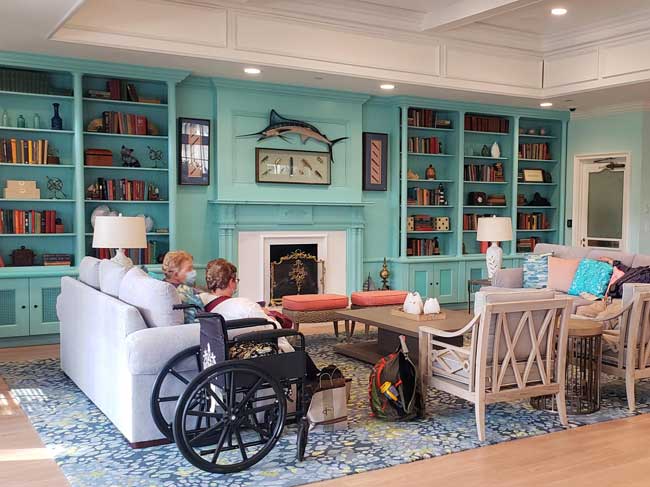 The books were removed from the upper shelves, replaced by matching accent boards. The entire den was brightened with the same lighter floorboards as the lobby, and cool blue paint on the walls. 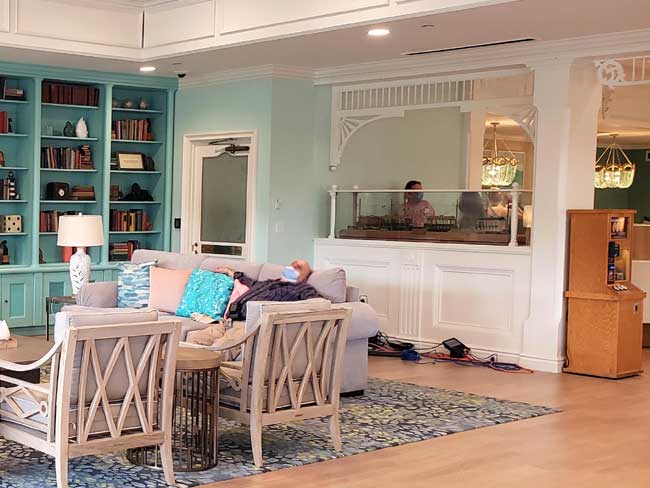 This guy loves it. Photo by Rain Blanken

The furniture in the den remains cozy and placed around the fire, but reconfigured with he couches on either side and chairs in front. 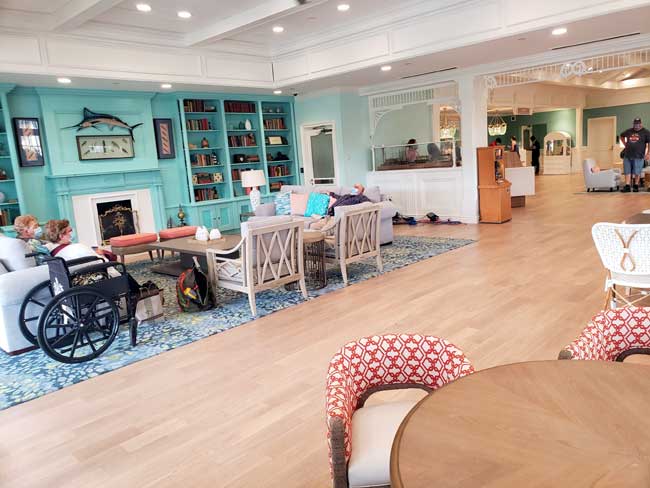 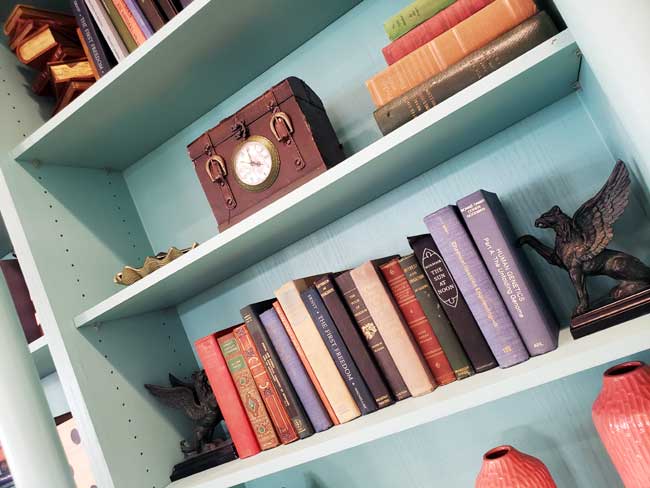 Books still line the shelves in the lobby. Photo by Rain Blanken

Though this is less of a formative library now, there are still books set up on the shelves. Some of the thrilling titles read, Human Genetics Part A: The Unfolding Genome, Interest and Education, and Ben Hur. 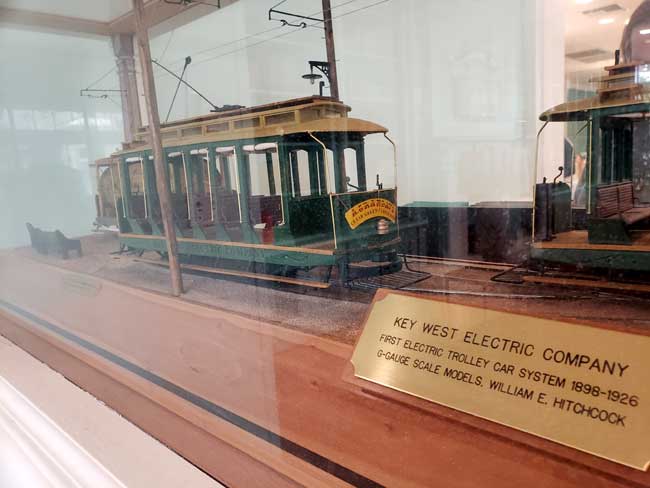 Key West Electric Company First Electric Trolley Car System is still on display! We were glad to see this relic survived the refurb.

We do miss the warmth of the former Old Key West lobby and den, but the new look really speaks to the breezy seaside feel that permeates this resort.