PHOTOS: Behind the Scenes of Disney Wish Construction 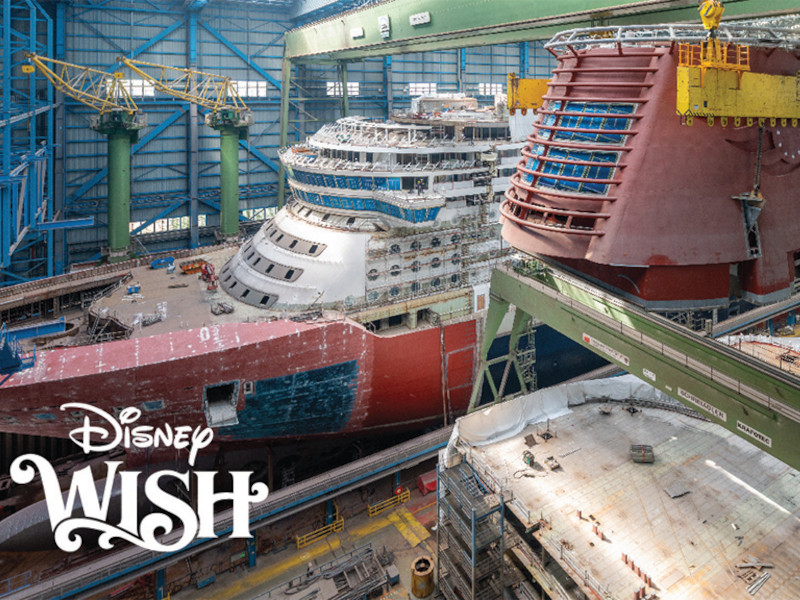 As we count down to June 2022 when the Disney Wish will set sail, let’s take a look at the most recent construction updates of the newest Disney Cruise Line ship.

Building a cruise ship is no easy feat. It takes time … a lot of time. And for Disney Cruise Line, nothing less than perfection is acceptable.

The Disney Wish has been under construction at the Meyer Werft shipyard in Germany, and the exterior of the ship is complete, with work now turning to outfitting the ship’s interior.

Check out these photos of the construction process to see what the Disney Wish looks like right now.

The ship’s forward funnel was installed back in July. Like its Disney Cruise Line siblings, the Disney Wish has bright red funnels so you’ll know at first glance that you’re on a Disney ship.

The forward funnel on the Disney Wish will house an extra special secret. It’ll house the Wish Tower Suite, which is a 2,000-square-foot penthouse that offers guests a sweeping view of the ocean for an extra memorable vacation.

The last block addition to the Disney Wish. Photo courtesy of Disney

Back in August, Imagineers mounted the very last block on the Disney Wish, marking its construction complete. This was a big milestone in the ship’s construction because it meant that the team could finally see the ship as the impressive vessel it will be once finished.

Imagine all the months of hard work coming together to reveal a majestic ship just waiting to make magic for families sailing the ocean. 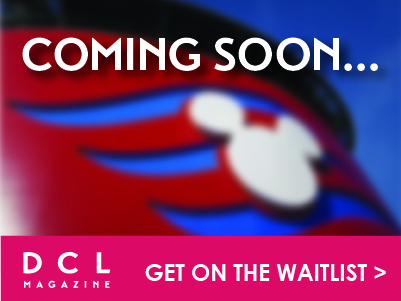 The bow filigree giving us an idea of what to expect from the stern filigree. Photo courtesy of Disney

The Disney Wish will certainly be an impressive ship in its own right, but how will the casual Disney Cruise Line guest be able to tell that they’re on the Wish and not the Disney Wonder or Disney Magic?

Why, the stern filigree, of course! The stern of the ship will carry the Disney Wish logo in delicate filigree so there will be no doubt which Disney Cruise Line ship you’re sailing on. There’s also a bow filigree, shown in the picture above.

The Disney Wish will make its maiden voyage on June 9, 2022.

Everything We Know About Dining at Arendelle: A Frozen Dining Adventure on the Disney Wish