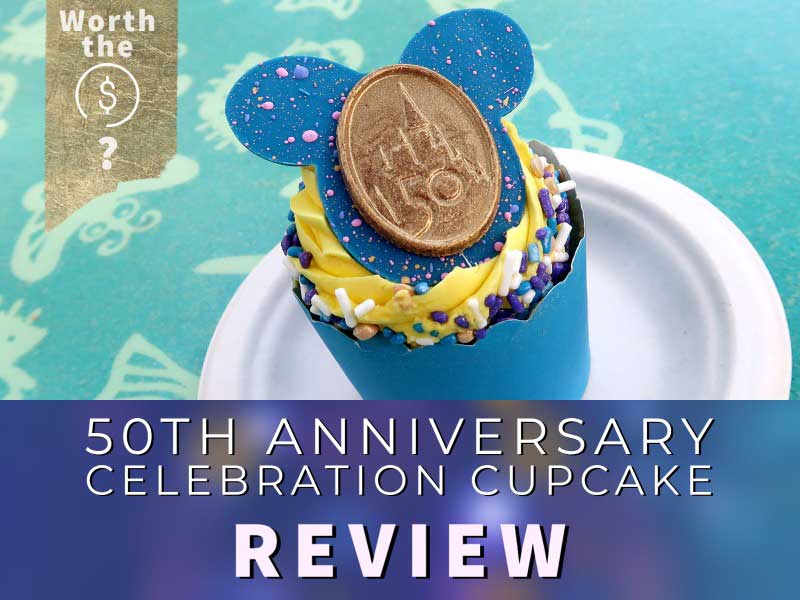 Get the cost, location, and our ad-free review of the 50th Anniversary Celebration Cupcake at Disney World

Disney recently announced a huge host of 50th Anniversary treats, and we’re loving this sweet celebration. I was looking for a cupcake that really said, “I was there for the 50th,” so I tried the 50th Anniversary Celebration Cupcake. 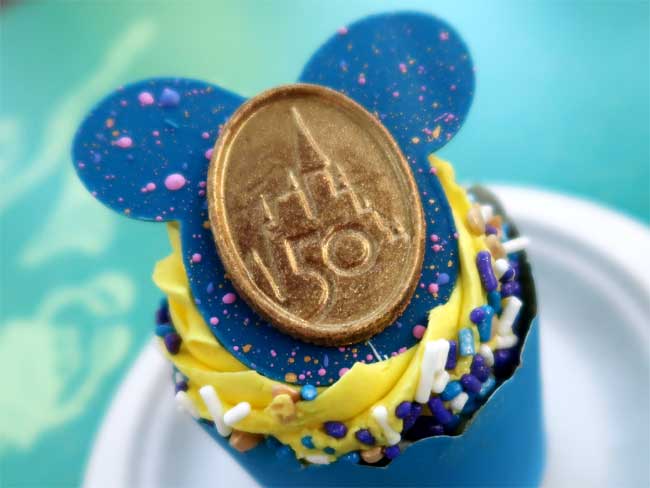 You had me at golden chocolate. Photo by Rain Blanken

What is it? Lemon cake, lemon chiffon filling, and vanilla frosting with celebration sprinkles, splatter-coated chocolate Mickey, and a gold-dusted 50th-anniversary medallion

Availability: The full 18 months of the 50th Anniversary celebration, so until Saturday, April 1, 2023. 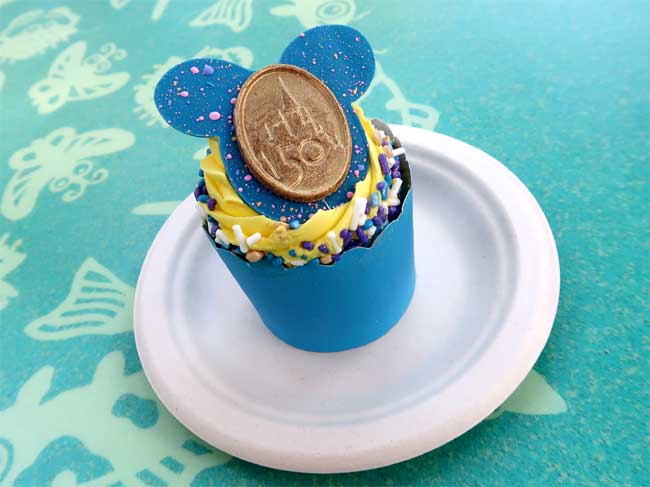 Too cute to eat? Nah. Photo by Rain Blanken

If you want to get just one 50th Anniversary snack to feel like you celebrated the occasion while on your vacation, make it this little cupcake. The gold-coated chocolate piece on top and bright 50th Anniversary colors all over this cupcake makes it a quintessential snack.

Here’s how it looked on both the outside and the inside! 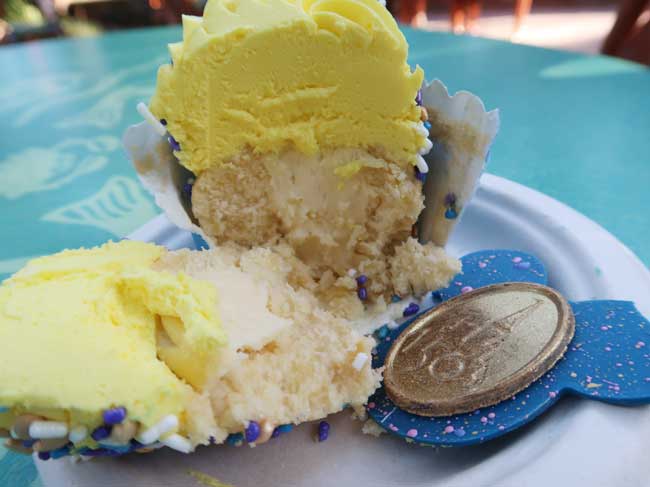 The filling is the nondescript hero of this treat. Photo by Rain Blanken

The gold-coated chocolate and bright frosting are show-stoppers, but the real star of the show is the lemon chiffon filling and lemon cake. The yellow frosting is vanilla flavored and rather standard, but instead of being the feature, as with most cupcakes, it’s just there to compliment the gooey lemony insides.

The lemon chiffon filling is like a custard. It isn’t too sweet, but rather cool and refreshing, as is the lemon cake.  Catch just a bit of frosting with each bite to sweeten it up.

The chocolate is a nice large piece, and no, the gold doesn’t taste like anything in particular. It’s just tasty chocolate, though chilled, so there isn’t much flavor.

Most cupcakes at Disney World are $5.99, so this is the standard going price.

If your snack budget is limited, this is a good one to add to the list. It’s not just a good way to celebrate the 50th, it’s actually one of the best cupcakes I’ve had at WDW. 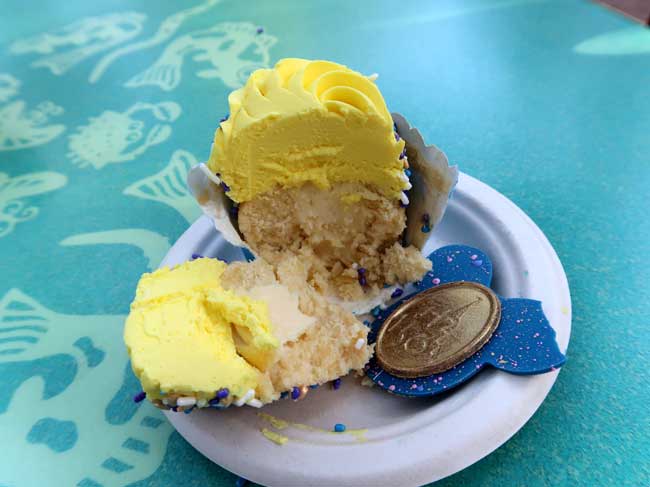 That’s one thick clump of icing. Photo by Rain Blanken

At $5.99 it’s the standard cupcake price at Disney World, but unlike a random cupcake in the case at the Confectionary, you’ll know what’s in this one… delicious, delicious light lemon chiffon. I recommend it!