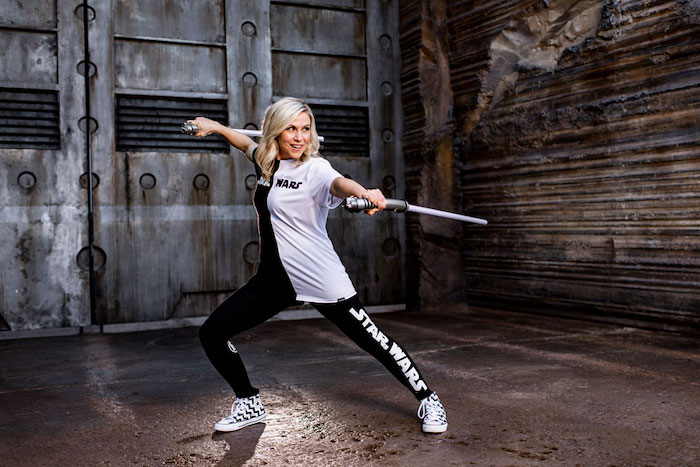 Her Universe just released a brand new line of Star Wars-themed apparel that will take your next visit Star Wars: Galaxy’s Edge from good to out of this world. The line is now available for purchase at Disney Parks and will soon release online to shopDisney. The new collection offers t-shirts, joggers, jackets, and more. 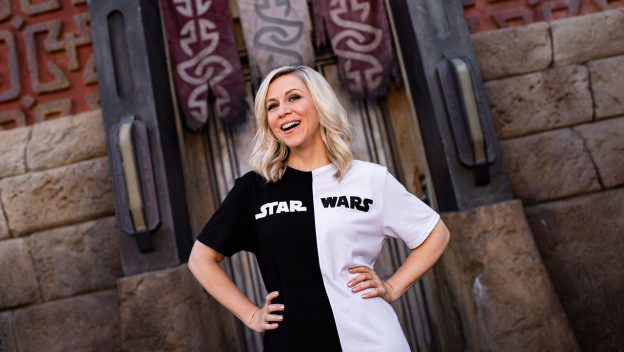 This new Her Universe collection helps bring balance to the force through bold use of a black and white color palette and styles inspired by ’90’s fashion trends. Wear the Star Wars logo front and center, or boldly declare your allegiance to the Rebel Alliance or the Galactic Empire. Several pieces include the famous phrase “May the Force Be With You.” As a hidden treat for the wearers, several items feature a message on the inside trim: “Choose Your Destiny.” 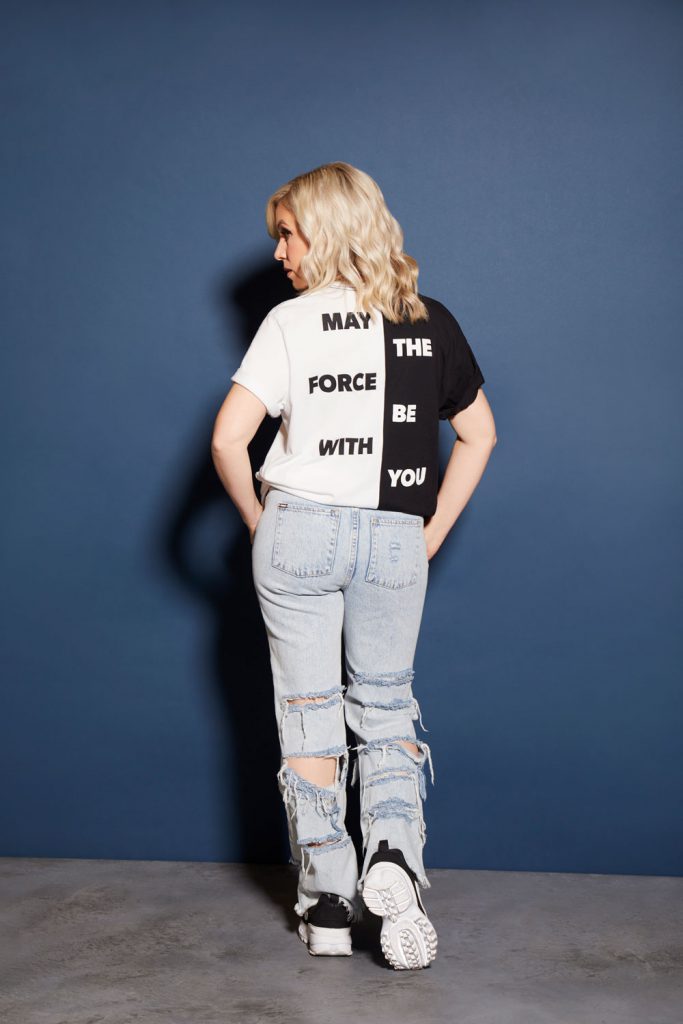 Give those walking behind you an inspirational Star Wars message. Photo Courtesy of Disney Parks Blog

“I am a huge Star Wars fan and I love showing off my fandom proudly! When designing this collection, we wanted to create the perfect outfit to wear while living your best life on Batuu” says Ashley Eckstein, voice of Ahsoka Tano in Star Wars and founder of Her Universe. “Whether it’s drinking blue milk, picking out your perfect lightsaber or flying the Millennium Falcon, everyone wants that wearable souvenir and photo that shows the perfect day at Star Wars: Galaxy’s Edge!”

There’s the perfect Star Wars apparel for everyone in this Her Universe and Our Universe (for men and unisex) collection. 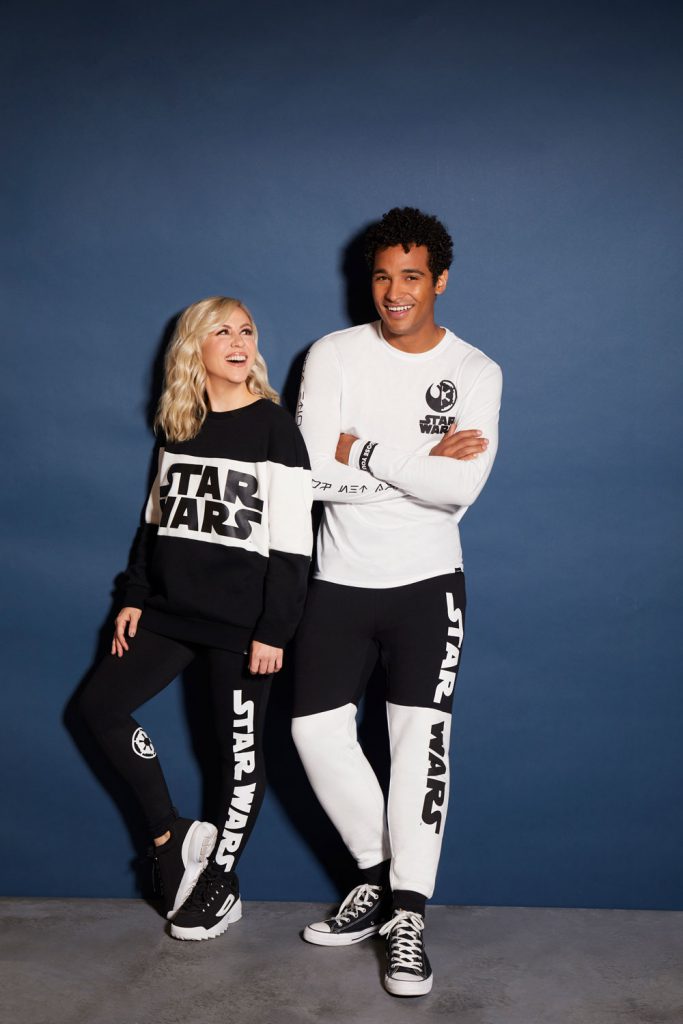 There are also several pieces in the Our Universe collection for men and unisex! Photo Courtesy of Disney Parks Blog

Be sure and grab a great outfit during your next trip to Batuu and get a great photo keepsake in front of the numerous backdrops across the planet! 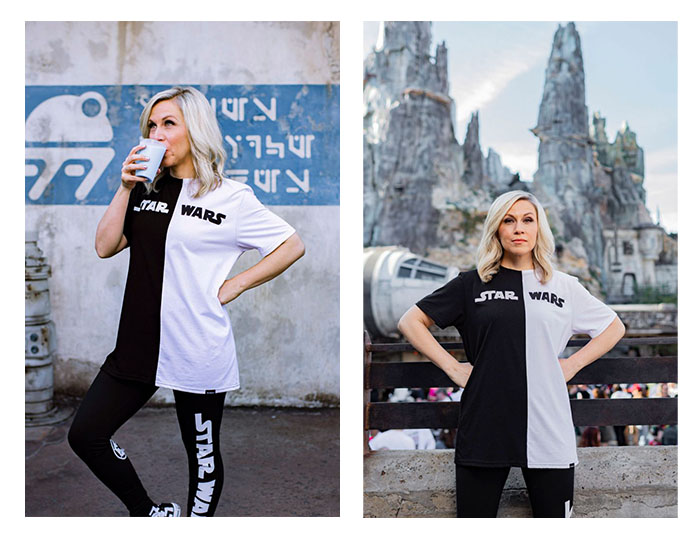 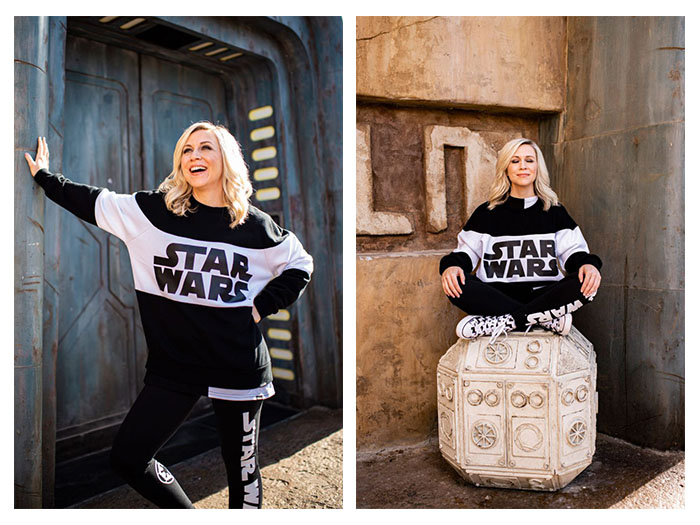 Pick one of the many Instagramable backdrops around Batuu. Photos Courtesy of Disney Parks Blog

Find the Her Universe line at Tattoine Traders and Launch Bay at Disney’s Hollywood Studios, Bayview Gifts at Disney’s Contemporary Resort and Star Wars: Galactic Outpost, Star Wars: Trading Post and World of Disney at Disney Springs. For those who can’t get to the parks right away, the line will drop on shopDisney on January 27.