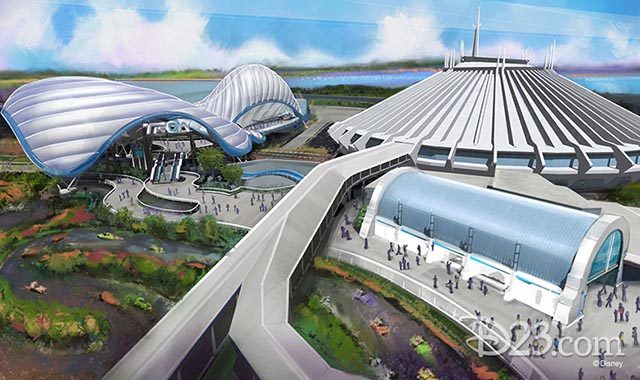 Disney is working on quite a few new attractions right now, including the TRON Lightcycle / Run located in Tomorrowland at Magic Kingdom.

Recently, the TRON Lightcycle / Run attraction reached a new milestone, and it’s definitely something to celebrate!

The very first piece of the canopy on the Tron Lightcycle / Run attraction was installed just yesterday, September 15th!

This piece of the attraction is the outer wavy canopy that encases much of the roller coaster. It’s the first of 40 pieces that will form the structure, also called the “Upload Conduit.”

Each section of the canopy is built out before it gets placed. This requires “alignment of the steel, welding, grinding, some painting and electrical work,” according to the Disney Parks Blog.

As the weeks move on, we’ll see the canopy continue to grow before our eyes!

Check out this video showing the canopy section getting placed.

Just last year, in May, we got news that the very first support columns for the attraction were being placed. Now, we’re seeing major additions on the actual structure.

It’s very exciting to see the TRON Lightcycle attraction grow into the amazing, iconic ride it is sure to be! 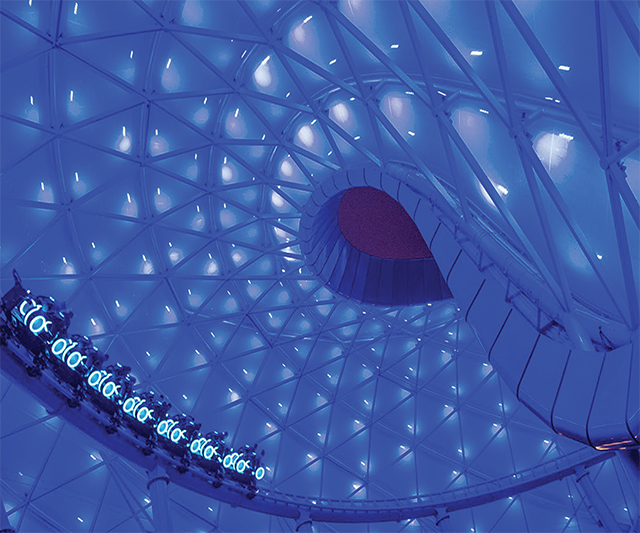 Before the pandemic hit, guests could even see what it was like to ride on one of the coaster’s Lightcycles, in a display at Tomorrowland in Magic Kingdom. 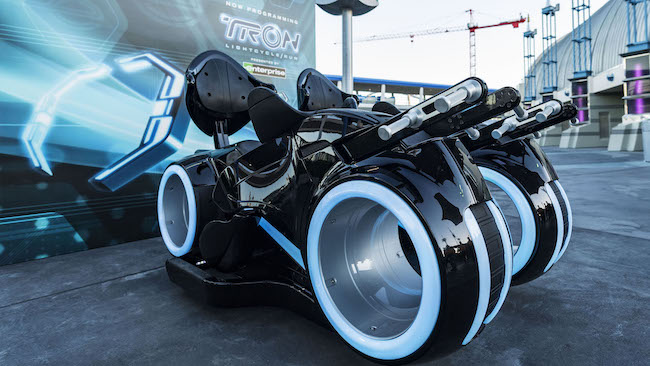 You’ll be riding a roller coaster on one of these lightcycles in no time at all! Photo Courtesy of Disney Parks Blog

TRON Lightcycle / Run is set to be ready to ride for the 50th anniversary of Magic Kingdom, in 2021. I can’t wait to check it out!

Want to stay up to date on all the Disney news? Subscribe to our newsletter today!