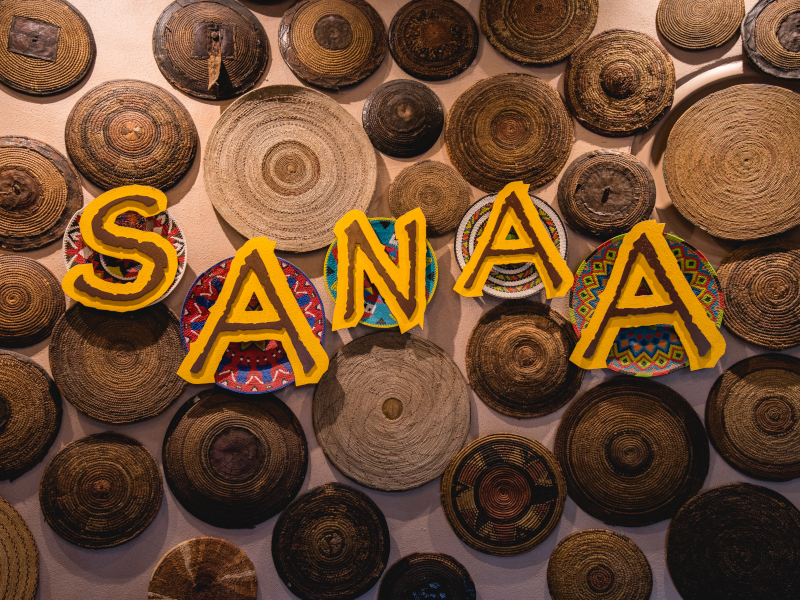 I’d like to apologize in advance if you’re harboring a mean appetite at the moment. Because Sanaa at the Animal Kingdom Lodge just added a whole bunch of new menu items, and they’re gonna tantalize that appetite something fierce.

This week over at Disney Parks Blog, Global Food & Beverage Digital Integration Specialist Nicole Cantore pulled up the proverbial platter lid and gave us a peek at these new plates.

Feast Your Eyes on the New Sanaa Menu Items

Sanaa’s Chef Sahib Bhatti is dipping into his Tanzanian roots and rolling out a revamped menu filled with tasty new appetizers, entrées, and main courses. Shall we dig in? 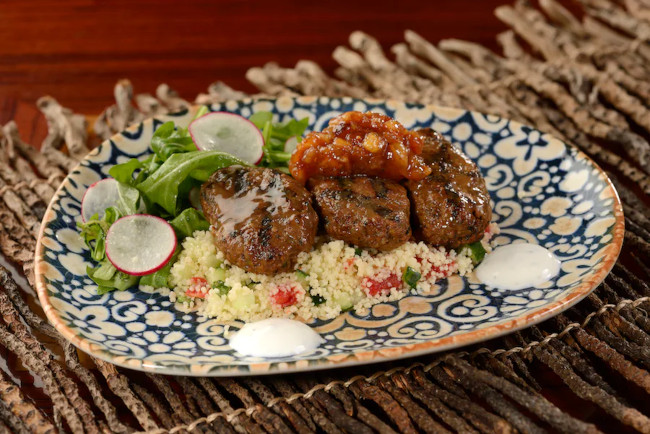 First up, we’ve got a new spin on the popular Lamb Kefta that works in even more flavor with cumin and cayenne. Sounds fire in more ways than one. 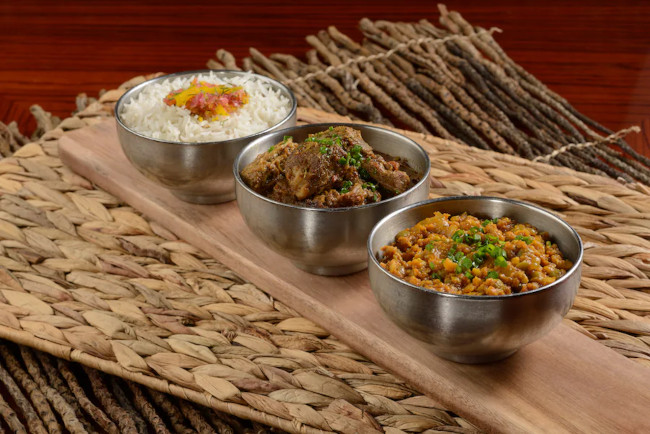 On the entrée side, the Potjie-inspired Slow Cooked Dishes are adding a few new flavors. Pork Vindaloo, brimming with flavor and heat from a house-made spice blend, joins other Journey options like Braised Beef and Butter Chicken. 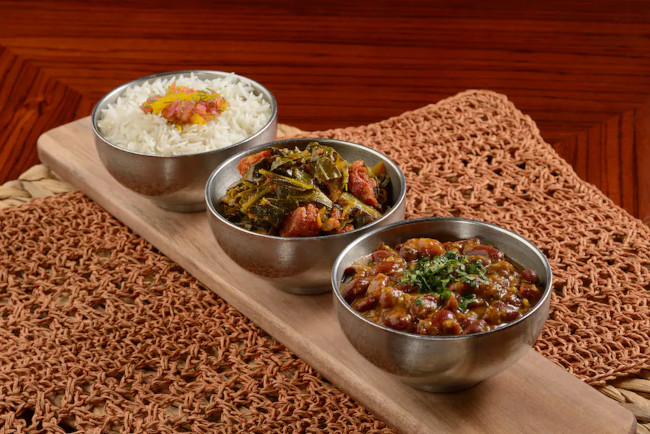 There are also three new Harvest options for the Potjie-inspired:

Onto the main course, the lunch and dinner menus are adding Zanzibari Vegetable Curry and Samaki Wa Kupaka…. 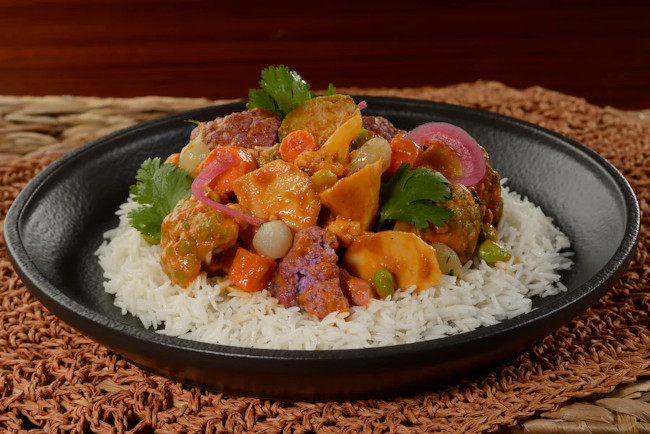 If you didn’t know already, Zanzibar is nicknamed “Spice Island.” That should tell you a lot about this beautiful vegetable and rice dish. 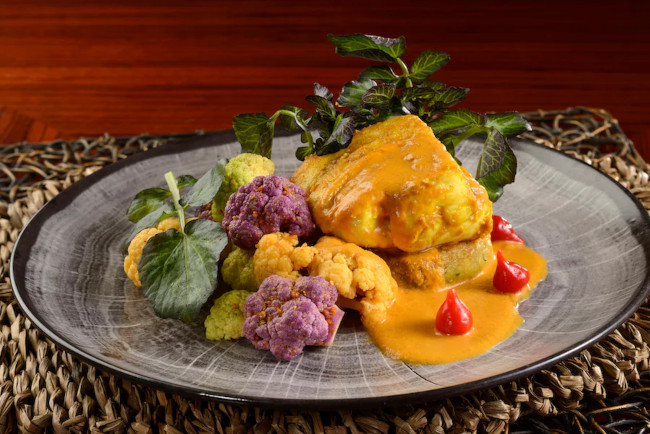 Samaki Wa Kupaka takes kingklip, a fish that’s indigenous to the coast of South Africa, and marinates it in Swahili-inspired flavors and a tamarind coconut gravy. 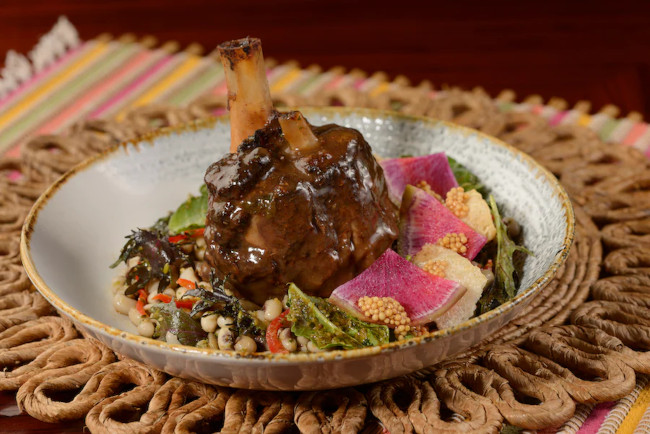 And what else is for dinner, you ask? How about a gorgeous bone-in Pork Shank that’s long-braised in flavors like cloves and nutmeg and served with chermoula herb blend-simmered black-eye peas. 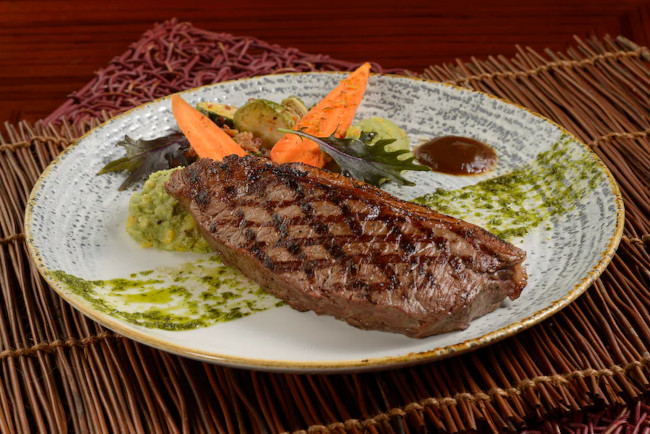 You can’t have a high-end dinner menu without a decadent steak, of course. The piece de resistance of the new menu items at Sanaa is a revamped Grilled New York Strip that pulls in Eastern African flavors and pairs lovely-like with a house-made mukimo.

On top of all these hot new menu items, you’ve got staples like the Sanaa Burger, Tandoori Chicken, and the crowd-pleasing Indian-style Bread Service.

Sanaa is open now at Kidani Village, and it’s an absolute must—if not just for the food, then definitely for the views.

Which of Sanaa’s new menu items tickles your taste buds most? Visit the WDW Magazine Facebook page and tell us if you think you can handle the heat that Chef Sahib’s serving up.