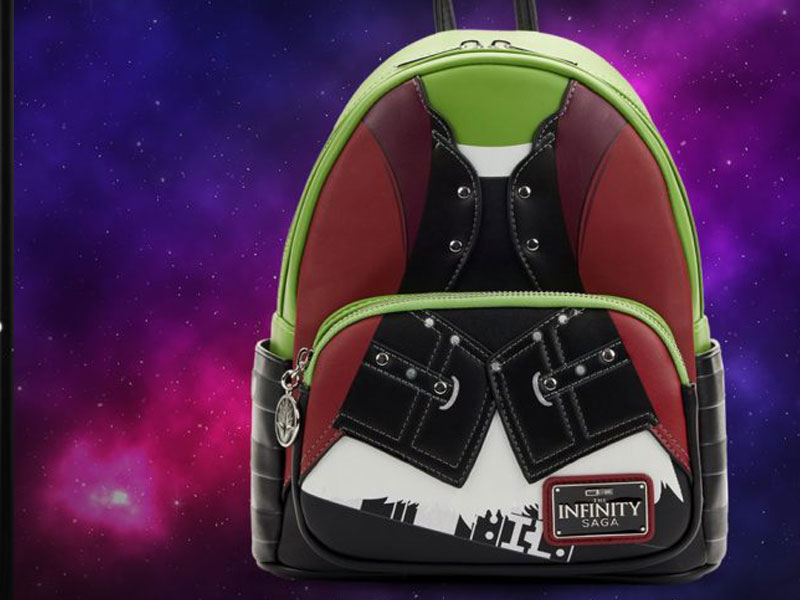 The new Gamora Loungefly bag is so good, you might even want to dance. Maybe.

Planning the perfect outfit for a day in a Disney Park or a shift at work demands the right accessories. To conquer whatever corner of the galaxy you’re headed to, check out the Marvel Gamora Loungefly mini backpack just announced as a San Diego Comic-Con (SDCC) exclusive for 2022.

Loungefly just unveiled a new backpack celebrating Gamora of Guardians of the Galaxy to commemorate the Infinity Saga of the Marvel Cinematic Universe (or Phase 1 through Phase 3, for serious fans). This is the first Loungefly accessory for Gamora on her own, separate from the Guardians. 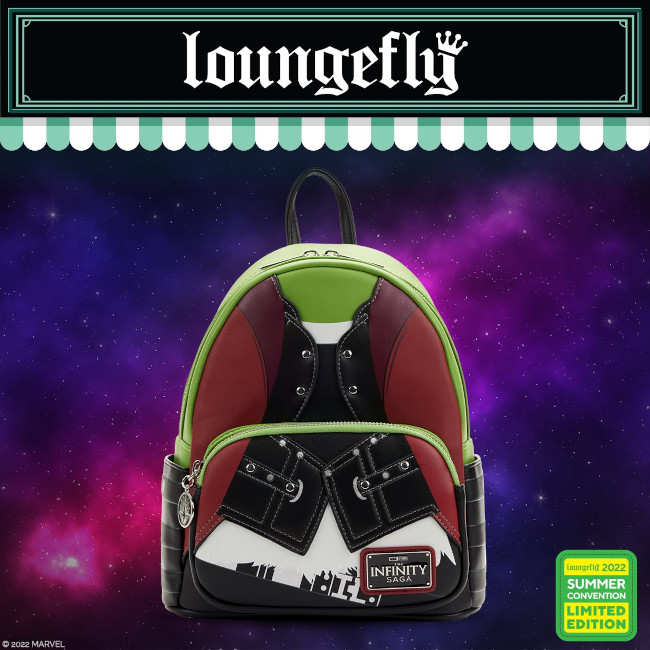 Whereas some Loungefly bags focus on symbolism, like Captain America’s shield, Gamora’s bag imitates her outfit in Guardians of the Galaxy Vol. 2 and the Infinity War films. Swaths of fabric imitate her shirt, vest, jacket, belts, and pants. It looks as if the sides of the bag are green to pay tribute to Gamora’s emerald skin. A closer look at the new Gamora Loungefly. Photo courtesy of Loungefly

This bag would be perfect for catching a ride of Mission: SPACE or Guardians of the Galaxy: Cosmic Rewind the next time you’re at EPCOT.

Take a closer look at this new Gamora bag from Loungefly: The front of the Gamora bag. Photo courtesy of Loungefly The back of the Gamora bag. Photo courtesy of Loungefly Loungefly has not yet announced pricing details. If you like the Stitch backpack, Loungefly will also have an exclusive matching wallet at SDCC. It will be perfect for attending Mickey’s Not-So-Scary Halloween Party or the Oogie Boogie Bash.

Watch Loungefly’s social media for details about its SDCC 2022 if you’re lucky enough to attend. For the rest of us, Hot Topic, 707 Street, and FYE are store partners for these limited releases. There should be more details about release timing as SDCC nears. 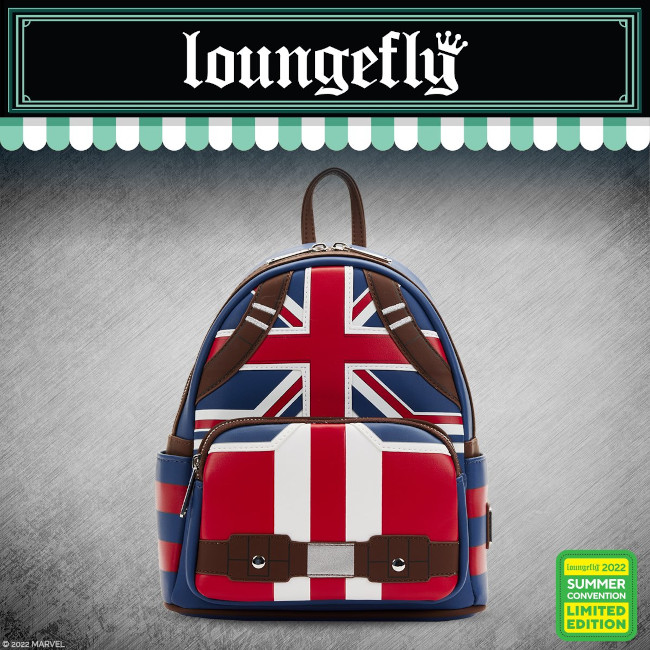 Personally, I’m a huge fan of the Captain Carter bag. It’s really nice to see Peggy Carter getting more attention from the MCU and its merchandisers.

Let’s be real, a big reason to be excited about the Gamora and Captain Carter Loungefly mini backpacks is that they are for two of Marvel’s female characters.

Before this, Captain Marvel and Black Widow earned a coveted Loungefly bag only when they got solo films. Now with these SDCC exclusive bags, the new backpack for Ms. Marvel, and a possible bag for Jane Foster’s version of Thor in Thor: Love and Thunder, it feels less like ladies have to buy Disney Princess bags to flaunt their feminine side with Loungefly.