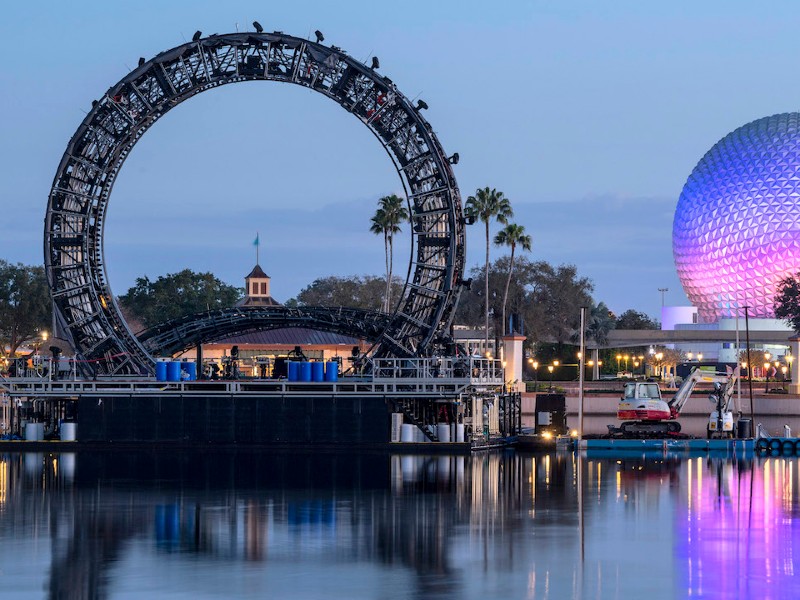 Well, there’s no denying it will be large, especially based on the size of the barges that continue to show up in the center of the World Showcase.

On Saturday, Feb. 27, Imagineer Zach Riddley shared photos of the latest installment on the lagoon that Disney has been teasing for some time. Let’ just say it’s hard to miss as you walk around the 11 pavilions. 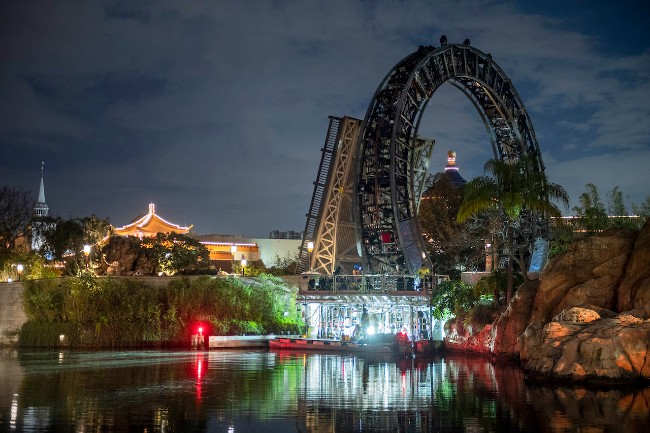 She sure is one big ring. Photo courtesy of Disney Parks Blog

The ring itself is so big in fact that it’s 6-feet-tall and is described as a “central ring structure, supporting a high-density water curtain, moving lights, fountains and more.”

Alongside the ring, there are already several platforms spread around the World Showcase and they are just as big.

There will be a total of five floating platforms that will be positioned like a compass.

If you didn’t know, these barges will actually be permanent fixtures on the World Showcase Lagoon by being part of the show at night and then turning into fountains during the daytime, as you can see in the concept art below. 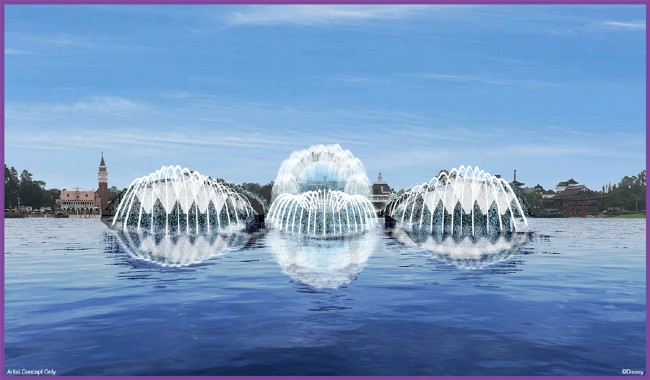 The concept art for the daytime fountains. Photo courtesy of Disney Parks Blog 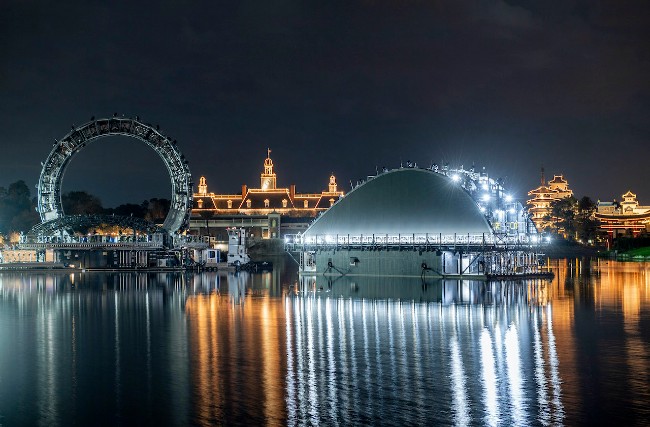 Harmonious will tell the story of global connection and celebration, all while serving as a tribute to “the power of story and song that unite us.”

As Disney described in February 2020, “The show is a beautifully crafted dreamscape of Disney music and images, reimagined by diverse cultural musicians and artists from around the world.”

When the show officially begins, there will be custom-build LED panels, choreographed moving fountains, colorful lights, lasers, pyrotechnics, and so much more.

When Will It Premiere? 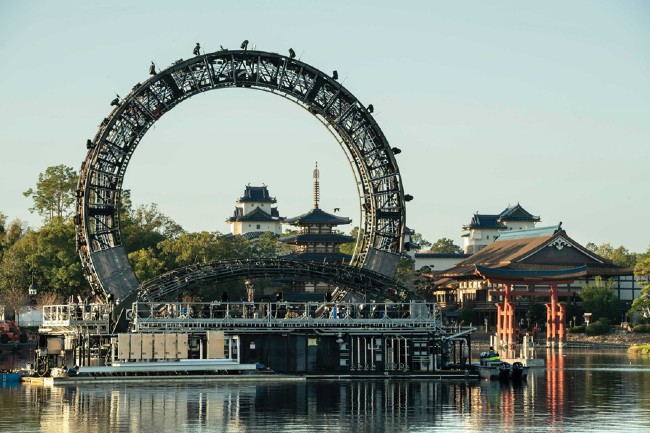 Just look at that view of the Japan pavilion through the ring. Photo courtesy of Disney Parks Blog

Disney has not set a premiere date yet for Harmonious. According to Disney’s latest update, “The show is still in the early stages of development with more finishing details to come.”

We will, of course, keep you apprised of any and all updates.

Harmonious is just one of the many changes coming to EPCOT. It will certainly be interesting to see what the nighttime spectacular will look like once completed, let alone the fountains during the daytime.

What do you think about the six-story-tall ring? Are you excited for Harmonious? Tell us in the comments on our Facebook page!