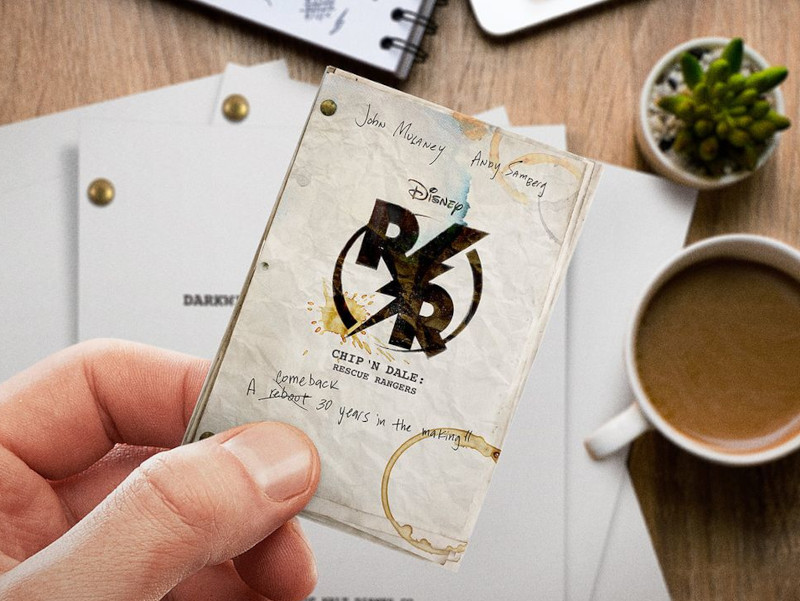 Disney+ Day is here at last, and it’s brought news of the long-awaited return of Ch-ch-ch-Chip ’n Dale: Rescue Rangers in a new Disney+ Original Movie.

Call it a comeback, a reboot, or long overdue—Chip ’n Dale are finally back in action after more than 30 years, and they’re coming to Disney+. 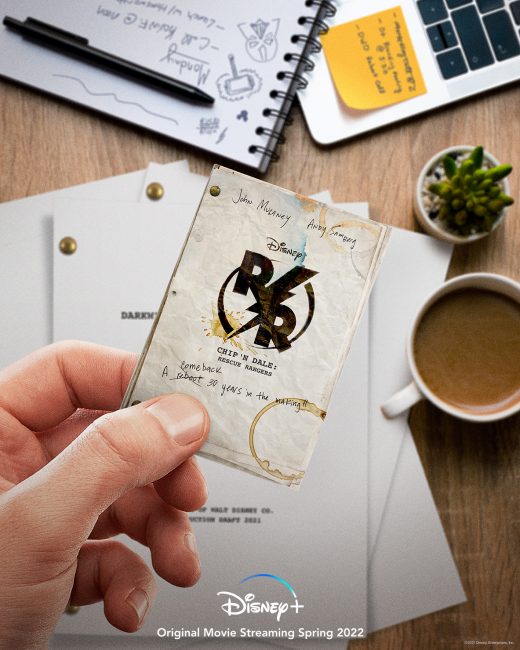 Given that Disney+ is super adamant that Chip ’n Dale: Rescue Rangers is not a reboot, it doesn’t seem likely that the movie will retread any old stories from the original 64-episode run.

Now that’s not to say that we won’t wind up in familiar places and situations—or encounter a familiar face or two. You can very well bet that our dynamic duo will be joined on their adventure by the likes of Monterey Jack and Gadget Hackwrench.

And what’s a good story of heroics without devious villains? Don’t be surprised if Fat Cat is back in a big way—as well as his trusty (but not trustworthy) henchcreatures Wart, Mole, Mepps, and Snout.

There are no official plot details as yet, though an unconfirmed report has the story revolving around Chip and Dale needing to save a friend (Zipper?) from video piracy. For what it’s worth, Mulaney says that the script was “shockingly hard to read … but we got through it.”

It’s also worth noting that Chip ’n Dale: Rescue Rangers will be a live-action-animated hybrid, so we can probably expect a not-insignificant amount of meta humor. But that does make sense since Chip and Dale monitor the human world and the animal community. 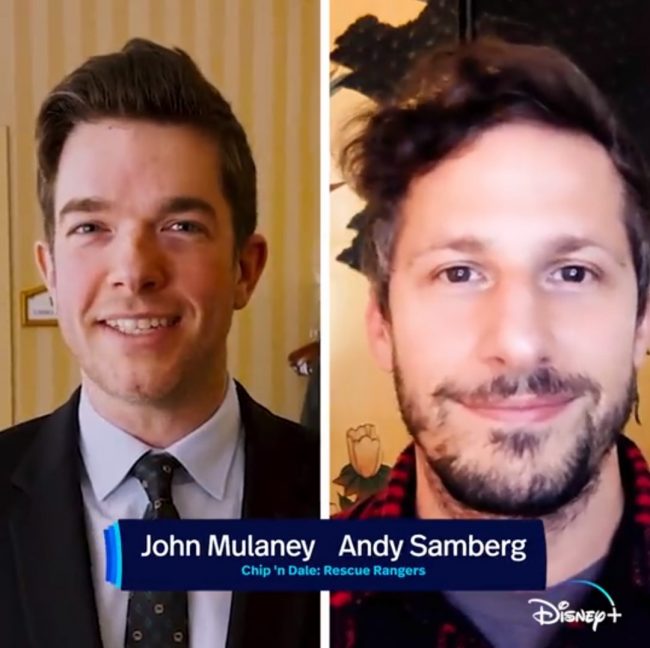 Meet the new voices of Chip and Dale. Photo courtesy of Disney+ Twitter

So far, we only know of four names attached to Chip ’n Dale: Rescue Rangers. The most notable, of course, are John Mulaney and Andy Samberg, who play the eponymous duo of Chip and Dale.

We also know that Corey Burton is back in the role of Zipper. Burton voices Zipper in the original series and also plays the part of Dale. You may also recognize his voice from the 2017 reboot (not comeback) of DuckTales, in which he played Ludwig Von Drake.

The only other announced cast member is Seth Rogen, who will make a cameo appearance.

We’re also hoping to hear the voice of Tress MacNeille somewhere in Rescue Rangers. Tress played the roles of Chip and Gadget in the OG series and currently voices Daisy Duck on Mickey’s Funhouse and The Wonderful World of Mickey Mouse.

And since Peter Cullen is still going strong at 80 years young, it’d be lovely for him to reprise his part as Monterey Jack.

Chip ’n Dale: Rescue Rangers will hit Disney+ sometime around spring 2022. Want to bone up on all their previous adventures? All three seasons of Rescue Rangers are streaming now on Disney+ as well as the recently released Chip ’n’ Dale: Park Life.

Are you excited for the reboot comeback of Chip ’n Dale: Rescue Rangers? Head over to the WDW Magazine Facebook page and tell us all about your fondest memories and favorite episodes.