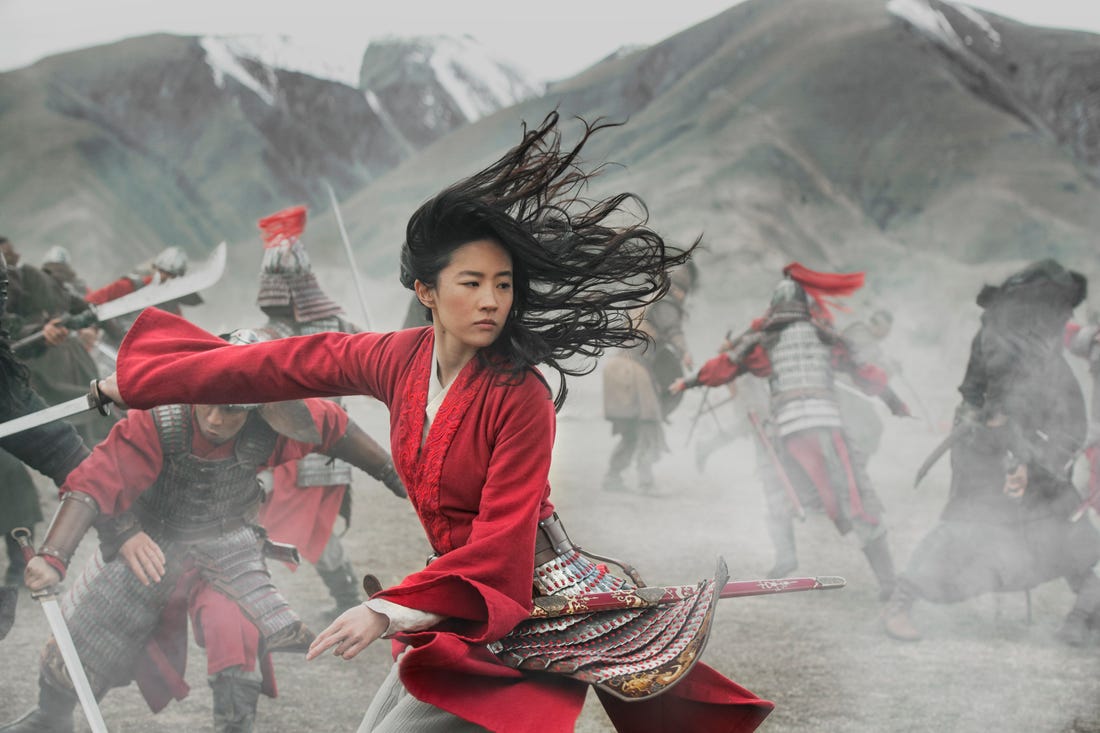 What do we want? A girl worth fighting for!

It was true in 1998 when Disney’s original, animated Mulan was released, and it still holds true in 2020, with Disney’s new, live-action remake of the cherished tale. Here’s our Mulan live-action review.

As a self-proclaimed Disney Princess connoisseur, I’ve always adored Mulan as a character. She showed me as a child that being a princess didn’t necessarily mean over-the-top ballgowns and true love’s kiss (although those things are wonderful too!).

It really is true what the Emperor said. “You don’t meet a girl like that in every dynasty.”

Here are the reasons we loved this all-new, live-action tale on Disney+, and why we can’t wait to watch it again.

1. SIMILARITIES TO THE ORIGINAL

While the 90’s cartoon is considered canon for us Disney die-hards, the actual origin stories of Hua Mulan are many centuries old.

Some of the first recorded texts of her epic adventures are documented in the poem and folk song, Ballad of Mulan. In the live-action Disney tale, the enemy army’s name, the Rourans, is taken from the original poem. This is why you won’t hear any mention of the Huns in this film.

In the original lore, Mulan is a skilled fighter from a young age.

This detail added to the live-action film was a most welcome sequence, seeing our girl growing up, honing her innate gifts. It adds another layer to Mulan’s character and gives a strong explanation as to why she stands out from the crowd (aside from just being hopeless at pouring tea for the matchmaker). 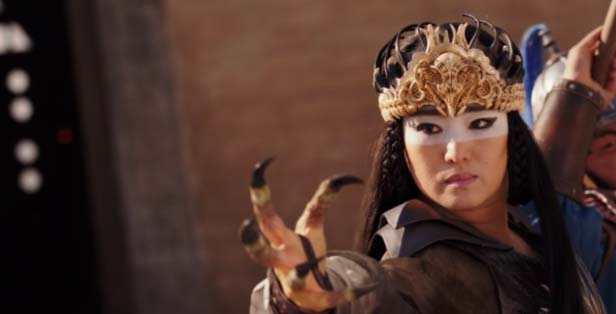 The character of Mulan is one of the greatest examples of female representation we have in all of Disney. She defies the cultural norms set out for her that she is expected to obey, and finds her own definition of bringing honor to her family. Aside from Mulan, there are other amazing women who hold this film up.

First, let’s talk about the new characters and crew.

There’s a delightful, surprise cameo (she’s not even listed in the movie credits on IMDB) by the actress who voiced the animated version of Mulan, Ming-Na Wen. To keep the surprise, I won’t say when or where it happens, but it’s very quick. Keep your eyes peeled!

I cannot remember the last time I watched a film that was so beautifully colorful.

Color is used in a compelling shot of a single warrior walking up the vast staircase to the palace and is also used in Mulan’s bustling, vibrant village.

Color is cathartically used in the striking battle scenes, with beautiful shades of red (the color of the Imperial Army’s uniforms) against the bleak sand and the iron-colored skies.

There are endless examples of how beautifully color was used in this movie, but suffice it to say, cinematographer Mandy Walker really outdid herself, making use of dazzling visuals that kept me fully engaged from start to finish.

Of course, there is plenty of action. Photo courtesy Disney Studios

I sincerely hoped that Disney would deliver some seriously epic action in the movie. And they did not disappoint!

Featuring sophisticated choreography, the action in Disney’s new Mulan features incredible kung fu and wuxia-like fantasy elements in the action sequences. The action was both visually stunning, and emotionally compelling.

Fun fact: Actress Yifei Liu performed 90% of her own stunts in this film.

For the majestic action sequences alone, I do hope we still get a theatrical release so we can see them on the big screen someday! 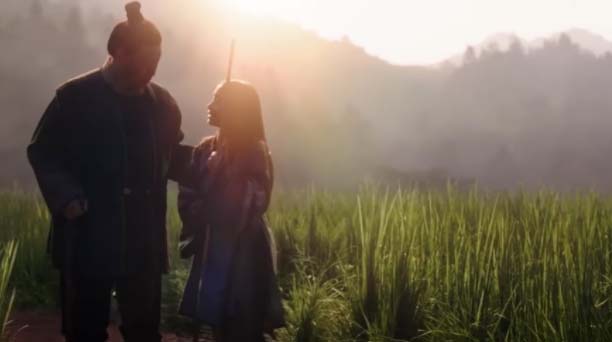 I have always had a soft spot for the love between fathers and daughters.

It’s why I also adore Belle and Tiana so much. In Disney’s animated Mulan, we see a similar love between Mulan and her father. However, in this live-action adaptation, their relationship is even more elevated.

From the start of the film, I was captivated as we opened on father Hua Zhou’s voiceover, proudly stating, “There have been many tales of the great warrior, Mulan. But Ancestors, this one is mine.”

Meaning, as we watch the movie, we’re seeing Mulan’s courageousness, strength, and growth all through her father’s eyes, beaming with pride for his daughter. I’m getting teary-eyed just thinking about it again.

While I did miss the almighty Mushu, Grandma Fa, and the catchy songs from the animated movie (I mean, name me a song that rocks harder than I’ll Make a Man Out of You!), I appreciated that the live-action wasn’t trying to be the animated version.

With the more serious tones of the live-action movie, I don’t know that a wacky, comedic CGI dragon and a bunch of actors singing jovially in the middle of a battle would have worked well.

I loved the direction Disney took with this new telling of the tale. I think it’s fantastic that we now have both films to enjoy equally.

For this Princess-loving girl, I feel this live-action retelling truly did bring honor to us all. What did you think of Disney’s new Mulan? Let us know in the comments on our Facebook page!