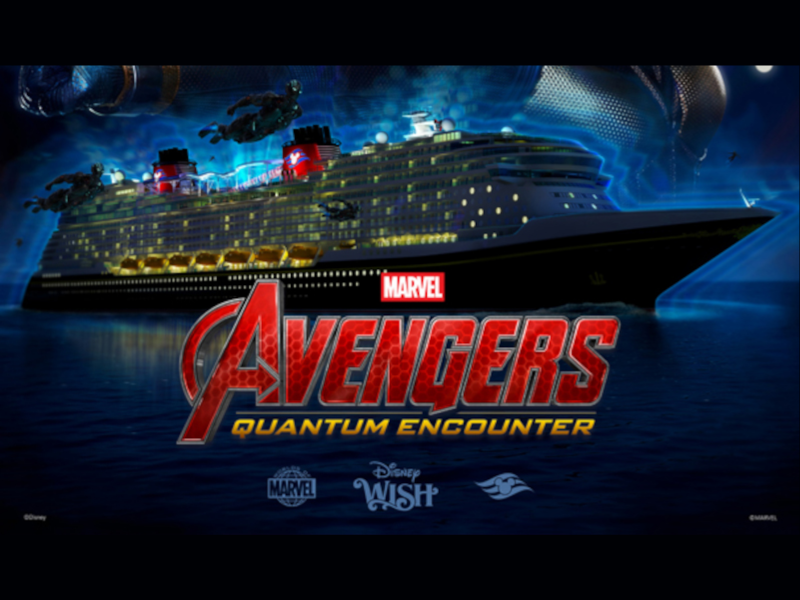 The latest Disney cruise ship is about to set sail with a surprise: Ms. Marvel on the Disney Wish!

The Disney Wish finally sets sale on July 29, and there will be much to do on board this all-new cruise liner. One of the coolest by far should be Avengers: Quantum Encounter—especially now that Ms. Marvel is joining the team!

Ms. Marvel Helps Save the Day in Avengers: Quantum Encounter 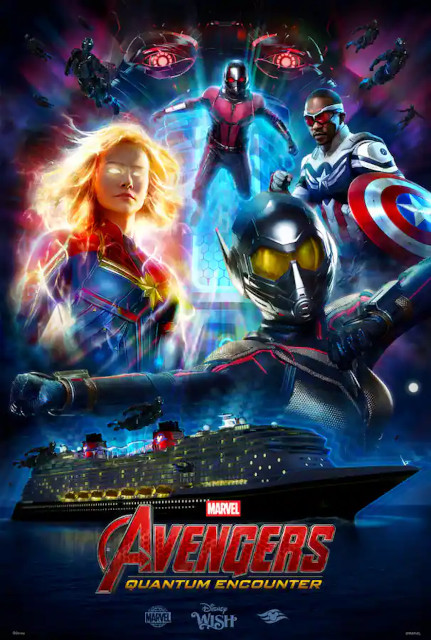 There has never been anything quite like Avengers: Quantum Encounter in Disney Cruise Line history. This radical interactive experience will place you right inside a Marvel movie while you munch on some delicious cuisine!

This immersive experience is way more than dinner and a show—it’s an adventure that lets guests be part of a demonstration of the latest and most advanced Pym Tech; The Quantum Core. This tech is in high demand and attracts a particularly unwelcome dinner guest: Ultron.

Luckily, with your help, Captain America and Captain Marvel will fight to save the day and fend off Ultron and his sentries. Be sure to watch out for a surprise appearance from a certain new hero in training, Ms. Marvel. Watch her put her powers to the test!

Dine with Marvel Characters on the Disney Wish

One of the most exciting things about this interactive dinner show is its authenticity. Most of the Marvel Super Heroes in Avengers: Quantum Encounter are played by the same talented actors who portray them on-screen.

The Avengers: Quantum Encounter dining experience is hosted by Ant-Man and The Wasp, played by Paul Rudd and Evangeline Lilly, respectively. Brie Larson reprises her role as Captain Marvel and Anthony Mackie picks up his shield once more as Captain America. Ultron is voiced by Ross Marquand (instead of James Spader). And, of course, Ms. Marvel is played by Iman Villani herself!

Seeing Iman Villani in this exciting new role is a once-in-a-lifetime experience. Iman Villani was cast as this role for the Ms. Marvel series on Disney+, now you can see her in action live at the Avengers: Quantum Encounter experience.

Who is Ms. Marvel? 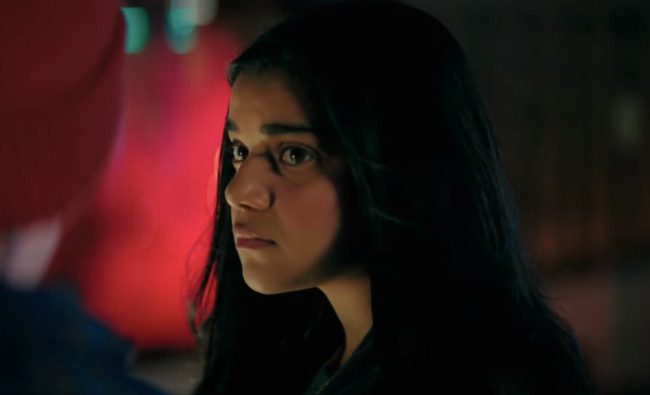 The new Ms. Marvel show first aired on June 8, 2022, on Disney+. The series is about a young outcast who has quite the imagination. She feels misplaced in both her home life and at school—that is until she starts to get superpowers, just like the heroes she looks up to, such as Captain Marvel. This changes her life forever, for the better.

Ms. Marvel has been hailed as heartfelt, humorous, and action-packed. It’s also earning praise for its positive representation of a young Pakistani American woman who wants to serve her community and make it a better place.

Make sure you check out the live stream event of the christening of the Disney Wish on June 29th, at 11 AM ET on Disney Parks Blog. You can also follow @DisneyParks and @DisneyCruiseLine for even more sneak peeks of the brand-new Disney Wish.