We Tried All the Mr. Toad Snacks at Friar’s Nook for Disney World’s 50th Anniversary 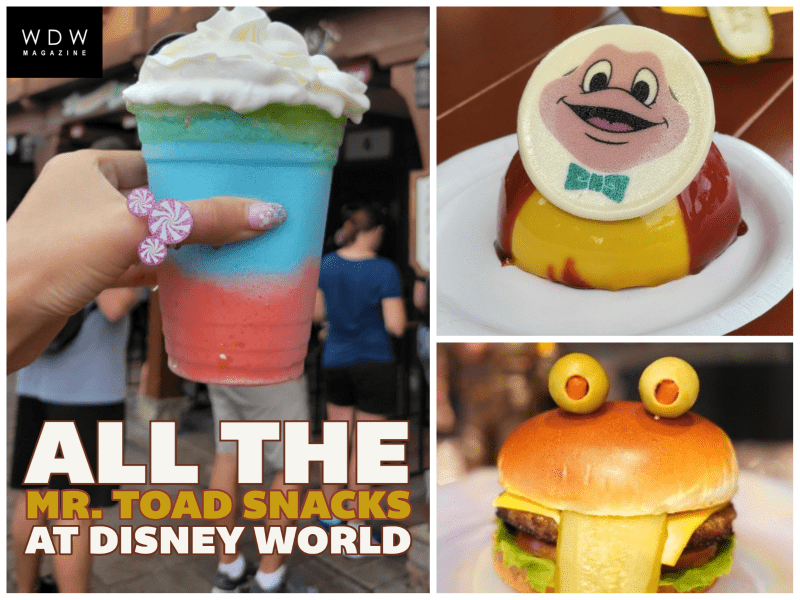 We fueled our nostalgia (and our bellies) by trying all the Mr. Toad snacks available for Disney World’s 50th Anniversary Celebration.

Disney’s extensive menu of 50th anniversary food and drinks includes nods to bygone attractions, like the Squid’s Revenge cocktail at Be Our Guest that loosely ties into 20,000 Leagues Under the Sea. But for guests really looking to get nostalgic, may we recommend a meal at the Friar’s Nook, where you can get not one, not two, but three Mr. Toad snacks!

For those who aren’t in the know, Mr. Toad’s Wild Ride was an iconic dark ride at Disney World, but it was eventually replaced by The Many Adventures of Winnie the Pooh in the late ’90s.

Here’s the full menu of Friar’s Nook snacks currently on offer during the Most Magical Celebration on Earth: 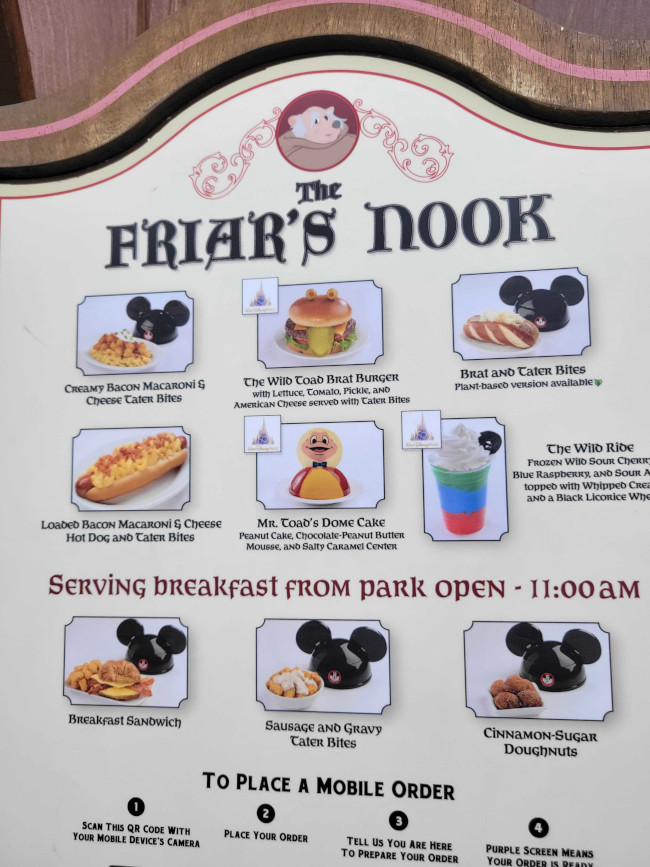 We recently tried each one during a day in Magic Kingdom. Here’s what we thought: 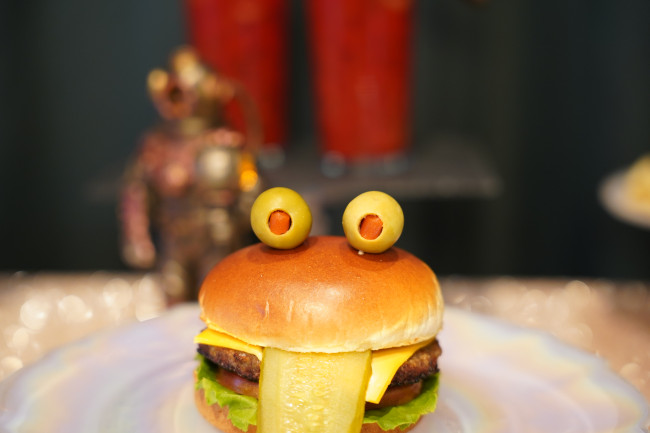 Easily one of the most contentious items on the entire list of Disney World 50th anniversary snacks, this horrifying burger has olives for eyes and a long pickle tongue. But for as terrifying as it looks, the taste: not bad!

Tatjana Lazar, our communications director, says it tastes like your average Disney burger (re: decent), but the novelty of the eyes and tongue make it worth the splurge. 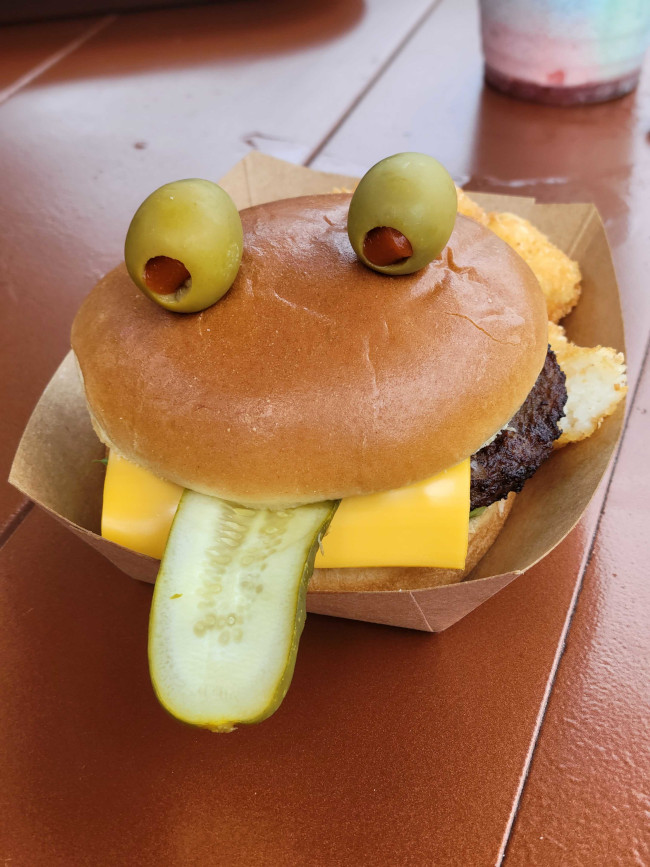 Craving more 50th anniversary food? Our January 2022 issue is the 100th WDW Magazine issue ever, and as we celebrate our own milestone, we’ll also be celebrating Disney’s, including an in-depth look at some of the best foods at Walt Disney World. Subscribe today to make sure you get a copy of this truly special edition. Subscribers like you help us keep the lights on so we can bringing you top-quality, ad-free Disney news on our blog, each and every day! 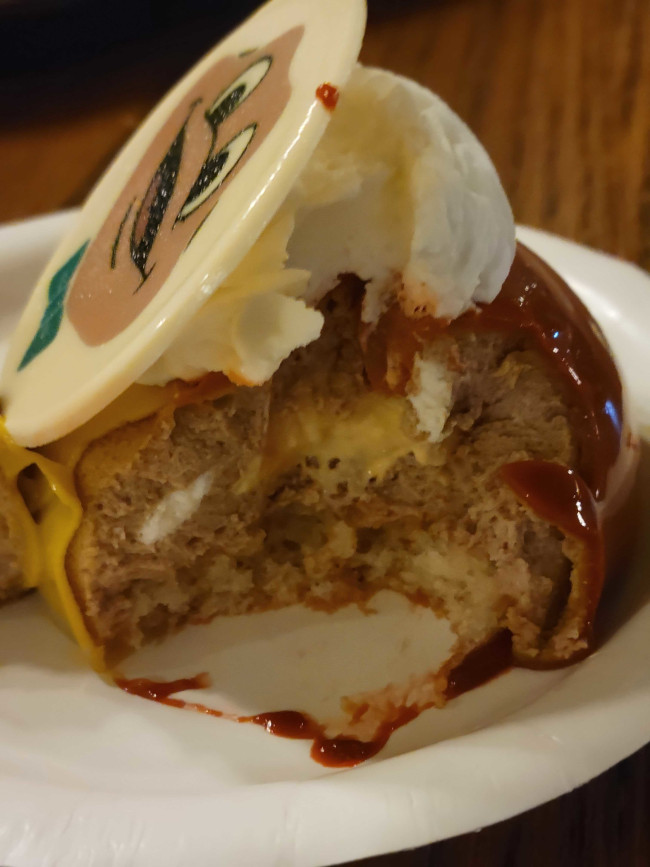 If you have more of a sweet tooth, you should try out the Mr. Toad Dome Cake. As a major peanut butter fan, for me this has got to be the best of the Mr. Toad snacks on offer.

And this is the only one of the Mr. Toad-themed eats that actually has a picture of Mr. Toad in the froggy flesh. Gotta get it for the Gram.

Mr. Toad Dome Cake, about to be pounced on by the Toad Burger. Photo by Tatjana Lazar 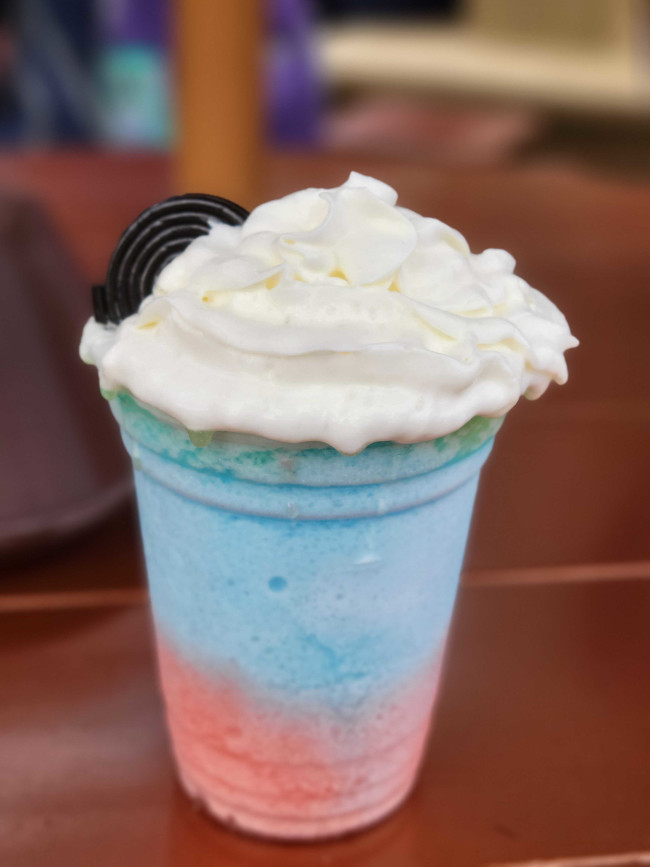 What an absolutely refreshing drink! But careful: This melts fast in the Florida sun.

Sour, thirst-quenching, apple-y (is that a word?), and just a hint of mischief from that black licorice (that part goes straight into the trashcan for me): This is a non-alcoholic drink well worth your money (or snack credits if the Disney Dining Plan ever comes back). 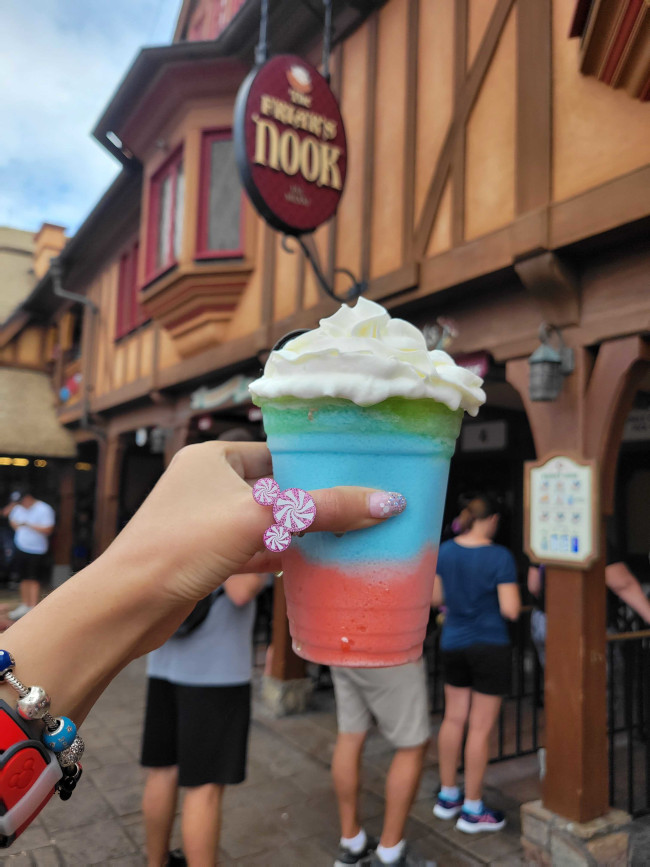 Still looking for some more nostalgic munchies after braving your way through all the Mr. Toad snacks at Magic Kingdom? Book a table at Be Our Guest to try out the Squid’s Revenge or just roam the park in search of Walt’s chili.