Lend Me Your Ears (and $1,000): The Most Expensive Mickey Ears on Sale Now

Disney teased the Luxe Logo collection of merch for the 50th Anniversary Celebration way back in August, and we knew it was meant to be the most upscale collection of Disney World 50th merch to date, but man oh man, were they not kidding when they said it was gonna be high-class.

The Luxe Logo collection includes everything from Starbucks tumblers ($49.99 well spent?) to sweatshirts to Kate Spade bags, but the most notable pieces of the collection come from the trio of Mickey ear hats and headbands.

Here are the three ear sets you and Scrooge McDuck can choose from:

Find this black and gold collection at Uptown Jewelers in Magic Kingdom.

The Most Expensive Mickey Ears on Sale Now: Yours for $1,000

If you’ve got piles of money lying around and nothing better to spend it on (like a Disney World Annual Pass, which costs pretty much the same amount), consider one of these Luxe Logo ear sets.

Somehow $225 is considered the cheap end of the spectrum. As the economy ears of the Luxe Logo collection, this leather ear headband by Loungefly offers you an easier route into upscale Disney merch. 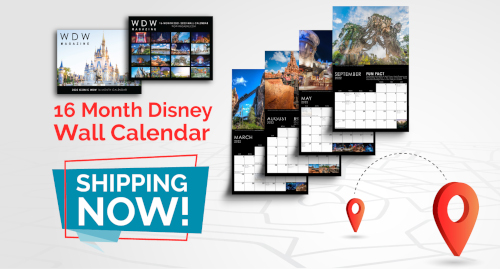 If $225 is chump change to you and you wanna throw down more than triple on some truly elegant ears, consider the Luxe Logo Jeweled Headband. But at “only” $750, these aren’t technically the most expensive Mickey ears in the collection (but don’t worry, we’re almost there).

Instead of leather for the ears, you’ll instead find gold gems and sequins, all hand-stitched. To offset the gold, the headband includes a black velvet headband, stamped with the Walt Disney World logo.

This hat comes with a commemorative box and a dust bag. 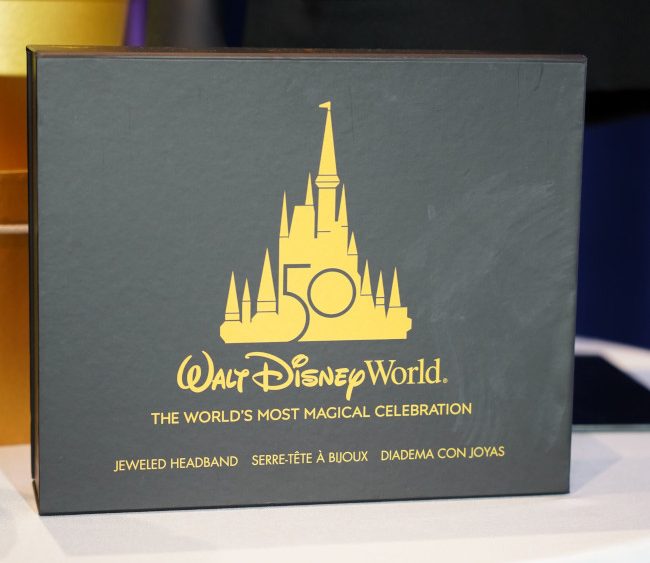 But if you have $1,000 lying around (or even $2,000, as Disney points out that customers can purchase up to two), rejoice: You can afford the most expensive Mickey ears on the market.

Just like the jeweled headband, the jeweled ear hat comes with a dust bag and commemorative box, which is probably where you’ll wanna keep these ears. This gold sequin- and gem-covered hat is not something you’d wear onto Splash Mountain.

The black is more subtle on the hat, used for the lining only. Otherwise, the Mickey ears hat is a glowing beacon of gold.

The Most Expensive Mickey Ears Ever? 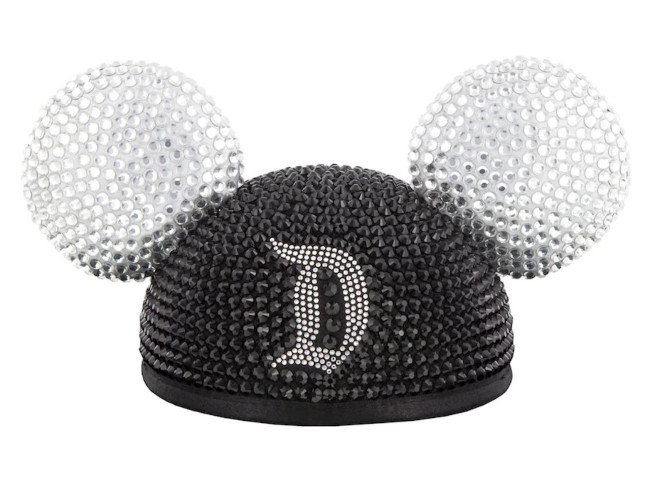 In total, Disney only made 24 of these bad boys. 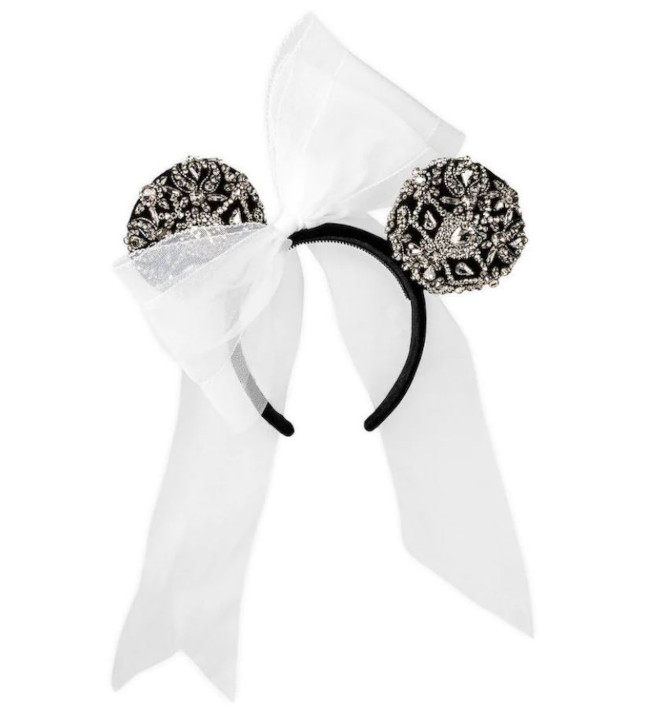 While not part of the Luxe Logo collection, Disney also released a wedding-esque pair of Mickey ears from the Disney Parks Designer Collection, in collaboration with Vera Wang. These Minnie Mouse ears retailed for $600 and were available starting yesterday in the parks and online … and they’ve already sold out.

The Luxe Logo Collection is upscale. Photo courtesy of Disney

Yes, these Mickey ears are beautiful, but did you know, for $750, you could get a handful of custom-made Mickey ear headbands from an artist on Etsy or another small shop?

Our own communications director Tatjana Lazar creates custom ear headbands for $80 a pop, including shipping from Canada. Tatjana doesn’t design these because she’s getting rich off them but because making them brings her joy—and brings joy to the recipients. 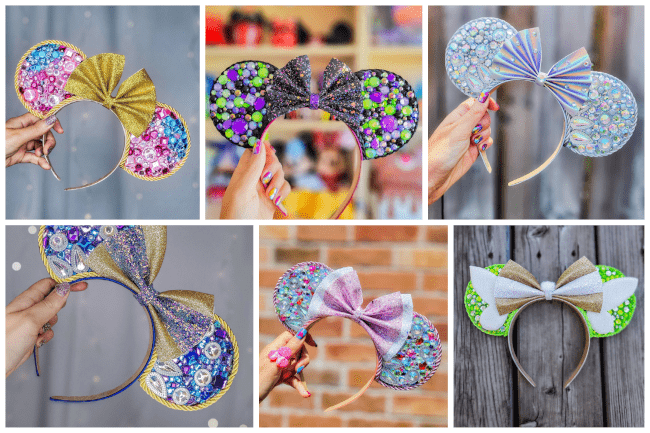 Whether from Tatjana (just DM her on Instagram to work out an order) or from another small business, I definitely urge you to consider an alternative for your Mickey ears. Sure, going on to shopDisney and ordering a pair ahead of your next trip to Disney World is certainly convenient, but it’s so much more magical when 1) you can get a custom pair made just for you and 2) you support a small artist while doing it.

But if you’re a mega Disney fan who just has to have those top-dollar Mickey ears, hurry down to Magic Kingdom while they’re still in stock—or be prepared for huge markup when these things appear from resellers.

Note: A previous version of this article stated that the Luxe Logo Jeweled Ear Hat was the most expensive pair of Mickey ears ever made. Thanks to Josh for the correction!