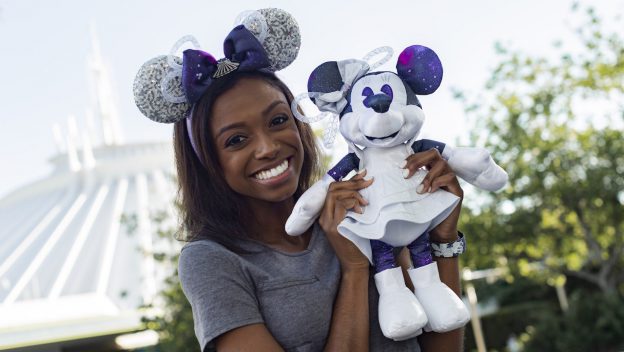 In January 2020, Disney announced a new monthly collection series featuring our leading lady, Minnie Mouse! This collection will showcase a different beloved Disney Parks attraction each month and put Minnie Mouse right in the middle of it!

How to Get It

A new collection will be released on the third Saturday of each month throughout 2020.

Use MerchPass to get an early spot, as these items sell out VERY fast online!

These items can be found in parks around the world, in Disney Stores, or at shopDisney.com. Be sure and act quickly, because the collection is limited-release, and once they’re sold out, they’re gone!

While it’s likely each month will have the same items (with a new theme), it is possible the picks will differ slightly from month-to-month. For example, Disney has said a Loungefly backpack or fanny pack—these will probably not be the same price! 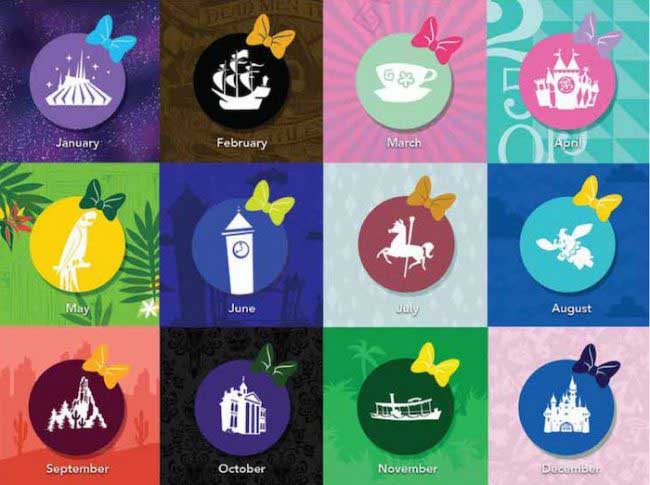 And now, the moment you’ve all been waiting for… what is The Main Attraction each month?! (Note: Disney hasn’t released actual words on what each month’s feature attraction will be. They have, however, released an image for each month, which is fairly simple to decode if you know your Disney rides). 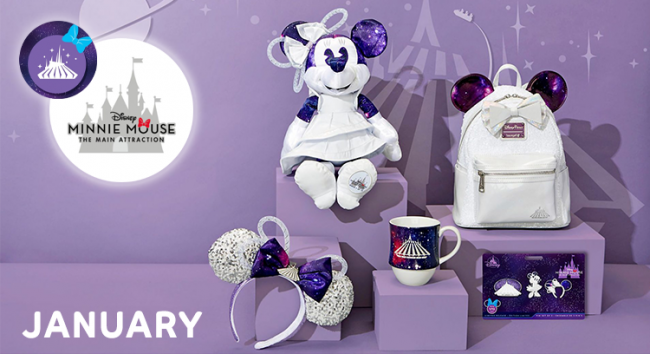 This one isn’t a surprise, as they’ve already released the January collection. Space Mountain celebrated its 45th anniversary this year on January 15th, so this Main Attraction was a very fitting celebration for Minnie Mouse! And you know what, we also featured Space Mountian on our January 2020 issue cover!

Because this month’s release date has passed, we can look at the items available and pick favorites!

The 18″ Minnie Mouse plush is adorable in her white dress and space shoes. The skirt of her dress is even an homage to the Space Mountain building – such a great touch! Everything in this collection is sparkly and covered in mesmerizing purple and blue galaxies. Look closely at the mug and the bow on the ear headband – there’s a Mickey Mouse star!

With this set, we also learned that the mugs released each month will be stackable – collect all 12 and have a tower of Disney Main Attraction mugs!

February – Pirates of the Caribbean 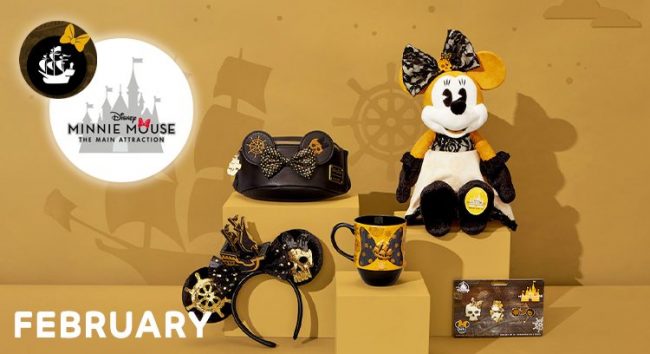 February’s attraction was Pirates of the Caribbean, released on February 15th, 2020. I am obsessed with the ear headband! It’s gold, black, and sparkly (my favorites), and has a ship right on top of the bow! 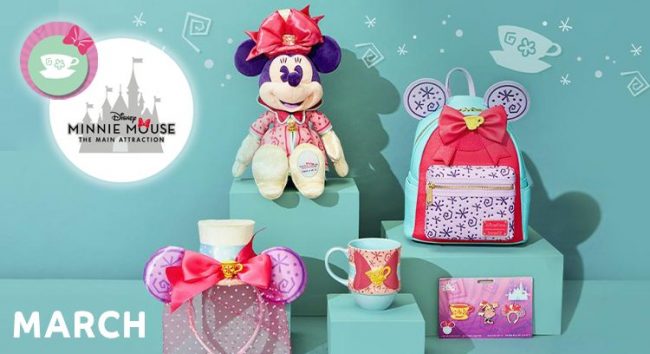 Released on March 21st, you can take these beautiful, fun colors of the Mad Tea Party for a spin. The designs are extra fun with all the colors and patterns to choose from with this attraction. 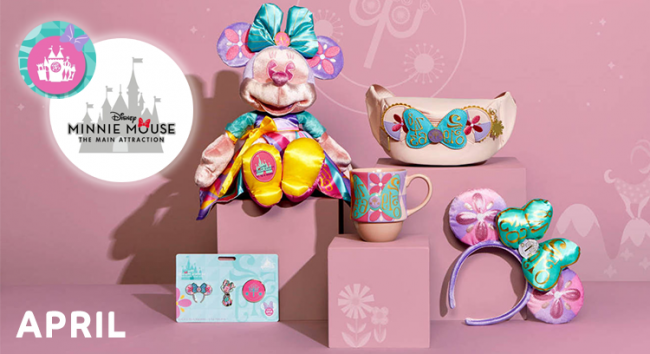 Released on April 18th, this collection represents one of the most classic rides at Walt Disney World. Mary Blair, the artist behind the original it’s a small world attraction, is such an icon. Her love of pale colors is represented well in Minnie’s outfit, with a yellow sash and bold blue bow.

This collection featured a fanny pack, useful for stashing your stuff before the Happiest Cruise That Ever Sailed. Were you able to get a piece of this collection before it sold out? 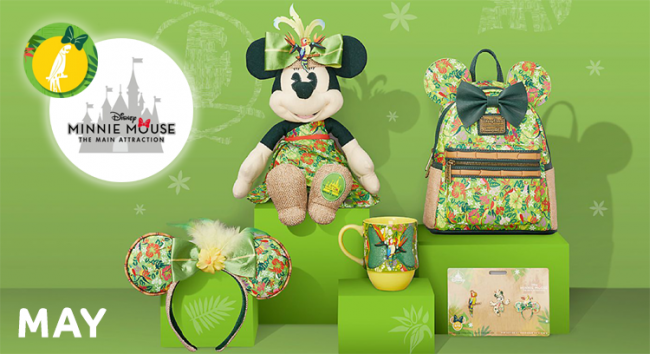 May brings us to the Tiki Tiki Tiki Tiki Tiki Room (are you singing now?). This ride is a favorite for my family, so I am thinking I might need to get some of these ears. I am already excited about the tropical vibes I’ll get from this month’s collection!

This collection dropped on May 16th and quickly became a crowd favorite! The bamboo-trimmed details and real feathers put this one over the top. 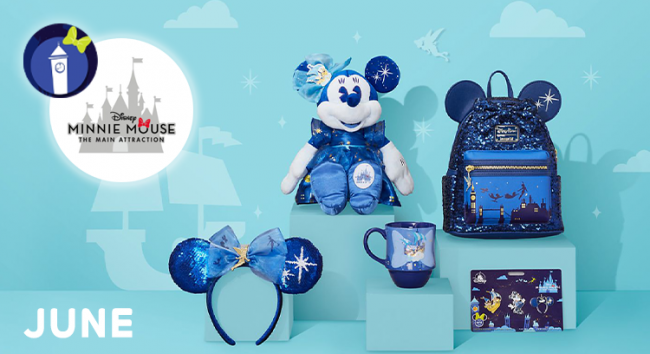 Peter Pan’s Flight has long been a fan favorite ride in the Magic Kingdom, so this collection is sure to fly off the shelves like it’s been sprinkled with pixie dust!

This collection dropped on June 20th. I love the sparkly details that make it look like you’re flying through the starry sky with Peter Pan! 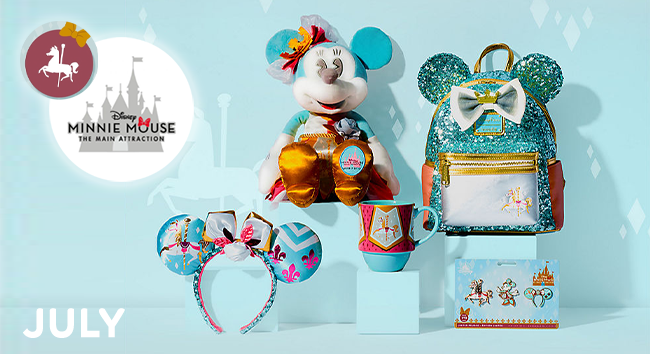 For lovers of the classic carousel ride, July is here for you! I’m imagining some really whimsical designs, complete with flowers and horses. How cute would a little carousel horse be on top of a set of Minnie Ears? 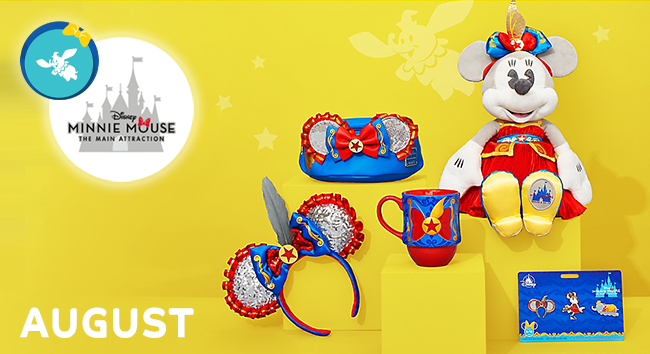 Who wouldn’t want a set of elephant themed ears? Dumbo The Flying Elephant is the Main Attraction for August. 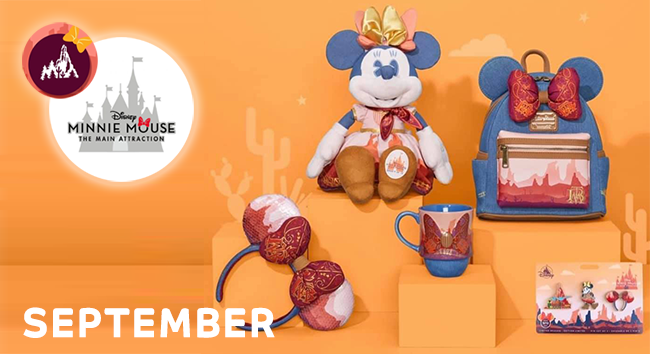 The Big Thunder Mountain collection coincides with its anniversary (opened September 1979 in Disneyland and September 1980 in Walt Disney World). These are sure to be the wildest items in the wilderness, so don’t miss out on them! 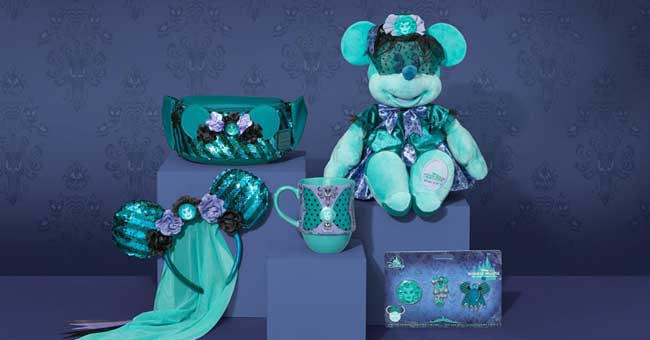 Annual Passholders will have an exclusive chance to get to this spooky collection early!

On October 28th, Magic Kingdom will host a Passholder event, with 30% discounts available on the Haunted Mansion collection! 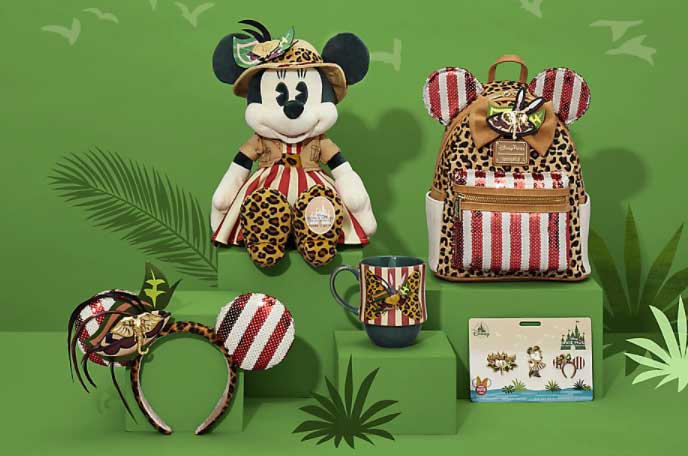 You might be in de-nile if you’re not looking forward to the Jungle Cruise collection coming in November. I wonder how punny these merch items will be?

The moment you’ve all been waiting for will come on November 21st.

Disney’s ending this collection with the REAL Main Attraction – The Castle. Because this is a worldwide Disney Parks release, I am interested to see if they choose to highlight one castle, possibly the original Sleeping Beauty Castle, or go with a more generic castle to encompass them all. 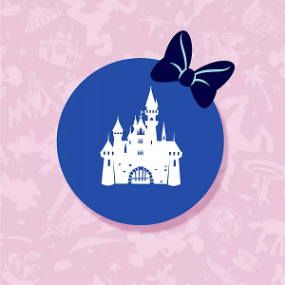 We might get a world-theme here, with several parks represented in different ways. See the background of the above image? It has some characters, as well as other famous park icons. I am most excited to see how this turns out because it’s not as obvious as the other months!

Find out what these items will be on December 19th.