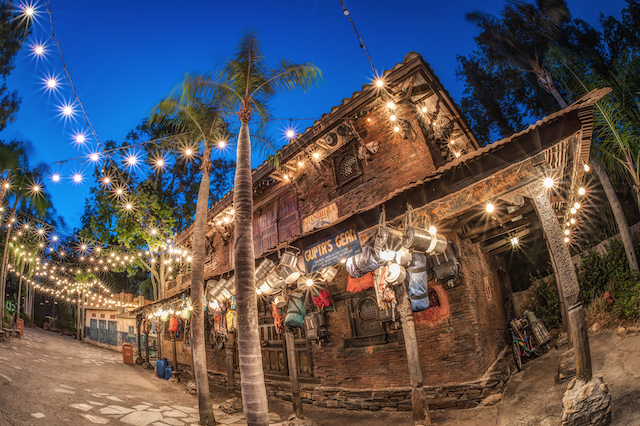 This month in WDW Magazine, we introduced you to Judd Helms, one of our terrific photographers!  We asked Judd to share a few of his favorite Walt Disney World pictures on the blog and tell us a bit about why they’re so special to him. The 10 stop monorail image is one of my all time favorites. It was an experiment with creating motion during the day on the clouds with a 10 Stop ND Filter and then pushing my photoshop limits with adding a still Monorail to create a unique look. The Gupta’s Gear shot is my absolute favorite. I wanted that shot for months. Night shots have always been tough to get due to the Animal Kingdom closing early. Plus I got to shoot with WDW Shutterbug that night which was awesome. The Past: “The Hat” at Disney’s Hollywood Studios. Photo by Judd Helms.

The Hat shot is a funny story. I know people love and hate the hat. I actually skipped a Mickey’s Very Merry Christmas Party to get that one. I knew that it was scheduled to be taken down and I had to get a good one of it. I don’t regret it. The Main Street Electrical Parade was a fisheye experiment with light trails and long exposure. I had a shot from an earlier trip but wasn’t centered and didn’t include Cinderella Castle. I camped out and scored the perfect spot one night for the second running. I have to say I really enjoy long exposure photography. Wishes: The Perfect End to the Perfect Day. Photo by Judd Helms.

The Wishes shot is from one of my first attempts with a really good camera. I was extremely annoyed when the girl got up on her dads shoulders. I know it gives kids a better view, but it also makes you about 9 feet tall which is not fair to anyone. Anyways, I ended up loving the shot. I think it shows the true awe and amazement people feel while at Disney.
Thanks so much for sharing Judd!  If you enjoyed this post, be sure to give Judd a follow on Instagram and Facebook for fabulous images every day!
To see more of Judd’s great work (along with photos from the rest of our photography team!), check out The Best of WDW – Volume 1, on sale August 24 or at D23! 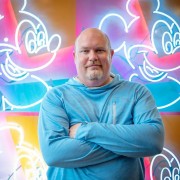 Judd Helms is a photographer for WDW Magazine. He is a lighting designer in the special events rental industry. Judd grew up a Buckeye and he's now a Hoosier that loves to visit and photograph Walt Disney World whenever possible.