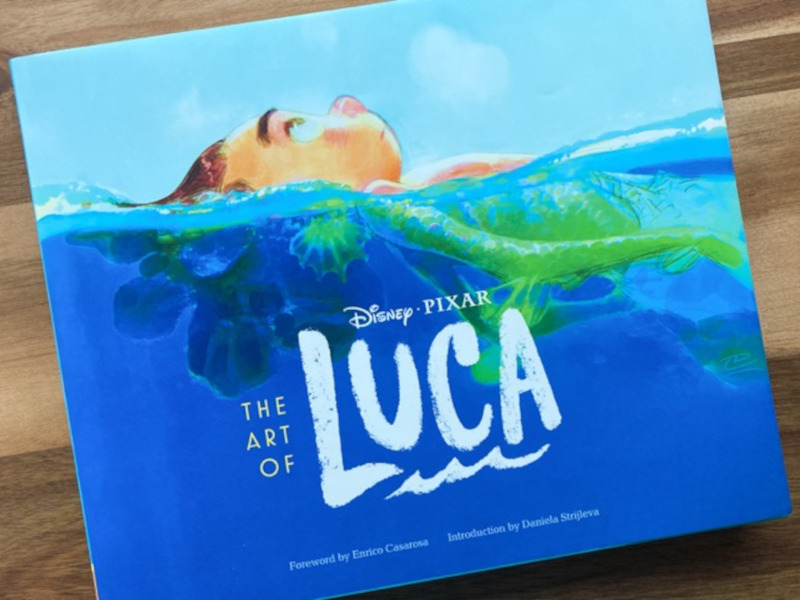 Summer is here, and so is a new film from Pixar. Learn more about it with The Art of Luca from Chronicle Books!

If you dream of sun-soaked Italian villages and the wonder of childhood, Pixar’s latest film, Luca, is a perfect summer treat.

After your epic Disney+ movie night, take a look at The Art of Luca, available now from Chronicle Books, to see the real-life inspiration behind the film’s story and style.

This latest romp from Pixar follows the title character Luca and his friend Alberto, who are both sea monsters. 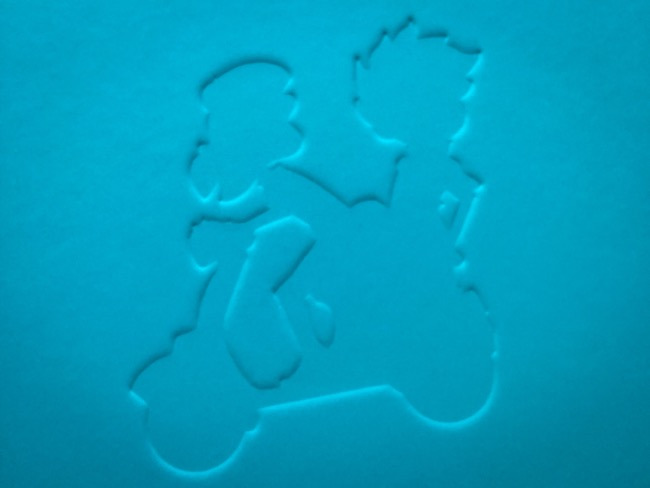 Unlike Ariel, who sold her voice for legs, the sea monsters of Luca look like humans when they leave the water and dry off (she would be totally jealous).

They live off the coast of Italy, and the movie follows Luca as he sneaks away from his underwater home and discovers the town of Portorosso, meeting new friends along the way.

In the foreword, Luca director Enrico Casarosa says that his childhood experiences on the Italian Riviera with his own friend Alberto inspired the film.

While they weren’t sea monsters (at least, we don’t think so), the two pals would travel up and down Italy’s coast to find the perfect spots to swim and gelato to cool off with.

Life Under The Sea and On The Coast 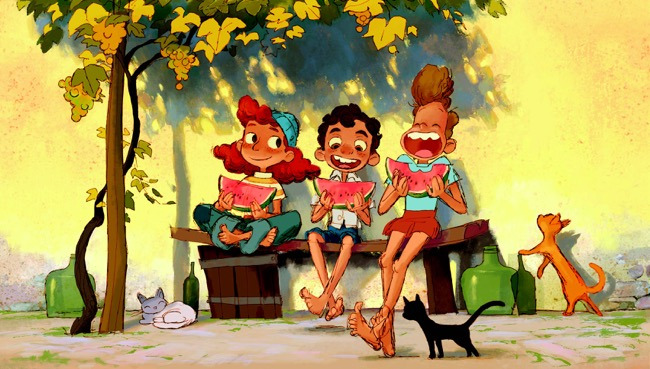 Each Pixar movie has its own style to complement its story. Luca’s design is all about exaggeration dipped in summer sunshine. Character Art Director Deanna Marsigliese notes in The Art of Luca that Luca’s eyes are the largest in the movie because of how he’s in awe of the world, soaking it all in.

In my amateur opinion, the characters’ large eyes and wide mouths, which have a huge range of motion to express emotions, remind me of a Studio Ghibli film with a touch of Wallace and Gromit.

When designing sea monsters, the animators were inspired by reef fish and their graceful moves under the waves.

Inside The Art of Luca, you can see how the team arrived at the final designs, including a step where they crafted Luca as a collage of patterned paper.

The animation team had a particularly difficult task since each sea monster needed a human and underwater form.

Alberto, for example, has a fluffy pile of hair as a human, which translated to a brilliant crown of scales. 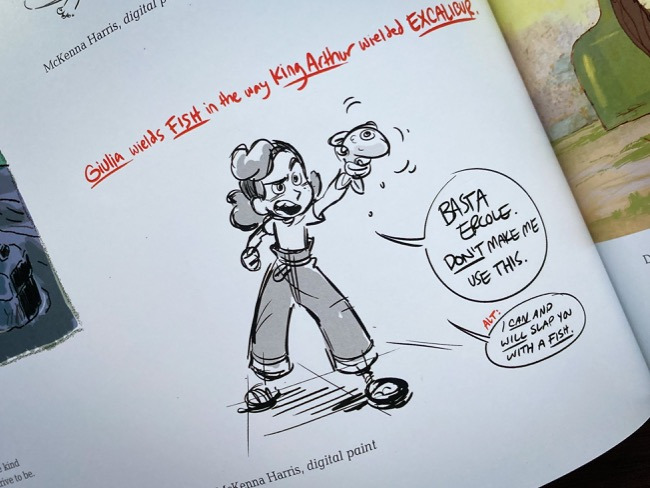 The sea monster duo looks are unique and brilliant, but my favorite in The Art of Luca has to be Giulia.

Her design manages to be fun while also conveying the power of her character. In one sketch, digital paint artist McKenna Harris says that when Giulia brandishes a fish, which she seems to do often, she carries herself like King Arthur holding Excalibur.

Thanks to readers like you, we’re able to bring you highlights like these without bombarding you with annoying ads. Please consider supporting us directly by subscribing to our print edition, and make sure to sign up for our FREE newsletter so you never miss out on the latest at Disney World! 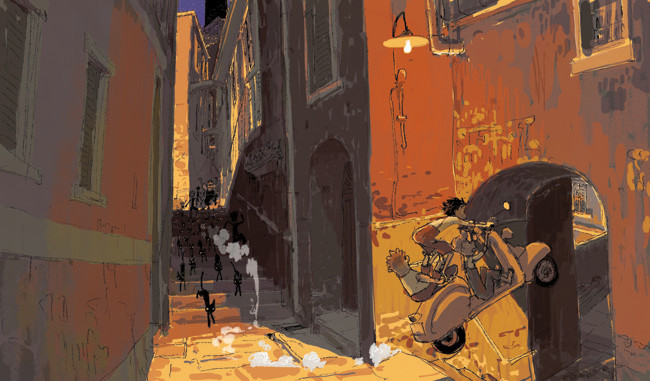 Besides character development, this book is full of beautiful studies of Italy’s Cinque Terre and how it changed into the fictional Portorosso.

They help take you along for the ride on the animators’ research trips to learn more about Mediterranean fishing life and how Italians observe summer.

With travel overseas still limited, the photos and sketches help you experience the world beyond America’s borders. It certainly had me looking up future Italian trip itineraries.

Luca is now available for streaming on Disney+. If you love the movie and want to continue your stay in Portorosso, consider picking up your own copy of The Art of Luca!

What did you think of Luca? Think you’ll be grabbing a copy of The Art of Luca for yourself? Tell us over on our Facebook page!