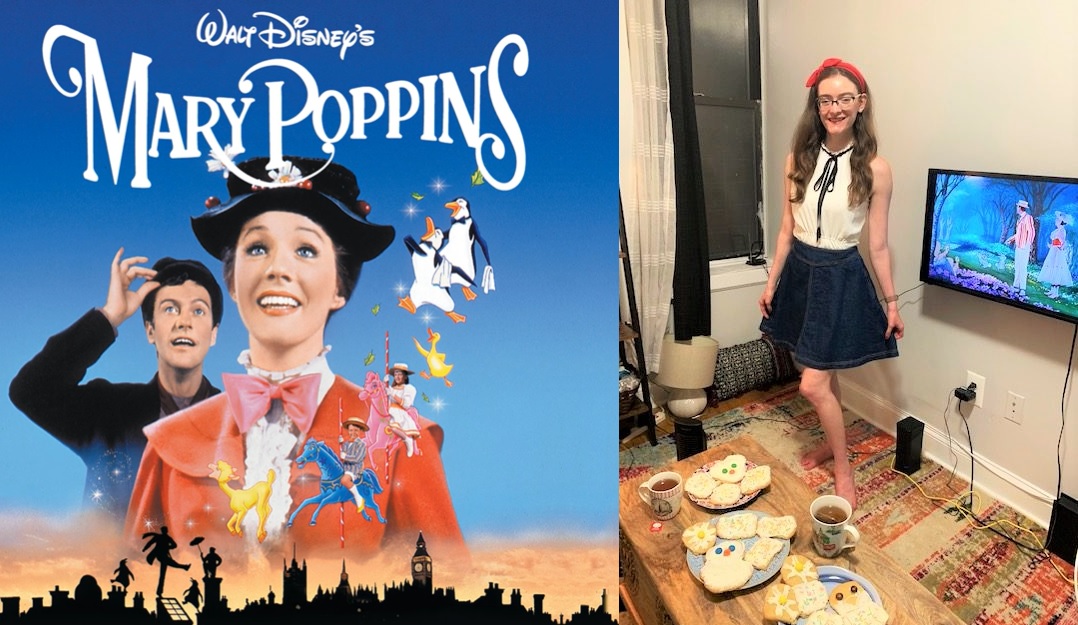 From outfits to snacks and drinks, find out how you can create some Mary Poppins movie night magic for your themed night at home.

Mary Poppins is one of my favorite Disney movies, and the anniversary of its release was just last week. It was one of the first DVDs I ever owned!

Set The Mood For A Mary Poppins Movie Night

When getting into the mood for a themed night, playing the Mary Poppins soundtrack is an absolute must.

Whenever I hear “Spoonful of Sugar” or “Step in Time,” I can’t help but be in a good mood, which is why this was essential for getting ready.

While you’re cooking or baking feel free to put on some movie trailers too. I mean, what gets you more excited for a movie than watching the trailer to it?

You can check out the original Mary Poppins trailer here.

And then maybe watch the trailer for the new Mary Poppins Returns!

Pick Out Your Snacks and Drinks

When it came to picking out the snacks and drinks for the night, it was a no-brainer—tea had to be involved.

I decided to go with the Twinings English Breakfast Tea for two reasons:

When I picked out the food, I kept it simple and opted for sugar cookies.

I thought this went along perfectly with the “Spoonful of Sugar” song. For my cookies, I used pre-made dough, but you could definitely make them from scratch using this recipe if you wanted to. 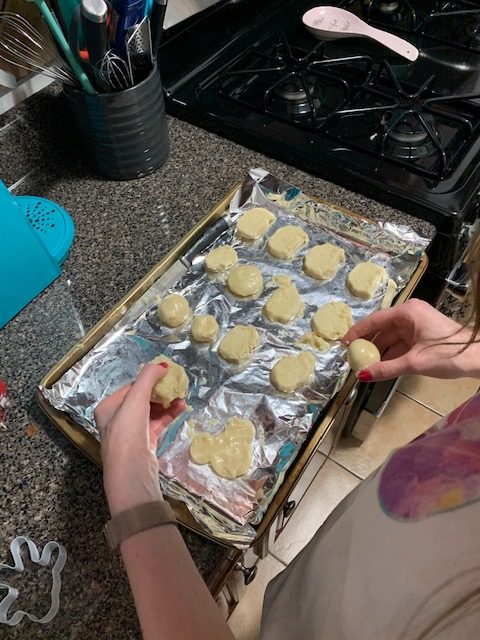 Just a spoonful of sugar cookies helps the medicine go down! Photo by Caitlin Reddington

When I was slicing the dough, it ended up getting way too soft, which made it difficult to work with.

Plus, the cookies ended up spreading out a lot more than I was expecting, so it was pretty funny when I took them out of the oven. There was basically one giant cookie! 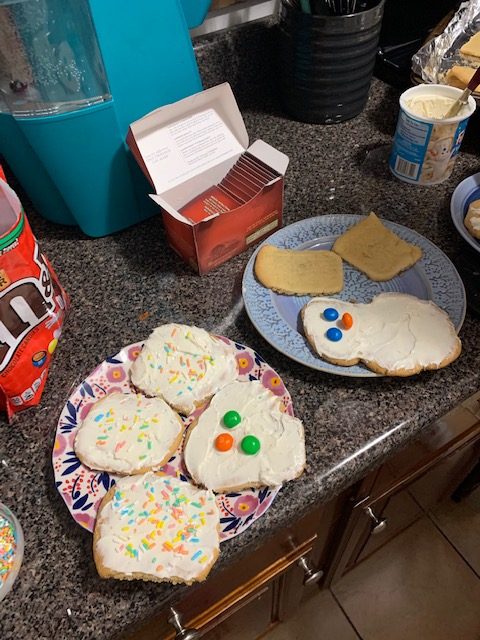 We had fun frosting our cookies! Photo by Catilin Reddington

After the cookies cooled, I frosted them and added sprinkles. Now that I set the mood, have my food and drinks, it was time to get my outfit together. 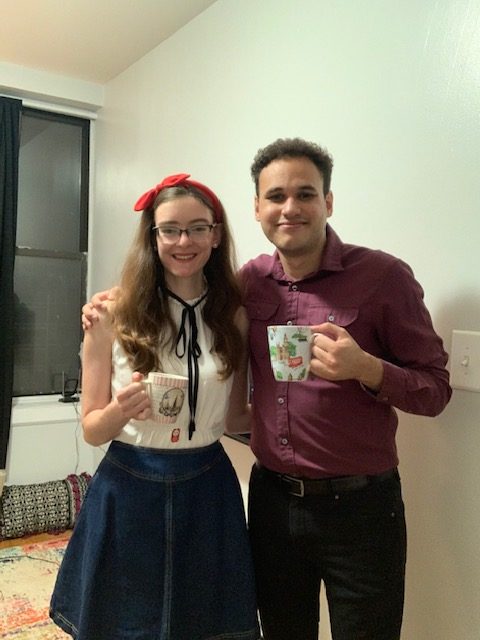 We DisneyBounded as Mary Poppins and Bert! Photo by Caitlin Reddington

For my Mary Poppins look, I was inspired by the outfit she wore in the opening scene.

I chose a white chiffon shirt that had a ruffle with a black bow around the collar. To pull in the navy blue from her outfit, I chose my dark wash denim skirt. 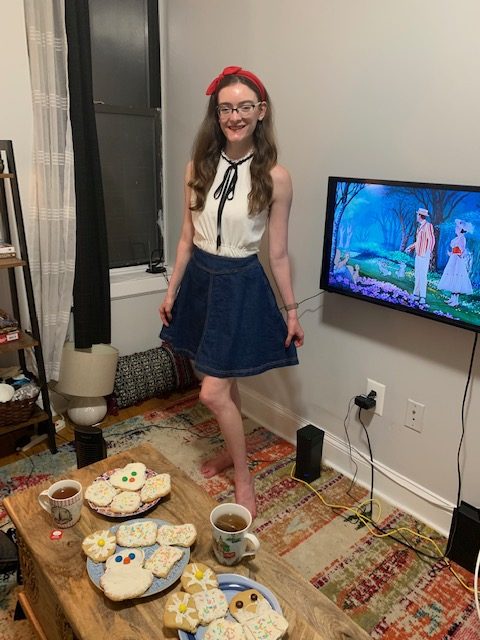 Lastly, since my shirt already had a ribbon around the neck, I pulled the red into the look by adding a headband.

For my boyfriend’s Disneybound, he kept it pretty simple, drawing inspiration from Bert’s chimney sweep outfit.

He decided to go with black pants and then pull in the darker red color by opting for a burgundy shirt!

I had so much fun creating this Mary Poppins movie night at home.

As Mary Poppins would say, it was practically perfect in every way. Let us know if you’ll be creating your own themed night too!

Caitlin is a contributing writer for WDW Magazine. She loves putting together Disney Style outfits for upcoming trips to the parks and has an ever-growing collection of Minnie Mouse ears.

Caitlin is a contributing writer for WDW Magazine. She loves putting together Disney Style outfits for upcoming trips to the parks and has an ever-growing collection of Minnie Mouse ears.