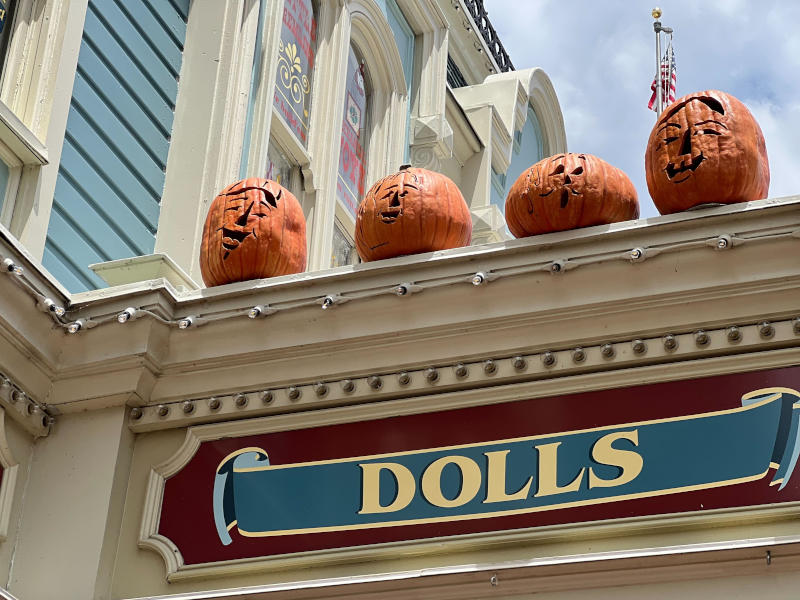 Theyre baaaaack! The Main Street Jack O’Lanterns have been spotted at Magic Kingdom. Have many have you found?

It’s that time of year when your favorite Magic Kingdom restaurants, shops, and storefronts get a frightfully festive makeover courtesy of some creatively carved pumpkins.

Keep scrolling to find out where to find the Main Street Jack O’Lanterns and see photos of this year’s gourd-geous decorations.

When Do The Main Street Jack O’Lanterns Appear? 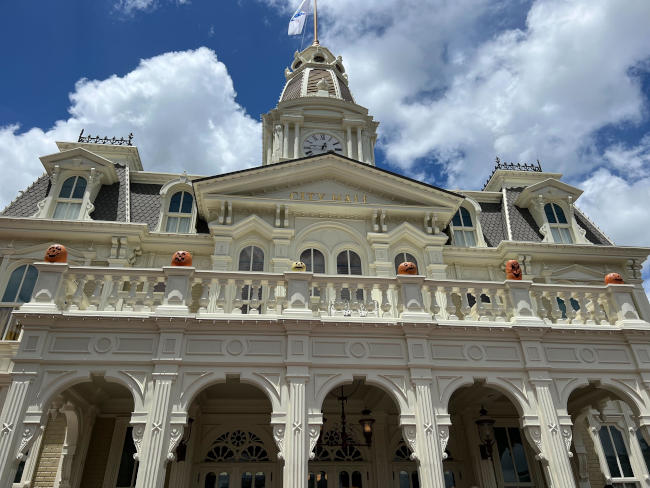 Traditionally, Cast Members put out the Main Street Jack O’Lanterns the week of or before the first night of Mickey’s Not-So-Scary Halloween Party.

Given that this year’s event returns on select nights from August 12 to October 31, it looks like the decorations have arrived right on schedule (along with some ghoulishly good party snacks).

Where To Find Them 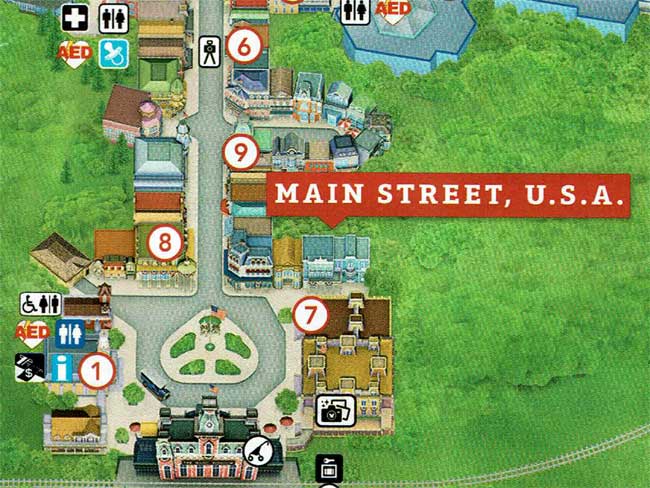 Take a stroll down Main Street, U.S.A., and see if you can spot pumpkins at:

This calls for a scavenger hunt! Have you found any that we’ve missed? 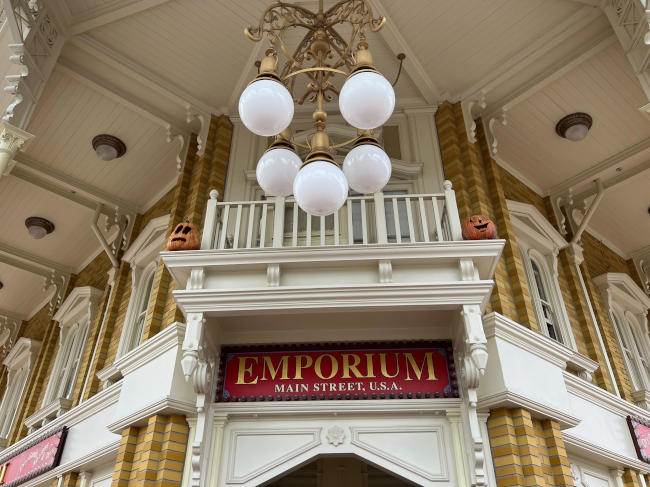 You’ll find this year’s crop of Main Street Jack O’Lanterns scattered near the park entrance and outside many of your favorite shops, restaurants, and buildings. 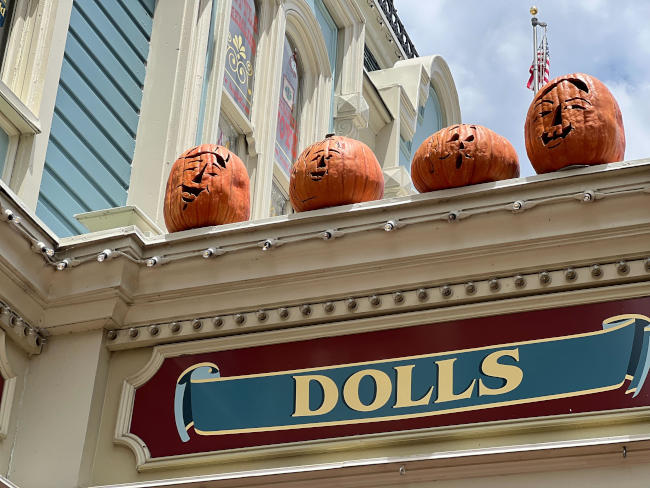 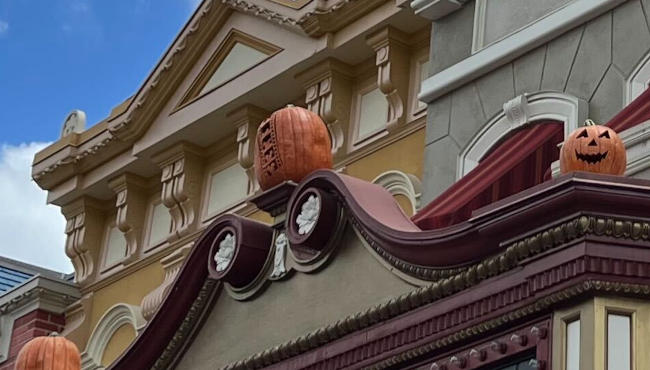 Each pumpkin is carved with a design that represents the buildings where they’re displayed. For example, the Fire Station is decorated with a Dalmatian pumpkin and a fire hydrant pumpkin. Meanwhile, the Main St. Cinema has a pumpkin with a film strip carved into it. 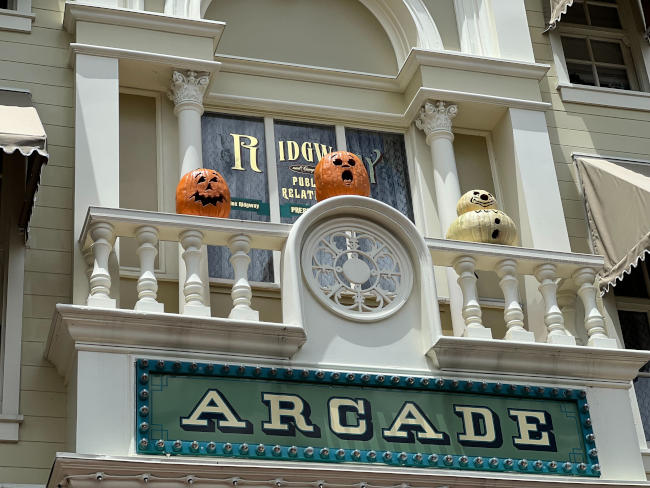 Is that a clown pumpkin? Photo by Ilana Robinson 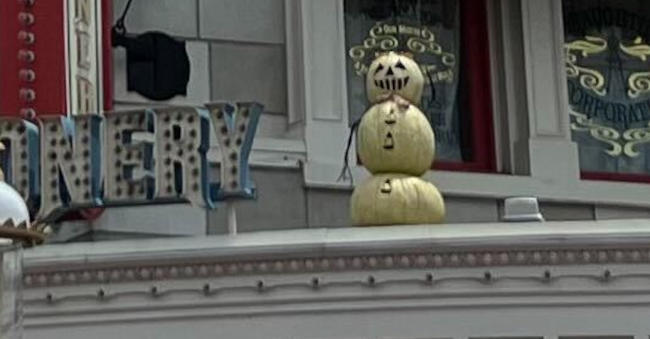 A fan-favorite display is the one over at Tony’s Town Square Restaurant. Who can forget the Lady and the Tramp pumpkins sharing a plate of pumpkin spaghetti (well, spaghetti carved onto a pumpkin, to be exact)? 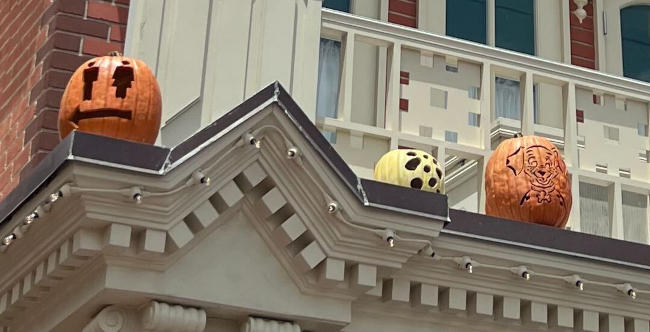 Sometimes the pumpkins are decorative and functional, like the one at the Fire Station that points in the direction of the restrooms.

Where Are The Mickey Pumpkins? 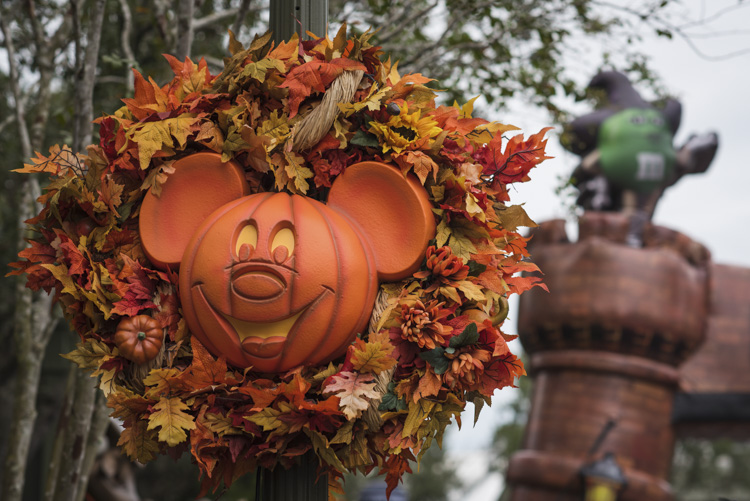 The Mickey Pumpkin Wreaths are the most iconic holiday decorations at the Magic Kingdom. Photo by Laurie Sapp

Our reporters tell us that the iconic Mickey Pumpkins have been replaced by Cinderella-themed pumpkin wreaths this year. You can see them hanging from the lampposts on Main Street, U.S.A.!

We’ll have more coverage on Magic Kingdom’s not-so-scary transformation in the coming days including all the merch apparating into the shops, and lots more fall fun appearing right on Main Street!

In the meantime, why not decorate your house with your very own Main Street Jack O’Lanterns? Check out these blog posts to learn how you can bring home the magic of a Magic Kingdom Halloween: