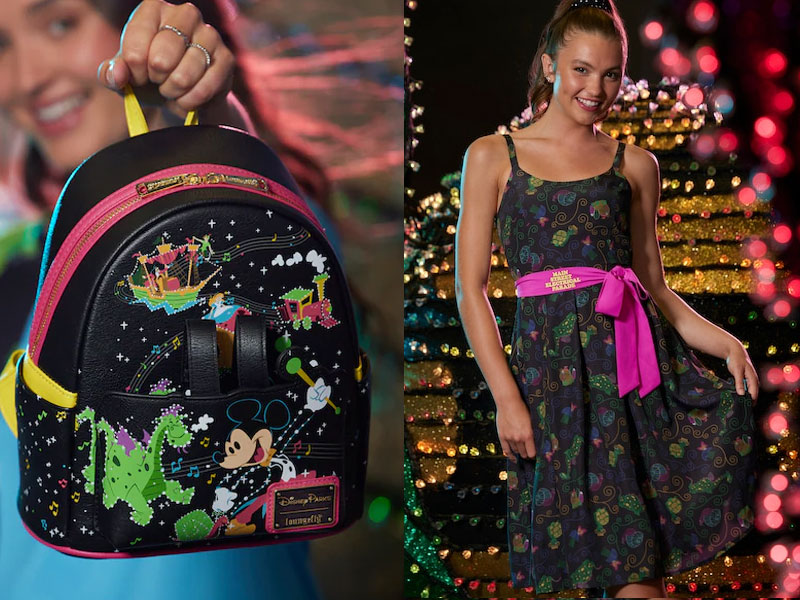 Check out the new Main Street Electrical Parade merch on offer at Disneyland Resort (and on shopDisney!) ahead of the Disney classic’s triumphant return on April 22, 2022.

It has been dark over Disneyland since the COVID-19 closure back in 2020. No World of Color, no Disneyland Forever, and no Main Street Electrical Parade, which last marched down Main Street on Sept. 30, 2019.

But this year, Disneyland plans to resurrect plenty of its classic nighttime shows, including Main Street Electrical Parade, which returns to Main Street (with a brand-new finale!) on April 22, 2022.

And to celebrate, the California-based resort is offering up a whole lot of super bright merch—plus a dining package. Scroll on to learn more

Disney has not yet announced a date that this new merch will start popping up in the parks or online, but we’re hoping to get our hands on it before the big day. Here’s some of the merchandise that Disney has announced so far:

All-over print (AOP) shirts are all the rage (just ask Cakeworthy). For the triumphant return of our favorite nighttime parade, Disney is releasing a special AOP shirt with glow ink—meaning you can fit right in with the bright, glowing parade floats. 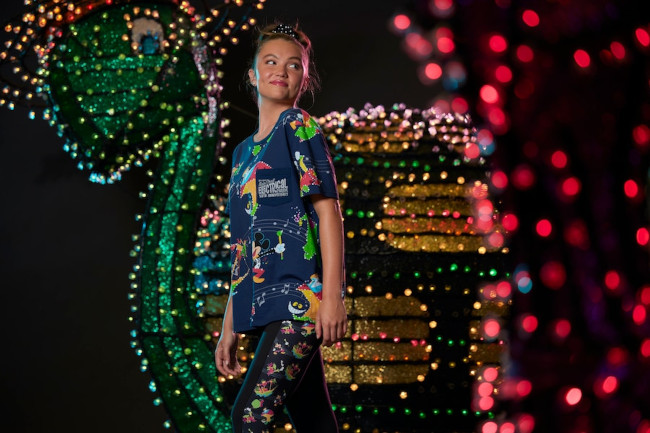 What new line of Disney merchandise would be complete without Mickey ears? The 2022 Main Street Electrical Parade merch line coming to Disneyland and shopDisney features a special ear hairband with the perfect pop of electrifying yellow. Pair the Mickey ears with a split-seam T-Shirt. Photo courtesy of Disney

Above, Disney has shown how you can rock these new MSEP Mickey ears with a split seam T-shirt: AOP on one side and a solid contrast in a bright blue on the other.

Thinking about getting some grub before the parade? (More on the dining package below!) Get fancy with this fun MSEP dress, which features glow-in-the-dark accents. 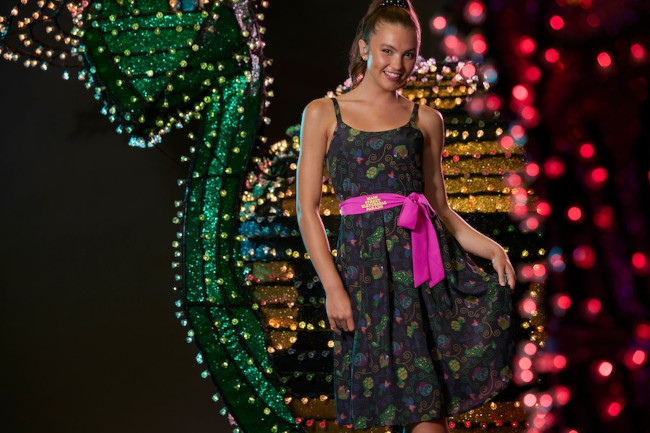 Look closely and you’ll spot Elliott from Pete’s Dragon, one of the most famous floats in the parade. The dress also includes a bright Barbie-pink sash commemorating the 50th anniversary of Main Street Electrical Parade.

Can you go to a Disney Park without buying a new Loungefly? Practically impossible. Put your park day essentials in this adorable new bag from Loungefly. Photo courtesy of Disney

A new line of merch for the Main Street Electrical Parade is not the only way to celebrate the return of this Disneyland classic. You can also score a special dining package for lunch at Plaza Inn that gets you guaranteed entry to a reserved viewing area for the parade. Reservations for this special dining package open no earlier than April 14. These will sell out fast.

A Guide to 2022 Disneyland After Dark: Star Wars Nite