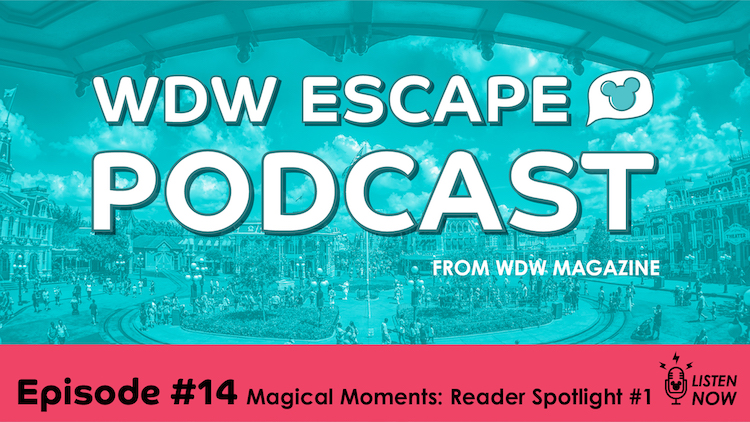 This week on WDW ESCAPE, we hear some magical moments from our reader spotlight!

For more info on WDW Escape, click here—or listen to all our episodes. Listen to today’s Salute to America episode while following along with the transcript and photos below!

Patti Squire, one of our readers from Michigan, recently booked a solo trip to Walt Disney World to celebrate a milestone birthday. She thought that attending the Epcot International Flower and Garden Festival for the very first time would be the perfect way to make her big day magical. 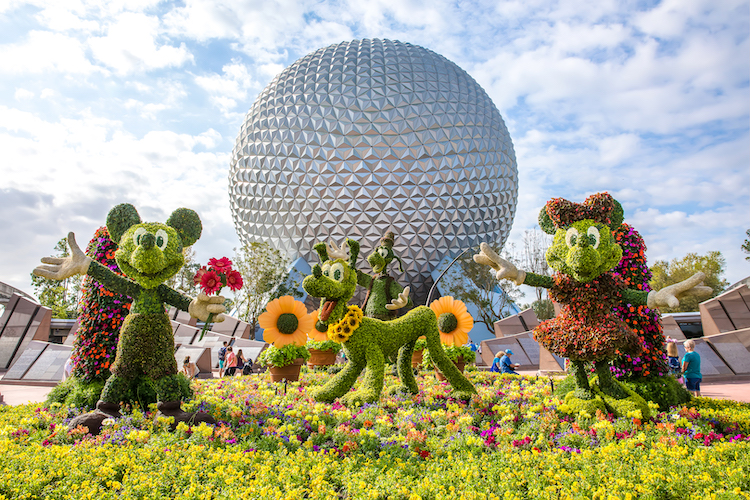 The Flower and Garden Festival is a great place to celebrate! Photo by Brett Svenson

So she set out for a solo WDW adventure … and had a blast!

She recounts for us that taking a solo trip is “the perfect opportunity to talk with strangers that are Disney fans like you, chat with cast members, take a tour, take things at your own pace, see a show, and ride your favorite ride as many times as you want.”

For others that may be considering going on a solo trip, Patti has some great advice. “Going on a solo trip isn’t something you need to be worried about,” she says. To ease transportation stress without a navigator, she relied on the ultra-dependable Magical Express to and from the airport.

In the parks, she made great use of time by utilizing single rider lines whenever available. Patti also recommends that solo trip planners purchase Memory Maker “to get the ride photos/videos and have pictures of yourself that aren’t selfies.”

Patti had such a great experience on her solo trip to Walt Disney World. “I’ve already booked my next solo trip,” she says. This time, she’ll attend Mickey’s Not-So-Scary Halloween Party for the first time ever. Take it from Patti—solo trips can be a dream come true!

Carolyn Tiberi, a WDW Magazine reader from Massachusetts, has made several trips to Walt Disney World with her daughter Felicia, and each one has been magical. But there are a few memories that this Disney-lovin’ mother-daughter duo have experienced which stand out as extra magical!

During a birthday trip a few years ago, it seemed everyone wanted to help Carolyn celebrate! From multiple Fast Passes to free cupcakes, Carolyn and Felicia enjoyed royal treatment at every turn.

Her favorite memory was being serenaded by a cast member outside 1900 Park Fare. Carolyn says that the song brought tears to her eyes. “It was so beautiful! He made my day. It was a memory I’ll never forget.” 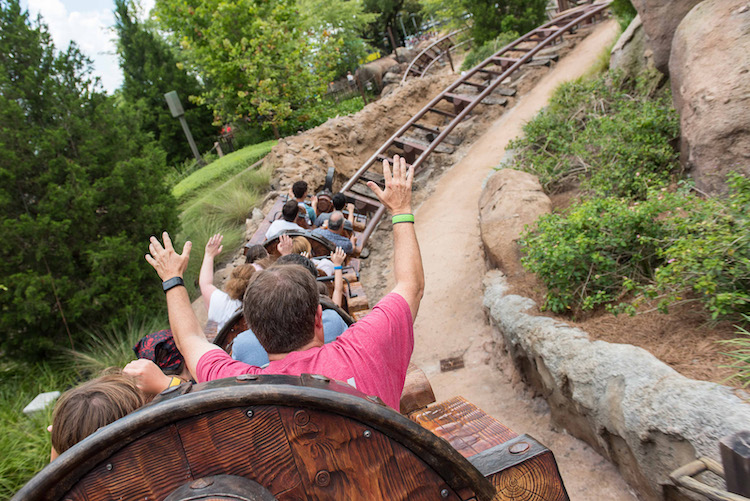 Seven Dwarfs Mine Train is a big thrill! Photo by Laurie Sapp

On another trip, Carolyn and Felicia were treated to an unexpected ride on Seven Dwarfs Mine Train during its soft opening, and they were chosen as Family of the Day at one of their favorite shows—Fantasmic!

After having a pleasant chat with a few cast members in the Fantasmic line, the Tiberis were surprised with the announcement that they were chosen as Family of the Day.

“Honestly I cried I was so thrilled!” Carolyn says. After that, the two were ushered into the theater through a tunnel of light-up swords while onlookers clapped and cheered. “We got a certificate, were first to be seated in the theater in a VIP seating area, and got free popcorn. So exciting!”

From songs to special seating, extra magical stories like the Tiberis’ are another reason to love the unparalleled Walt Disney World experience!

Ryan Berg, a reader from Indiana, was looking forward to taking his family on their very first Walt Disney World (WDW) vacation. In fact, he worked a second job all year to pay for the trip, which included a stay at the All-Star Movies Resort.

Just as he expected, his wife Carol, his daughter Sydney, and his son Elliot were enthralled by the magic of WDW from day one! That year of saving and planning was totally worth it!

But on day two, right as the Berg family was about to experience Enchanted Tales with Belle, Ryan got an emergency notice from their resort. A pipe burst in a nearby room and the Berg family needed to pack up their things in order to evacuate to another room. 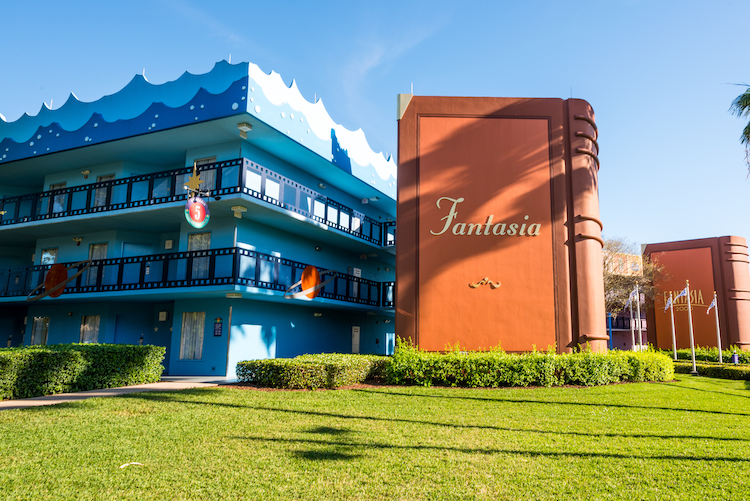 Sydney, whose favorite princess is Belle, was especially disappointed to have to leave in the middle of their Magic Kingdom day, but the Bergs understood that accidents happen.

As the family finished making their move, a guest relations Cast Member contacted them. To make up for the disruption, they offered six unrestricted FastPasses for each family member and a complete reset of their Dining Plan.

The Bergs were overjoyed, knowing that now they could still accomplish everything they’d planned to do at Magic Kingdom, and they’d be able to enjoy extra meals as well. Ryan expressed his gratefulness to the Cast Member and chatted a little longer about their vacation plans.

But the Cast Member had even more magic in store. Later, while the Bergs were enjoying Mickey’s Very Merry Christmas Party, the All-Star Movies Resort secretly delivered a huge gift basket to their room. The family was so surprised!

Inside were items handpicked for the Bergs based on the conversation Ryan had earlier—an etched photo frame, their favorite snacks, Buzz Lightyear toys for Elliot, and, of course, Belle souvenirs for Sydney.

Needless to say, the Bergs enjoyed every bit of their trip, thanks to the Cast Member who made magic out of a disappointing situation. “WDW may cost a bit more, but the service and dedication of the Cast Members make it worth every penny,” Ryan says.

Guess what they did on the way home? That’s right—they started planning their next Walt Disney World vacation … while eating the delicious snacks from their thoughtful fairy Cast Member, of course!