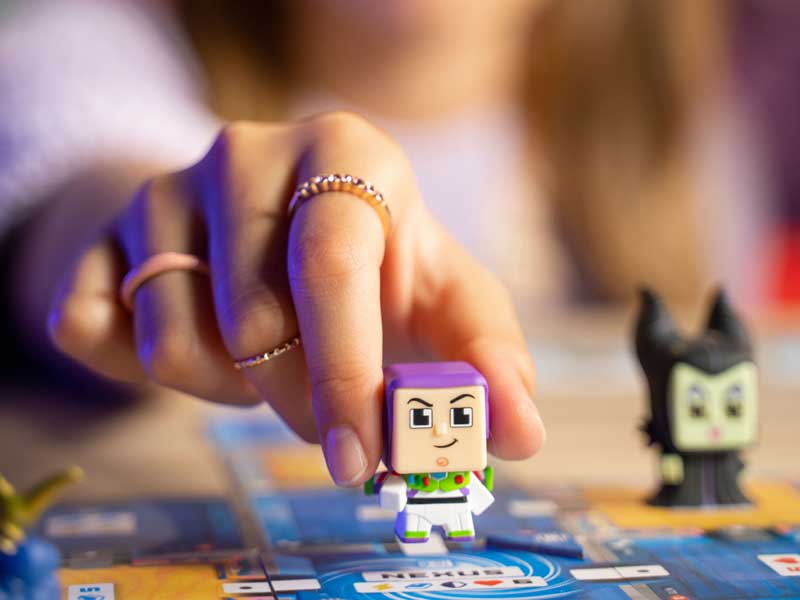 The world of Disney Kingdomania was a peaceful place, full of pixels and fantasy. But then, the glitches started, causing pandemonium across the land! Now you’ll need to help your favorite gamified Disney characters to patch up all the glitches in this collectible and expandible adventure from Funko Games! 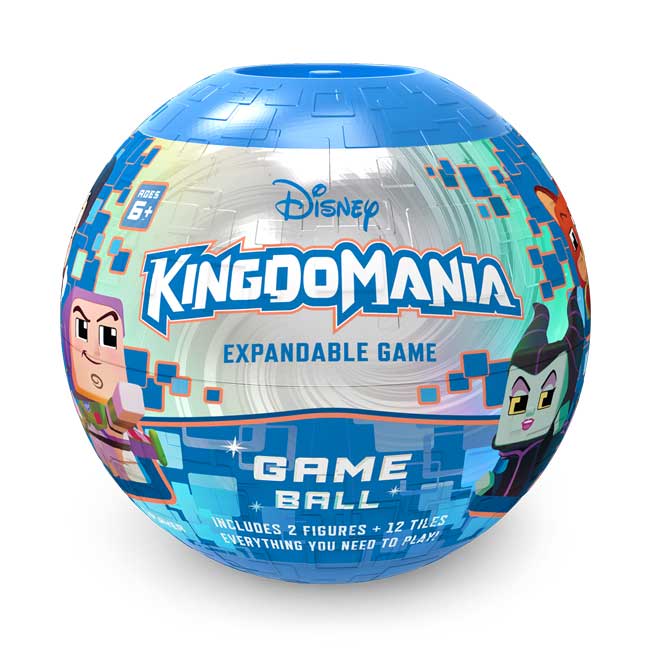 The Game Balls are just $9.99, making this a very affordable game to get started on. They are also playable by a single person, so you can pick up the game on your own before inviting friends. One thing I thought of as soon as I saw this compact game? Stocking stuffer. I get one, my kids get one, and I ultimately get to play a huge game of Kingdomania! 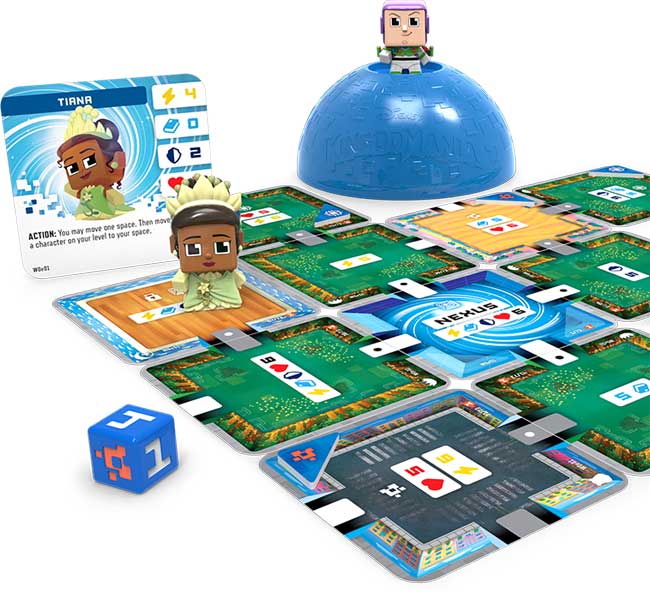 Build your game board however you like with the provided tiles, then get to work collecting patches and clearing the glitches! Along the way, you’ll unlock your blind bag characters. Each character comes with a special character card that describes their special abilities: 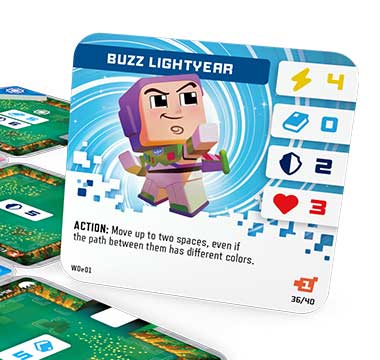 Don’t let the glitches hit the Nexus—or it’s game over. Once you’ve cleared all the glitches, you have saved Kingdomania!  You can switch up your tiles, add more from other Game Balls, and even use a Super Pack to unlock rare characters and add even more fun with power-up items!

In the first series, there will be 40 Kingdomania characters to collect. You may have noticed that these aren’t your regular Funko Pop-style figures. They have entered the game world, so they’ve been pixelated into a blocky appearance: 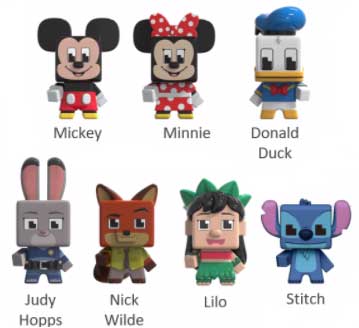 Each Kingdomania Game Ball will come with one open character and one that is a surprise. But like Marvel Battleworld, you’ll have to do some work to open up that blind bag! That blind bag character is “locked,” and your open character will need to help them out! 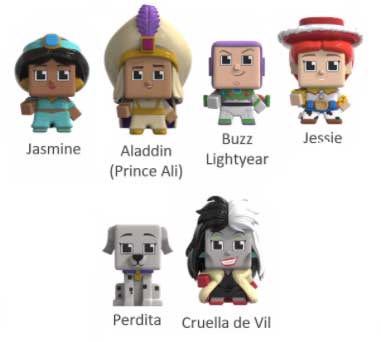 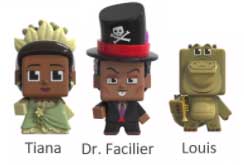 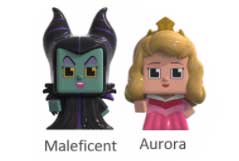 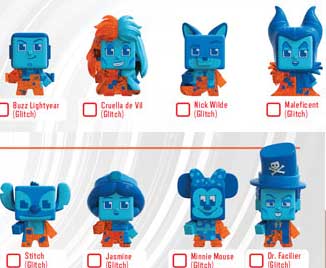 These “glitched” versions of your favorite Disney characters include crazy orange translucent plastic where the glitches are. This promotional photo just doesn’t do it justice—these are cool figures, and they come with their own special character cards.

The one character missing from the Game Ball availability is a BIG one that can only be found in the Super Pack. There are two versions of her: 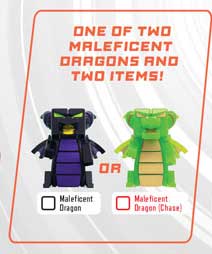 The exclusive Malificent Dragon figure is lurking in the Super packs—and 1 in 4 is a green fire Maleficent Dragon!

What is In the Kingdomania Super Pack? 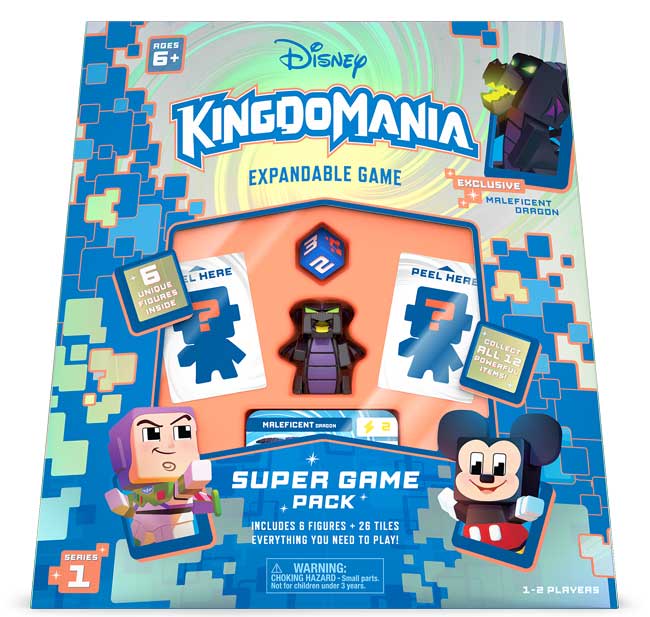 The Super Pack can be combined with Game Balls to create worlds of collectible glitchy fun! 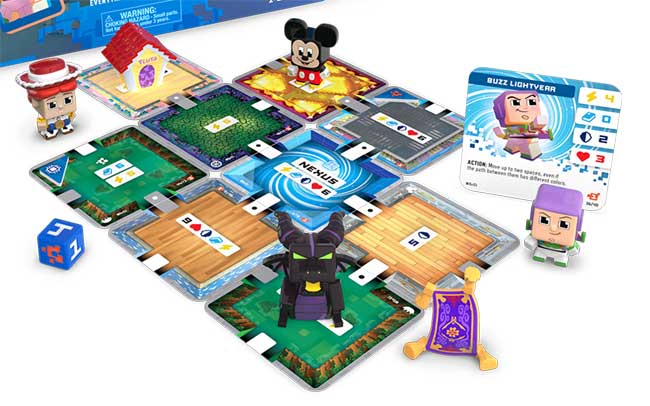 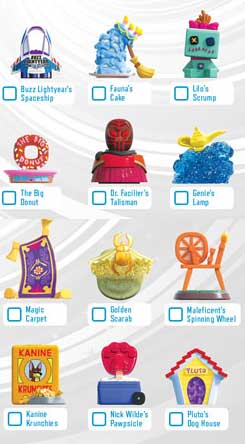 Special items are only found in the Super Packs. These will assist your in your video game adventures to fix the glitches. 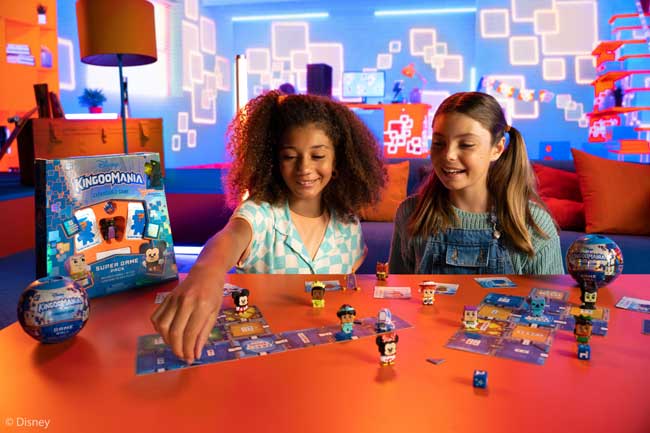 With video game style characters and infinite ways to configure your game, Kingdomania promises to give your Funko obsession new life—you can actually do something with these figures instead of letting them collect dust on a shelf. What’s more, it’s easy to play… there aren’t a lot of rules to learn in this casual tabletop game.

Keep an eye out this fall when Disney Kingdomania hits store shelves!