Interview: Iron Chef Morimoto and How to Meet Him At Morimoto Asia 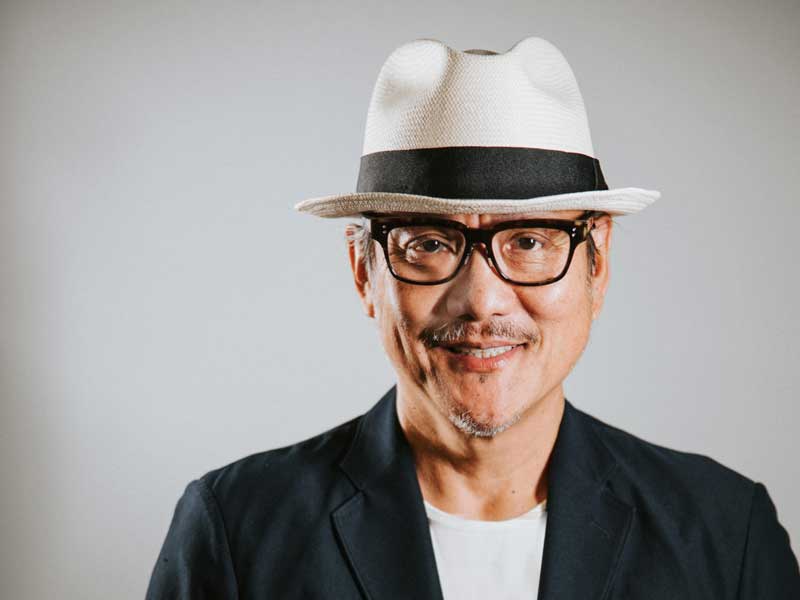 When it comes to Pan-Asian cuisine at Disney Springs, it’s Iron Chef Morimoto who reigns supreme!

He’s best known as an Iron Chef on the Japanese TV cooking competition of the same name as well as its spinoff, Iron Chef America. (Hardcore fans will likely remember the moment that he made the Stained Glass Sushi Roll in Battle Asparagus!) He’s also the master chef behind the Disney Springs flagship restaurant, Morimoto Asia.

WDW Magazine co-owners, Stephanie and Danny Shuster, corresponded with the Iron Chef via email to chat all things Morimoto Asia and his upcoming appearance in Disney Springs (details below) to celebrate two exciting staff promotions.

Sit back and enjoy this interview with the mind behind some of the best dishes in Disney Springs. As they say in Iron Chef America’s Kitchen Stadium, “Allez! Cuisine!”

What makes Morimoto Asia at Disney Springs unique compared to the other Morimoto restaurants? 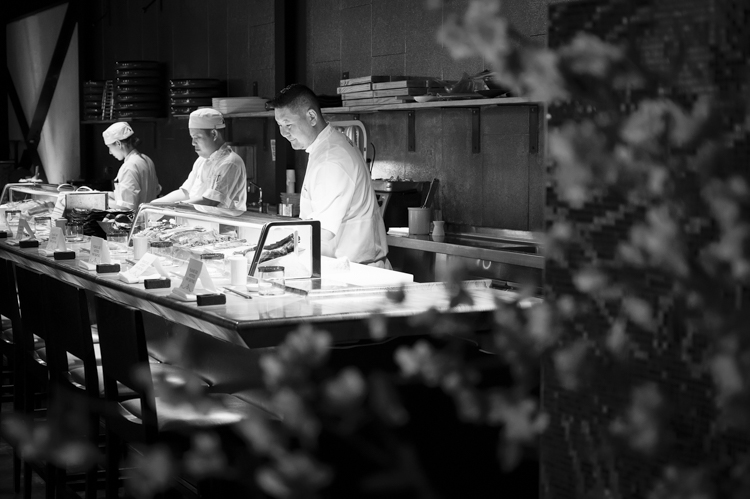 The second floor is home to a private sushi bar. Photo by Courtney Reynolds

Morimoto: “Morimoto Asia was my first Pan-Asian restaurant, including flavors and techniques of cuisines from many different Asian countries. It also offers a glass-encased exhibition kitchen, letting guests see our chefs at work. Plus, I am a huge fan of Mickey Mouse, and it is a joy to be on Walt Disney World Resort property and be a part of the Disney family.”

If you were dining at the restaurant what dishes would you order? 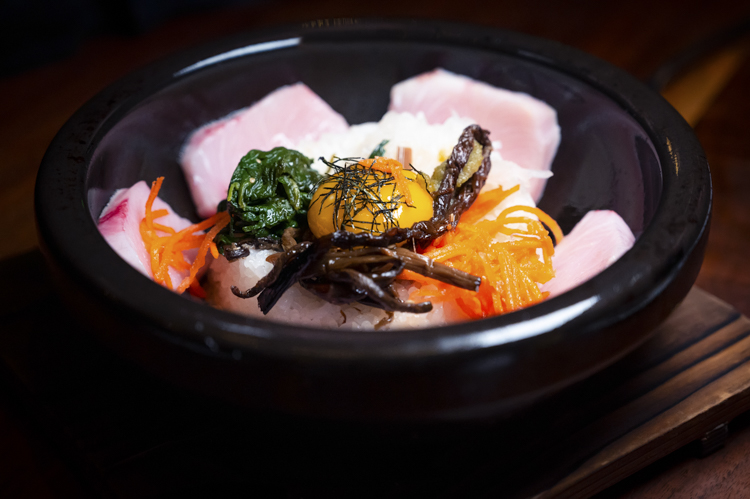 Morimoto: “The Morimoto “Buri-Bop” is one of my personal favorite dishes on the menu. It’s a Korean-Style rice bowl with yellowtail, served in a hot clay pot and finished with egg yolk. I also very much enjoy the Morimoto Peking Duck, it is one of the dishes we are known for and can be seen being prepared in our kitchen each day. The roasted whole duck is served with steamed flour tortillas, apricot sweet chili, hoisin miso, and rice.”

How does it feel to introduce diners to new ingredients and unfamiliar dishes? 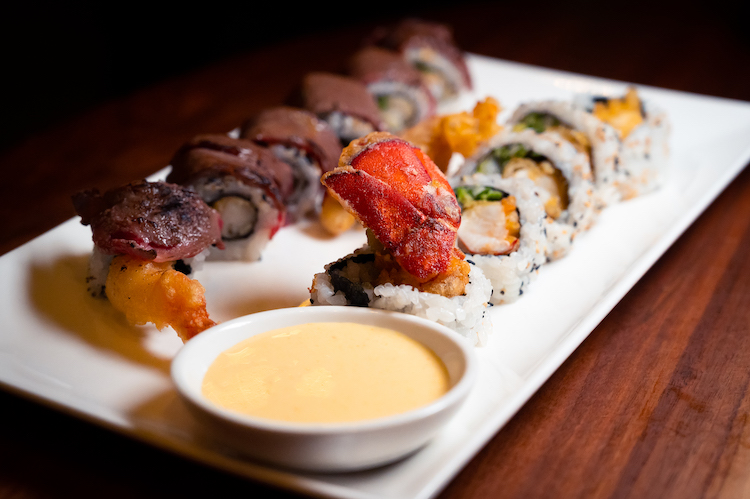 The sushi at Morimoto Asia is top-notch. Photo by Courtney Reynolds

Morimoto: “It is an honor to be able to share culinary traditions from all over the world with our guests at Morimoto Asia. I think people often link Japanese and Pan-Asian food in general with many formal rules, which can be intimidating. There are so many great dishes that I believe any taste palette would enjoy. To make our guests from all over the world happy, we rely on not only the highest quality of ingredients but also the global culinary technique and experiences of myself and our chefs to create and redefine what we offer.”

What are the most popular items at Morimoto Asia? 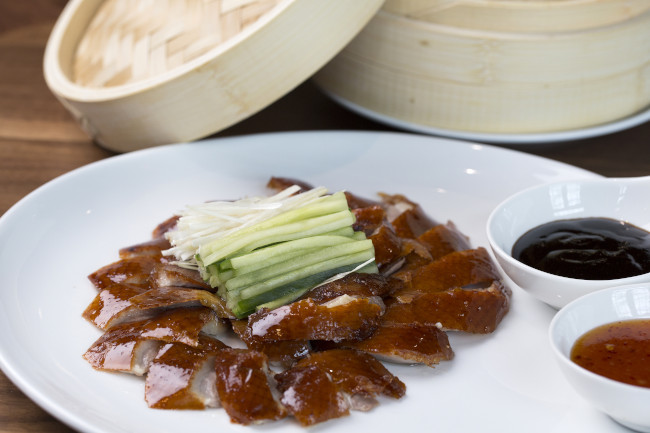 You can watch the Peking Duck being prepared in the Morimoto exhibition kitchen everyday. Photo courtesy of Morimoto Asia

Morimoto: “I would say our signature Morimoto Spare Ribs, served with hoisin sweet chili glaze, and the Peking whole roasted duck are the most popular at Morimoto Asia. We also see a lot of interest in our Japanese A-5 Wagyu Beef, since it is a unique experience for our guests, prepared tableside over ishiyaki grilling stone.”

Can you tell us more about the Morimoto Asia chefs and their careers? 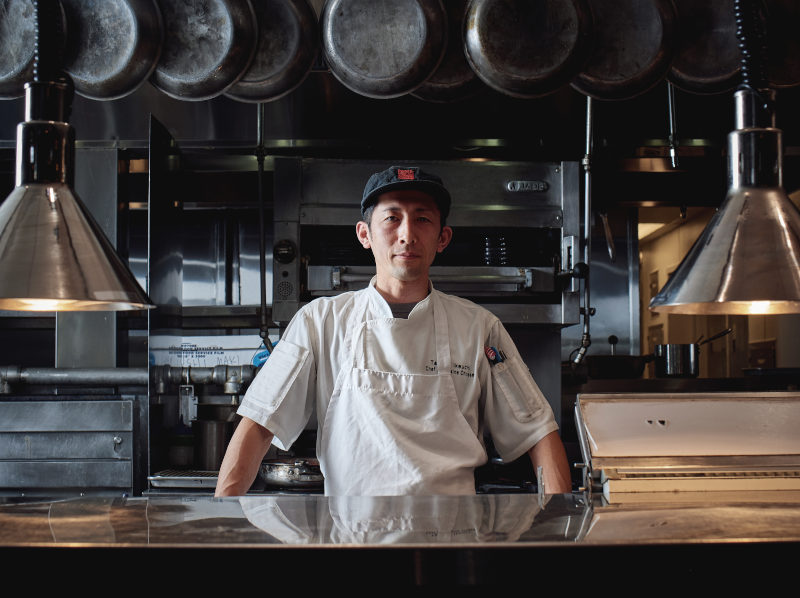 Morimoto: “I have worked closely with both Chef Yuhi Fujinaga and Chef Takeshi Ikeuchi, and couldn’t be more excited for their recent promotions and for the culinary direction of Morimoto Asia. Chef Yuhi has been with Patina for over 10 years now and has utilized his worldly experience with modern cooking styles as well as traditional techniques at Morimoto Asia since we opened in 2015. I believe he will thrive in his new role as Culinary Director for all of Patina Restaurant Group’s Orlando locations.” 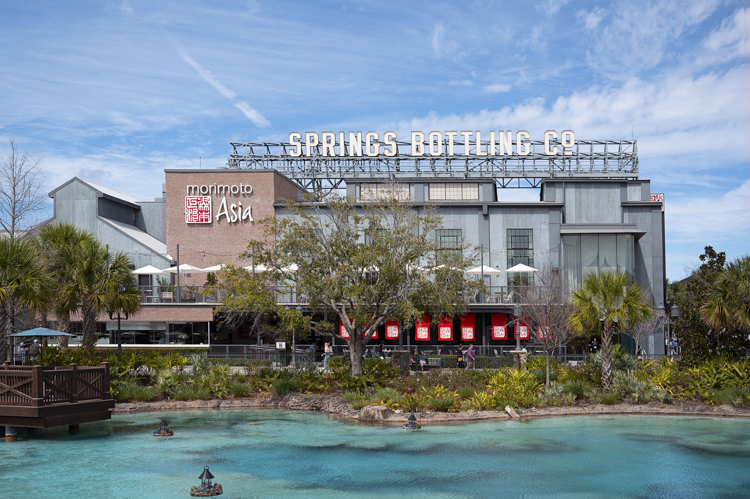 Want to meet a real Iron Chef? Here’s your chance! Chef Morimoto will be at Morimoto Asia on Sunday, August 14 and Monday, August 15 for work and play. He’ll lend a hand in the kitchen and sushi bar as well as mingle with guests. There will also be some meet-and-greet opportunities available.

He’ll be at the restaurant to join the staff in celebrating the promotions of two key members of the culinary team:

About Morimoto Asia at Disney Springs 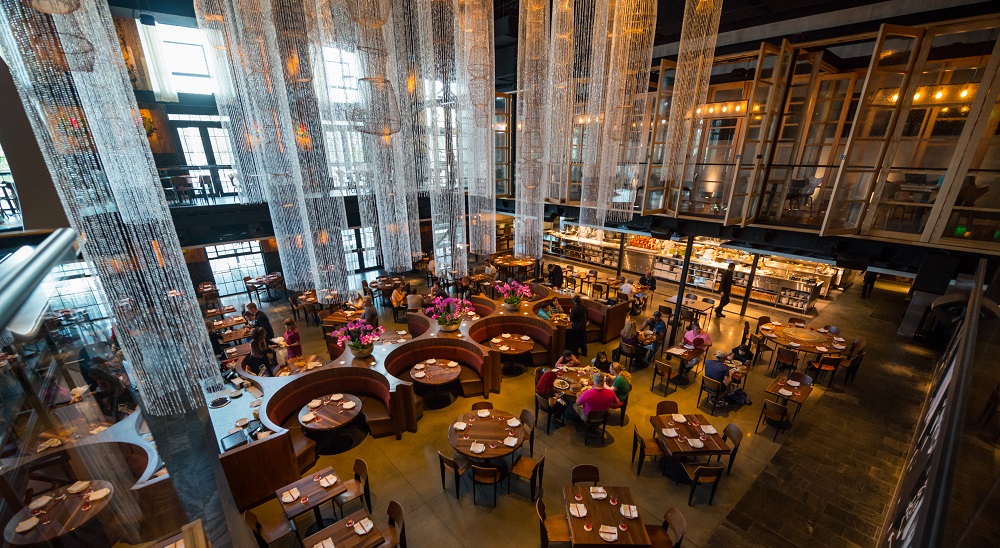 Located in The Landing at Disney Springs, Morimoto Asia is your destination for the finest in modern Pan-Asian cuisine. When it opened in 2015, it was actually Chef Morimoto’s first Pan-Asian restaurant.

By seamlessly blending Western and Japanese flavors, he’s created a style of cuisine that’s distinctly his and guests can’t enough of his inventive dishes! From Japanese sashimi to Chinese crispy Peking duck, the Morimoto Asia menu will take your taste buds on a culinary journey through Asia (without ever leaving Orlando!).

Reservations are highly recommended. Check out the official page on the Disney website for operating hours and more information before you plan your trip.

Thank You To Iron Chef Morimoto!

We hope you enjoyed reading our interview with a real Iron Chef. Thanks so much to the Iron Chef and the Patina Restaurant Group for making this interview possible! Want to get the dish on some more of your favorite Disney Parks dishes? Check out these interviews: