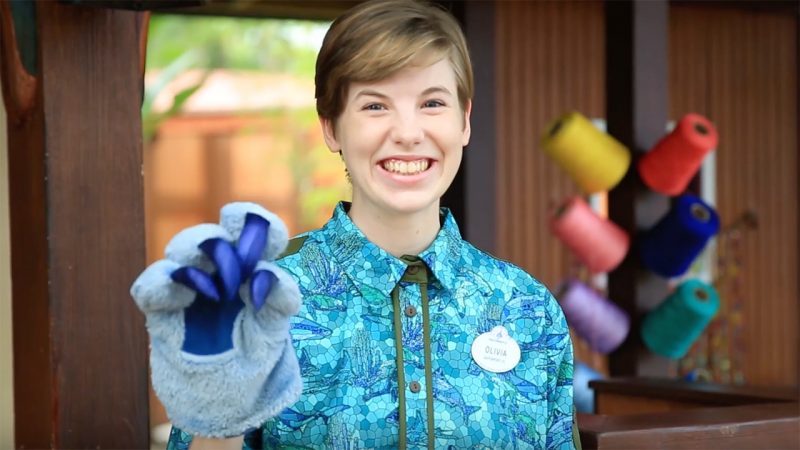 Here’s how to make sure a Cast Member is recognized for amazing guest service.

Walt Disney World Cast Members are deeply committed to creating magical moments for the Guests they meet. When a Cast Member does something outstanding for us, how can we create that magic back for them?

Although Disney has a fantastic recognition system, a lot of great moments can go unnoticed by “the big cheese” (pun intended), because Disney is such a huge operation. Because of this, Disney has made it really easy for Guests to formally compliment their Cast Members. The next time a CM does something exceptional for you or your family you should consider using one of the recognition systems.

Ask for the Manager!

At Disney World, managers are called “Leaders” and they always love hearing how special their Cast Members are. Ask for the Leader at the location where your magical moment happened, and you can tell them how extraordinary your Cast Member experience was. This works the same as the Tweet, but if you want to add a personal touch, this might be the best option for you. 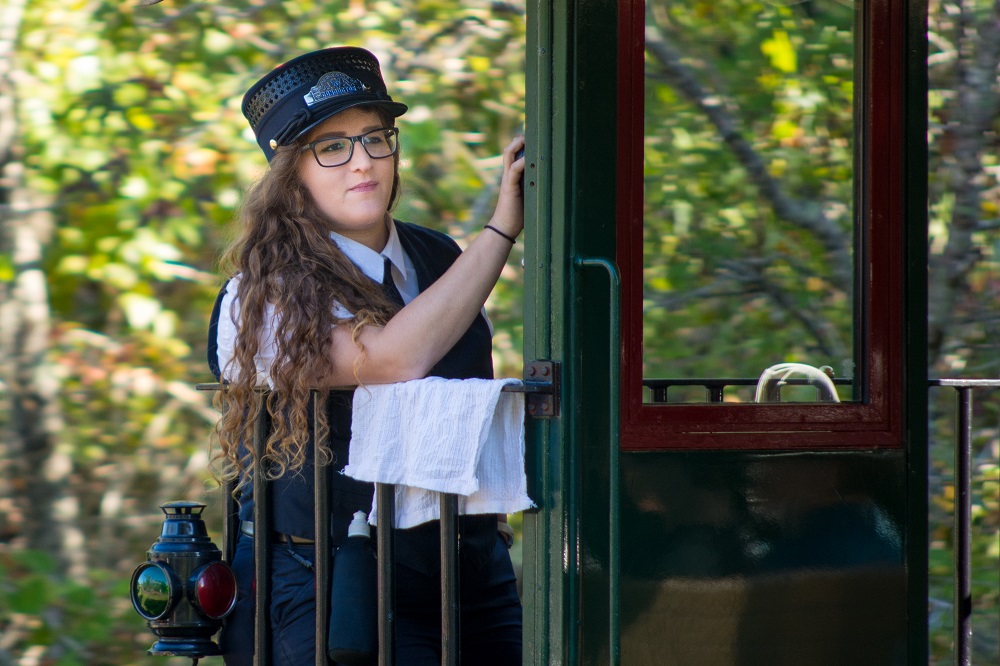 Cast Members all over the park are what make Disney World experiences so special. Photo by Wayne Wood

This is my favorite form of recognition because I think it’s the easiest. It can take less than 30 seconds to complete, and you can do it right from your phone!

When I was in the gift shop in the Mexico Pavilion at EPCOT a magical moment was made for me by a Cast Member named Vicente. I was celebrating my birthday at EPCOT and Vicente started talking to me and my friends. He found out we were there celebrating my big day and he played this game he made up where he throws up the biggest sombrero they have and you have to catch it on your head—pretty fun right?

I instantly tweeted to @WDWToday and added the hashtag #CastCompliment. I wrote about what he did to make my birthday extra special and even included the video.

They replied back to get even more info. After they collected the info they needed they sent the #CastCompliment over to his Leader.

He was recognized by his leader at the beginning of his next shift in front of his collogues and it was noted on his permanent record card that he was recognized by a Guest! He received a printed out copy of my Tweet, and I’m sure he felt great about it. As Guests, we have the power to create that kind of happiness for Cast Members, by simply acknowledging something special that happened. 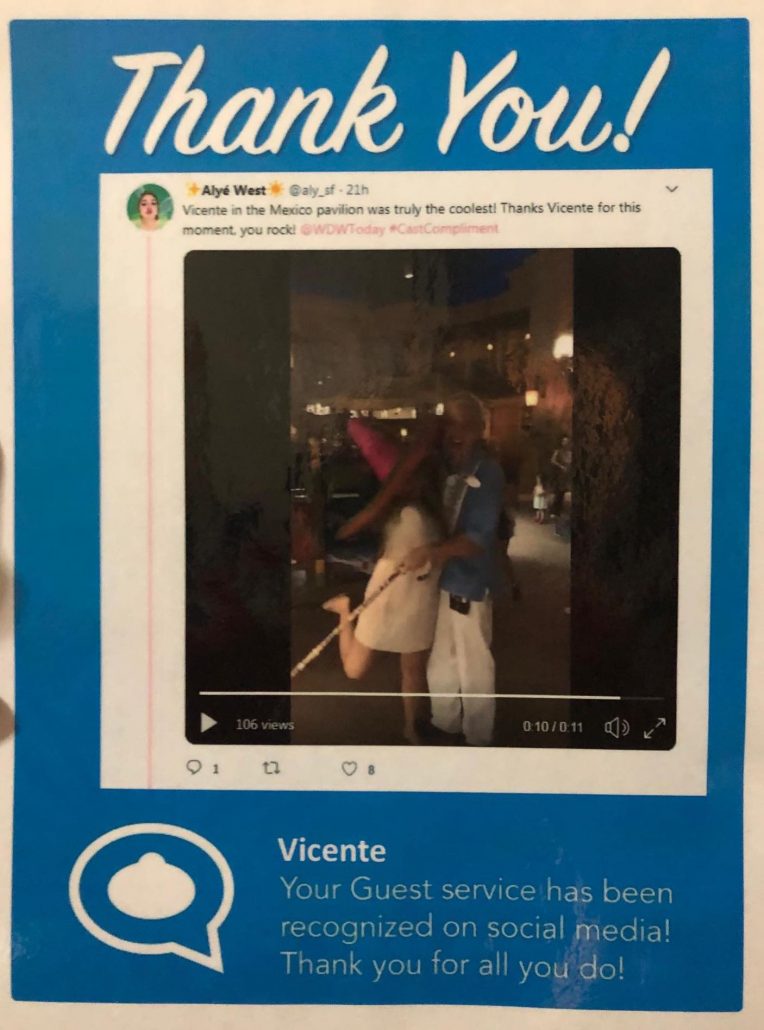 How awesome would you feel after receiving something like this? Photo Courtesy of Vicente Rubiera

Here is What to Tell a Leader

You will need to know a few things about the Cast Member in order to make sure the Tweet gets to the right people. Make sure to include 4 important identifying factors of the CM.

Once you Tweet your magical moment, the Guest Relations Cast Members make sure it gets to the right manager (or Leader as they call them) of the CM. This compliment will go on the Cast Members permanent record card and they are oftentimes recognized publicly in front of their fellow peers. This can happen at the beginning of their shift—imagine how much brighter you can make a Cast Member’s shift by taking 30 seconds to recognize them!

Did a Cast Member go out of their way to make your day special? Send a Tweet now!