How to See Mirabel at Magic Kingdom in Disney World 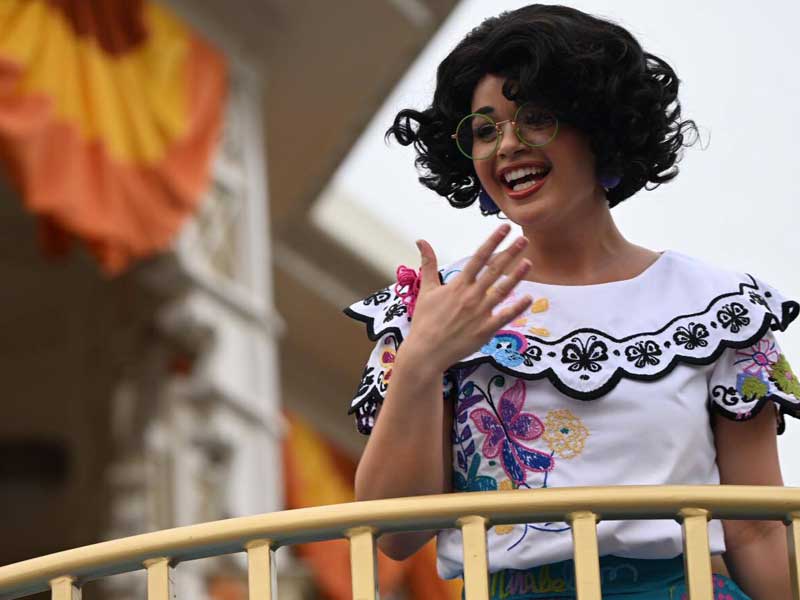 This summer, Mirabel finally made her big debut at Walt Disney World. Although she may lack magic power, she certainly doesn’t lack star power. With her creative spirit and optimistic disposition, fans cheered wildly seeing their newest favorite character. And she’s here to stay right into fall!

Just as in Encanto, Mirabel rocks her signature pollera colora, a traditional Colombian outfit that consists of a brightly colored skirt, an embroidered off-the-shoulder top, and espadrille style sandals. You won’t want to miss such a stylish appearance!

Mirabel can be found floating through the streets of Walt Disney World’s Magic Kingdom during the Disney Adventure Friends Cavalcade. 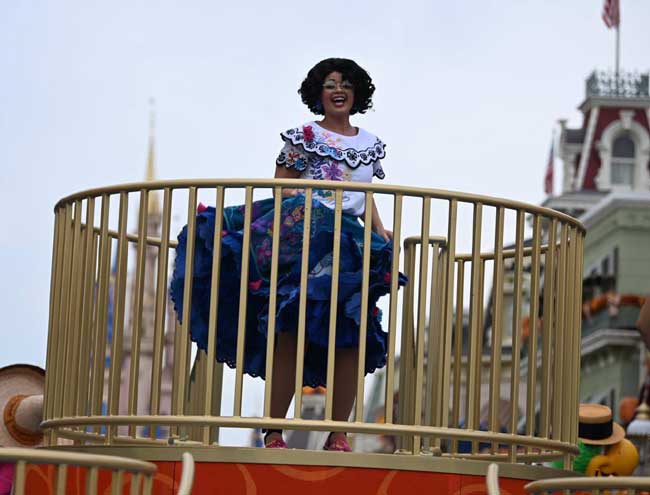 You can catch Mirabel Madrigal in the afternoon cavalcade. Photo by Cliff Wang

The cavalcade first began in November 2021 and might be my personal favorite character procession in the park, boasting the most characters out of any cavalcade yet!

Featuring unsung heroes and niche fan favorites, you won’t find Mickey and Friends in this lineup – you’re more likely to see appearances such as:

Mirabel fits right in among this crowd of curious, hilarious, loyal, and daring characters who deserve some time in the spotlight! 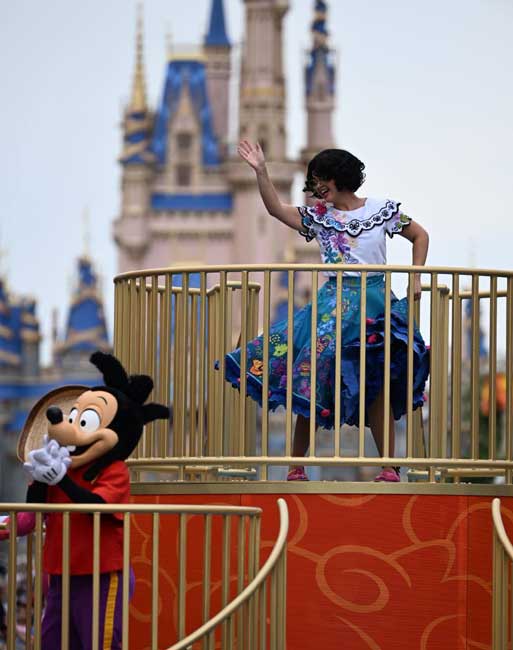 Mirabel waves to fans below at Magic Kingdom. Photo by Cliff Wang

Despite some being skeptical about movies premiering exclusively on Disney+, Encanto broke records when it premiered – raking in over 864 million viewing hours during its first week! Encanto’s beloved protagonist Mirabel quickly stole the hearts of audiences, and it’s clear she hasn’t let go.

Upon catching wind of her cavalcade induction, fans have flooded comment sections asking for more and more Mirabel! The most popular request by far has been for the introduction of Mirabel meet-and-greets at Walt Disney World. 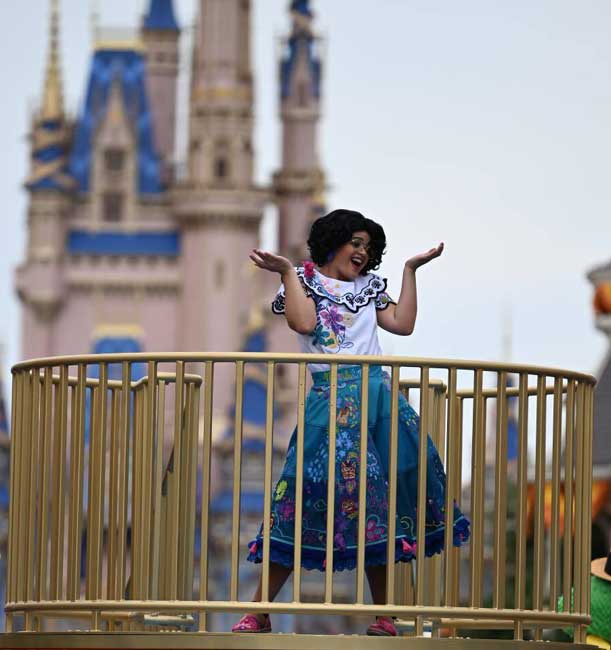 Mirabel is always surprised and delighted by her fans! Photo by Cliff Wang

But you may not have to “wait for a miracle” – meet-and-greets with Mirabel were already introduced at Disneyland Resort back in March, and it may not be long for Walt Disney World. 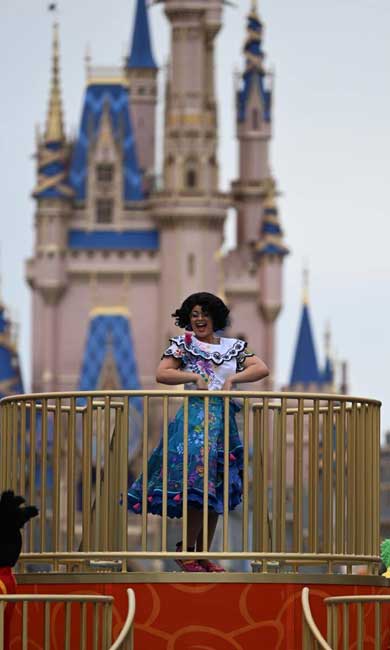 Mirabel Madrigal takes the stage atop a cavalcade float. Photo by Cliff Wang

The Disney Adventure Friends Calvade begins in Frontierland, floating through Liberty Square and finally making its way down Main Street, U.S.A. at these times daily:

Just because we don’t talk about Bruno doesn’t mean we can’t rave over Mirabel’s magical induction into Magic Kingdom.

Who knows—maybe we’ll find more of the Madrigal family in the Disney parks soon? Until then, don’t miss your chance to see Mirabel atop a cavalcade float at Magic Kingdom.