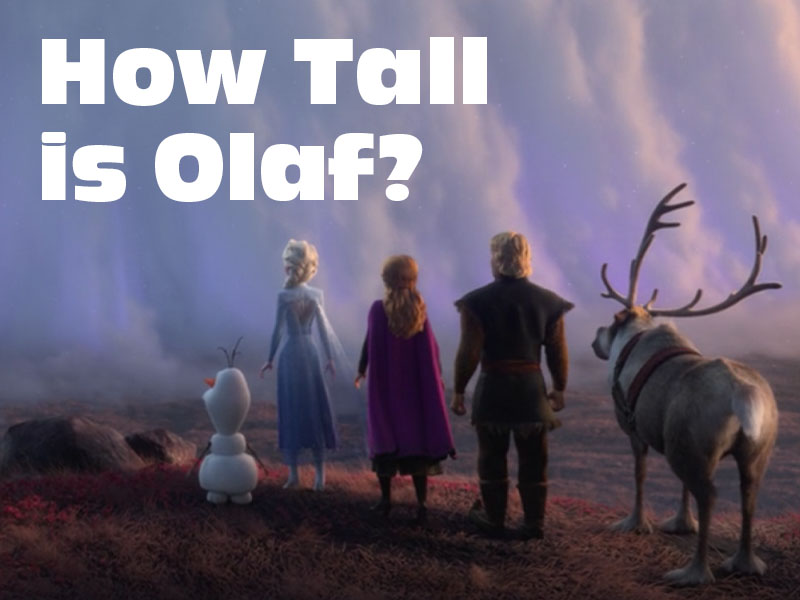 How tall is Olaf? If you’ve ever wondered about the snowman’s height, or other mysteries from the Frozen franchise, you’re in the right place.

We spent some quality time digging through some of the most frequently asked Frozen questions to provide you the answers you need to have. Ready? Let’s go.

How Tall Is Olaf?

How tall is Olaf? When seen next to Anna and Elsa, it’s hard to believe that he could be 5’4″. Photo courtesy of Disney

The Frozen Wiki page once mistakenly listed Olaf’s height as 5’4”. In reality, Olaf’s height has never been confirmed, but 5’4″ is unlikely as that would make Elsa, Anna, Kristoff, and all the citizens of Arendelle giants.

According to the above tweet by Jennifer Lee, writer and director of Frozen and Frozen 2, Olaf is more likely to be 3’4” tall. However, a very detailed analysis by Tumblr user goldfishturtle reaches the conclusion that he is 2’6” without twigs, and 3’1” with twigs. Their analysis is quite detailed and is worth checking out if you want to jump down this rabbit hole head first.

Olaf may be even shorter in summer. You know, because melting. Photo courtesy of Disney

Is Elsa a Disney Princess? 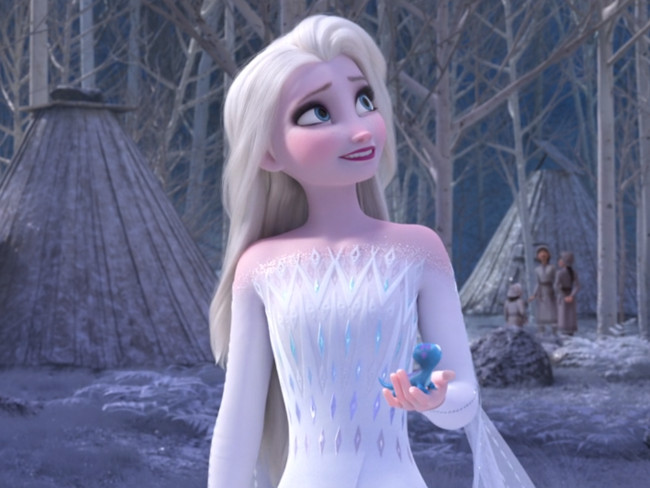 Elsa is not considered an official Disney Princess. Photo courtesy of Disney

No, Elsa is not officially a Disney Princess. The reasons for her not being included in the list aren’t clear, but fans assume it’s because Elsa was crowned Queen of Arendelle right at the beginning of the first movie.

Is Anna a Disney Princess? 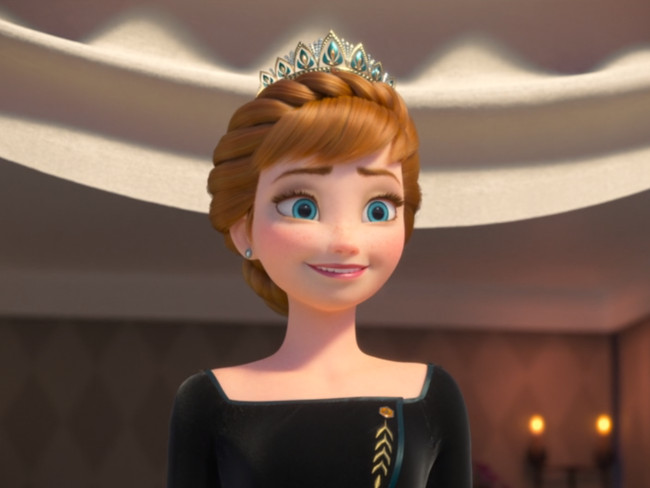 Anna is also not included on the list of Disney Princesses. Photo courtesy of Disney

Surprisingly, Anna is also not considered a Disney Princess. Like her sister, she eventually becomes Queen of Arendelle in Frozen 2 after Elsa abdicates the throne in order to live with the Northuldra as the Fifth Spirit.

How Old Are Elsa, Anna, and Kristoff?

Writer and director Jennifer Lee confirmed that in the first movie, Elsa and Kristoff were both 21 and Anna was 18.

Since Frozen 2 takes place three years after the original, that makes Elsa and Kristoff 24 and Anna 21 in the sequel.

Is Sven a Reindeer, Caribou, or Moose?

Sven is a reindeer, and reindeers are better than people! Photo courtesy of Disney

Sven is very much a reindeer. If there were any doubts, you just have to listen for references in the Frozen movies:

Does Kristoff Live in the Castle?

Though not confirmed, Kristoff likely lives at the castle in Frozen 2. Photo courtesy of Disney

Though it’s never explicitly mentioned, we can assume that Kristoff lives in Arendelle Castle with Anna. And if he doesn’t, it’s only a matter of time as the two are engaged to be married.

Does Elsa Have a Last Name?

Again, Disney has never come out and announced Elsa and Anna’s last name, so it’s up to a few sleuths on the internet to take a guess.

There are multiple theories about Elsa’s last name. Photo courtesy of Disney

In the movies, the sisters are only referred to as Queen Elsa of Arendelle and Princess Anna of Arendelle. So there is a possibility that “of Arendelle” is their last name. Translated into Norse, that becomes Elsa Árnadalr and Anna Árnadalr, according to writer John Adams (not the president) on Quora.

AdultSupervision on Reddit suggests that the last name for Elsa, Anna, and Kristoff is Oldenburg because that was the ruling house in Denmark and Norway in the 1840s, when the movie is set.

Interestingly, Disney Wiki does give Kristoff a last name, and it’s Bjorgman, so that makes the Oldenburg theory less likely.

Paul Kellogg on Tumblr has another theory. In Norway, last names used to be given by adding the father’s first name to the word “dotter” for a daughter. So that would make Elsa and Anna’s last name Agnarrsdotter.

Hopefully Disney will put an end to the debate at some point and actually tell us the girls’ last name!

By the end of Frozen 2, Kristoff and Anna were engaged but not married. It’s not clear whether Kristoff will become King when they do get married, but we can assume he will gain some sort of title. Depending on the rules in the Kingdom of Arendelle, Kristoff may become King, Prince, or even Lord.

Does Anna Have Powers? 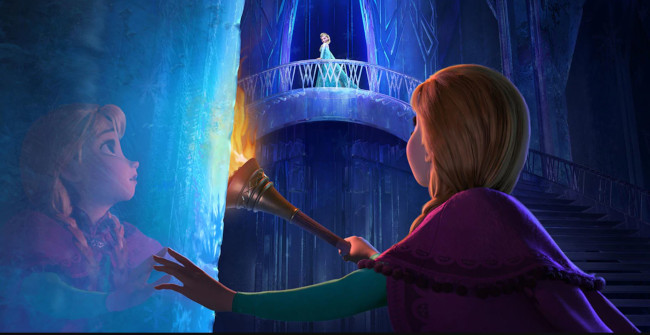 Anna does not have powers like Elsa. Photo courtesy of Disney

You might assume that, given her magical sister, Anna has powers of her own. But, as she tells the crowd of partygoers after Elsa creates an eternal winter in Arendelle, she is completely ordinary.

There’s nothing in either of the Frozen movies or any of their spinoffs to suggest that Anna has hidden magical powers.

How Did Elsa Get Her Powers?

We learn how Elsa got her powers in Frozen 2. Photo courtesy of Disney

The answer to this question is revealed in Frozen 2. Elsa’s icy powers were a gift from the spirits of the Enchanted Forest as a reward for her mother, Iduna, saving the life of her father, Prince Agnarr of Arendelle.

Iduna was born to the Northuldra, and Agnarr’s father King Runeard built a dam to deplete the Northuldra resources and eventually killed the Northuldra leader. Despite Arendellians and Northuldra being enemies, Iduna risked her life to save Agnarr and Elsa’s powers were a gift to celebrate this.

Is Rapunzel in Frozen?

Blink and you’ll miss it, but Rapunzel does appear in the first Frozen movie alongside Eugene. The two appear as Anna first walks through the gates of Arendelle Castle while singing “For the First Time In Forever.” 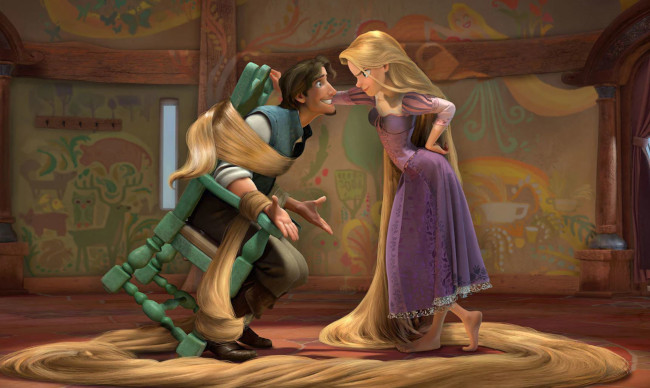 Rapunzel and Flynn make a brief cameo in Frozen. Photo courtesy of Disney

Additionally, in the Tangled episode of Olaf Presents, he begins by saying it’s a story about a close personal friend of his. Due to Rapunzel’s appearance in Frozen, we can assume he is talking about her and that they know each other well. Perhaps Rapunzel is even a relative of Anna and Elsa’s.

Then again, it could also be a nod to the friendship between Josh Gad, who voices Olaf, and Mandy Moore, who voices Rapunzel.

What Book Is King Agnarr Reading in Frozen 2?

Toward the end of Frozen 2 when Elsa is seeing visions from the past at Ahtohallan, we see a young Iduna ask young Prince Agnarr what he is reading, to which he replies, “Some new Danish author.”

If you look closely at the cover, you can see a depiction of a mermaid, which suggests Agnarr is reading The Little Mermaid by Hans Cristian Anderson. Anderson also wrote the book The Snow Queen, which is the book that the Frozen franchise is based on.

Together we’ve discovered how tall Olaf actually is, whether Elsa and Anna are Disney Princesses, and so much more. But if you still have questions about Frozen, ask us on our Facebook page, and we’ll see what answers we can find!

Is Aurora Sleeping Beauty? And Other Disney Princess Questions

Disney Fairy Tales Come to Life: The Making of Princesses and Pirates at Disney World