Cost of Genie+ — Our Guide to Genie Plus Prices 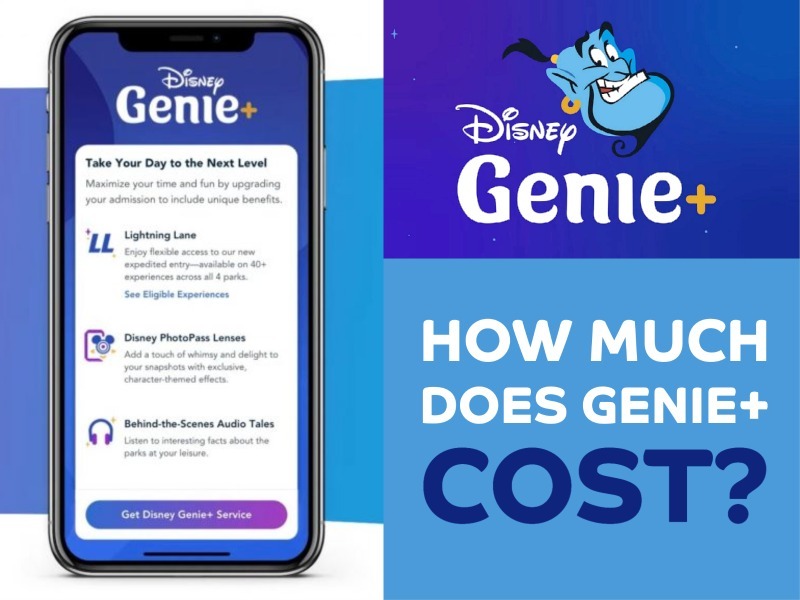 How much does Genie+ cost? Get the deets on how much you’ll shell out at WDW and DLR.

When Disneyland Paris announced it was doing away with free FastPasses earlier this year, we all knew that spelled change for Walt Disney World and Disneyland Resorts, where FastPasses had been discontinued during COVID-19 modifications.

Welp, last week, Disney gave it to us straight (sort of) when it announced Genie+, the new paid FastPass system. (But ditch the word “FastPass”; that’s sooo 1999.)

For more than two decades, FastPass has been a free perk at Disney Resorts while other theme park chains (I’m looking at you, Universal Studios) have attached a hefty price tag to their copycat offerings. But with the sunsetting of FastPass and the appearance of Genie+, Disney guests will finally have to pay.

Gosh darn it, who rubbed that lamp!? 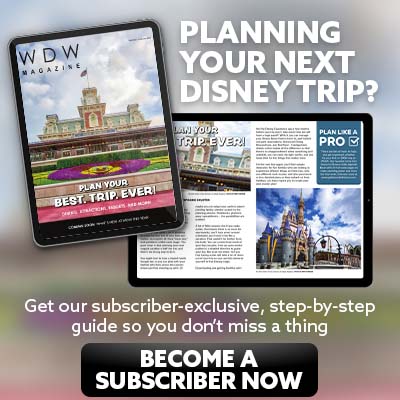 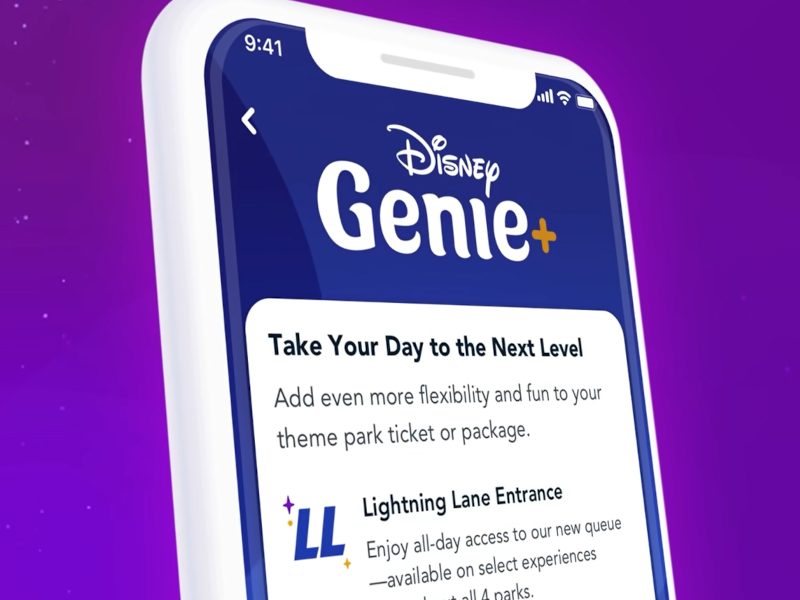 First, a distinction: The new Disney Genie service, a planning tool with real-time in-park updates, is completely free. Genie+ is a paid service built on top of that, which allows you to skip the line by reserving a ride time on select attractions.

For that privilege, you will pay per guest per day. The cost will fluctuate, depending on how busy the day is at the parks.

The same goes for Disneyland, where the cost of Genie+ now starts out at $25.00 (up from the previous price of $20) and will also change based on demand per day.

What Does That Disney Genie+ Cost Get You? 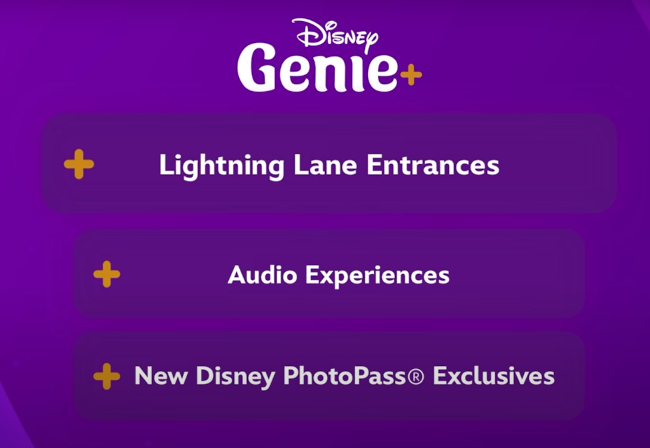 For that handsome fee, you will get access to over 40 attractions at Disney World and more than 15 at Disneyland. But sorry, friends, you’ll need more than Genie+ to enter the Cave of Wonders.

You can select an arrival time at one attraction at a time using Genie+. During your arrival window, you simply show up and use the Lightning Lane entrance (a repurposed FastPass lane) and board the ride much more quickly.

After you’ve had your fun, bust out your My Disney Experience or Disneyland app and make your next Genie+ selection.

Tap here for the full list of Genie+ attractions at WDW.

A sampling of some of the Genie+ Lightning Lane rides at Disney World:

What? No Rise of the Resistance? No Seven Dwarfs Mine Train? No Radiator Springs Racers?

Pricing for Individual Lightning Lane selections varies by ride and day. (Frustrating for us budgeters and planners, I know.)

Prices are likely to change seasonally and by day of the week, so keep checking back in and follow along on our Facebook and Instagram for updates. You can also subscribe to our newsletter to get a weekly dose of Disney news.

What Does Individual Lightning Lane Get You? 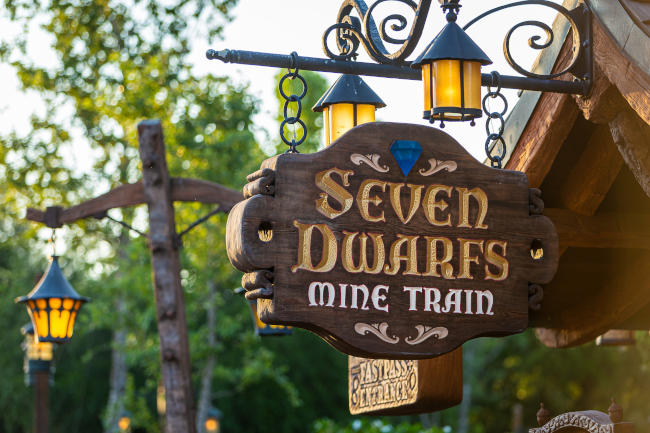 One of the confirmed rides for Individual Lightning Lanes. Photo by Ernie Carr

While Disney Genie+ gets you access to a large sampling of popular rides (one at a time for selections, of course), Individual Lightning Lane attraction selection is a separate add-on service reserved for only the most popular of rides. You can pay for up to two a day to ensure a ride on your favorite attractions, also through the Lightning Lane.

Individual Lightning Lanes will also be made through the My Disney Experience or Disneyland app.

Tap here for the full list of rides that will be included in Individual Lightning Lanes.

But here’s a little teaser of a few of the rides:

Note: You will still be able to wait in line for all rides at WDW and DLR, save for those that have virtual queues. Virtual queues have been eliminated for Rise of the Resistance. The same system will also be employed for Remy’s Ratatouille Adventure.

We’re building out a collection of resources to help you navigate Disney Genie, Disney Genie+, and Individual Lightning Lanes. Check out these resources below to learn more:

Guide to Disney Genie+: Everything You Need to Know