Are Disney VHS Tapes Worth Really Anything? Sadly, No. 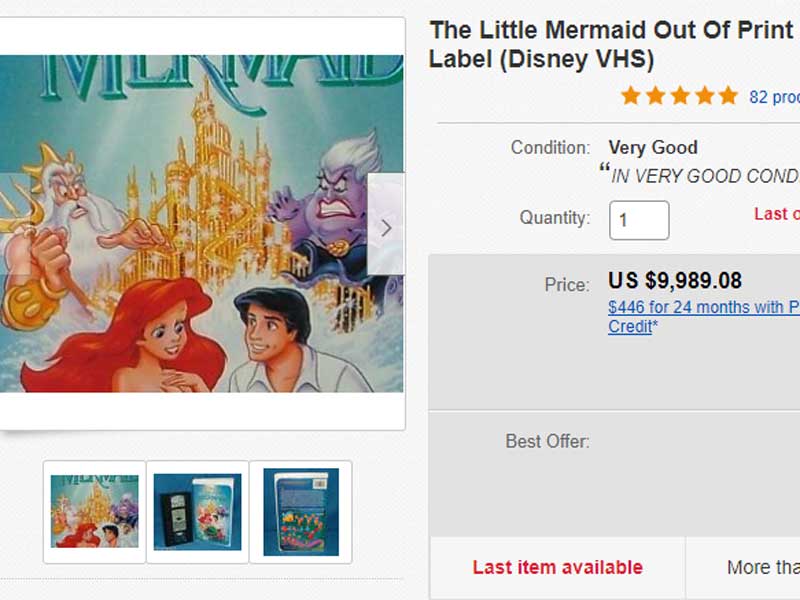 Here’s how much those dusty Black Diamond Disney VHS tapes are actually worth… or not.

Disney VHS tapes are turning into something of a rarity these days. Instead of being used as a tool for viewing your favorites, they are more likely relics of the past, getting dusty on a shelf or maybe meticulously preserved by your mom.

But before you spend a lot of money vacuum-sealing these Disney VHS tapes to fund your retirement, let’s find out if they are actually worth something.

Update 09/07/2021: In the interest of keeping our readers informed and safe, we have to issue a warning against a new wave of eBay listings including the phrase “IGS Ready,” or any listing of materials graded by a company known as Investment Grading Services.

Many of these listings have the same scam tactics described in the article below. Buyers beware!

Rare Disney VHS Tapes- Does the Black Diamond Have Value?

Hey, all VHS tapes are getting pretty rare, am I right?

But seriously, just like comic books, some VHS tapes are bound to be worth more than others. But are they worth enough to take up precious space in the garage?

Misprints on the cover and limited releases are among those suspected of having a high value. But it’s the first editions that generate the most buzz.

That brings us to the Black Diamond VHS tapes… 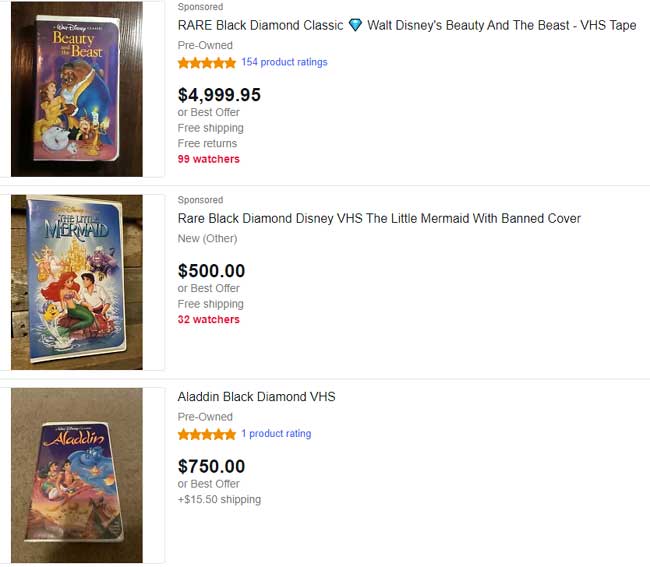 These were the first Disney VHS tapes ever released, sold between 1984 and 1994.

These are casually referred to as “The Black Diamond” editions, but they do not have this written anywhere on them. The name comes from a black diamond at the top of the spine that reads “The Classics” in a Hollywood-esque font.

Some websites will show you these listings and claim that the sellers could be making millions off of these tapes. I checked the listings to confirm that these were just listed—not sold—for upwards of a million dollars.

Here is a Buy it Now (that means no bidding) or best offer for 19 Black Diamond releases for just $99.74:

That’s a bit over $5.00 each…and this offer ends today. No one is buying them.

Ten years ago I bought Cinderella for a couple of bucks and you know what? I still have it… but I’m not betting on it for retirement.

Want to see for yourself? Here is a queued-up eBay search showing Black Diamond VHS tapes that actually sold.

One Disney VHS tape that comes up frequently for treasure-seekers is The Little Mermaid VHS tape with a “banned” cover.

We won’t zoom in on the “banned” part here, but you’re welcome to Google it on your own. Prepare to be disappointed, because it’s not that shocking and leaves a lot to interpretation.

This “lewd” object on the cover art was interpreted by overzealous parents in the ’80s who feared that the art would somehow influence their children to know more about the human anatomy. We’re betting the kids were oblivious, but that’s another story.

I looked up eBay auctions and Buy it Now offers for these tapes and found an obvious scam going on.

But click into where it says “3 sold” in red…

That high-dollar user name only has one review. Hmmm. Guess which one is bogus?

This tactic is used by shady sellers to drive up the perceived value of an item. Don’t fall for it.

You will see hyped-up erroneous reports that these Little Mermaid VHS tapes are selling for a lot of money. But read each article closely: Every outlet is saying these are listed for high prices… not sold.

Here is The Little Mermaid banned cover with only three hours left and bidding starts at just under three bucks.

The truth is that there are a lot of these “banned” copies out there. It had a long run before they were recalled from stores due to a customer complaint. This cover is worth a chuckle, but not too much more than that. 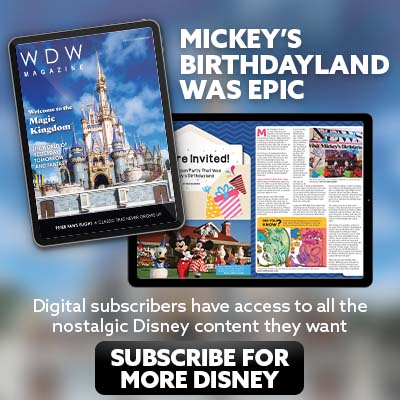 So that $5,000.00 Beauty and the Beast Black Diamond VHS tape we saw earlier?

You may see a lot of unopened shrink-wrapped Black Diamond VHS tapes on eBay listed at $100 or even thousands of dollars.

…but search for completed sales and you’ll see that many have sold for $10 to $25, depending on the title.

And another example of an unopened Aladdin in the shrink wrap: 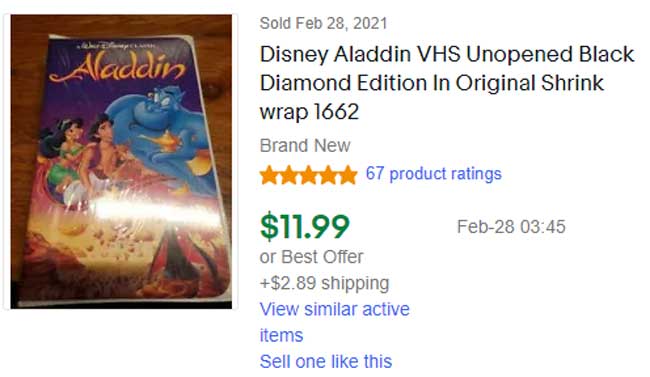 Unopened Disney VHS tapes do carry more value than the opened, used version– but it isn’t a lot of money.

To their credit, a 35-year-old VHS tape is usually worth nothing, so… good for them, but not really enough to get excited over.

Is There a Demand for Vintage Disney VHS Tapes?

Today’s search for Black Diamond Disney VHS tapes brought up over 17,500 hits. There are a lot of these to go around.

Don’t believe me? Ask the dishes… well, I mean, click here to do the search for yourself. There are a lot.

How to Find the Real Value of Disney VHS Tapes

Now that we’ve gone over the usual suspects, here are some tips on how to find the value of your exact Disney VHS tape on eBay.

2. Be sure to include any qualifiers in your search like unopened, or Black Diamond.

3. Once the results pop up for your search, let’s narrow it down to match your tape. Select the condition of your VHS tape. If it is new with the shrink wrap, select “Brand New.” 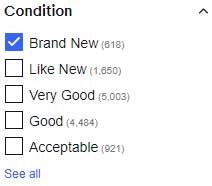 4. Now the most important step. We DO NOT want to look at current auctions. Scroll down until you see the Show Only options. We want to see what actually sold. Click “Sold Items.” 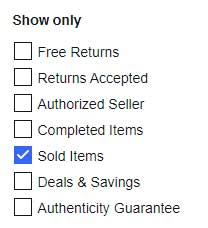 As we learned earlier, watch out for fishy sale prices from accounts with only one or a few transactions or ratings. 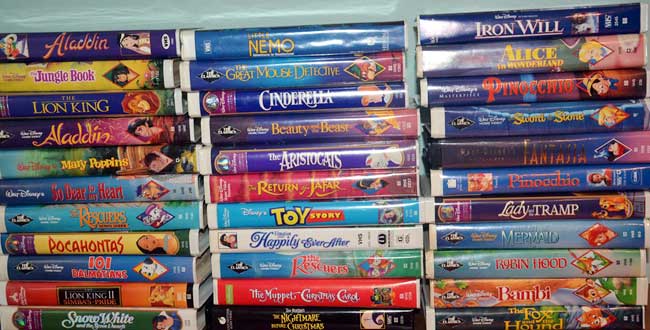 “disney vhs” by IainStars is licensed under CC BY-SA 2.0

…just like all VHS tapes. Even those royal-looking Black Diamond seals can’t save the magnetic tape from deteriorating over the years.

VHS isn’t like comic books or vinyl records. You can put a record or a comic book in a sleeve to protect them and reduce damage.

But the magnetic tape in a VHS cassette naturally dries out, flakes away, and degrades over time. Not much you can do about it. No matter how you store them, they will deteriorate. They weren’t made to last for decades.

That rules out the value of actually playing them. The value lies only in the jackets with the tape intact. A collectible VHS tape is akin to a mint-in-box toy. You can’t play with it, and the pristine condition adds to the value.

The problem is that most VHS tapes floating around aren’t new in the shrink wrap, and as we have seen, those aren’t even worth much.

How Much Are Your Black Diamond Disney VHS Tapes Worth?

Even if your Disney VHS tapes aren’t going to take you into new DVC contract funds, they have value.

Remember the “Be Kind Please Rewind” stickers on rental VHS tapes? How about having to run the head cleaner tape through the VCR? It’s all about perspective.

A shelf full of Disney VHS said something that thin DVD cases and streaming services just can’t… it was a display, like a bookcase, that guaranteed hours of Disney magic at your fingertips.

The characters and title fonts on the spine could tell you from across the room that the residents of this house believed that dreams really do come true.

So if you’re squirreling away Disney VHS tapes that don’t have (yet) any monetary value, take heart that they still mean something to you. And those things are always worth keeping!

If you liked this article because we tell it like it is without all the creepy ads, then consider subscribing to our newsletter. You’ll get the latest Disney news, planning tools, and deep-dives into cool stuff like Disney history!