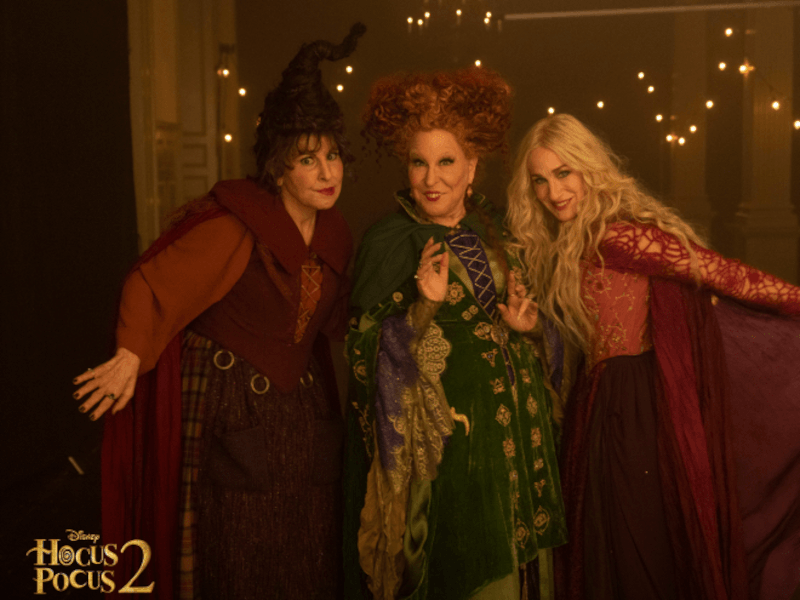 If you woke up on this, another glorious November morning, feeling sick because October is two weeks gone, open thine eyes and get a load of this. We have our first official peek at Hocus Pocus 2 via this Sanderson Sisters photo, and what better way to start things off than with a photo of the Sanderson Sisters themselves.

This iconic photo of the Sanderson Sisters in Hocus Pocus 2 is brought to us nearly 30 years after the original film released, as part of Disney+ Day.

The Sanderson Sisters Are Back—And as Bewitching as Ever 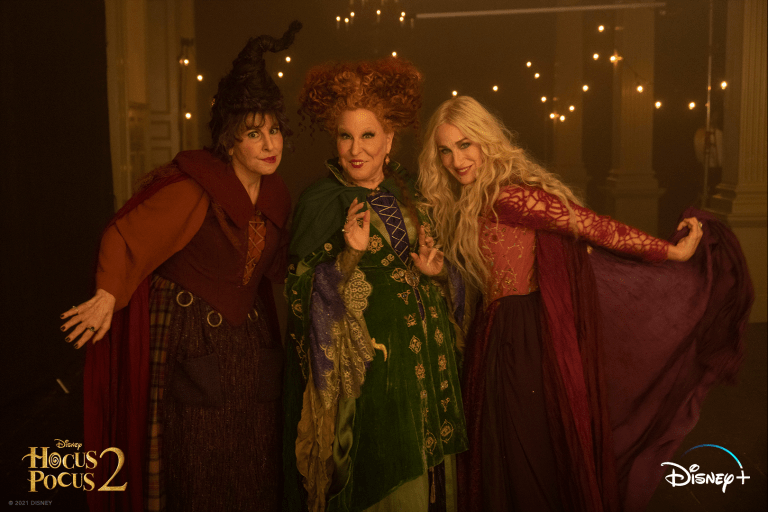 Of course you couldn’t possibly conjure up a new Hocus Pocus movie without the iconic Sanderson sisters. Not only are Winifred, Mary, and Sarah back—they’re looking marvelous.

In the first official Sanderson Sisters photo from Hocus Pocus 2, you can see that nearly 30 years in oblivion have been surprisingly kind to the Sandersons. Held up to a photo from 1993, you’d have a hard time telling that much time has passed at all. (Which is kind of what it feels like to live through COVID, come to think.)

Kathy Najimy, Bette Midler, and Sarah Jessica Parker are looking right at home in their roles, and I’m sure I’m not alone in feeling right at home seeing the sisters again. It’s like it’s October all over again!

The long-awaited return of the Sanderson sisters is just the tip of the iceberg. We know that Billy Butcherson—played by Doug Jones—will also be rising from the grave for Hocus Pocus 2. We can only hope that Omri Katz and Thora Birch will be back in some form or fashion, too.

Disney has announced Whitney Peak, Lilia Buckingham, and Belissa Escobedo in the respective roles of Becca, Cassie, and Izzy. They’ll be the ones drawing the ire of the Sanderson Sisters this go-’round.

Hocus Pocus 2 is written by Jen D’Angelo and directed by Anne Fletcher. The plot synopsis is as follows.

It’s been 29 years since someone lit the Black Flame Candle and resurrected the 17th-century sisters who were executed for practicing witchcraft, and they are looking for revenge. Now it is up to three high school students to figure out how to stop the ravenous witches from wreaking a new kind of havoc on Salem before midnight on All Hallows Eve.

Think this is huge? Just wait until you get a load of everything that was revealed and announced during today’s Disney+ Day. Not only are the Sanderson Sisters back, but so are Willow, Chip ’n Dale, and the X-Men of the 1990s. Happy October 43rd, everyone!

Sistahs! How stoked are you now for Hocus Pocus 2? Head over to the WDW Magazine Facebook page and let us know if this first photo of the Sandersons has lit the Black Flame Candle of your heart.