Elsa and Moana in concert!? Well, kinda. Get ready for a first-of-its-kind Harmonious livestream coming exclusively to Disney+.

Harmonious has been dazzling nighttime spectacular enthusiasts at EPCOT since it debuted last year.

In celebration of World Music Day, Disney+ is giving its American and Canadian subscribers a front-row seat to an exclusive performance of the show live from Florida.

Mark your calendar. Here’s what you need to know about the upcoming Harmonious livestream.

When Is Harmonious Live?

Harmonious Live will bring stories and culture together on Tuesday, June 21 at 6 PM PT / 9 PM ET.

The official teaser (see above) promises special celebrity appearances, performers from around the world, and a wickedly talent host. 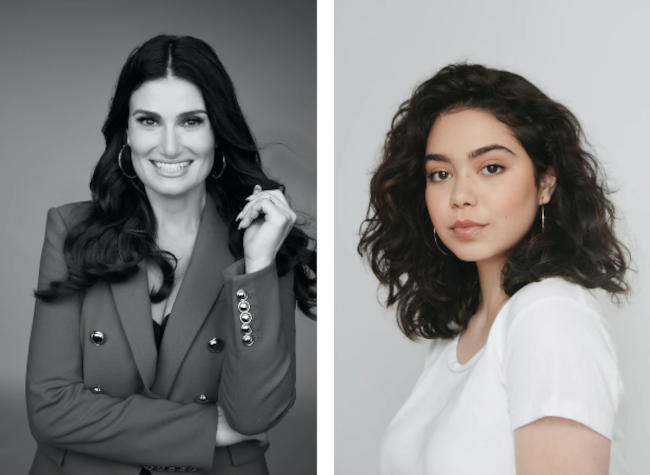 Tony Award winner, Idina Menzel, has been given the honor of hosting the Harmonious livestream. She’s no stranger to Disney magic or showstopping performances. She’s the voice of Elsa. From Frozen. But we know you already knew that.

She’ll be joined by another iconic Disney songstress, Auli’i Cravalho. You’ll recognize her (and her voice) from, Moana.

Throughout the livestream, viewers will be treated to a medley of classic Disney music. The show will feature performances by a live orchestra and a culturally diverse group of 240 artists from all around the world.

It’s a fitting tribute given Harmonious’s message of unity and incorporation of stories (and languages) that match EPCOT’s World Showcase pavilions. And if you’re like our CEO, you’re going to want to have some tissues at the ready to dry your happy tears.

What Happens If You Miss The Harmonious Livestream?

If you can’t catch Harmonious Live live on June 21, don’t sweat it. The recording of the full show will become available to watch on Disney+ at a later date.

After The Harmonious Livestream … What’s Next?

We don’t want to get too ahead of ourselves, but we can’t help but wonder about what this kind of livestream content means for the future of Disney+. The magical possibilities are endless!

Will you be watching the Harmonious Livestream on June 21? Let us know on our Facebook page.