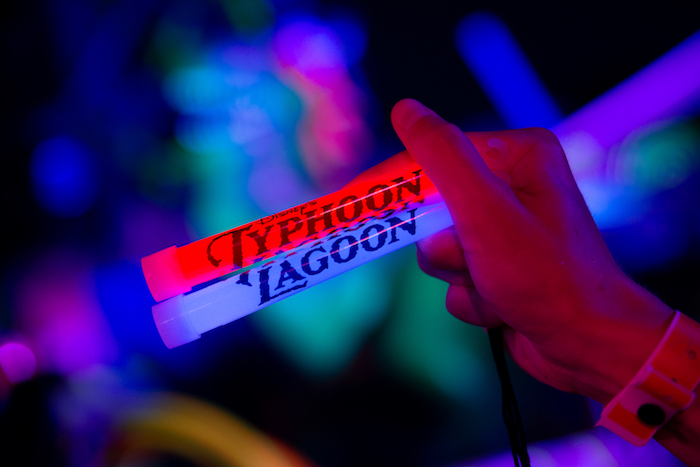 To continue our National Water Parks Day celebration, we were invited by Disney to experience H2O Glow Nights, an exclusive night party being offered this summer at Typhoon Lagoon. The event is a separately ticketed event, priced at $55 (plus tax) per adult and $50 (plus tax) per child. It runs every Thursday and Saturday from June 21st through August 11th from 8pm to 11pm. Guests who have purchased an event ticket can arrive as early as 7pm. 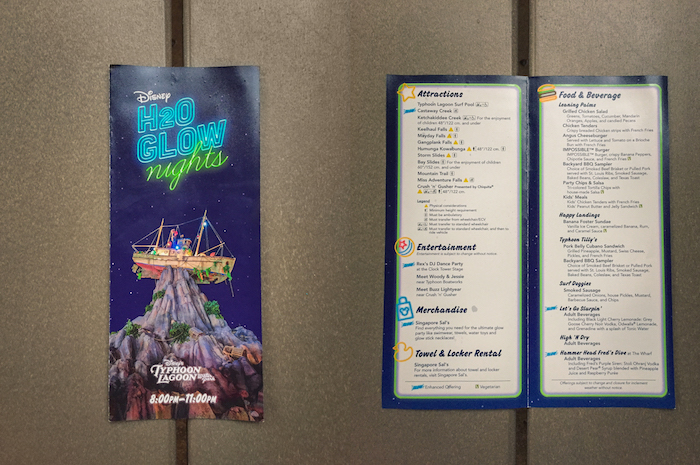 Prior to the event, we had a chance to learn from Chef Hal about the new food offerings at the park, some of which are exclusive to the H2O Glow Nights event! 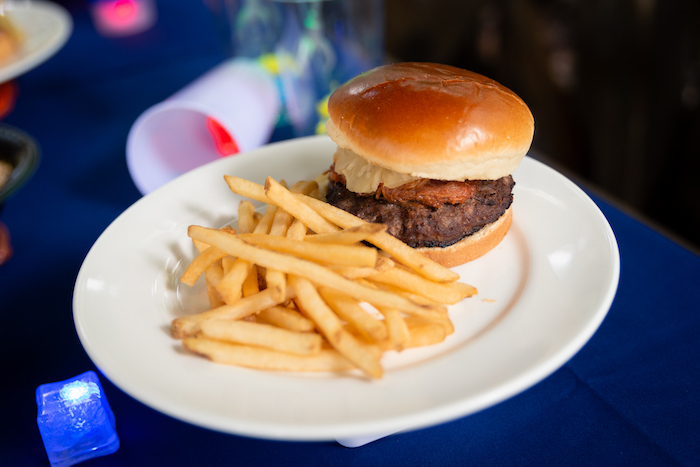 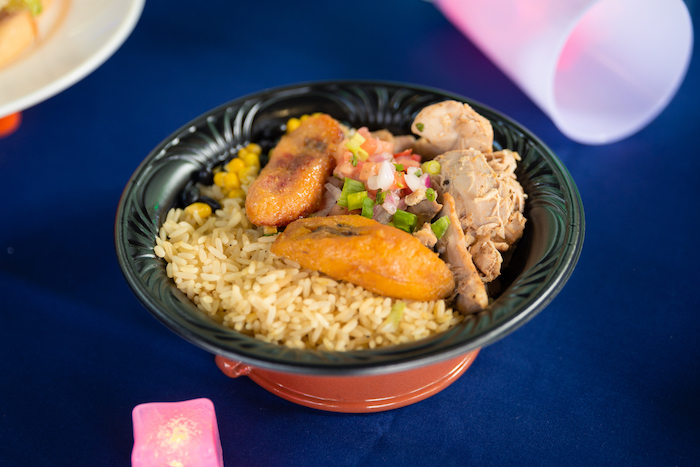 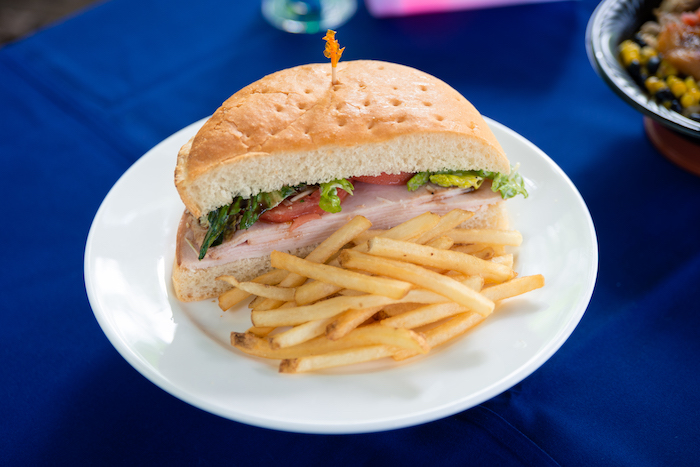 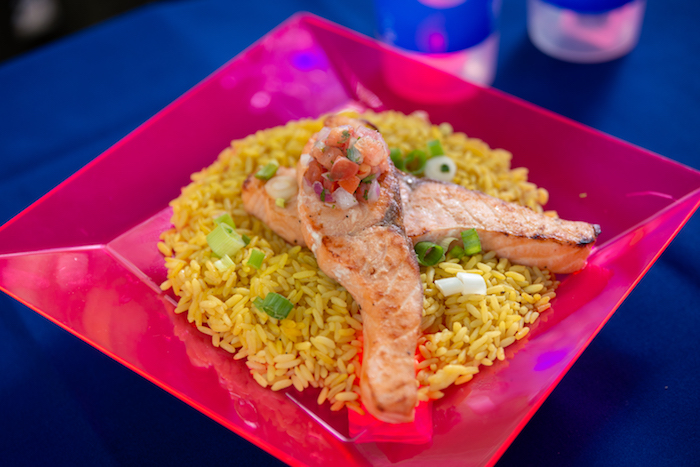 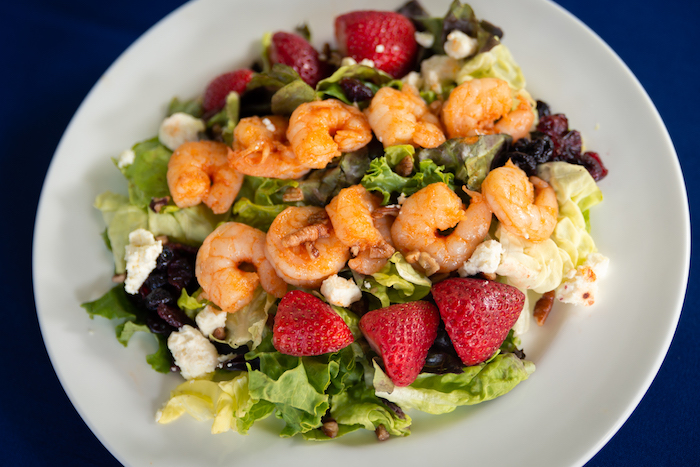 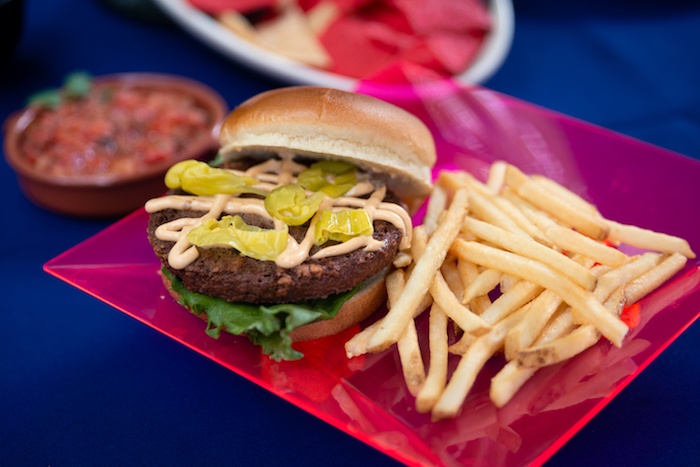 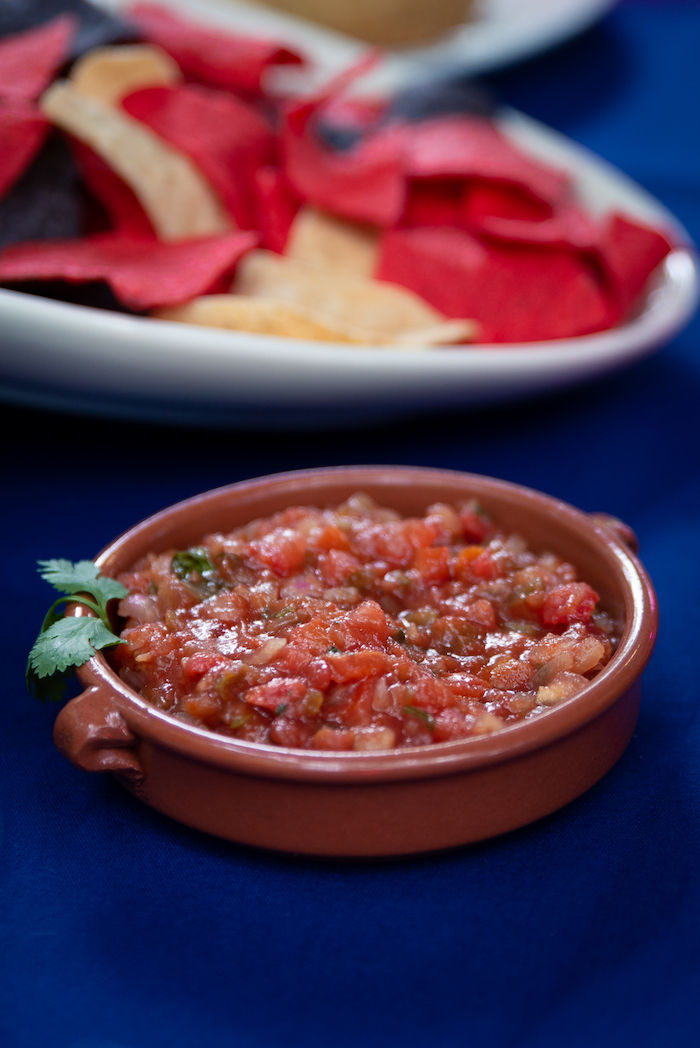 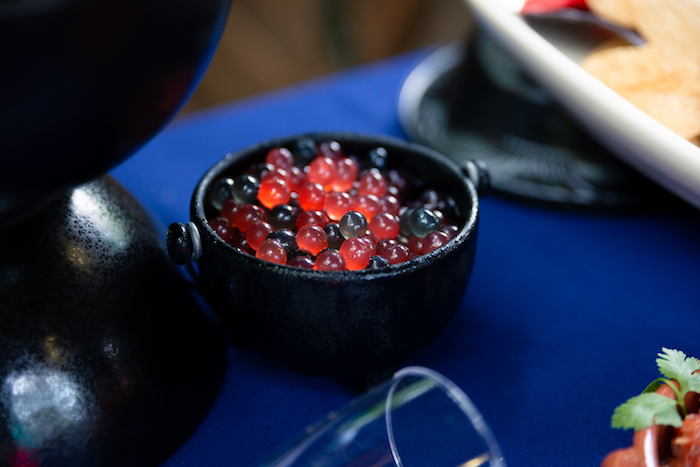 During the event, we tried two of the exclusive event items: The Backyard BBQ Sampler and the Lagoona Sunrise. The Backyard BBQ Sampler comes with your choice of pulled pork or beef brisket, baby back ribs, smoked sausage, baked beans, cole slaw, and Texas Toast. We opted for the pulled pork, but I wish we chose the beef brisket. There was a lot of fatty pieces in the pork, which some people enjoy but I am not one of them. However, I absolutely loved the rest of the meal! The smoked sausage dipped in the tangy barbecue sauce was a highlight for me, along with the piping hot baked beans. 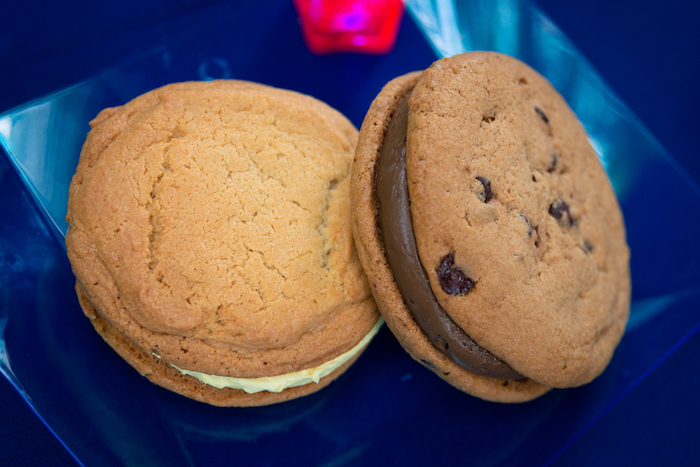 Mark Dukes (Manager, Disney Water Parks) spoke to us about the story behind H2O Glow Nights, which is inspired by the Pixar short “Partysaurus Rex”!

After the media presentation by Mark and Chef Hal, we were treated to some refreshing slushies courtesy of Disney. Yum! 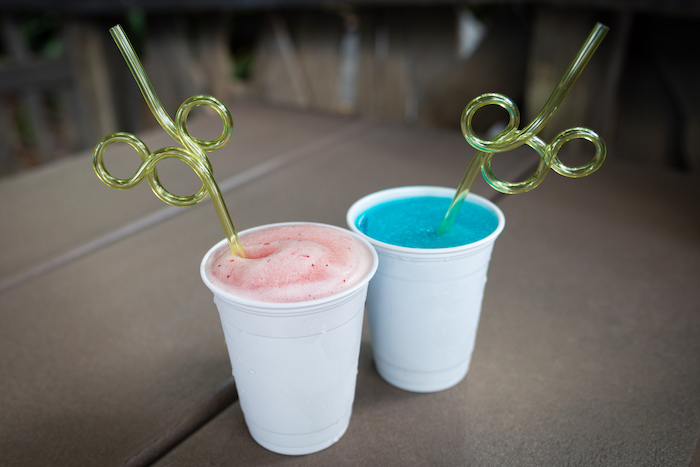 A surprise “sweet treat” at the media event. Photo by Courtney Reynolds.

During the day, the park was extremely busy, boasting wait times of up to 30 minutes for some attractions. Once the park closed and the H2O Glow Nights event began, the number of guests decreased dramatically. H2O Glow Nights guests were equipped with glow sticks and wristbands to easily identify them and quickly filter out the day guests. After that, the wait times averaged around 5 minutes for the entire event! 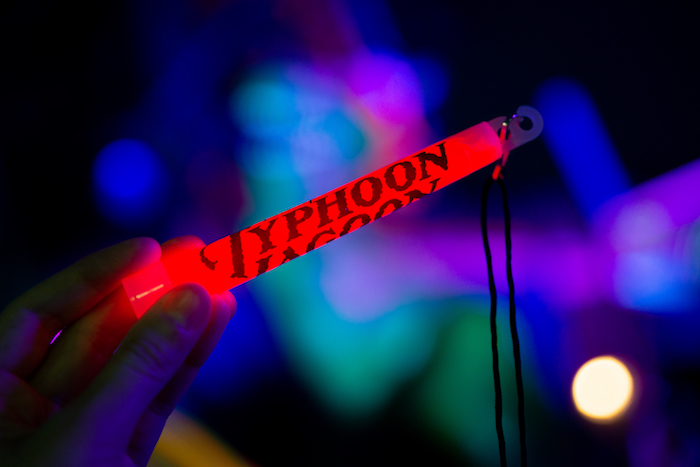 The main event was the DJ dance party at the Clock Tower Stage, hosted by Partysaurus Rex. Show off your dances moves on the beach or participate in one of the DJ’s competitive party games. The highlight of my night was when the DJ played “I2I” by Powerline! (Any other Goofy Movie fans out there?!) 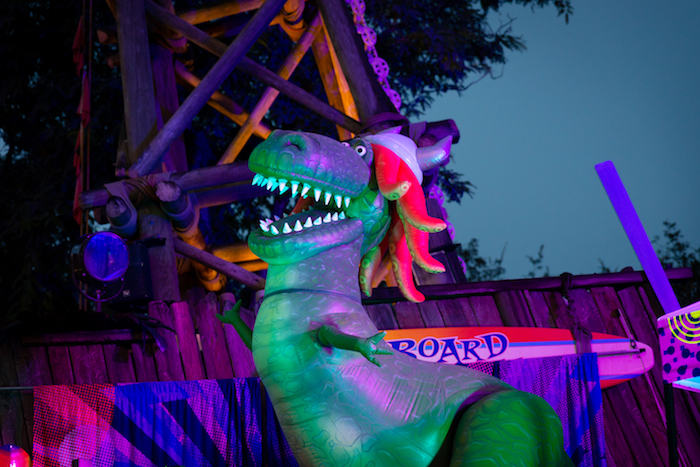 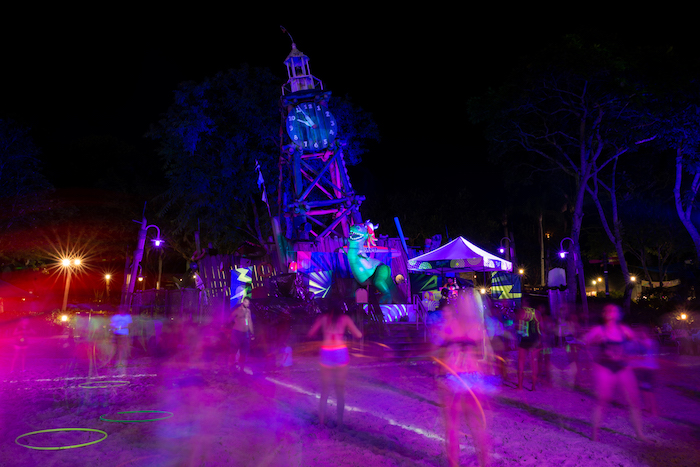 You’ll also have the chance to meet some of your favorite Pixar characters at this event! Be on the lookout for Woody and Jessie by Typhoon Boatworks and Buzz near Crush ‘N’ Gusher. 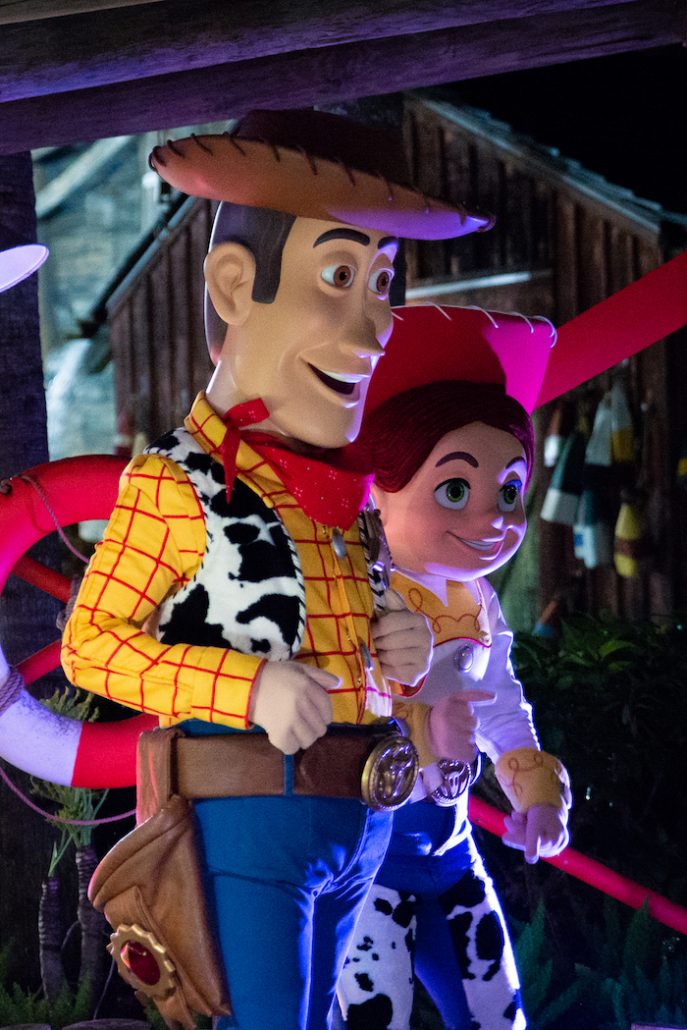 Keep an eye out for some fun inner tubes added to Castaway Creek exclusively for the H2O Glow Nights event! 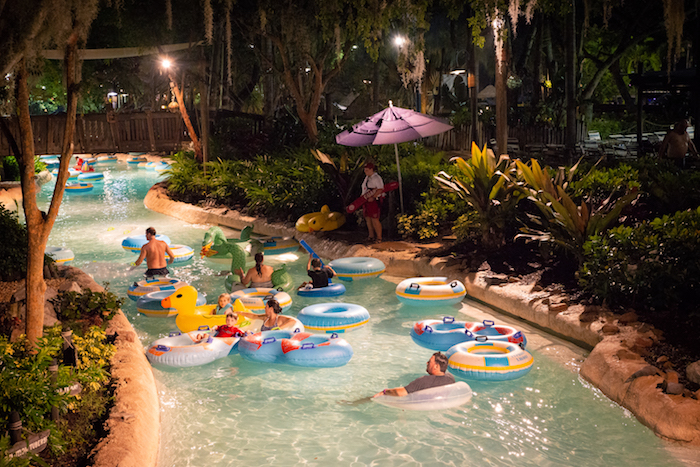 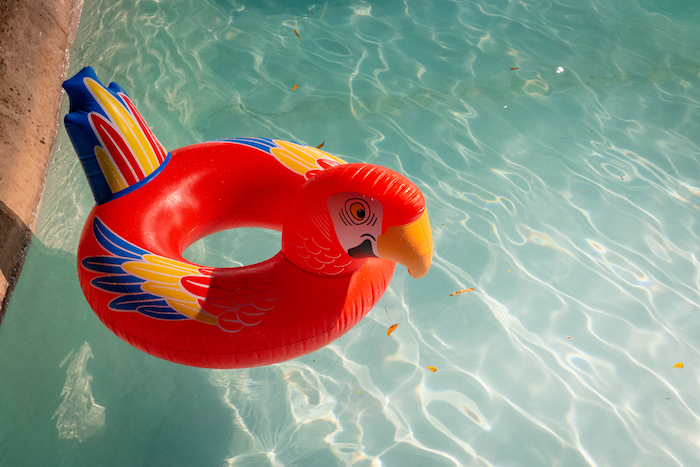 Now for the big question: Is H2O Glow Nights worth it? For many of the same reasons as the Disney After Hours event, I say yes! Especially during the summer, the parks can be extremely crowded during the day. Even though the H2O Glow Night event is only three hours, you could easily get all your rides in and have time to relax, eat, and enjoy the dance party!

It’s a great way to experience the entire park without having to wait in long lines to do it. Having the event after sun down is also a plus since the sun can be very draining during the day. If you’re worried that it will be too cold to go swimming after dark, don’t be! In Florida, summer nights are still hot enough for swimming.

We would like to thank Disney for inviting us to experience this event so we could bring this inside look to you!