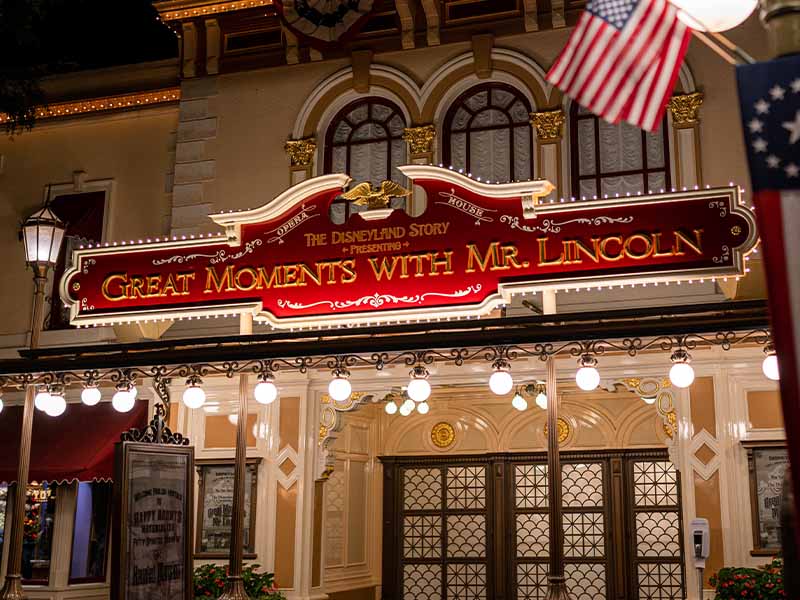 Learn the history of Great Moments With Mr. Lincoln and why his face is so very lifelike…
Let’s take it back to the 1960s. In a time in which there was a new energy in America, lots of changes were being made—that’s not excluding Disney. In its time The Great Moments with Mr. Lincoln attraction was state of the art and had top-of-the-line Audio-Animatronics technology. 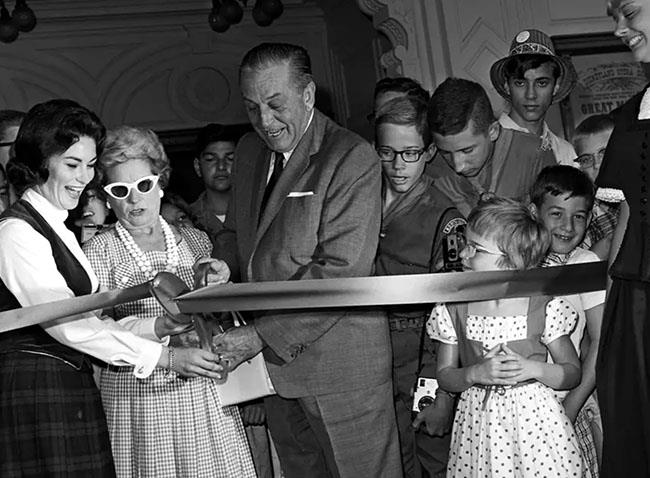 Great Moments With Mr. Lincoln  opened at Disneyland on July 18, 1965.

The attraction was one of four attractions at the 1964-65 World’s Fair in New York. The other attractions were “it’s a small world,” The Carousel Theater of Progress, and Ford’s Magic Skyway. All four attractions were intended to educate, entertain guests and impress due to the new, never-before-seen technology included in the World Fair attractions. Walt knew that fans would also enjoy these experiences in his park, and his appreciation for Lincoln meant a special spot for this icon at the front of Disneyland, right on Main Street, U.S.A. 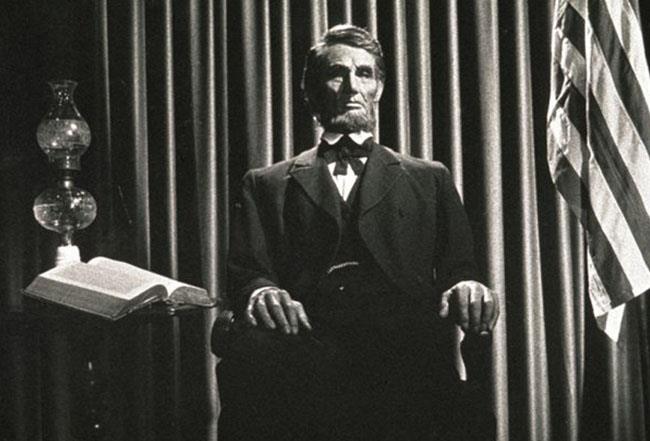 Guest reactions in 1965 were that of shock. They were captivated by the advanced technology that made Lincoln’s movements so lifelike. And he’s still giving speeches today. If you want to experience the same shock and amusement of guests of the World Fair in the ’60s, you can! Head on Over to Disneyland for your own great moment with Mr. Lincoln. Here’s what to expect at the show ….

How Long is Great Moments With Mr. Lincoln? 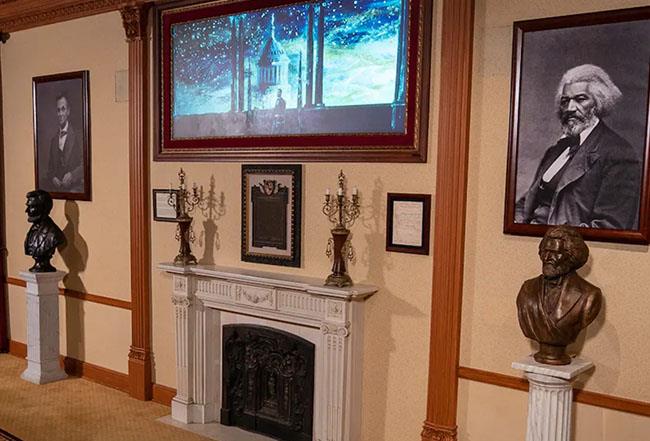 Great Moments With Mr. Lincoln is a must-watch for history buffs or anyone interested in animatronics or Disney history. There is rarely a line for this attraction so you don’t need to take that into account for ride time. The entire show is 15 minutes long and makes for a nice break to cool off and sit down when running around at Disneyland all day.

Great Moments With Mr. Lincoln is an insightful and educational attraction for all ages and there are no height restrictions. Once you know the great lengths and effort that went into creating this attraction in the 60s it is even more entertaining to see in person. Keep reading for more on how Imagineers made this attraction come to life. 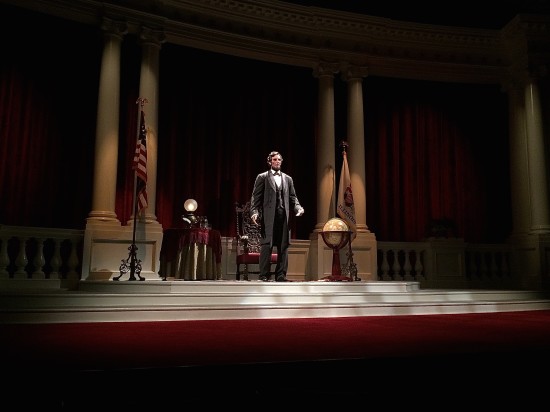 Abraham Lincoln’s speech for the attraction is not just one of his many great speeches, but several of his inspiring speeches compiled from when he was alive. James Algar, the main writer and producer of Great Moments With Mr. Lincoln compiled the speech from different recordings of Lincoln’s speeches. They were then woven on a singular track to make the speech we all know and love today!

You can hear these powerful words of Mr. Lincoln as if he were alive today.

“The world has never had a good definition of the word liberty, and the American people, just now, are much in want of one.” Mr. Lincoln speaks of Liberty in the speech and what it means to the American person. He speaks on how the definition of Liberty has been a long-sought phenomenon and how Liberty needs to be protected.  “Our reliance is in the love of liberty, which God has planted in our bosoms. Our defense is in the preservation of the spirit which prizes liberty as the heritage of all men, in all lands everywhere.”

“Let us have faith that right makes might, and in that faith, let us, to the end, dare to do our duty as we understand it.”

The Face of Mr. Lincoln 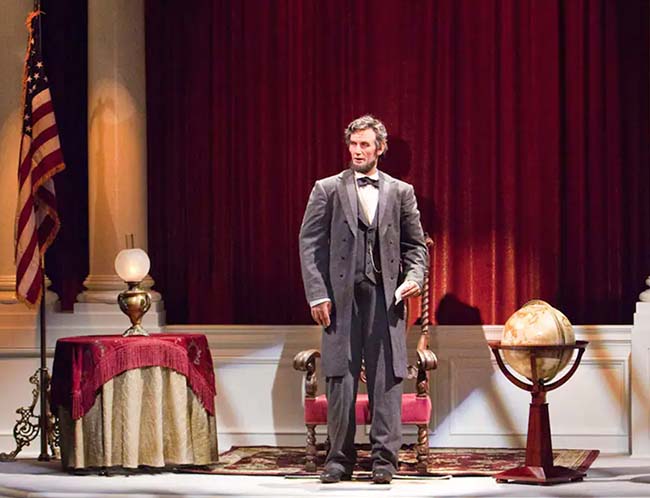 To really exhibit how surprising the Abraham Lincoln animatronic was, National Geographic Magazine called the figure so real it was “alarming.” To make such a realistic animatronic, Disney sculptor Blaine Gibson made a copy of a mask made of Lincoln’s face back when he was still alive. So… it really is Lincoln’s face!

Not only did it really look like Lincoln, but the movements were very convincing and impressive. To pull this off, hydraulic and pneumatic valves were used to move the different parts of the figure. For this to be achieved there are specific tones recorded on a magnetic tape. Similarly to an electric instrument, each tone, when played sends an electrical signal to a specific valve and makes the character move.

The Imagineers put countless hours of work into making Abraham Lincoln come to life and even spent hours in a harness that recorded body movements.

Imagineer Wathel Rogers had to act out all of Lincoln’s movements including different gestures, arm and leg movements, and even waving so that these specific body movements could be recorded and translated to Mr. Lincoln for the show. The original Audio-Animatronic is no longer a part of the show and has since been replaced by an advanced electronic version. The original Mr. Lincoln is on display in Hollywood Studios at the Walt Disney: One Man’s Dream attraction. 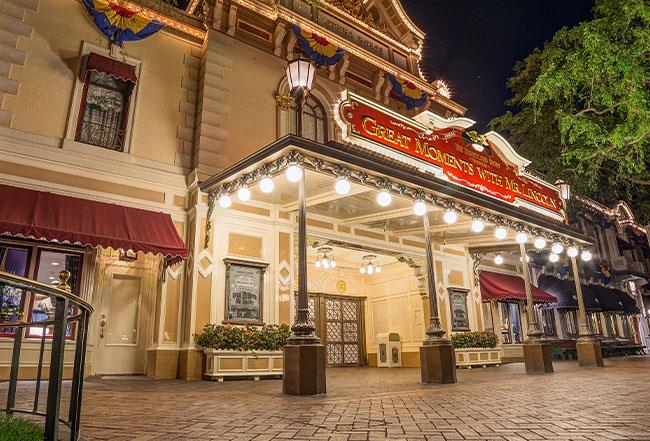 It’s impressive to see how far Audio-Animatronics have come through the years—and to know that Mr. Lincoln was already making incredibly lifelike movements back in the days of hydraulic mechanics. Technological advances have made this process much easier and made your favorite characters more life-like than ever! This being said, we will never forget how Mr. Lincoln paved the way for modern animatronics.

Walt Disney was a genius in many ways and Great Moments With Mr. Lincoln is an example of his imagination coming to life. It is a timeless attraction that is a must-see for Disney fans and historians alike.