Get Fuzzy with ‘The Art of Turning Red’ 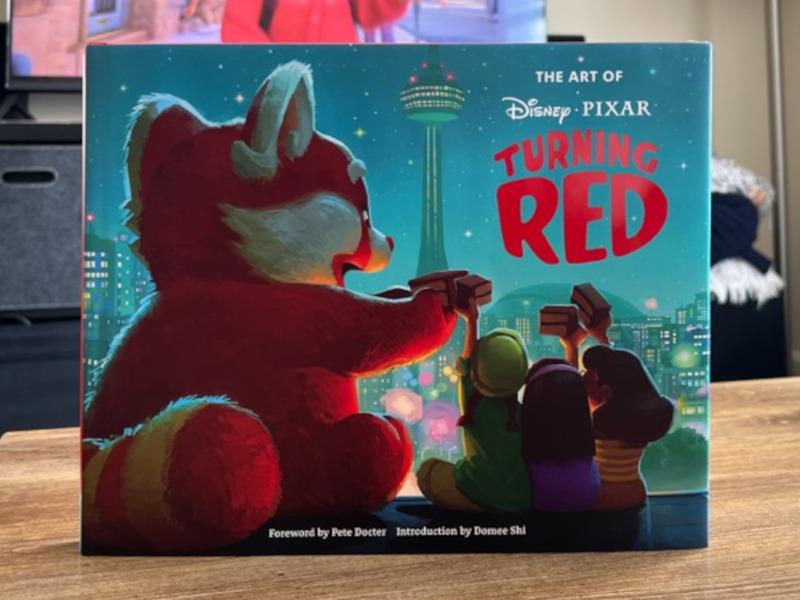 Check out The Art of Turning Red to learn more about the latest Pixar film after you watch it on Disney+.

Disney and Pixar’s latest film, Turning Red, has giant red pandas, boy bands, and a unique art style. We get to explore that final element in the special art book released for the film.

Disney and Pixar’s Turning Red is streaming exclusively on Disney+ and follows Meilin Lee as she starts her early teens. Meilin faces changes like any child, but in her case, the growth spurt and additional hair are because she’s turning into a giant red panda.

Turning Red is a unique and beautiful entry into the Pixar lineup. To learn more about how the movie got its looks, consider checking out the latest art book from Chronicle Books, The Art of Turning Red.

Reader beware- This article contains affiliate links. If you’d like to support us directly, please consider subscribing to our Digital Edition. 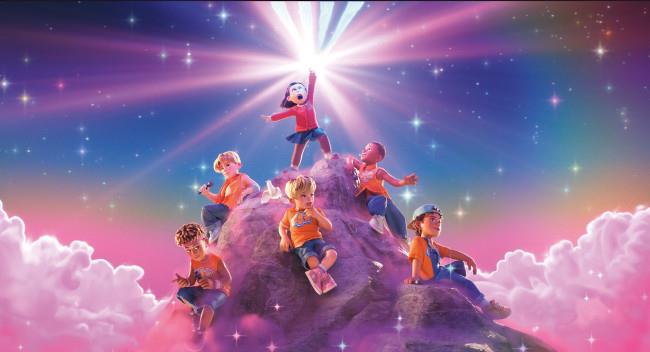 Domee Shi is the first solo female director in the studio’s history, and her film was inspired by growing up in Toronto, Canada. In the introduction, the director talks about how her Academy Award-winning short, Bao, made her realize that she had more to say about the connection between mothers and their children.

From the first frames of the trailer, it’s clear that this film looks different from Pixar’s other offerings. Shi wanted to pay tribute to the anime of her childhood like Sailor Moon. As a fellow Sailor Moon fan, I could totally see the ’90s anime influences in the dramatic facial expressions.

I like that Pixar is letting each film’s leadership have a say in the art style instead of all the films looking the same. Another dramatic example of this style freedom is Luca, which had characters whose flexible mouths and faces reminded me of Wallace and Gromit.

Turning Red’s unique look means that most of the art book’s pages go into exploring how this style came to be. This is a departure from recent art books, as The Art of Encanto and The Art of Luca focused a lot on the non-North American cultures that inspired them and how they were translated to the screen.

Inside The Art of Turning Red 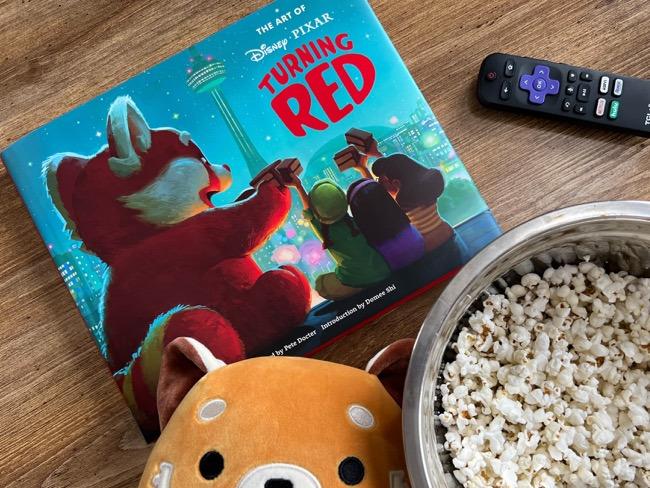 Many sketches in the pages of The Art of Turning Red show the character development work the team did together. These include sketches showing Meilin and her mother watching movies on the couch and singing karaoke together.

There are, of course, several drawings of Meilin’s red panda persona. A lot of thought went into her fur’s texture and the subtle designs formed by the different shades of red (like the swirls on her shoulders).

The book also has cute art of Meilin in different situations as the red panda, like reading books and watching movies with her friends.

True fans of Turning Red will be excited to know that inside the art book is a replica of Meilin’s notebook. It’s stuck between pages 70 and 71 and includes her stickers on the covers, her math homework, and, most importantly, her art of the clerk at the Daisy Mart.

Merman two-page spread and everything. 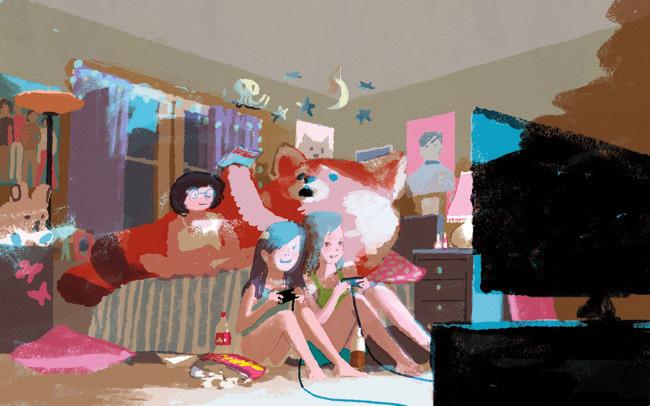 Near the notebook, Domee Shi writes that the pivotal scene of Meilin’s mom finding her doodles and confronting her crush with them came from her own worst fears as a girl.

Note: If you want to learn more about Domee Shi’s early animation work and see her childhood sketches of Sailor Moon and other characters in a notebook like Meilin’s, check out Embrace the Panda: Making Turning Red on Disney+. 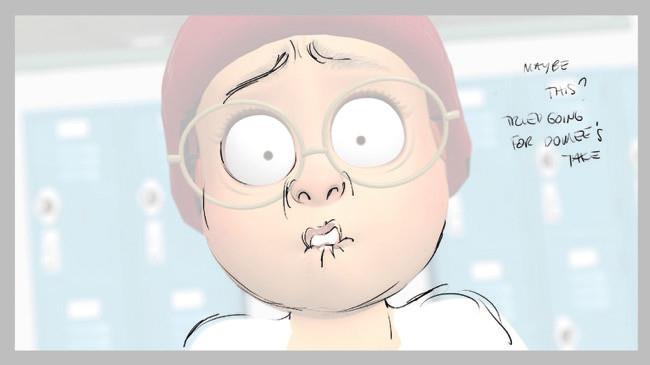 I also learned something new about animation by reading The Art of Turning Red: draw over art. Draw over artists take computer-animated frames and sketch over them by hand. The art is then changed to refine things like facial expressions and body positions before anything is finalized in the digital files.

It makes me think of an artist version of editing with tracked changes on.

There are several examples of draw over art in this book, and there are still notes on some of the frames about asking Shi if this is the look she was going for.

It was a new behind-the-scenes look into the animation process that I really enjoyed. It also made me happy to see how hand-drawn animation is still used in the digital age.

Want to go even further behind-the-scenes at Pixar animation? Subscribe to WDW Magazine before May 1, 2022, to get our special Pixar issue, which delves deep into the art and science of Pixar animation.

If you loved Turning Red like I did and want to learn more about how it came to be, consider checking out The Art of Turning Red from Chronicle Books online or at your favorite retailer.

Finally, to Pete Doctor: I did read your foreword, and I look forward to using your method for meeting article word count in the future. Sandwich, book, cat, quilt.

Explore Kumandra with “The Art of Raya and The Last Dragon”