Galactic Starcruiser Costumes: What to Wear at the Star Wars Hotel 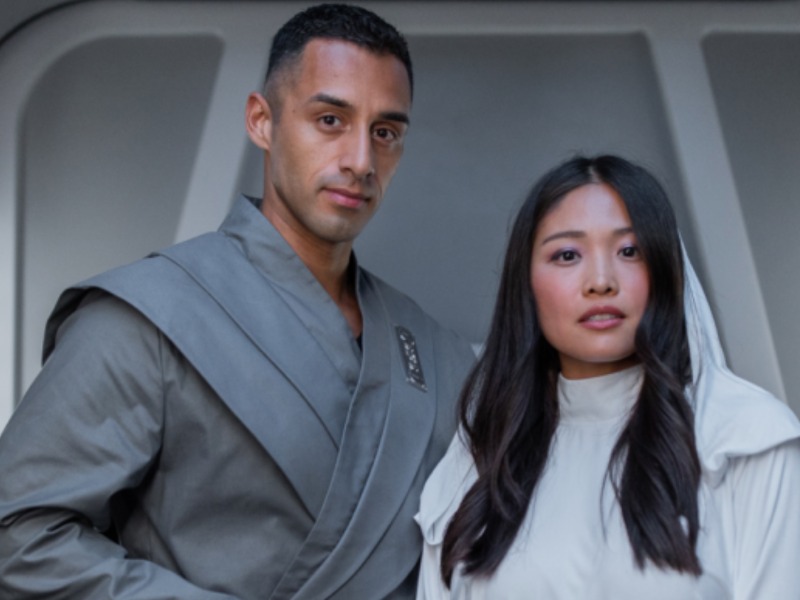 When Disney announced the concept of the Galactic Starcruiser, I immediately thought, “This is a cosplayer’s dream.” The term “cosplay” is a portmanteau of the words “costume” and “play”; cosplaying allows ordinary people dress up in unordinary and extravagant costumes to really immerse themselves in a fictional universe. And Galactic Starcruiser, the new Star War

s hotel at Walt Disney World, opening March 1, 2022, is the ultimate place to live out your Star Wars cosplay fantasies.

But before you set sail on the Halcyon ship that houses you for your 2-night stay at the Star Wars hotel, you’ll want to find the perfect Galactic Starcruiser costumes for your crew. Disney’s taken care of everything from the food to the itinerary, so the only question for you is what to wear on Galactic Starcruiser.

You can even find character-specific outfits for Galactic Starcruiser, including the Padmé Amidala Cloak and the Princess Leia Dress. 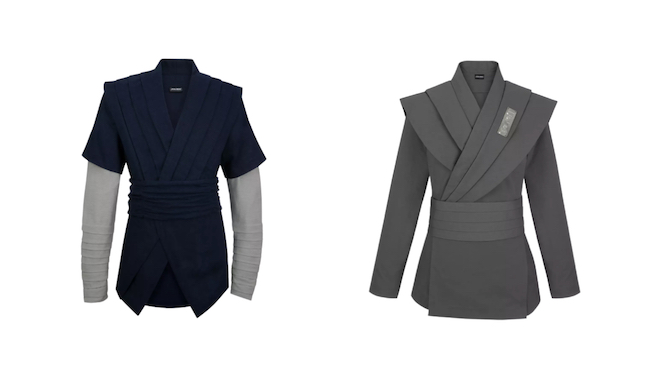 This collection features adult and children sizing, which means this could be a one-stop-shop for the whole family (especially if you’re running out of time). 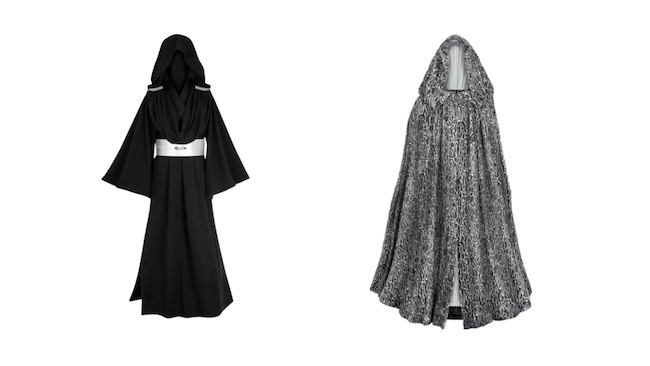 These Galactic Starcruiser costumes range in price from $16.99 (for a pair of gloves) to $149.99 (for full, immersive outfits).

You don’t have to search to hard for high-quality Star Wars costumes on cossky.com. 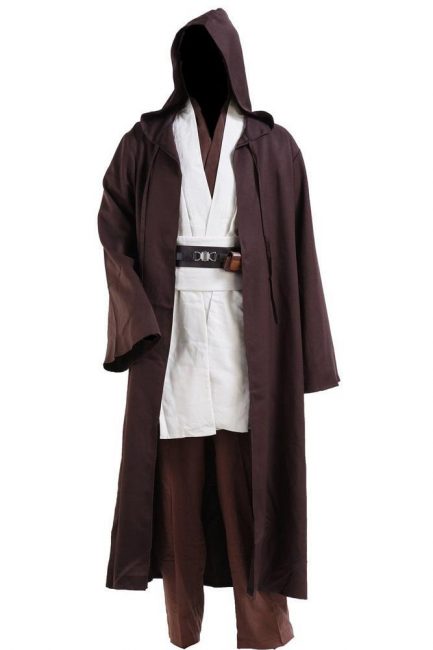 This site has costumes and accessories that are meant to replicate specific character looks from the Star Wars movies, cartoons, and TV shows. From Jedi robes to incredibly athletic belts and shoes, this site offers essential building blocks to start designing some unique and creative outfits.

Other common websites for Star Wars cosplay include SimCosplay, ProCosplay, and even Etsy.

If the character you have created for yourself features Lekku, also referred to as head-tails, then you’re in luck. We found a small shop that specializes in creating silicone Lekku and other Star Wars-themed accessories for all your costume needs.

P&S Costume Creations also offers free tutorials for dressing up in costume that would be beneficial to new and seasoned cosplayers! Some of the tutorials include how to wear a wig cap, how to paint silicone, and body painting advice.

Here is a cosplayer wearing Lekku purchased from this shop.

Costumes at The Chandrila Collection

If you forget your Galactic Starcruiser costume at home or the airline loses your luggage, you can pick up an outfit that shows your true colors (Resistance or First Order) on the Halcyon.

That’s right, the Star Wars hotel has its own boutique onboard where you can buy themed apparel, including tunics, robes, dresses, and flight uniforms. 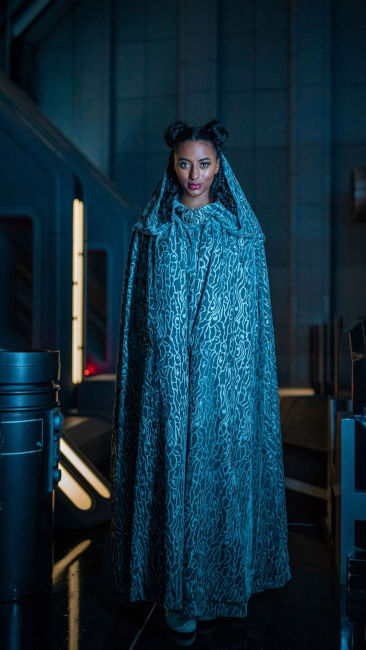 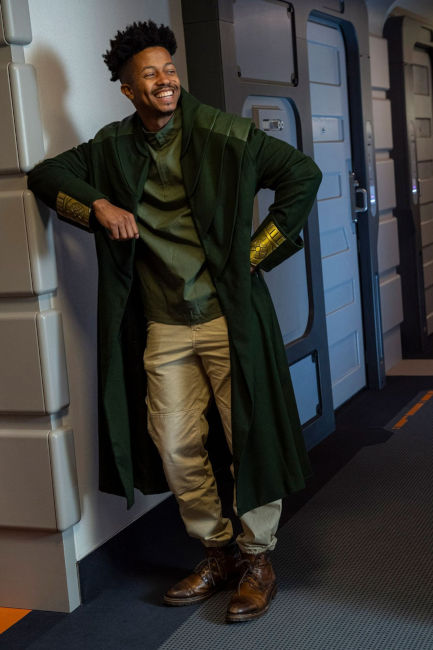 You can also pick up accessories like jewelry and headwear. 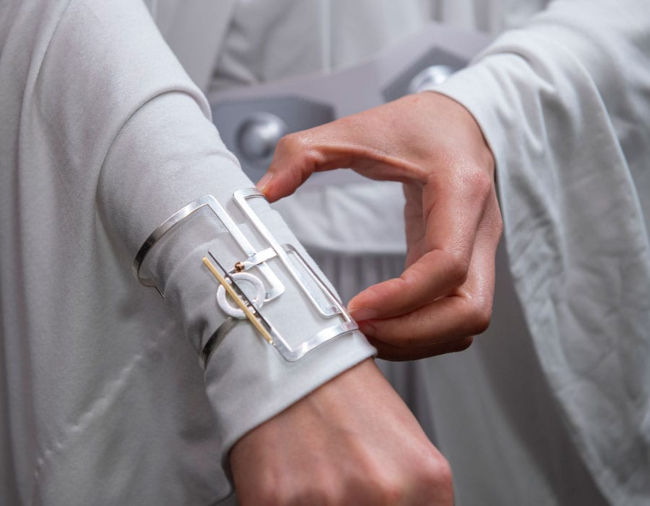 The Chandrila Collection even sells accessories for your lightsaber and a prebuilt astromech droid SK-620. Just look for the store called The Chandrila Collection on your Galactic Starcruiser map.

Of course, you aren’t required to do full cosplay on Galactic Starcruiser. If you’re more comfortable in jeans and a T-shirt, do just that. We just highly recommend snagging a couple of Star Wars shirts and maybe a fun Star Wars hat from your favorite retailer or even shopDisney.

For example, Target has a full line of Star Wars clothing and accessories.

A Note on Galactic Starcruiser Costumes

The point of these costumes is to feel as authentic to your Galactic Starcruiser character as possible, which means some costumes will not be permitted in the parks on your Galaxy’s Edge excursion day.

Here is a Galaxy’s Edge style guide on what kinds of clothing is permitted in the parks, as well as how you can create your very own looks for your next trip to Batuu!

If you are looking for even more attire ideas for your biggest adventure yet, you can join the Facebook group, Galactic Starcruiser Costuming for endless inspiration!

What to Pack for Your Trip on the Star Wars: Galactic Starcruiser