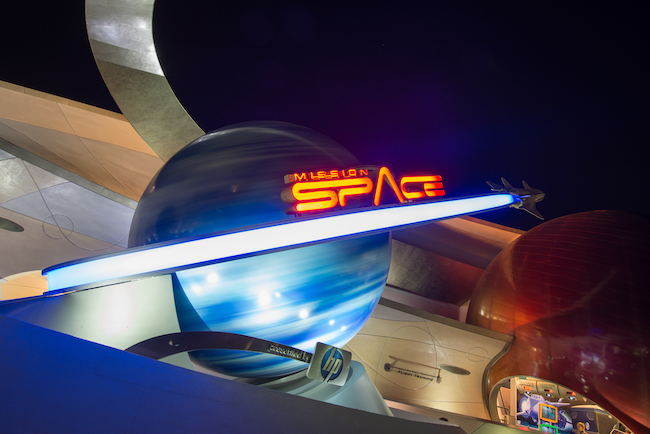 Mission: SPACE is one of those Disney rides that you either love or can’t stand. My family… well, let’s just say we don’t ride it anymore. More on that later.

But no matter how you feel about the attraction, you have to admit that it’s really a feat of Imagineering and a truly innovative experience.

The idea to show guests what it’s really like to fly to space is a super cool idea. It’s just that not everyone’s stomachs are cut out for intergalactic travel.

Here are a few out of this world facts for you about the EPCOT attraction in Future World, Mission: SPACE.

1. The Pitch Was Unique 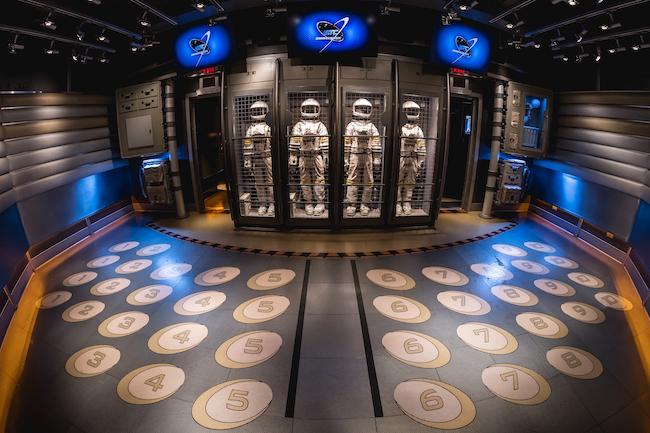 Mission: SPACE shows you what space travel is really like. Photo by Cliff Wang

It took quite a lot of manpower to create Mission: SPACE.

And it wasn’t easy to pitch the ride, either. According to Imagineer Eddie Sotto, the pitch was an interesting one for sure.

“The funny thing about Mission: SPACE is that we really wanted management to know the ride experience was going to be unique,” Sotto said.

Sotto demonstrated the ride for management, “In order to get the funding to convince them, I had to lie on my back, suspended between two chairs, facing the ceiling, making all manner of ‘communications chatter’ and engine noises, contorting my face to simulate the sustained G forces on my body.”

I would have loved to have been inside that room to catch a glimpse of Sotto’s pitch! 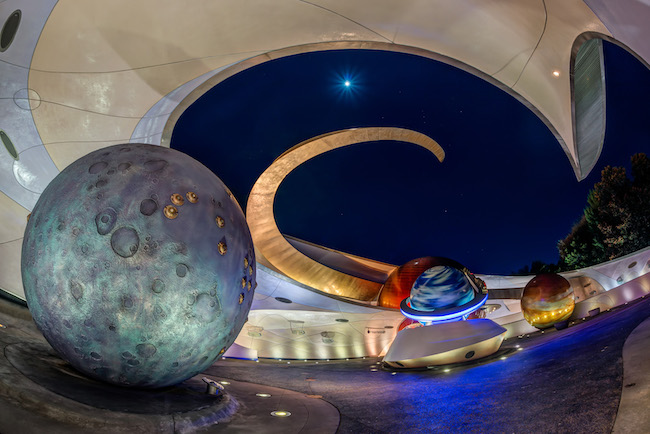 See the gold spots on the moon? Photo by Cliff Wang

There are several commemorative items throughout the Mission: SPACE area, from lunar rovers inside the queue to plaques with quotes on them in the Planetary Plaza outside.

The plaza is full of giant replicas of planets in our solar system, making a really awesome display.

If you look at the replica of the moon, you’ll notice gold spheres all over it.

These spheres on the moon represent the 26 moon landing missions the United States and the Soviet Union took from 1959-1979!

3. The Answer To Life, The Universe, and Everything 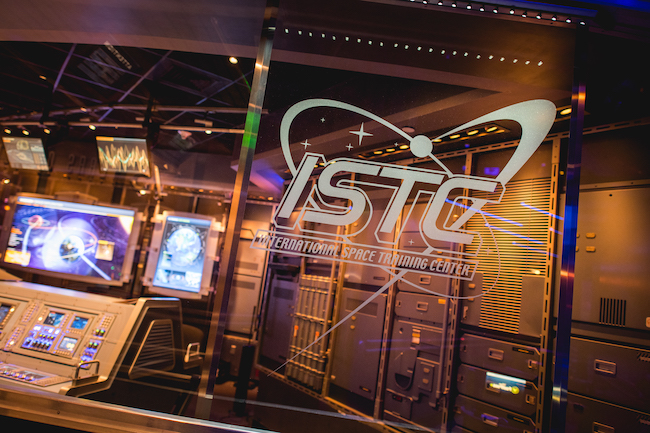 Space is such an interesting topic to us humans, so it’s no surprise there’s a vast amount of space themed attractions, shows, and movies out there.

I’m a big fan of Douglas Adam’s The Hitchhiker’s Guide To The Galaxy, and it seems the Imagineers who made Mission: SPACE might have been as well.

In the queue, as you’re entering the Training Ops bay, look above the door to see the number 42 painted on the wall.

According to the book, that number is the answer to life, the universe, and everything.

Is this a reference to The Hitchhiker’s Guide To The Galaxy? I’d like to think so. 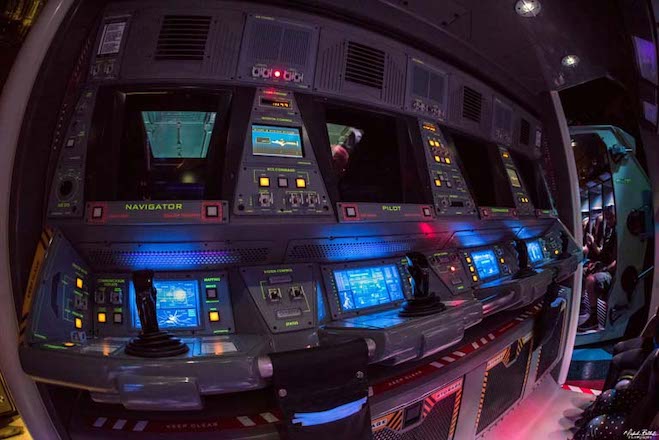 Disney is all about subtle touches and little nods to attractions past.

Horizons was a ride that displayed visions of the future and future technologies, with multiple endings. Guests could select between space colonization, arid-zone agriculture, or ocean colonization.

Inside the Mission: SPACE queue, you’ll find a nod back to this attraction.

In the center of the rotating gravity wheel, the image in the center is the Horizons logo!

5. A Room Dedicated To… Vomit? 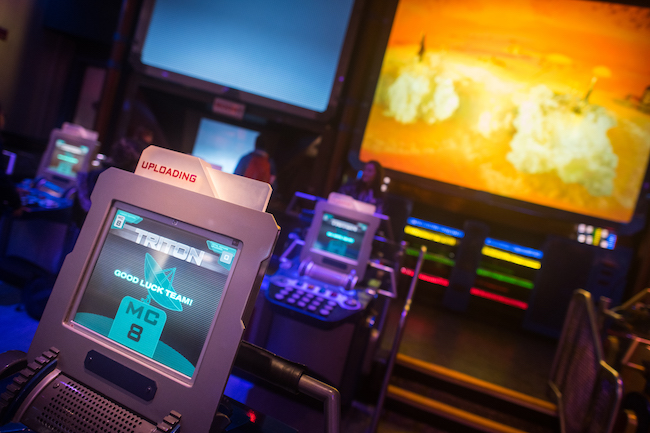 Get ready to blast off! Photo by Cliff Wang

Mission: SPACE is one of the only rides that comes equipped with “motion discomfort” bags inside the ride vehicle, and for good reason.

No matter if you’re riding the intense Orange version or the slightly less intense Green side, there’s a good chance you’ll end up a little queasy.

When you get off the ride, there’s even a closet right off the exit that houses only a trash can. You can guess what it’s there for.

I know of the existence of this closet because of personal experience. Many years ago, on a trip with my family, we all set out to ride Mission: SPACE. My dad assured us we’d be fine.

Well, we weren’t all fine. Surprisingly, I was okay, but another member of my family didn’t fare so well.

We walked off the ride, and a Cast Member took one look at my family member and opened the closet to usher them to the trash can. The Cast Member even said they were “the first one of the day!”

We spent the next couple hours of our trip recovering in the air conditioned Electric Umbrella.

Want even more fun facts about your favorite attractions? Subscribe to our newsletter today!