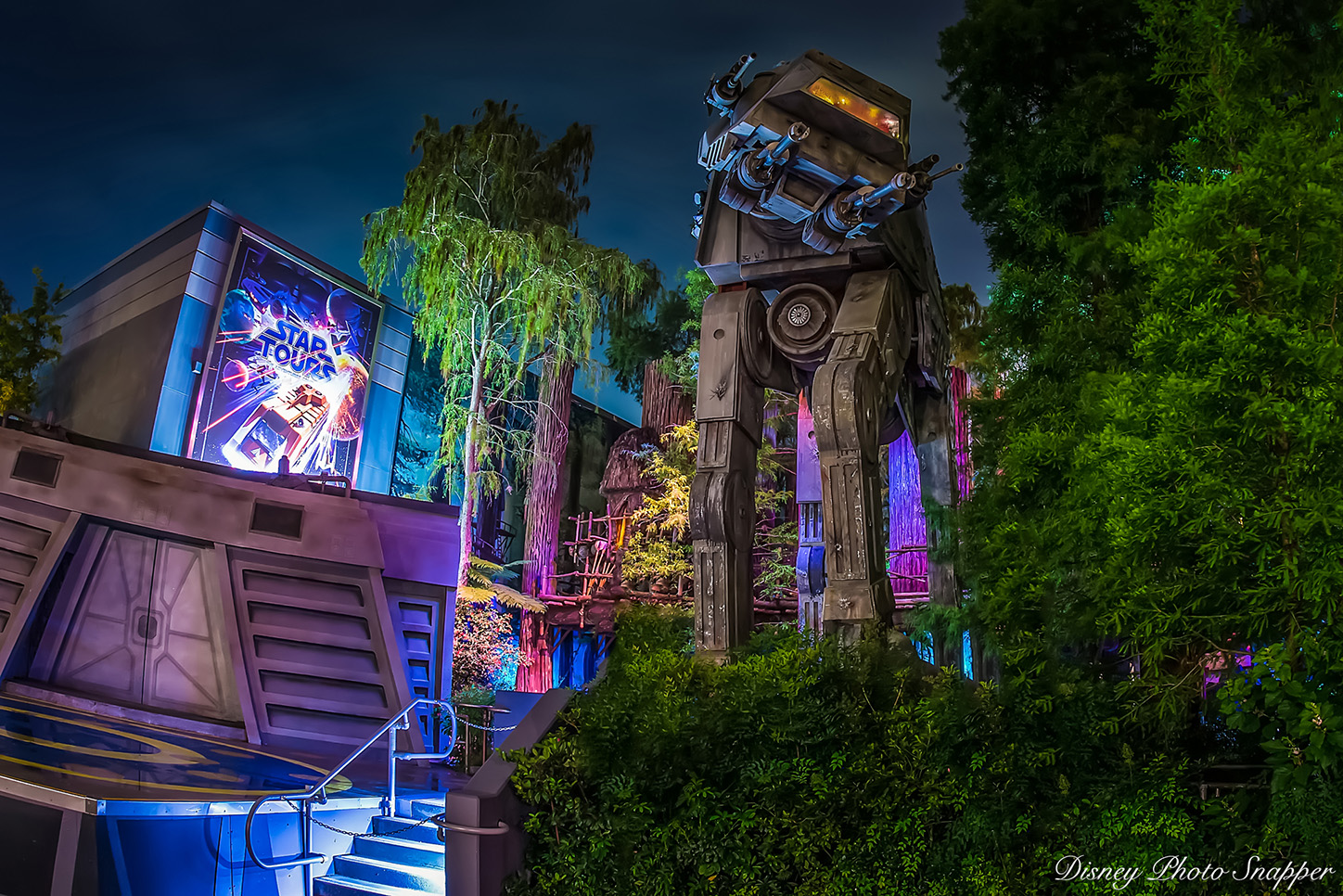 Long before Disney acquired the Star Wars franchise, you could travel to a galaxy far, far away on Star Tours: The Adventure Continues at Disney’s Hollywood Studios.

The original ride has been around since 1989, and though it has been updated and changed quite a bit since it first opened, the premise (and fun) has always remained the same.

In Star Tours: The Adventure Continues, guests ride in a flight simulator piloted by none other than C-3P0. The ship is intercepted by Imperial (or First Order) forces, searching for a Rebel Spy. 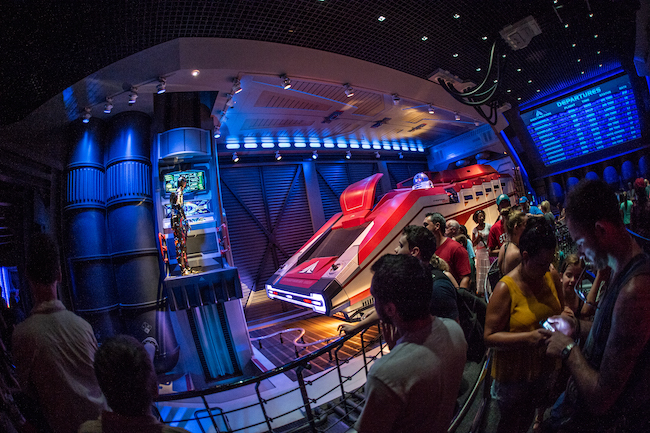 Keep your ears and eyes peeled during this queue! Photo by Judd Helms

While you’re waiting in line for Star Tours, be sure and listen to all the noises around you.

Listen carefully, and you’ll hear Egroeg Sacul and Mot Worrom being paged. Those might seem like nonsense names, but they’re not!

Mot Worrom is Tom Morrow backward. Sound familiar? On the PeopleMover in Tomorrowland, you can hear them paging Mr. Tom Morrow. He’s a robot host from Disney rides past!

And be sure to be on the lookout for a land speeder with the license plate THX 1138. THX 1138 was George Lucas’s very first film! 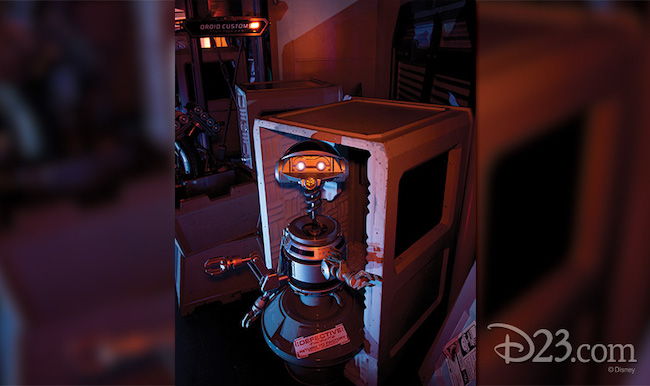 As I mentioned previously, Disney has updated and changed Star Tours a lot since it first opened.

In 2011, the ride reopened with The Adventure Continues added to the name. C-3PO now piloted the ride instead of the beloved Captain Rex robot.

Don’t worry, though! Captain Rex didn’t go away entirely. You can still find him, talking away, in the queue for Star Tours: The Adventure Continues.

Look for Captain Rex in a box labeled “DEFECTIVE.” He’s waiting with other droids to be shipped off to a new planet. 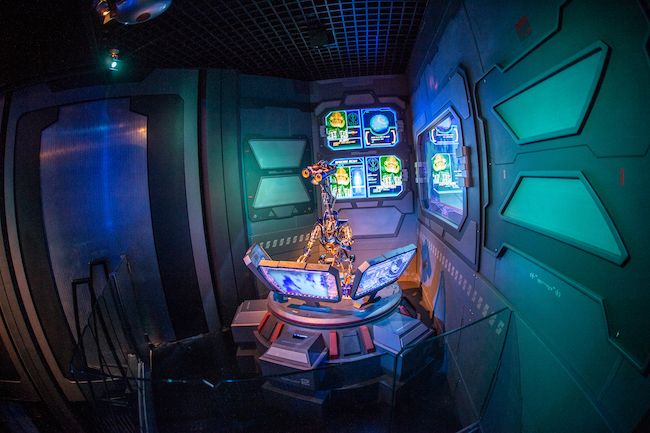 There’s lots to see in the queue at Star Tours—it’s almost an attraction in and of itself!

You might think the only references in the queue are Star Wars related, but that’s not the case.

Keep your eyes peeled and you’ll be rewarded with a Kermit the Frog robot. 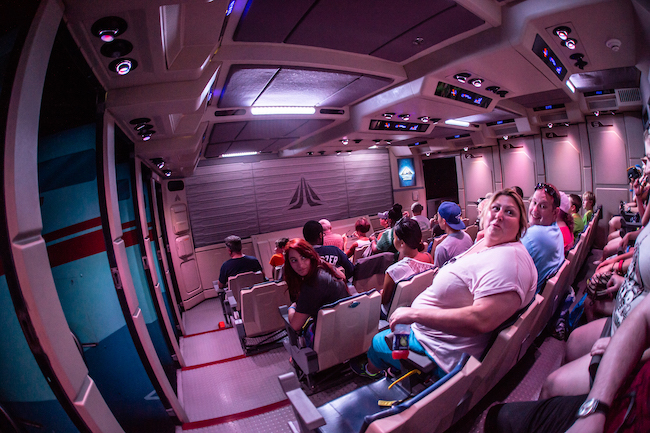 This ride isn’t for those with sensitive stomachs! Photo by Judd Helms

It’s no secret that Star Tours isn’t a ride for those prone to motion sickness. It’s a flight simulator, and it gets pretty bumpy and jostle-y.

But there’s good news for those of us with sensitive stomachs!

When the ride has an incredibly low wait time (5 minutes, which usually means no wait), ask a Cast Member about riding the ride when they do a Flight Check.

This is the process of running the attraction without all the movement. You might be able to ride it with no motion, and still get the full story and fun! 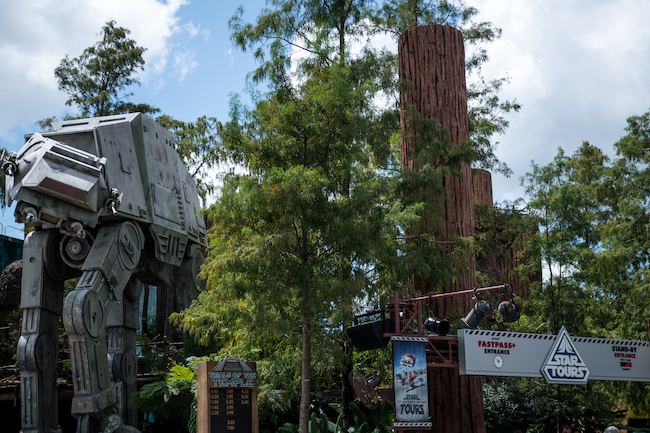 The Ewok Village is full of trees! Photo by Cliff Wang

Star Tours is built within an Ewok Village. If you’re anything like me, Ewoks are some of your favorite Star Wars characters because they are so, so cute.

Be sure and walk by the Star Tours area later in the evening, after sunset, and you’ll be able to hear the Ewoks chattering away, chanting, and drumming!

Look up into the trees, and you’ll see fires light up the Ewok’s treetop huts.

It’s a fun little treat for Star Wars fans to experience the ambiance of the Moon of Endor.

There are lots of interesting facts about Star Tours, but the biggest question I have is this: when do I get to be the Rebel Spy?!

Want even more fun facts about your favorite Disney attractions? Subscribe to our newsletter today!