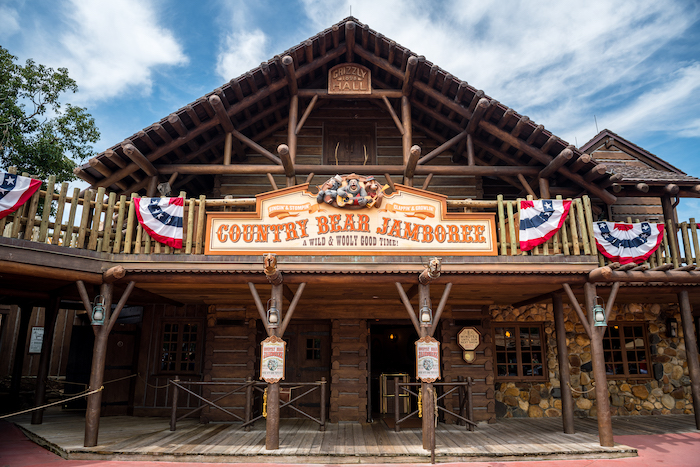 Country Bear Jamboree is the classic animatronic adventure tucked next door to Pecos Bill Tall Tale Inn & Cafe in Frontierland in the Magic Kingdom—and it’s much more than a cutesy show to take in between FastPasses (though it does make for a comfy, cool spot to rest your tootsies on a hot Florida day).

There is something magical and, much like Carousel of Progress, something just so Walt about the fun-loving bears that makes me that much more nostalgic for my favorite place on Earth.

Not only is the show itself a homage to the creativity of Walt and gang, but the Country Bears in Frontierland are also a hoot and a holler—I saw Liver Lips playfully chase a guest all the way to Splash Mountain!

You won’t need a FastPass, but you might wanna grab your gunny sack and a fishin’ rod as we explore some little known facts that make this classic attraction so darn special!

Take a virtual seat, then check out our fun facts below! 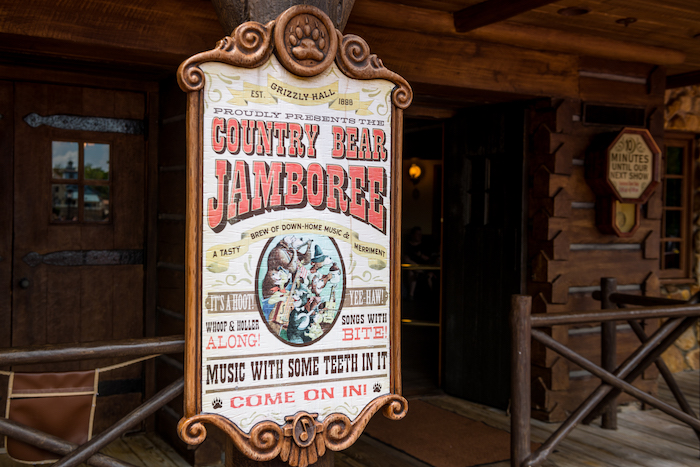 For those of us lucky enough to have visited Walt’s inaugural park, Disneyland in California, you know that there are many attractions that are replicated, typically springing from the original park and transferring to Disney World when it would later open.

But not Country Bear Jamboree! This one is not only a Walt Disney World original, but it was so successful, Disneyland had to follow suit. And not only with the show itself—in 1972 Disneyland opened an expansion called ‘Bear Country’ for a whopping 8 million dollars!

2. Jingle Bears, Jingle All the Way! 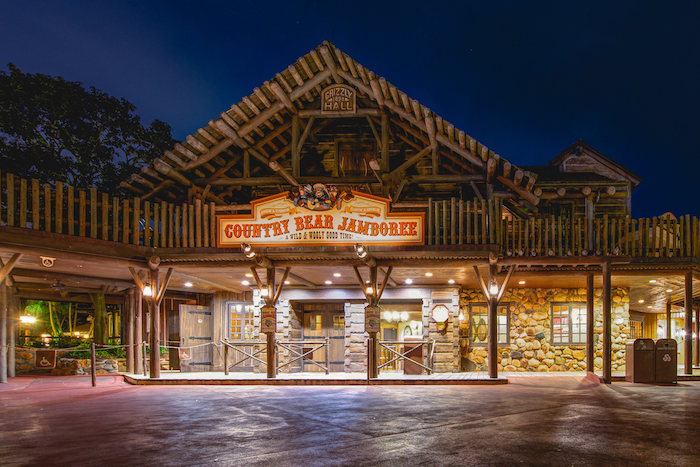 Until 2006, there was a holiday overlay for Country Bear Jamboree! Photo by Cliff Wang

Why this gem of an addition went away, I’ll never know!

Much like our transforming landmarks such as Cinderella Castle to Dreamlights Castle, and the Tower of Terror as the Tower of Presents at Hollywood Studios, Country Bear Jamboree also had a holiday makeover during the most magical time of the year.

I bet I’m not the only one who would love to see this rootin’ tootin’ good ole’ time make a reappearance for holiday seasons in the future!

3. Pooh and Country Bears Friends, Too!

While Disneyland was growing out of the appeal of these slow-as-molasses talking bears, they still wanted to maintain some of the magic it had brought guests over the years. 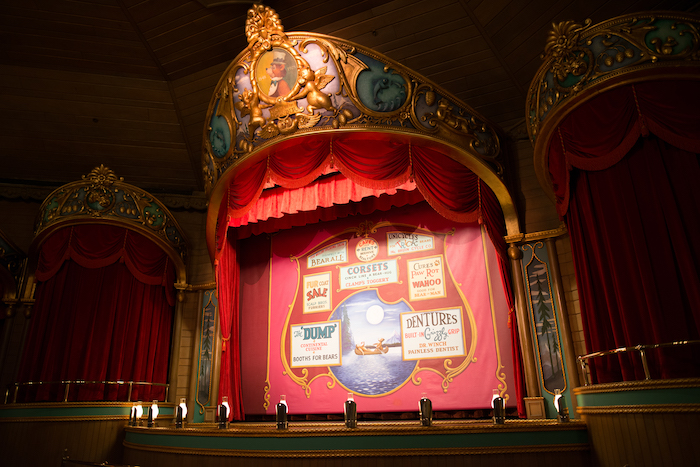 When ‘The Many Adventures of Winnie the Pooh’ replaced Grizzly Hall in the ‘90s, Imagineers maintained a few Country Bear artifacts—the heads of Buff the Buffalo, Max the Deer, and Melvin the Moose can still be spotted if you turn around just before you enter the Hunny Heaven room.

4. I’ve Always Been a Pepsi Gal, Myself

Over the years, different lands, and even attractions themselves have been sponsored by outside vendors.

Dinoland in Animal Kingdom was once sponsored by McDonald’s while Disney World as a whole has a partnership with Coca-Cola. 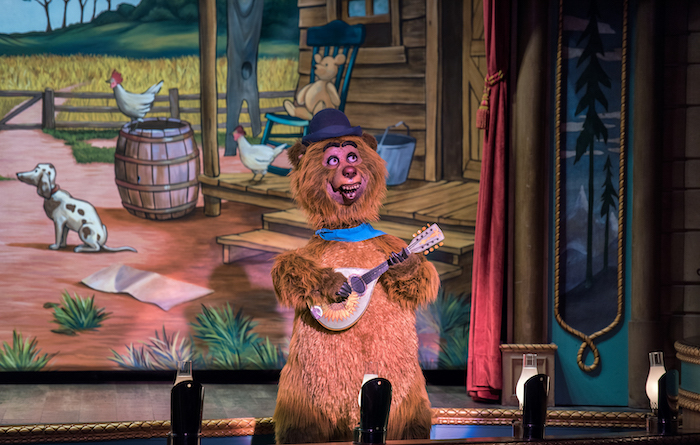 Wendell plays his heart out on the mandolin. Photo by Mike Billick

For a time, Frito Lay and Pepsi sponsored the Country Bears. Of course, if you’re not an ad buff, you may not even realize the line that Henry throws in at the beginning of the show:

Walt may not have been well whilst the idea for an all bear band show was being conceptualized (in fact, Walt passed only weeks after viewing the sketches brought him joy and laughter) but he loved the idea every bit as much as his creative staff. 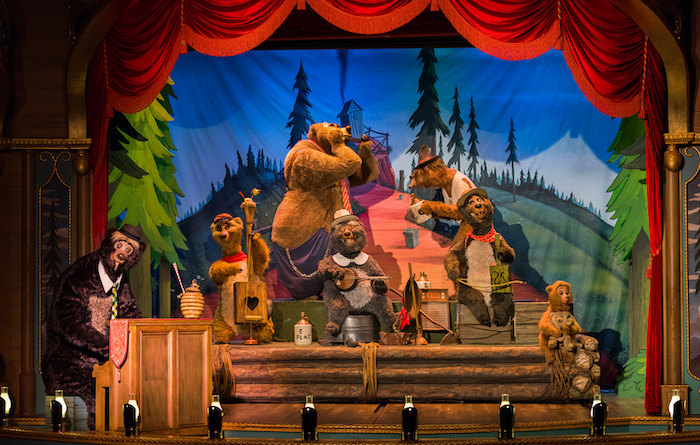 This beloved show is a true Walt original, though he didn’t see it from start to finish. Photo by Mike Billick

While it was a few years down the road without Walt that Country Bear Jamboree was brought to life, it’s wonderful to know that Walt would have surely approved of this wacky bear group.

Country Bear Jamboree is right on par with the usual magic of Disney and all that it entails. The fact that these goofy rag-tag bear pals found a place to call home not only in Disney World but on the West Coast and even in Tokyo Disneyland speaks volumes to their influence.

As Disney grows and changes, there is so much that Walt himself never laid eyes on—even though his influence can be seen a thousand times over regardless.

It’s a beautiful thing to watch this show knowing that Walt, our Disney daddy, smiled upon it before he even knew what it would become.

I love this show to the moon and back, and will always find such childlike enjoyment from the most adorable, delightful attraction in the wilderness!

Did you know we cover a new attraction in every edition of WDW Magazine? Check it out and subscribe to our print or digital edition today!