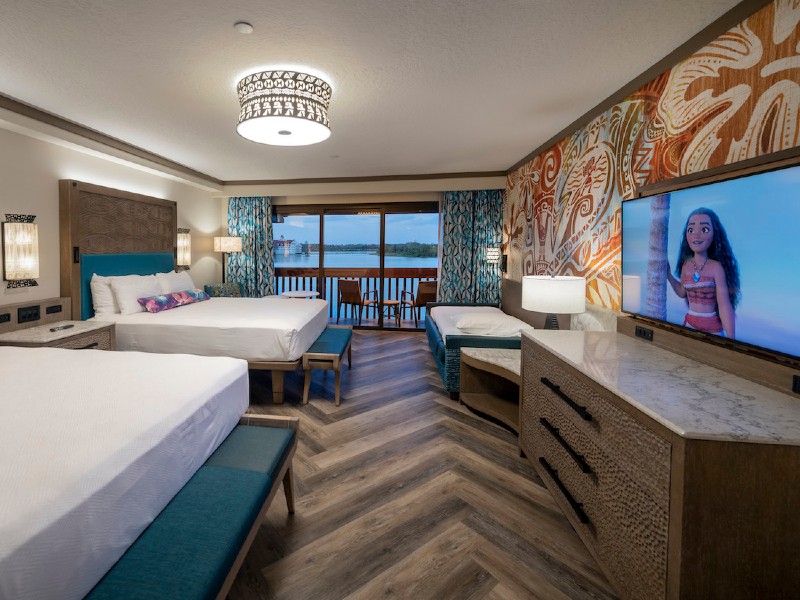 Some people were worried about the incorporation of Moana into these guest rooms (the Orlando Sentinel revealed the Moana addition in August 2020), but, in my opinion, Disney outdid themselves and these rooms are stunning!

They look modern and have the right amount of Moana without being too childish.

Now, let’s take a look at the released photos! 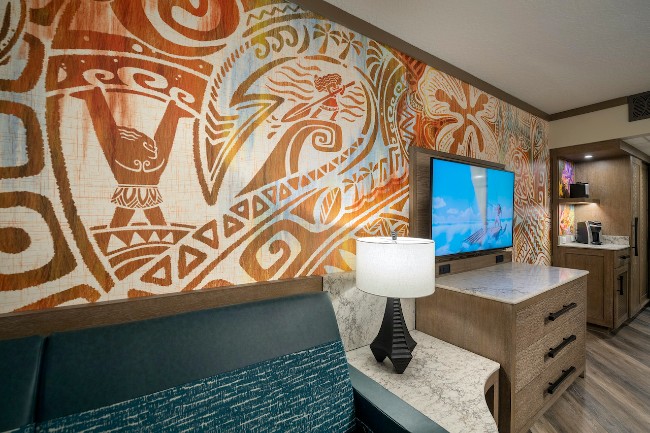 Can you spot Maui? Courtesy of Disney Parks Blog

If you look closely at these photos, you’ll see characters from the movie, including Maui, Hei Hei, Pua, and, of course, Moana. The many details, patterns, and textures were also taken from the animated film.

Not only is Moana a big inspiration to the rooms, but the new color palette is inspire by the Pacific Ocean and its islands. 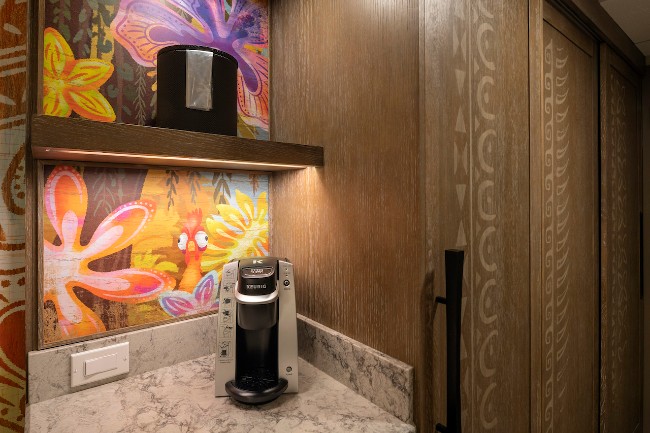 Let’s have some coffee with Hei Hei. Courtesy of Disney Parks Blog

The rooms also have brand new furnishing and fixtures. For example you’ll see several specific details in the bathroom.

As noted by the Disney Parks Blog, “In the bathrooms, for instance, Disney Imagineers took inspiration from the sandy ocean floor for the tiles and carved details in the vanity.” 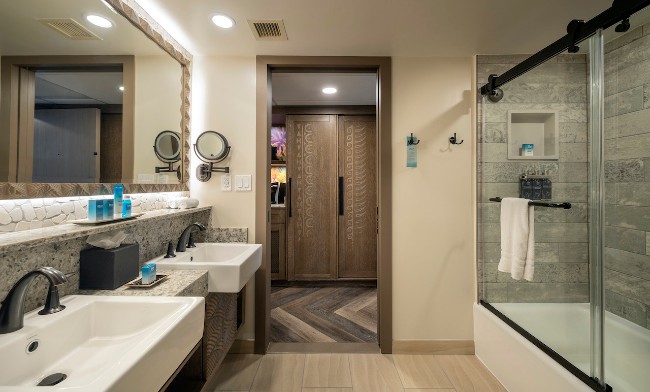 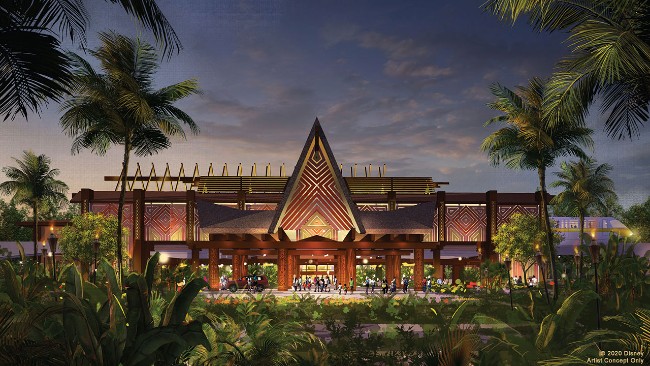 The Polynesian is currently undergoing a major refurbishment that will see an update to the Great Ceremonial House, the gardens and fountains at the entrance, and to the Monorail station.

The resort is set to reopen in summer 2021, but a specific date hasn’t been announced yet. We will definitely keep you in the loop!

Speaking of refurbishments, you can keep tabs on what’s closed across WDW with our handy guide. 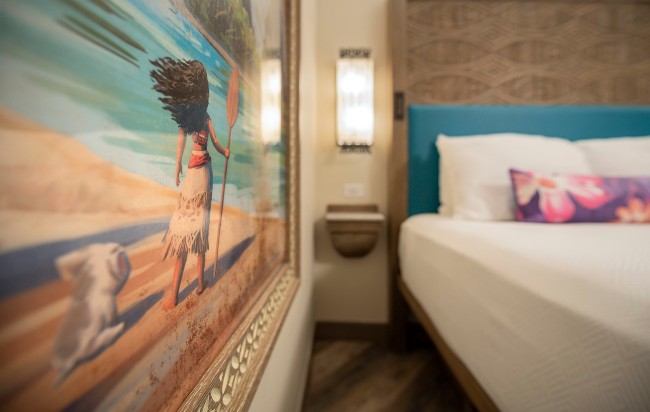 Is this Moana and Pua artwork for sale? Courtesy of Disney Parks Blog

Guests haven’t been able to make reservations at the resort since the refurbishment was announced, but not anymore! The Polynesian is now accepting bookings for late July 2021.

Also know that the Polynesian Villas & Bungalows are open and accepting new reservations.

If you want to book a room at the Polynesian, contact a Destinations to Travel agent to help with your booking and planning needs!

What do you think of the Moana-inspired rooms at Disney’s Polynesian Resort? Tell us in the comments on our Facebook page!