As a Disney fan, you are undoubtedly aware of Funko and its lines of collectibles, from the iconic Funko Pops to the highly coveted Loungefly bags. But have you played any of its tabletop games?

Funko’s lines of vinyl figures are great on a shelf, but the Marvel Battleworld game allows you to connect small versions of the figures you’ve come to love while also putting them to work.

As a Funko fan, I know it takes very little effort to convince one of us that we need more figures from the company.

There have been four series of Marvel Battleworld so far, but all of them operate on the same basic gameplay. You have figures of your team of heroes, called hero movers, and cards that tell you all of their stats. You draw battle cards with enemies that have to do with the current series and fight to defeat them with dice rolls.

As you play the game, you also have opportunities to break new figures out of the blind capsules, called Thanostones, that come with your version of the game. You can start with a Mega Pack to get six figures exclusive to each series, and then buy battle balls for two additional characters each. 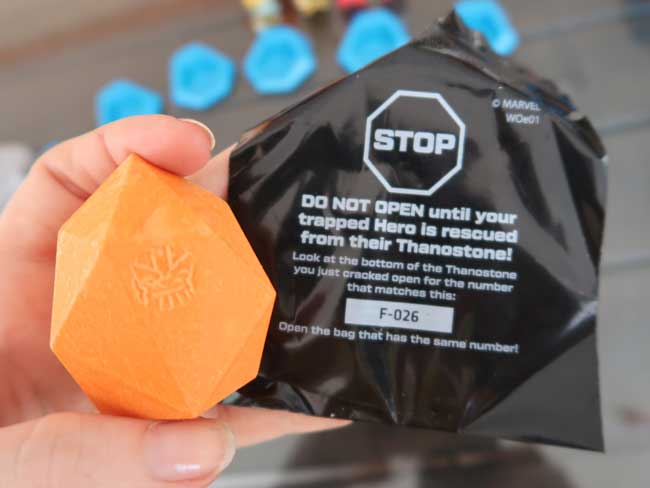 An uncracked Thanos Stone from the first Battleworld series. Photo by Rain Blanken

All of this sounds pretty basic, but that is on purpose. It’s highly customizable for your playing situation. If you’re looking to kill some time alone, the game can be played solo. It can also be modified for up to five people and changes based on how many hero figures you have. 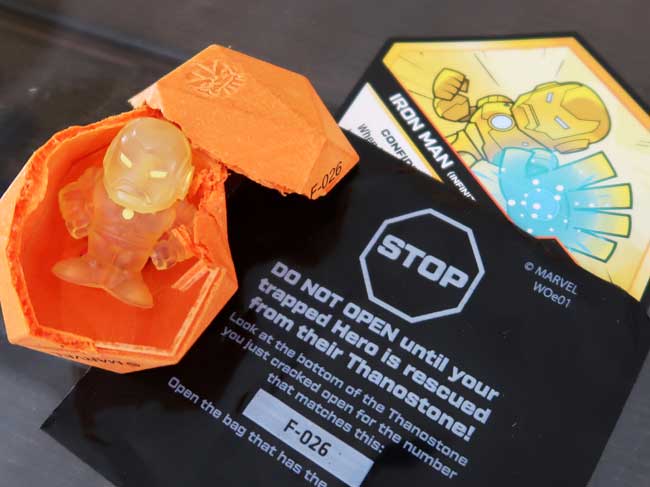 An infinity version of Iron Man emerges from a Thanos Stone in the first gen of the Battleworld series. Photo by Rain Blanken

If you’ll be traveling for the holidays, Marvel Battleworld could be something good to pack for older children as something to keep them busy or share with others.

As with all things Marvel, you might actually know about Marvel Battleworld without being aware of the Funko game. When the first Battleworld game was launched in 2020, there was also a coordinating animated television show that launched on Disney+ and YouTube.

As you may know, the symbiote that turners Eddie Brock into Venom can also enhance other members of the Marvel universe. In the game, the symbiote upgrades heroes as they face Thanos to save the world.

Besides upgraded gameplay, there are of course new figures to collect and play the game. The brand announced more than 30 figures for Series 4.

Previews of figures that have been “Venomized” for this series include Spider-Ham, Groot, Captain Marvel, and Doctor Strange. New figures that don’t have Venom’s influence in their sculpts include Iron Mouse and Squirrel Girl  — my personal favorite.

When you purchase a Mega Pack, you can also get an exclusive Carnage figure with a blade arm to join your team.

If you’re considering putting this game into your annual gift exchange, make sure you order ahead—it’s sure to be a popular choice this winter.