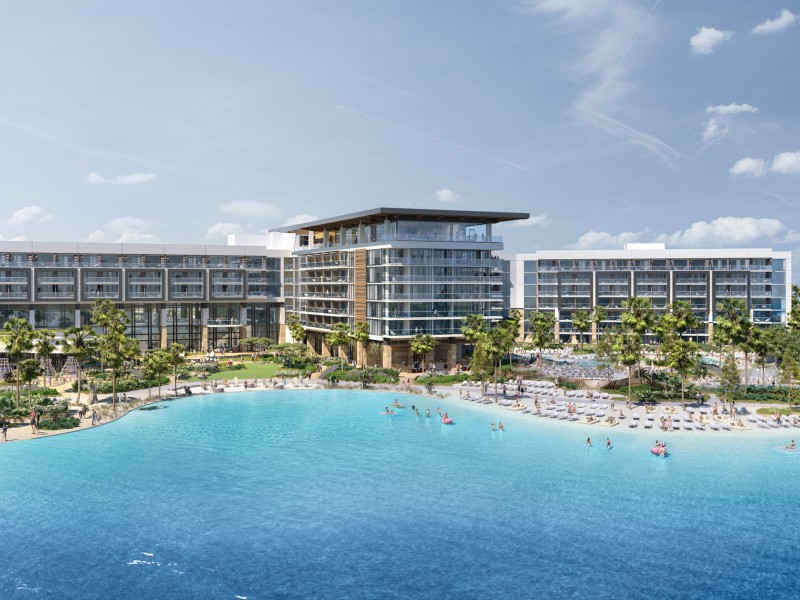 There’s a brand new resort being built right next to Walt Disney World (WDW) — the Evermore Orlando Resort. The first phase will open in 2023.

The “billion-dollar, 10,000-room resort project” is being developed by Dart Interests Florida and will feature a large-scale community of homes for those looking into vacation renting, but with hotel-quality standards.

Guests can expect flats and homes ranging from 2 to 11 bedrooms. Plus, the first-ever Orlando-based Conrad Hotel will debut at the Evermore Orlando Resort, which is part of Hilton’s luxury brand.

The Evermore Orlando Resort is said to be “just minutes from Magic Kingdom and Disney Springs.” The resort is a redevelopment of the Villas at Grand Cypress. This will be yet another option for guests who want to WDW, but don’t want to stay in a Disney Resort hotel.

“We are creating the first-ever wholly-owned, large-scale community of purpose-built vacation rental homes and operating them with hotel-quality standards and world-class resort amenities,” Christopher Kelsey, President of Dart Interests, said in a press release statement. 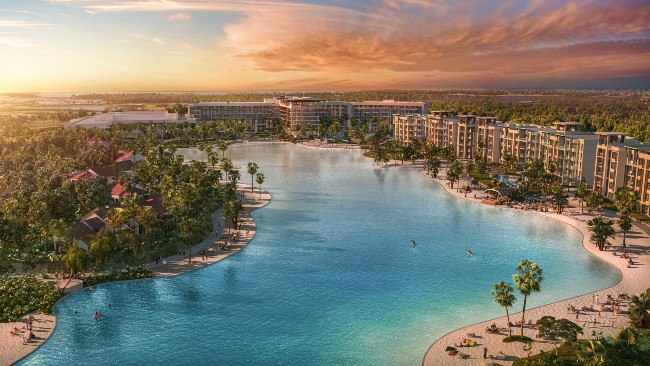 “Our approach solves the no. 1 problem for vacation renters: uncertainty in the quality of the home,” Kelsey continued. “Almost all vacation rentals are owned by individuals, each with their own unique tastes and willingness to maintain the properties. Our centralized ownership model makes it possible for our guests to be certain that they are getting a first-class home with superior safety standards.”

With that, here’s a brief breakdown of the details we know so far about the Evermore Orlando Resort. 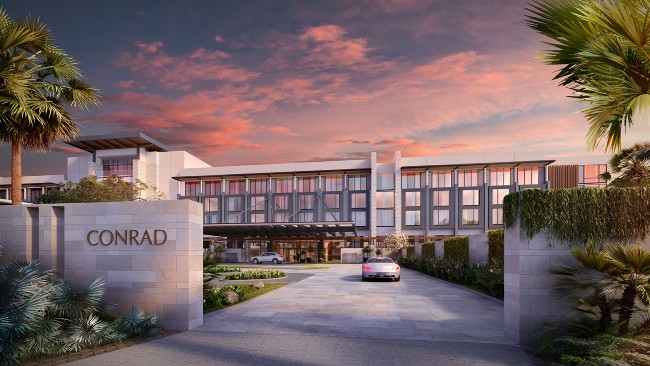 This is the Conrad Hotel, Hilton’s luxury brand, to debut in Orlando. Photo courtesy of Evermore Orlando Resort

Guests can expect Evermore’s debut to include about 1,500 bedrooms. As for Conrad, the hotel will debut with 433 rooms, including 51 suites and 10 family suites.

The hotel will also open with Hilton CleanStay, which is described as “Hilton’s industry-defining standard of cleanliness and disinfection in properties around the world.”

The Conrad Hotel will also feature: 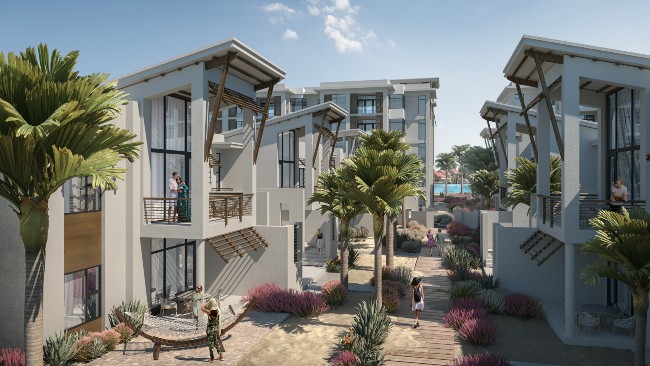 The resort complex will also feature a range of flats with multiple bedrooms. Photo courtesy of Evermore Orlando Resort

The resort will also have flats. To be specific, there will be 76 four-bedroom flats and 41 two and four-bedroom villas. 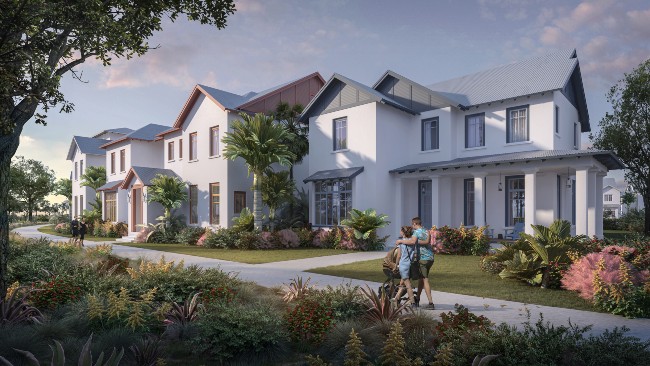 These vacation homes are yet another luxury at the resort. Photo courtesy of Evermore Orlando Resort

The current plans include the construction of 69 houses ranging in size from 5 to 11 bedrooms. 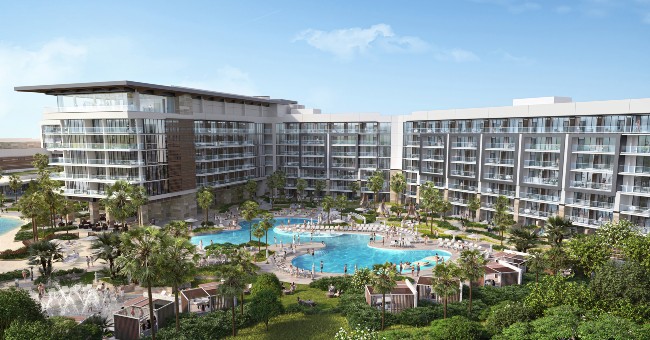 The pool deck at the Conrad Hotel is quite large. Photo courtesy of Evermore Orlando Resort

As for amenities, well, there’s a lot to look forward to, including a 20-acre tropical beach complex, an 8-acre crystalline water amenity by Crystal Lagoons, and a new 18-hole Nicklaus Design golf course.

Dining will include a food hall, gourmet market, and a casual resort restaurant with views of the golf course and the bay. There will even be a two-story Boathouse for weddings and private events.

Hoping to stay here one day? Reservations for the Evermore Orlando Resort are set to open in 2022 with the grand opening slated for summer 2023!