EPCOT Changes: Everything You Need To Know! 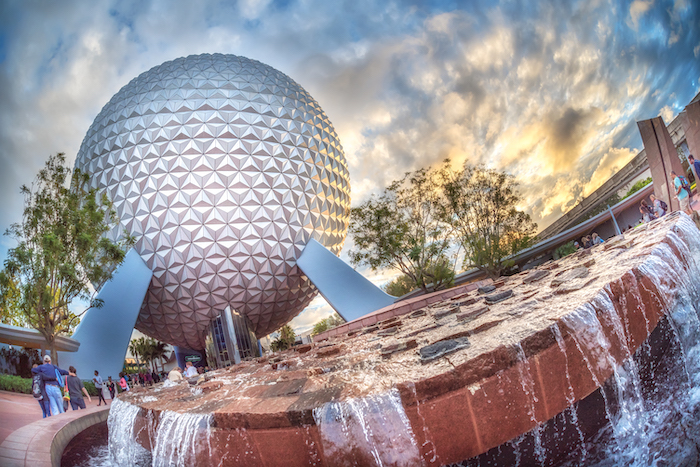 It can be hard to keep up with all the updates as the many EPCOT changes progress. When is Spaceship Earth actually closing, and what is this I hear about a Ratatouille ride?

We’re here to help you wade through the information and keep it clear and concise! Plus, we’ll make sure all our information is totally verified before passing it along to you.

Disney recently announced an entire overhaul of EPCOT as we know it. We learned that Future World East and Future World West will experience the brunt of the re-do, with several attractions and additions also coming to a few of the World Showcase Pavilions.

One major change with Future World is the name—it will no longer be called Future World. Instead, EPCOT will be broken into four distinct areas.

Check out how the new EPCOT lands will be laid out! Concept Art Courtesy of Disney Parks Blog 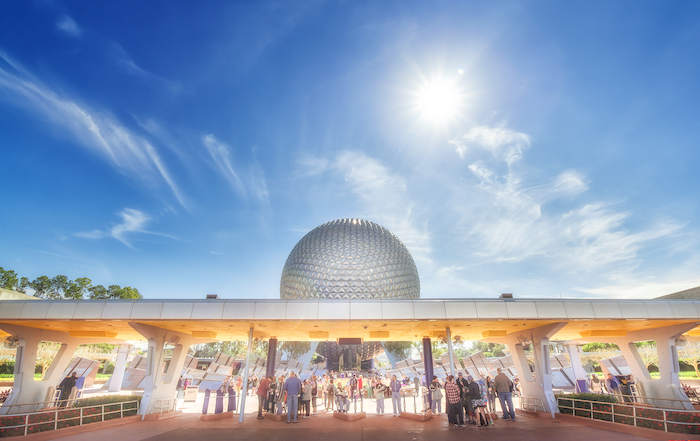 This won’t be the entrance we’ll see at EPCOT anymore! Photo by Judd Helms

There’s also a big change coming to the entrance of EPCOT, which will receive a makeover that will “pay homage to the original park entrance with fresh takes on classic elements,” according to Disney Parks Blog.

Disney has stated that our beloved Spaceship Earth will keep many of its core elements, and many favorite scenes will be updated, but still remain intact. In addition, new scenes will be added and blended seamlessly with the old to create a magical storyline.

Egypt in Spaceship Earth will be brought to light in a whole new way! Concept Art Courtesy of Disney Parks Blog

One example is the way Disney plans to transform Spaceship Earth’s Egypt section, seen in the photo above.

The new story and narration will focus on the story of humanity, following prehistoric times all the way to modern day. One key element we’ll find in the new Spaceship Earth will be the central theme of light, and how it plays a role in the human experience.

Two new pavilions are debuting at EPCOT, one focused on play, while the other is going to be a center-piece for all of EPCOT. 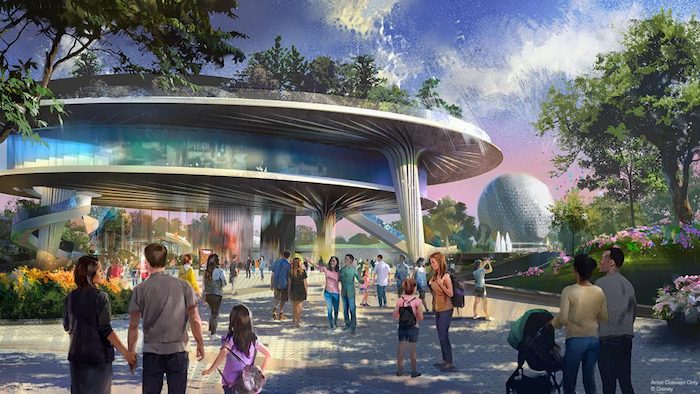 The new pavilion at EPCOT will be an architecturally stunning piece. Concept Art Courtesy of Disney Parks Blog

The major pavilion addition is a large, three-level structure that will allow for sweeping views of the park, a great space for live events, and a home base location for EPCOT’s signature festivals.

There will be a plaza level, an expo level, and the top-level will be a park that sits in the sky! The new pavilion will be located in World Celebration. 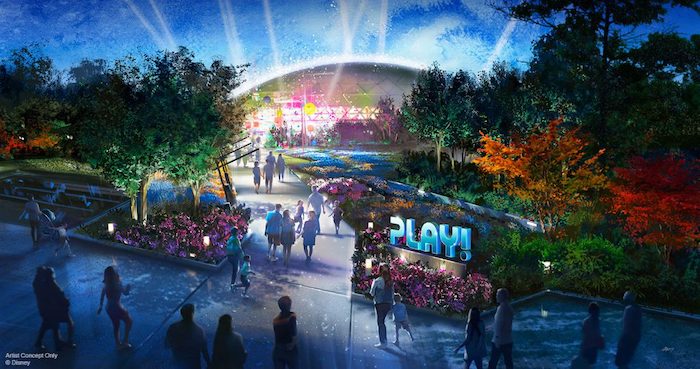 The new play pavilion at EPCOT will be a one-of-a-kind immersive experience! Concept Art Courtesy of Disney Parks Blog

The play pavilion is taking over the area currently known as “Wonders of Life” (this is inside the new World Discovery section). While the new pavilion doesn’t have a name yet, we do know a few things about it.

The area will be an entire city, dedicated to fun and play. It will be teeming with interactive experiences, favorite Disney characters, and hands-on entertainment. We can expect this to open in time for Walt Disney World’s 50th anniversary, sometime in 2021!

Space 220 is a new immersive theme restaurant coming to the Mission: SPACE area at EPCOT.

When you enter the restaurant, you’ll board a special elevator that will take you to a space station 220 miles above the Earth’s surface. Windows will give you beautiful views of Earth (from space) during both daytime and nighttime!

See views of Earth you won’t get anywhere else! Concept Art Courtesy of Disney Parks Blog

Of course, you’ll get to enjoy some out-of-this-world food on your journey into space.

Though no date has been specified, this restaurant is set to open soon in World Discovery!

Guardians of the Galaxy Coaster

Guardians of the Galaxy: Cosmic Rewind will be Epcot’s first roller coaster! 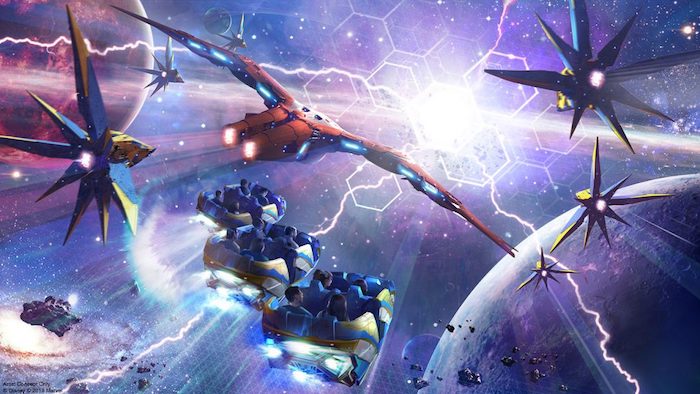 Go on an epic adventure with the Guardians of the Galaxy in EPCOT’s new coaster! Concept Art Courtesy of Disney Parks Blog

The coaster will feature a reverse launch (which means you’ll take off facing BACKWARDS), and ride vehicles that rotate a full 360 degrees for total story immersion—you’ll get to see all of the action. Check out the ride vehicles here!

You’ll start off in an exhibit called “Galaxarium,” which showcases “the similarities and mysteries of the formation of Earth’s galaxy and Xandar,” according to Disney Parks Blog. Of course, everything is going smoothly until the Guardians of the Galaxy show up. Then the real fun begins!

Cosmic Rewind will open at World Discovery in EPCOT in time for the 50th anniversary of Walt Disney World, so be sure and check it out in 2021!

This ride comes from the popular attraction already running at Disneyland Paris, where guests are shrunk down to Chef Remy’s size and take an adventure-filled ride through Gusteau’s kitchen and restaurant. 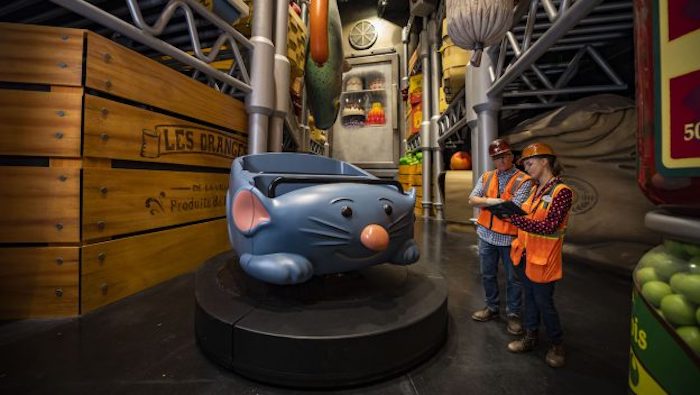 Who wouldn’t be excited to ride around in this cute Remy themed car! Image Courtesy of Disney Parks Blog

Disney has also released images of the ride vehicles, and they are oh-so-adorable!

Last October, we said goodbye to IllumiNations, EPCOT’s nighttime spectacular which had run for 20 years. 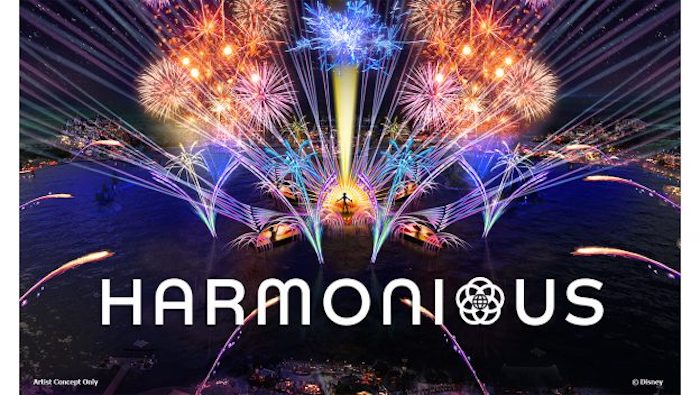 Harmonious is taking over after Epcot Forever has its year-long run! Concept Art Courtesy of Disney Parks Blog

During 2020, you can see Epcot Forever, a show that celebrates the past, present, and future of EPCOT, and its “spark of imagination.” Epcot Forever is somewhat of a placeholder show—after a year-long run, Harmonious will replace Epcot Forever.

We watched Epcot Forever when it first debuted in October! You can read about that here.

Harmonious is one of the largest nighttime shows to ever be created for a Disney Park. To learn even more about both Epcot Forever and HarmonioUS, and to view a video of some of the barges for Harmonious being built, check out the Disney Parks Blog!

There are quite a few other big changes coming to EPCOT, but many of them have not yet gotten a lot of coverage past the initial announcement. 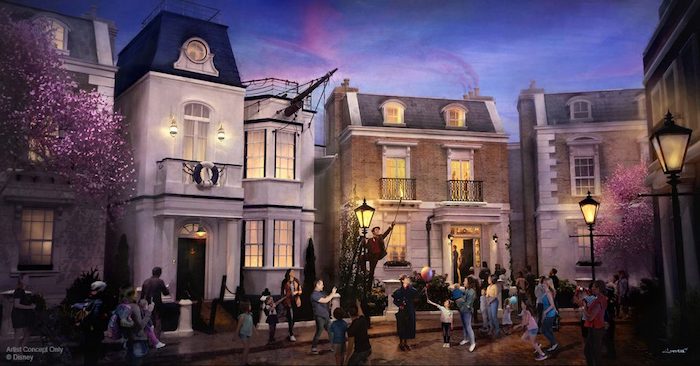 There’s not a lot of information on the Mary Poppins attraction, but the concept art looks amazing! Concept Art Courtesy of Disney Parks Blog

Here are a few things to watch out for:

And here are a few new things that have already opened, so be sure and check them out on your next trip:

There are so many changes coming to EPCOT in the coming years. If you want to be kept up to date and in the know about all the latest and greatest Disney news, be sure and subscribe to our newsletter!